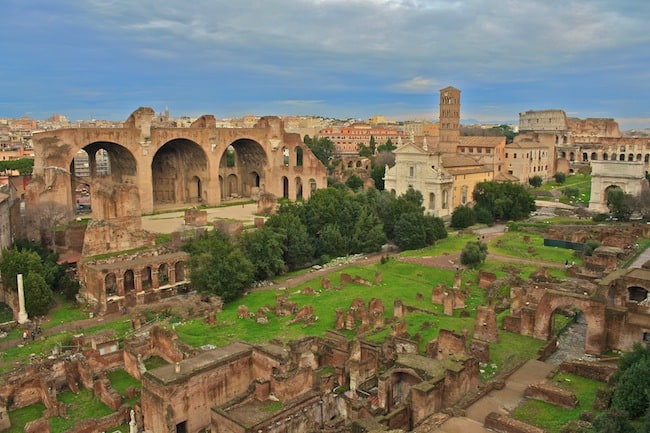 NOPE! Not on this blog!

What kind of blogger would I be if I didn’t share the crazy moments along with the all rest? I’ve shared the best hate comments with you guys and even my most embarrassing moment. I don’t know about you guys, but do you ever have an incident and thought “that would only happen to me?” This happens to me constantly, and I seem to be extremely susceptible when traveling. But I digress.

Italy, Italy, Italy. Over the years something keeps drawing me back. I love everything about this majestic, hooker-shaped boot in southern Europe. It’s both predictable and surprising, loud and comfortable, expensive and cheap, and let’s not forget scrumptious. Carbs for every meal of the day? When in Rome, right?! These “only happen to me” moments and Italy seem to go hand in hand. Every time I journey down to this tourist-flocked hub, a hilarious and potentially embarrassing moment is likely to ensue.

Here are the top 5 craziest moments that have happened to me in Italy.

What’s the craziest experience you have ever had traveling or otherwise? Dish! 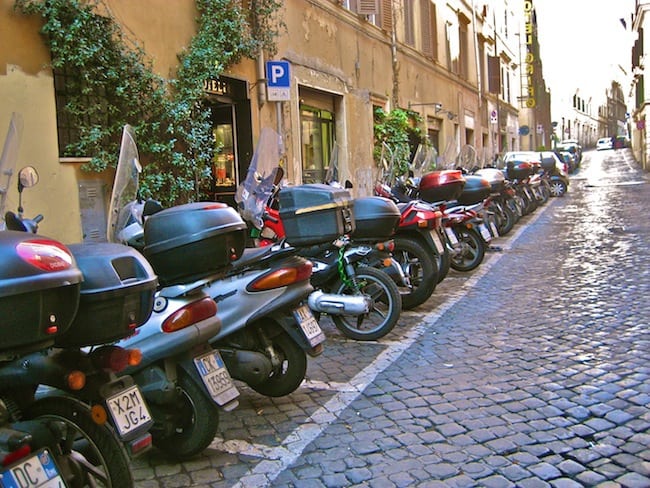 Ok, I’m not the biggest fan of Milan, go ahead and hate me. I wanted to love it, but I was far more enchanted by the little towns and villages to the north, like Como and Bellagio, than the smoggy fashion metropolis of Italy. However, everyone should go to Milan at one point in their lives to make the pilgrimage to Chiesa di Santa Maria delle Grazie to see Da Vinci’s famous fresco, the Last Supper. For me this was the holy highlight of my trip last winter in northern Italy, for me than one reason.

And what happened to make that brisk morning so unforgettable besides the 15 minutes spent gazing up in awe of arguably the most famous painting in the world? 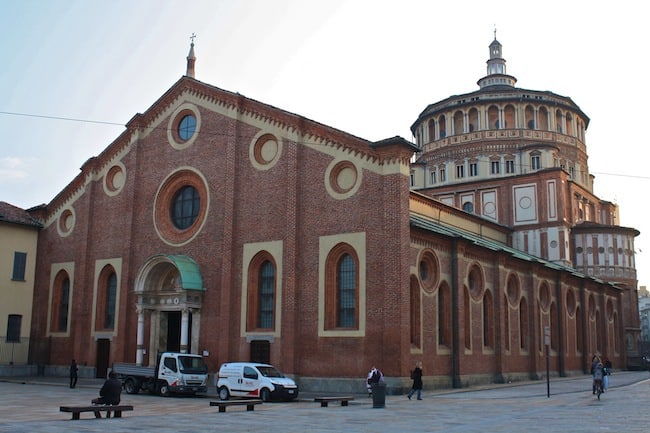 A guy grabbed my ass from the back of a Vespa outside said church!

I was stuck at a roundabout with my nose buried in a tiny, maze-like map of Milan as traffic whizzed by me trying decipher which street to head down to the Last Supper church. All of a sudden I heard a loud yell in Italian, and as I peeked my head over my map, a guy grabbed my tush! Looking around in bewilderment, I saw a powder blue Vespa speeding away carrying two young guys, yes that’s right, two men on a Vespa, only in Italy. As my mouth fell open, the guy on the back yelled something else at me and blew me a kiss before disappearing around the corner.

I wasn’t likely to forget that morning.

Ladies (or gents) have you ever had your butt grabbed in public and how did you deal? 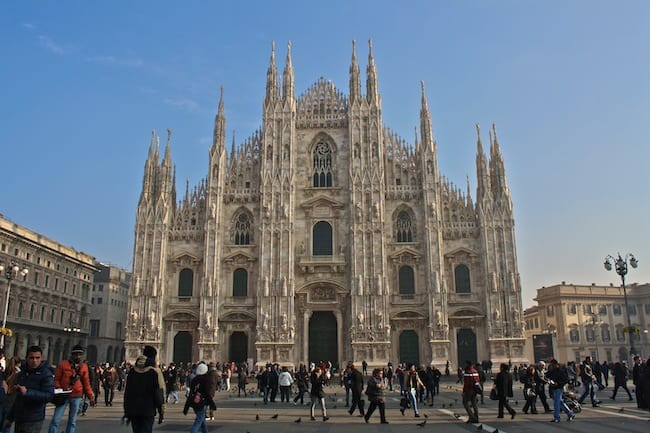 Ah Venice, that mythical, romantic, and charming city on the lagoon in northern Italy. I had heard a lot of different rumors, good and bad, about Venice from fellow travelers, but once I stepped off my first waterbus in this sacred city, I fell in love, rain and all. Unfortunately, my friends were right about one thing: the cost. Venice is expensive, no two ways about it. I was paying a fortune for a shared room in a very decrepit guesthouse along with two very cool roommies, one of whom was a very good-looking guy from Australia. 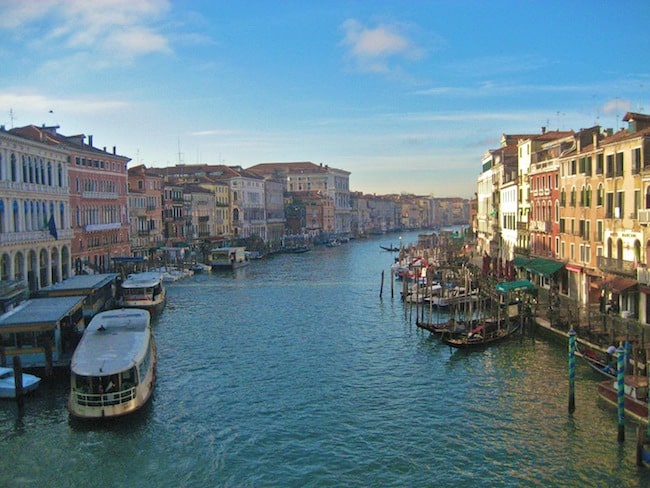 One night we were chatting for hours before going to sleep (in our respective beds, you dirty-minded readers) when I looked down and saw the BIGGEST bug in Italy crawling up my arm. Screaming bloody murder, I flung the sheets off me, hopped up and did the little “get-it-off-me-get-it-off-me” dance around the hostel room on the verge of tears in my pink plaid pajamas and giant geeky glasses, a wondrous and attractive sight to behold, I’m sure.

I didn’t sleep a wink that night for fear of another insect attack on my person but I did become Facebook friends with that guy. You win some and you lose some.

Where have you seen the biggest bug? 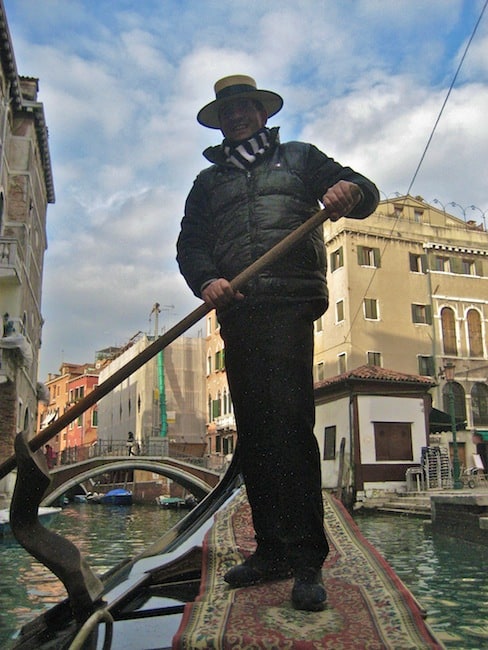 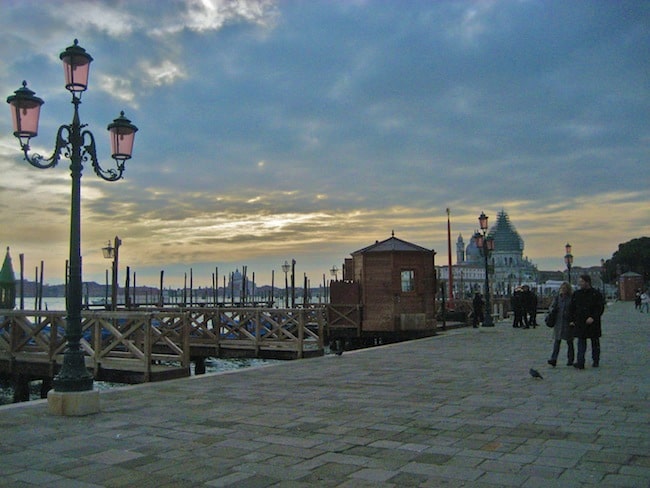 I’ve never been good about following the rules. I see something that says “forbidden” but in my head it turns into “not recommended” or “just a suggestion.” This is something I need to work on while traveling, but so far so good, I haven’t gotten myself into such deep trouble I haven’t been able to talk myself out of (knock on wood). One glaring exception to this was Florence.

I flippin’ loved Florence! Firenze in Italian (like that centaur in Harry P.), this city is one of the few that lives up to expectations. Backpacking through Italy a while back, I extended my stay there for almost a week. I hate the boatloads of tourists, so many fellow Americans ick! But I tolerated it for the art and history (remember what I big dork I am? ) 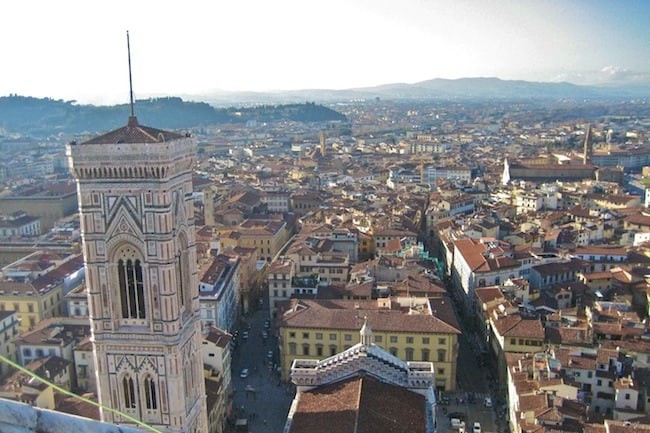 Well, my luck ended one cold winter day when I was visiting Michelangelo’s statue of David in the Galleria dell’Accademia. I spent a good 20 minutes just gazing up at it from every angle, just taking it in. How incredible is it to see history come alive? To create something so beautiful from a big chunk of marble that had already been partially carved by someone else 500 years ago? Magical. I was in art history nerd heaven.

After I finished my worship at the feet of this biblical giant, I decided I was going to risk taking a picture of David. There were signs everywhere saying “no photos” but I saw some people sneak some earlier which gave me courage, and in my head I translated “no photos” to “don’t get caught taking photos.” Trying to stand behind a column, I sneakily took my little point and shoot and tilted it up to take a quick pic. 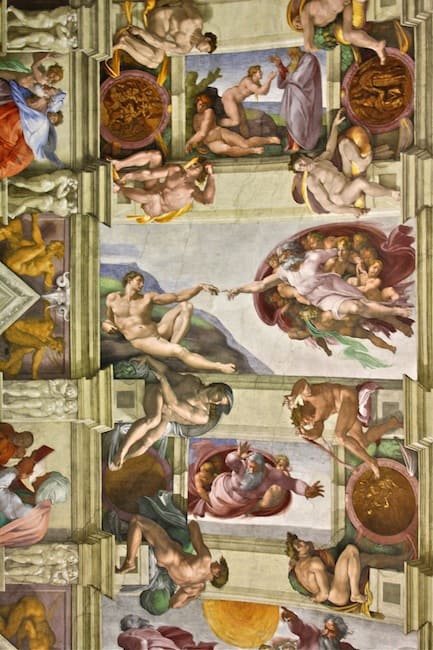 Sneak shot of the Sistine Chapel in Rome, didn’t get kicked out of the Vatican

My first mistake was that it wasn’t too crowded and all of a sudden I heard, “Miss, no photos allowed, give me your camera.” Um, not gonna happen. I quickly shoved my camera in my pocket and tried to play dumb and walk away, but apparently I got caught on this rent-a-cop’s bad day and he wasn’t hearing it. Grabbing my elbow, he proceded to lecture me loudly and drag me out of the Accademia, ignoring my loud protestations of “I didn’t know” and “you don’t understand, I’m one of the only people here who actually APPRECIATES art!” and “I would never take a photo of a painting, but this is a statue and I didn’t have the flash on.” And the worst part was the picture didn’t even turn out well. It was all dark and blurry. Double fail.

Have you ever been kicked out of a place while traveling? 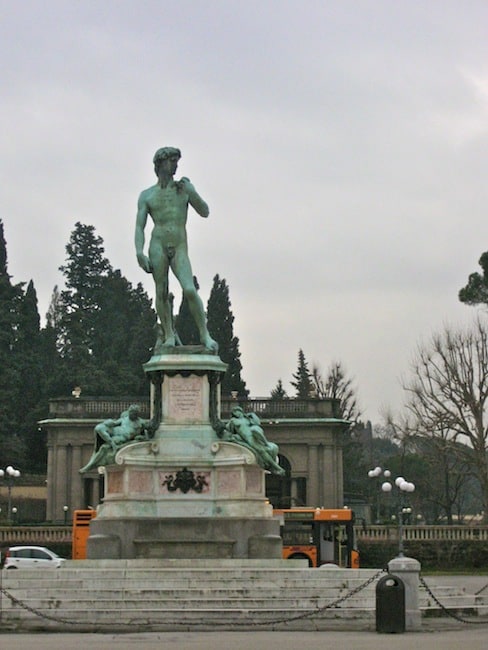 One of my favorite areas of Italy is south of Naples on the Amalfi Coast. I spent a few days there back in 2008 in the spring, meeting up with an (ex) friend from college (who is now dead to me) and also one of the reasons I don’t travel with people often. This area of Italy is spectacularly beautiful, brimming with colorful towns built right into mountain cliffs along the beautiful blue Mediterranean sea. It’s without a doubt one of the most visually stunning places I’ve ever been and almost ruined by the negative cow I was traveling with.

Have you ever traveled or been around someone so extremely negative you think they must have been dropped on their heads as a child? How can you be in such a beautiful place and be so grumpy? I have never been around someone who complained so much, she deserved a prize. After 5 days with this girl, I was on the verge of strangling her the next time she opened her mouth, that or at least throw a limoncello in her face. On the last night we took a very tense train ride back to Naples where we were sleeping in a hostel before flying home the next day. 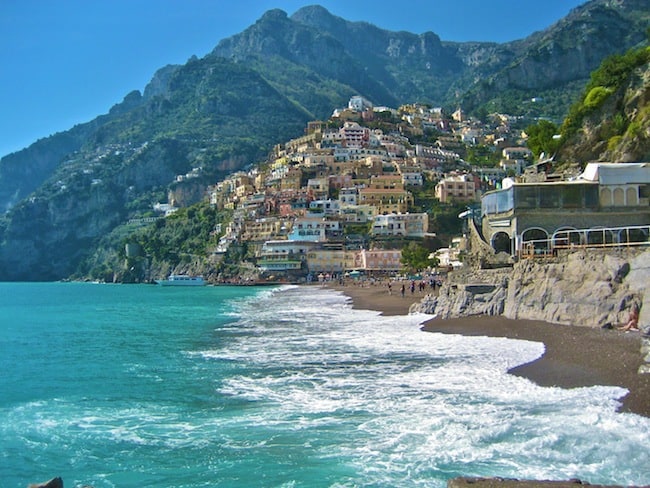 Seriously, how can you be in a bad mood here?

When we arrived in the chaotic train station, it was after midnight and Naples’ finest were lurking about and being exceptionally creepy. There had been problems in the city with protests and the trash mafia were on strike again so the city was literally filled with garbage and it was raining. Exhausted I just wanted to split a cab to the hostel to rest for my 7am flight, but oh no no no, my lovable travel companion insisted we take the bus (her insistence to take the bus around Sorrento earlier that week ended disastrously and I wasn’t about to go through that again). I finally lost it, and after a few choice words, I just left her in the station and took a cab ride to the hostel alone. And I haven’t spoken to her since, and my world is a better place for it.

I also learned my lesson not to travel with people (girls) I don’t know very well.

How do you deal with negative people on the roa 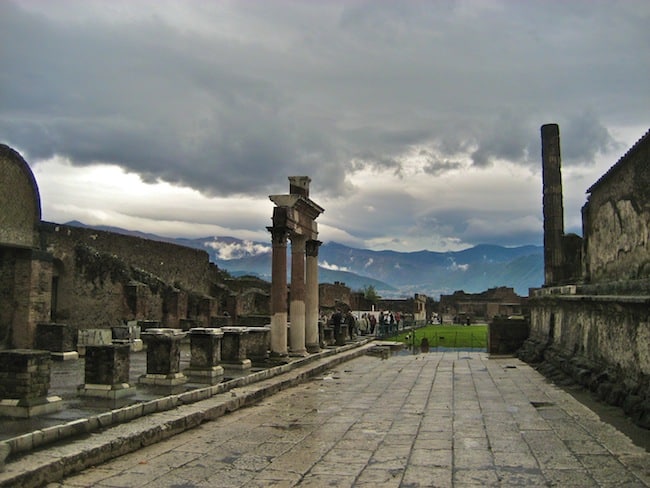 No matter what, I just can’t stay away from Rome. I spent a freezing January there on a history class trip there in college, and fell in love. Is there anywhere in the world that can match the beauty, intrigue, history or sex appeal that Rome exudes on a daily basis?

At the risk of sounding cliche, remember in Eat, Pray, Love where Liz Gilbert said the word for Rome was sex? S-E-X. I’m wondering if you can guess where I am going with this… 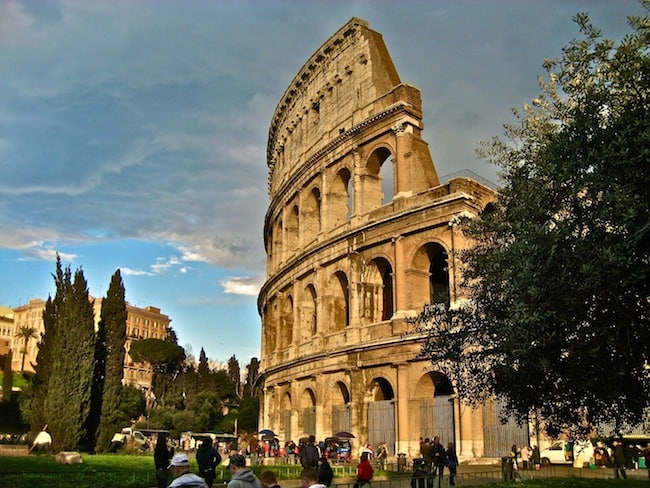 With my college girlfriends that unforgettable winter in Rome, city of sex, we would get dolled up nightly and hit the town. Especially since most of us were under 21, and we could legally and freely drink as much as we wanted. “Yes, I’ll have a liter of sex on the beach, please.” Pun intended.

One night as we were tripping our way back the hotel in high heels, sparkles, and far too much eyeliner, I fell behind the group checking my phone. Being Rome on a weekend, the streets were still filled with people even in the middle of the night. As I walked past a group of older men, one of them turned to me and said something in Italian. Shaking my head and still walking, he said it in English. I won’t demean myself and repeat it here, but let’s just it was not the first time I have been offered a glimpse into the world’s oldest profession.

Really? REALLY?! Getting mistaken for a lady of the night is NOT something a girl forgets. Since then I have toned it down on the liquid eyeliner and rouge in foreign countries, minus Spain, and have thrown out all my hoop earrings.

Has anyone ever mistaken you for being a hooker? Or have you ever been propositioned? If so, I want to hear the story! 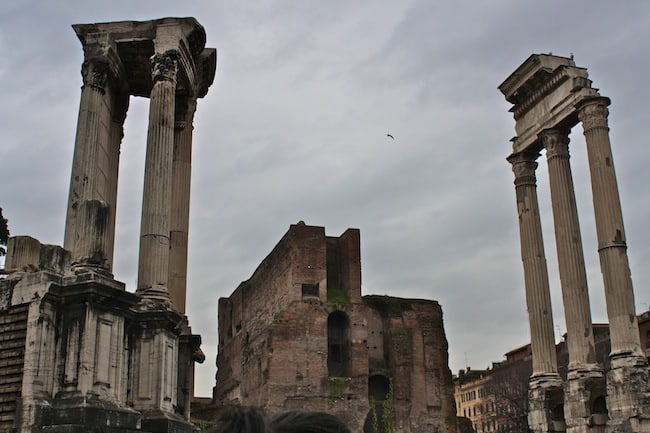 Written by Liz and was published on January 27, 2013 in Adventures, Confessions, Destinations, Europe, Italy and tagged in feature, florence, milan, naples, rome, venice

55 Comments on “My 5 Craziest Moments in Italy” 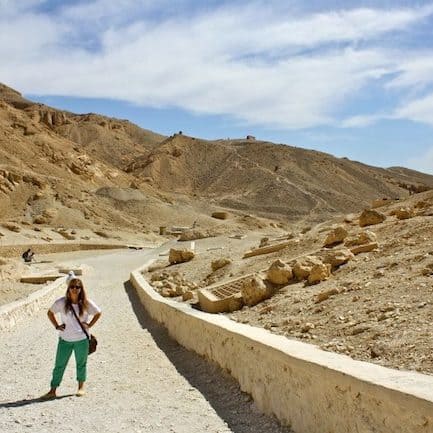 I've never been one of the popular kids. I was always picked last…Read More 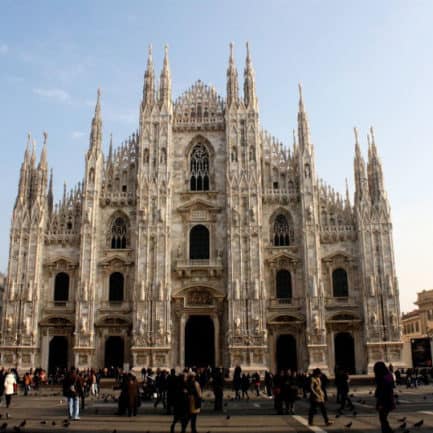