As we evolve into a more digital age, where information is shared in the blink of an eye, the mysteriousness of destinations around the world begins to shrink.

We plan our trips on blogs and get inspired on Instagram, and we often know quite a bit about a place before we ever step foot off the plane there. The more I travel the world, the harder it is I have found to be completely surprised anymore; that initial joy of “wow, I wasn’t expecting that” is much less frequent, the more stamps I collect in my passport.

When I hopped off the plane in Bishkek, Kyrgyzstan, I knew I was in for a lot of surprises.

While I did some planning and research before I flew halfway around the world to Central Asia, I avoided looking at visual sites and limited my serious planner side, hoping to be surprised.

And guys, surprised I was! 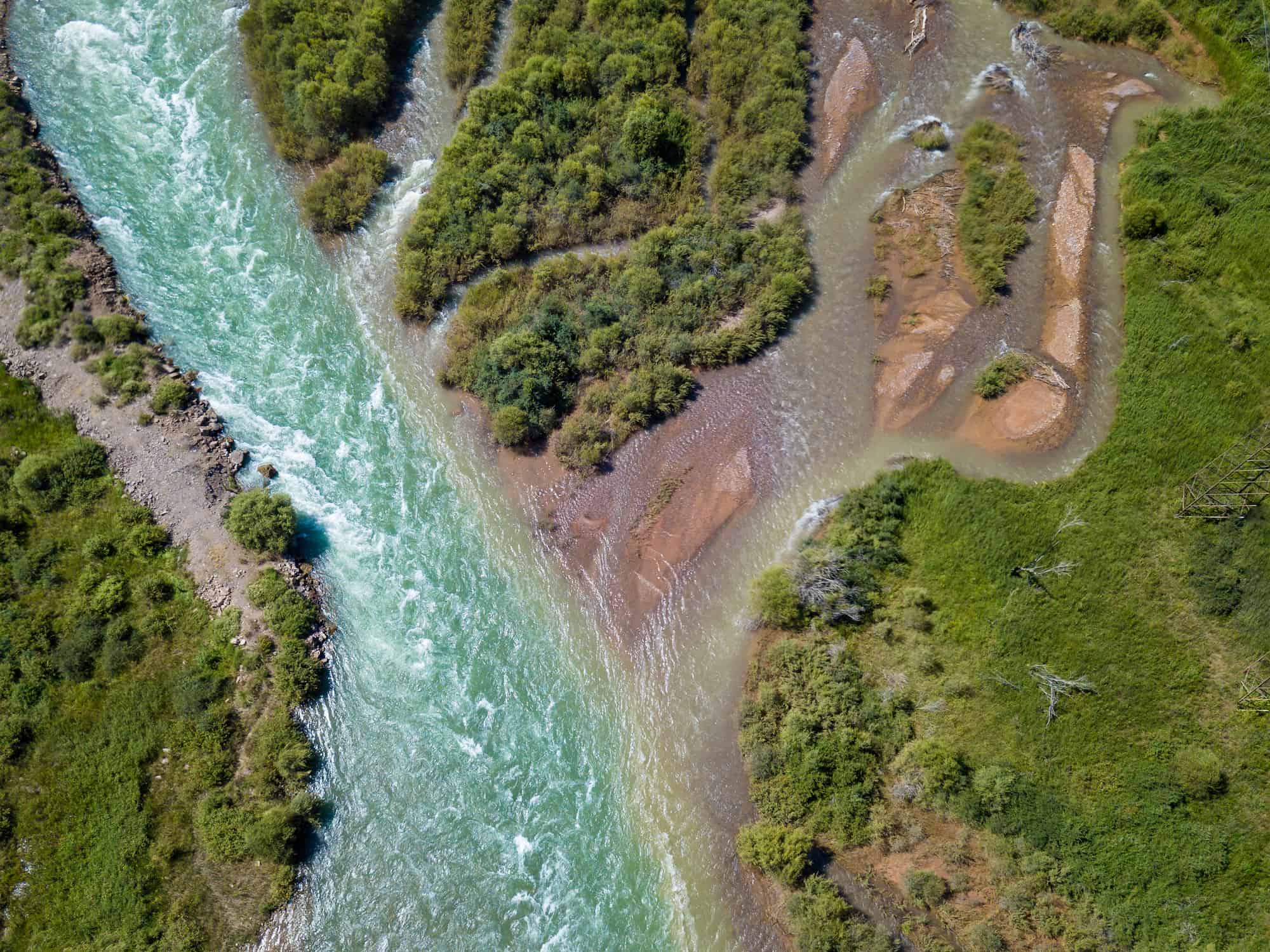 If I had to hanker a guess, I would say most of you guys don’t know anything about Kyrgyzstan, from where it’s located to how to spell it to what’s famous for, Kyrgyzstan has definitely been flying under the radar for international travelers for years.

But not anymore. With a strategic goal of boosting tourism, and knowing they’ve got a lot to offer, Kyrgyzstan is working hard to get the attention it deserves.

While I didn’t know much about this stunning country, I certainly left two weeks later almost overwhelmed with things I learned and with a newfound love for this amazing land and people.

Bottled down, here are 12 things you probably didn’t know about Kyrgyzstan. Enjoy! 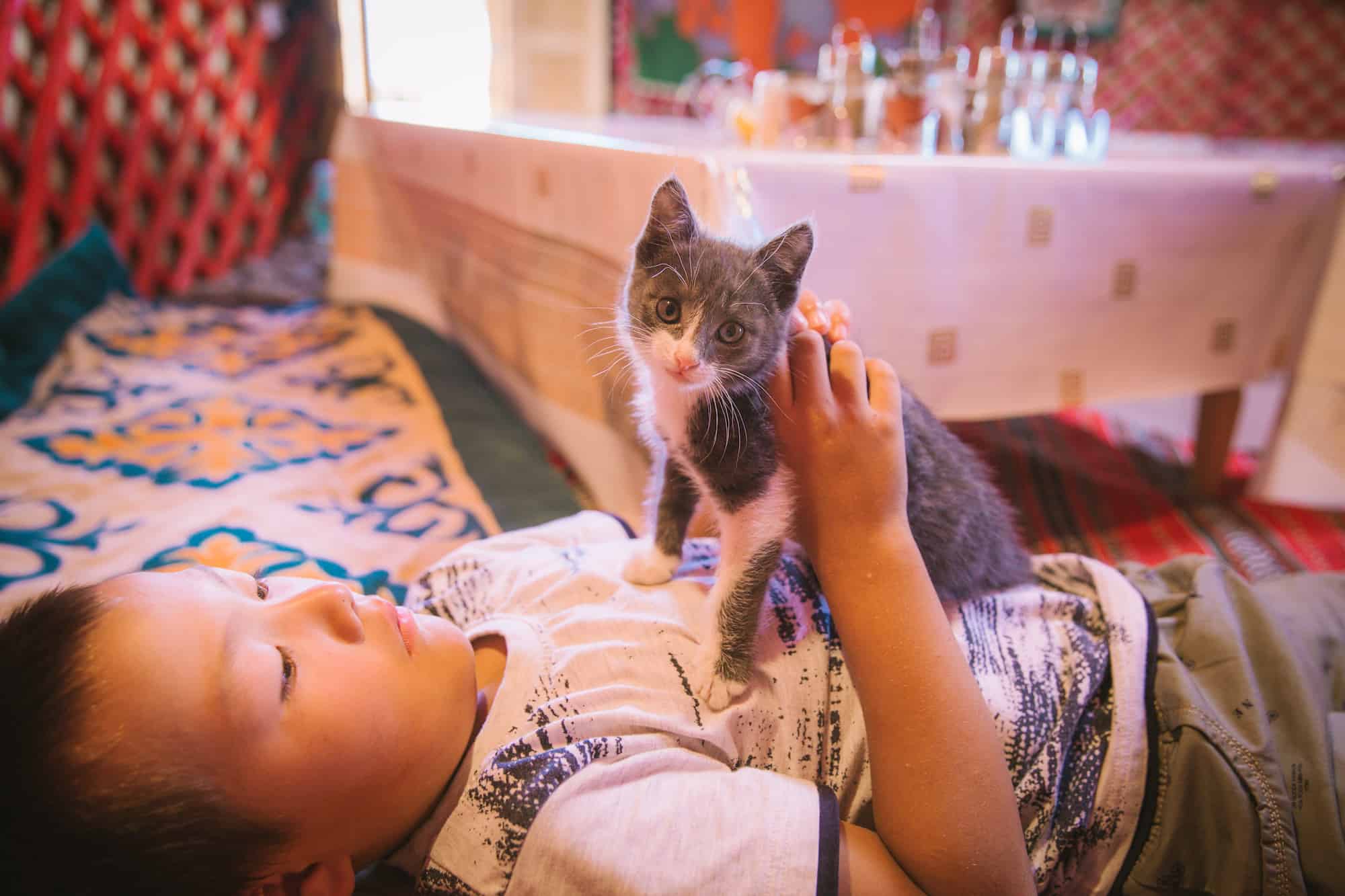 1. There are some huge mountains

More than 90% of Kyrgyzstan is covered in mountains. There are even three 7,000 meter peaks here. So if you are a mountain fiend like I am, well this is the place for you.

They are fairly accessible if you’re willing to walk or ride. It’s really cheap to hire guides and porters and horses to head into the hills, and trust me, it’ll be the highlight of your trip. 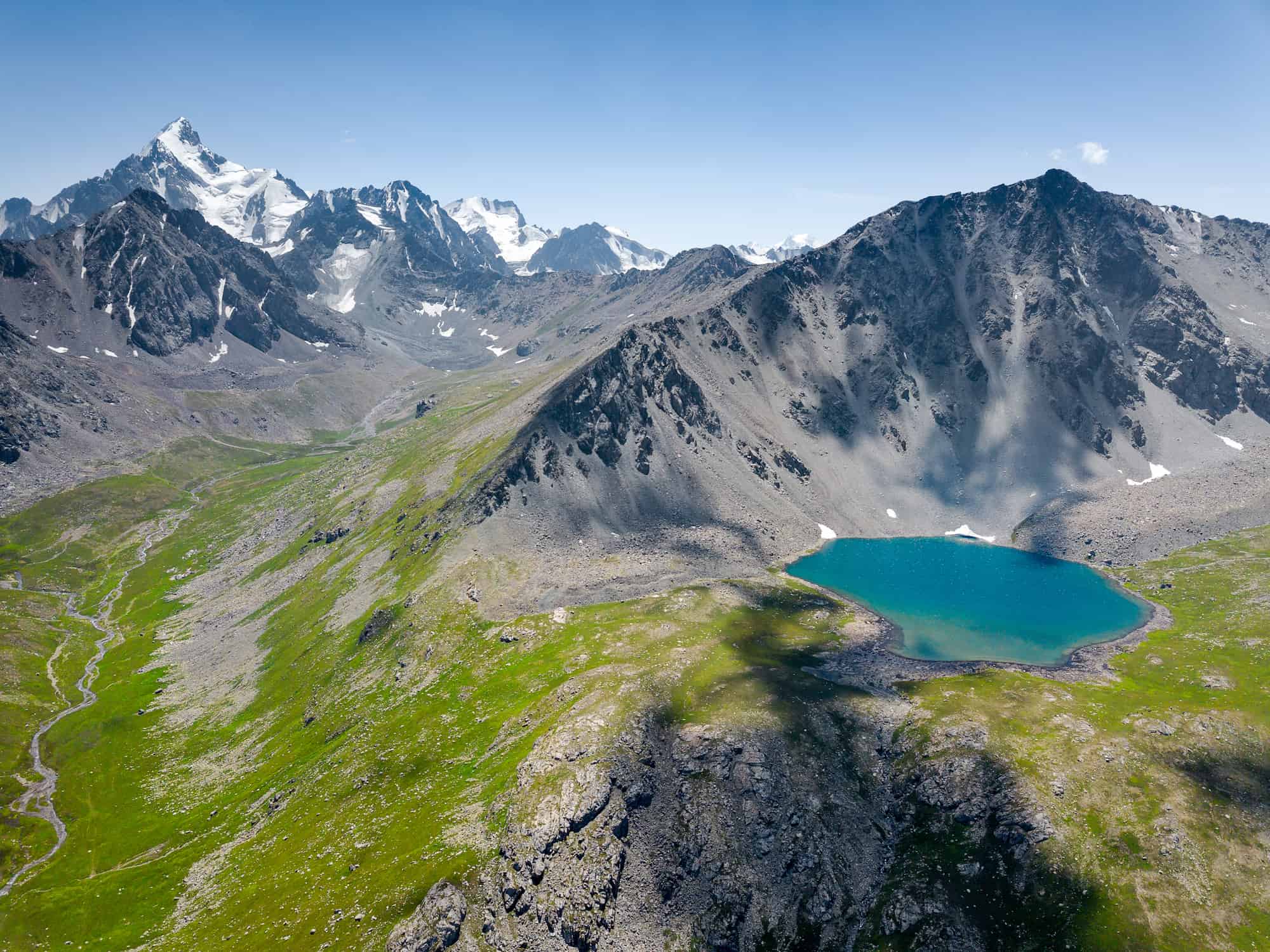 There are about 2000 lakes in Kyrgyzstan, most of them small mountain lakes. In Kyrgyz, the word for lake is “kul” something you’ll see a lot.

Lake Issyk-Kul is where we spent most of our time on the trip. It’s the region with some of the best infrastructure and tourism development, and the huge lake there is magical. It’s the second largest mountain lake in the world, 182 kilometers long and up to 60 kilometers wide. It’s a whopper.

But what makes Issyk-Kul really awesome is that it’s warm and never freezes. In fact, it’s a bit salty. Even more random, the Black Plague is thought to have originated here. 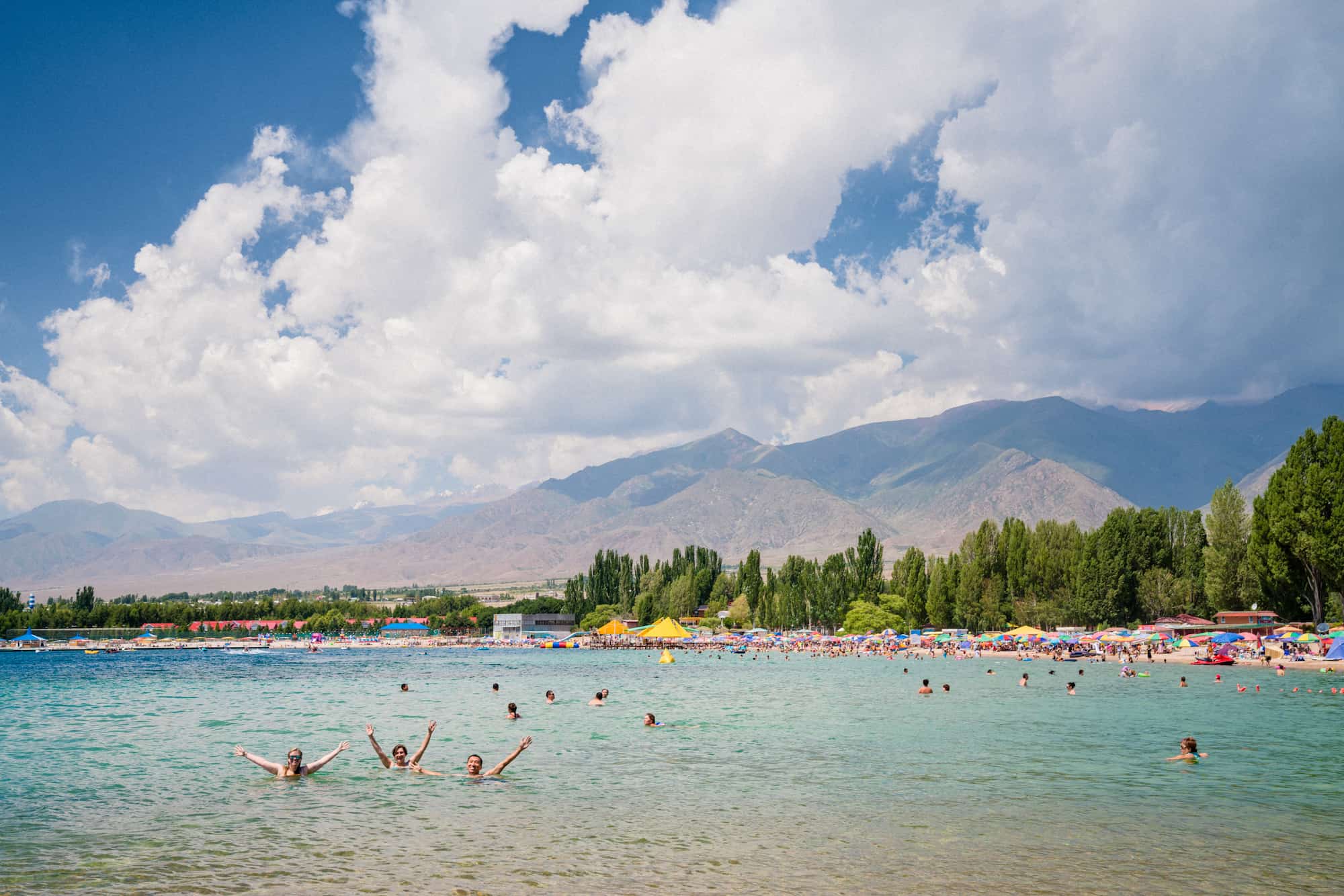 3. It is the definition of a cultural melting pot

One of the biggest surprises for me in Kyrgyzstan is the wide variety of culture and ethnic groups that make up the country. The main language is Russian but also everyone speaks Kyrgys too. Believed to be descended from 40 original tribes, the main current religion is Islam. But, if I’m being honest here, it didn’t really feel like any other Islam country I’ve ever been to before.

About half the people are ethnic Kyrgyz, the rest are Russian, Uzbek, Tatar, Ukrainian, and even ethnic Chinese Muslims called the Dungan people.

We spent a fair bit of time in Karakol with some of the local Dungan folk, and it was so fascinating to learn about how they ended up there. And don’t even get me started on the food. 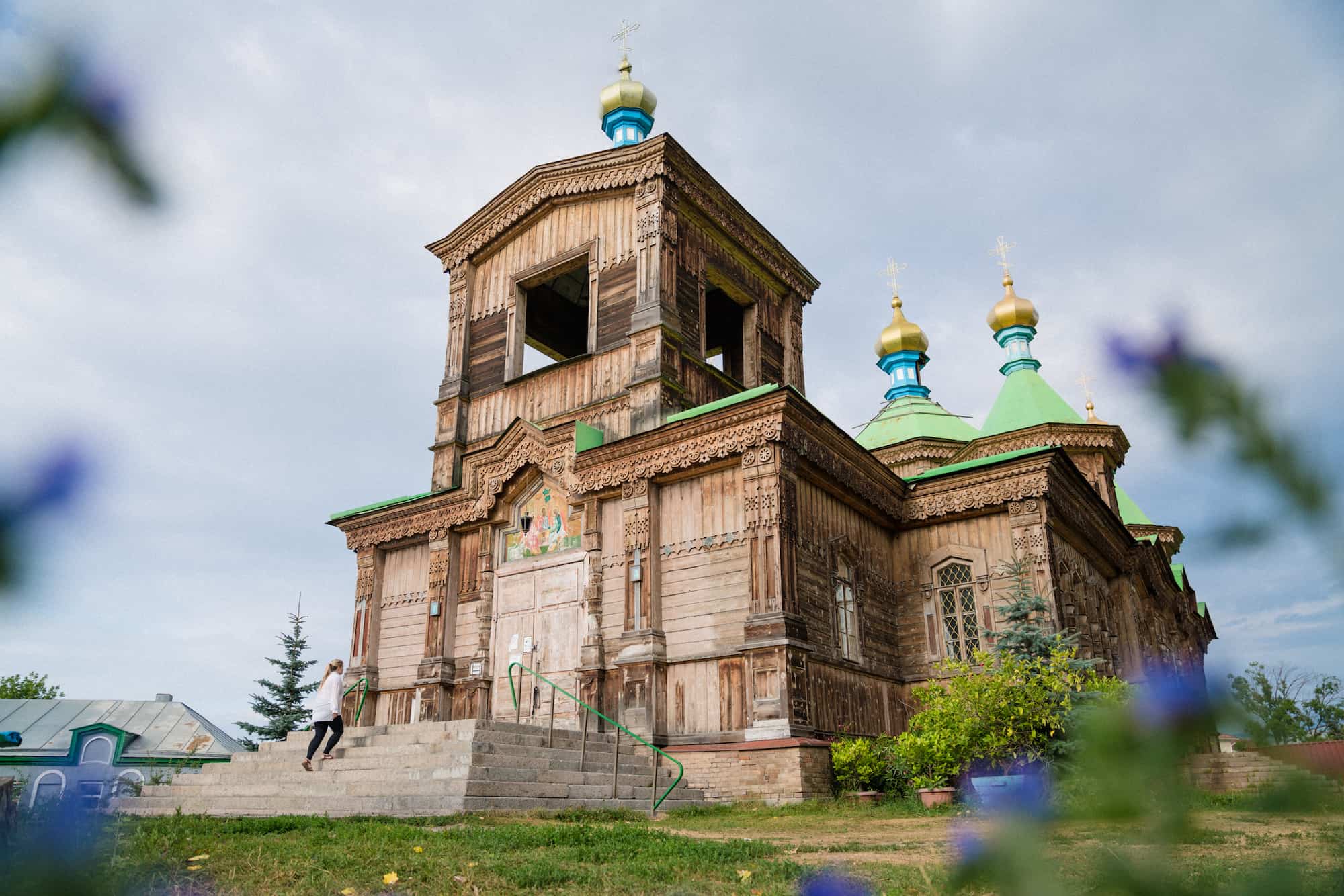 If you visit Kyrgyzstan, you will spend a lot of time in yurts. They are everywhere.

Though the area we were in was more modern, and while traditional nomadic culture is being preserved, most people live in houses and modern apartments in the cities. We only saw the more “authentic” kind of yurts once we were high in the hills among the nomad shepherds, and even then the yurt is often been replaced by a more modern tent.

One of the best ways to stay is at the yurt camps; they’re everywhere and super cheap. It’s a kind of accommodation that kinda reminds me of Southeast Asia but even better, holing up by the lake in a yurt of your own drinking .60 cent beers and getting a tan and gorging yourself on homemade meals in the communal yurt.

They are an awesome way to stay in Kyrgyzstan. 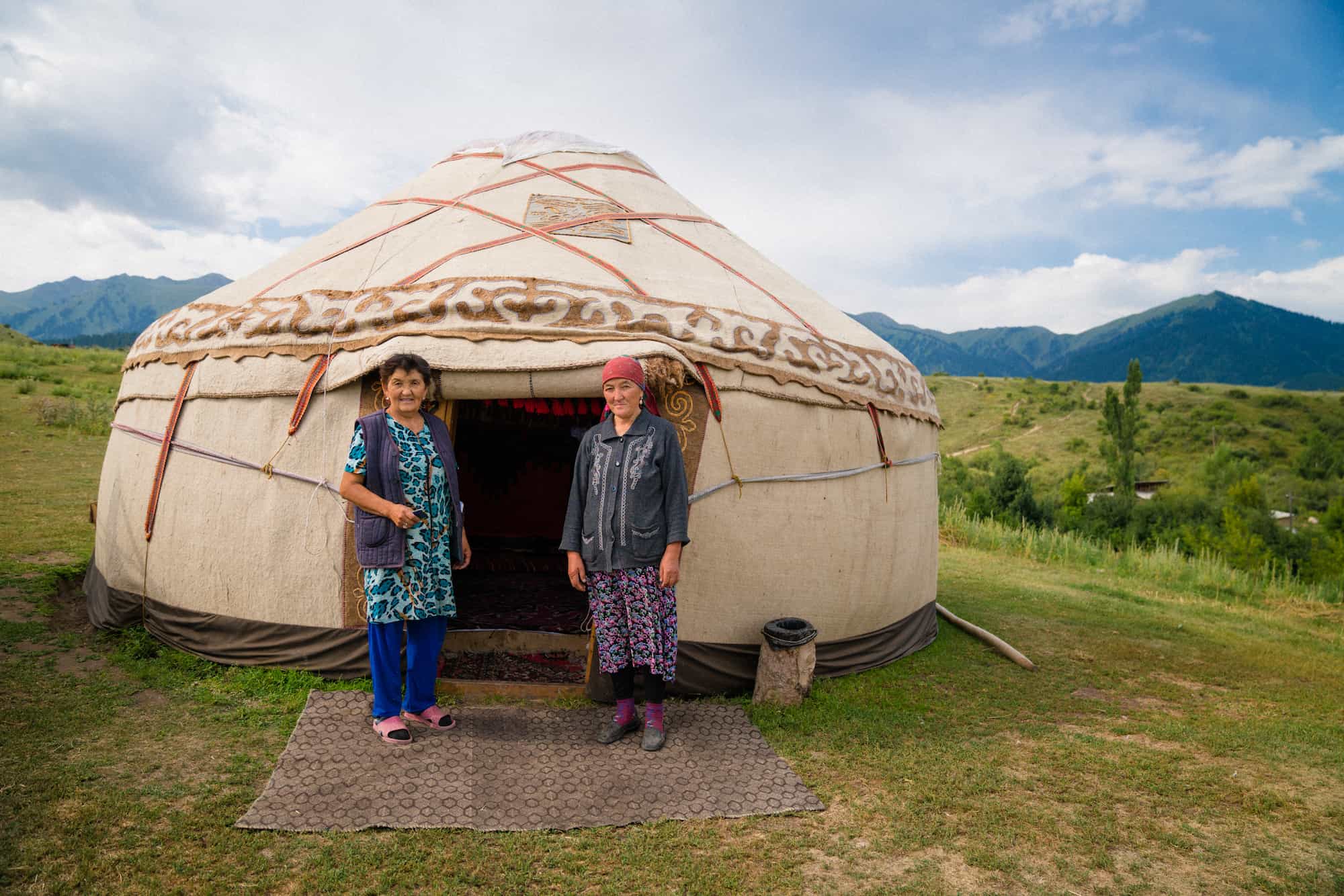 5. Bridenapping is definitely a thing

Now here is something I’ve never seen before and rarely, if ever, heard about on my travels. Bride kidnapping, ala kachuu in Kyrgyz, which means “grab and run.”

Despite being illegal in Kyrgyzstan, kidnapping brides is pretty common. It ranges from an elaborately staged consensual kidnapping between a couple have have been dating and are already engaged (usually in cities) to definitely not consensual grabbing a woman and forcing her into marriage (more often in rural places).

Even nowadays it’s estimated that half of all marriages in Kyrgyzstan resulted from bridenappings and two thirds are non-consensual. 1 out of ever 10 girls is married before they turn 18. So, um, yeah.

Watch two really good videos about it here and here. 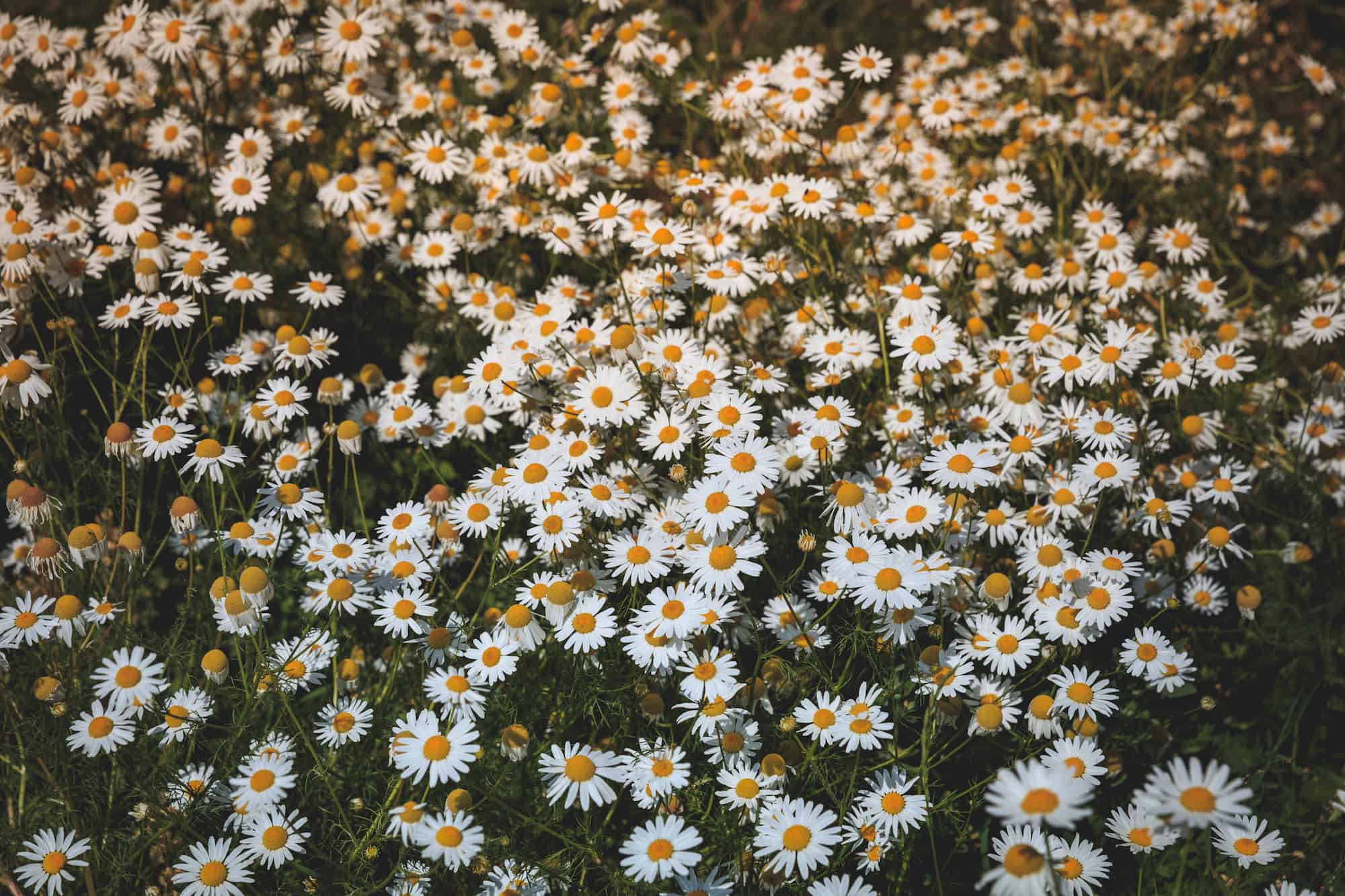 6. It’s one of the easiest Central Asian countries to visit

Kyrgyzstan is currently visa-free for 45 countries (most of the EU, USA, Canada, New Zealand, Austalia etc.) for up to 60 days, making it the easiest of the Central Asian countries to visit as a tourist.

The United States has had strong ties to Kyrgyzstan since the collapse of the Soviet Union, giving over $2 billion in economic and tourism development through USAID (The U.S. Agency for International Developmen, with Kyrgyzstan being is the only freely elected parliamentary democracy in post-Soviet Central Asia. I traveled to Kyrgyzstan with USAID and was fascinated by the close ties with America.

Even more interesting, after decades, USAID is ending in Kyrgyzstan next year after the US State Department awarded a human rights award to Azimzhan Askarov, a journalist and activist currently serving a life sentence in Kyrgyzstan. 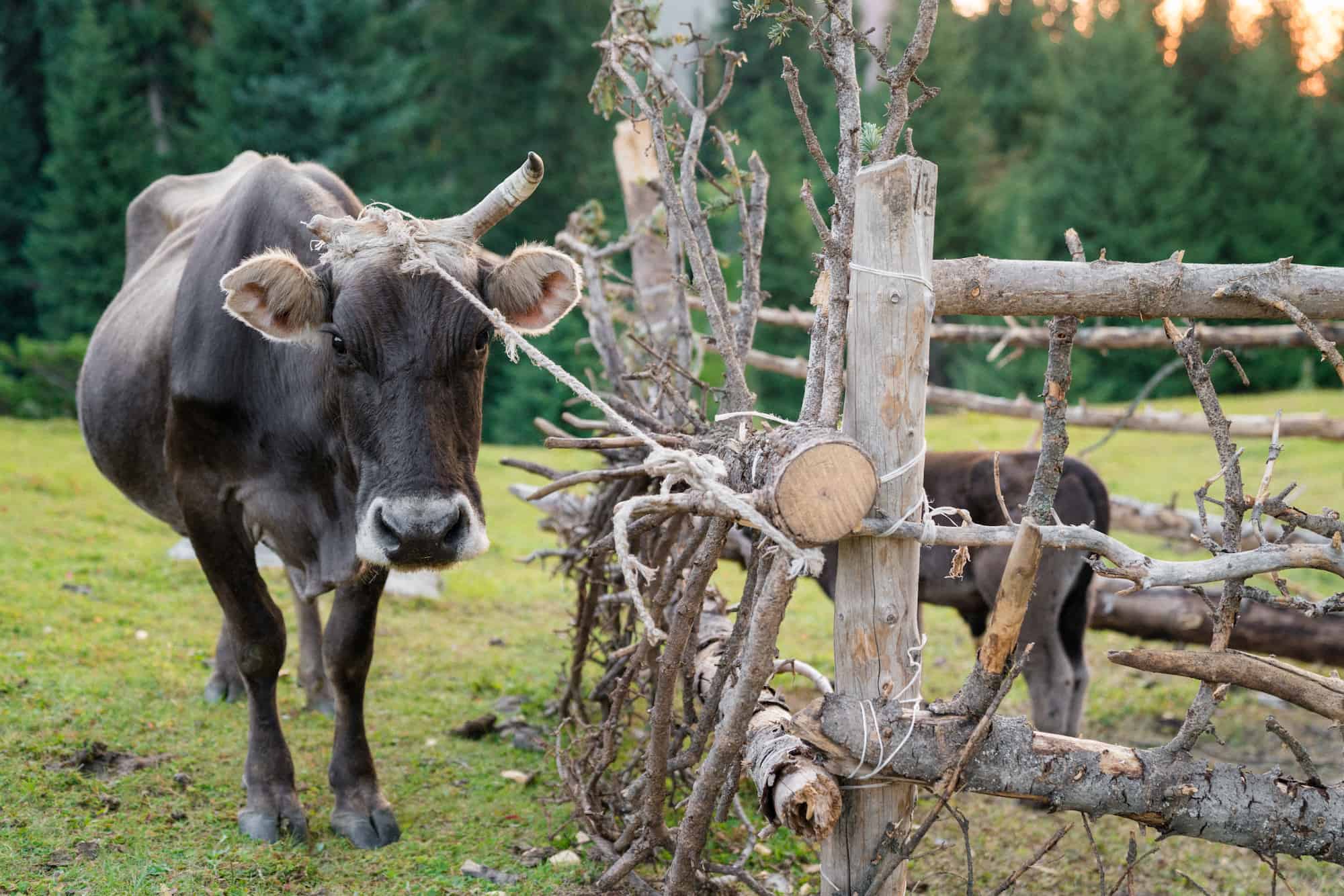 7. The food is delightful

My only comparison for Kyrgyz food before I headed over was Mongolia, and after a month there in 2014, I set the bar extremely low when it came to foodie expectations. My bag was stuffed full of granola bars in preparation for meals of sheep’s heads and horse meat.

However, let me tell you, the food in Kyrgyzstan is fabulous!

Barbecued meats, all the noodles, tons of flavor and spices, and of course, lots of dumplings, I definitely put on weight on the trip. 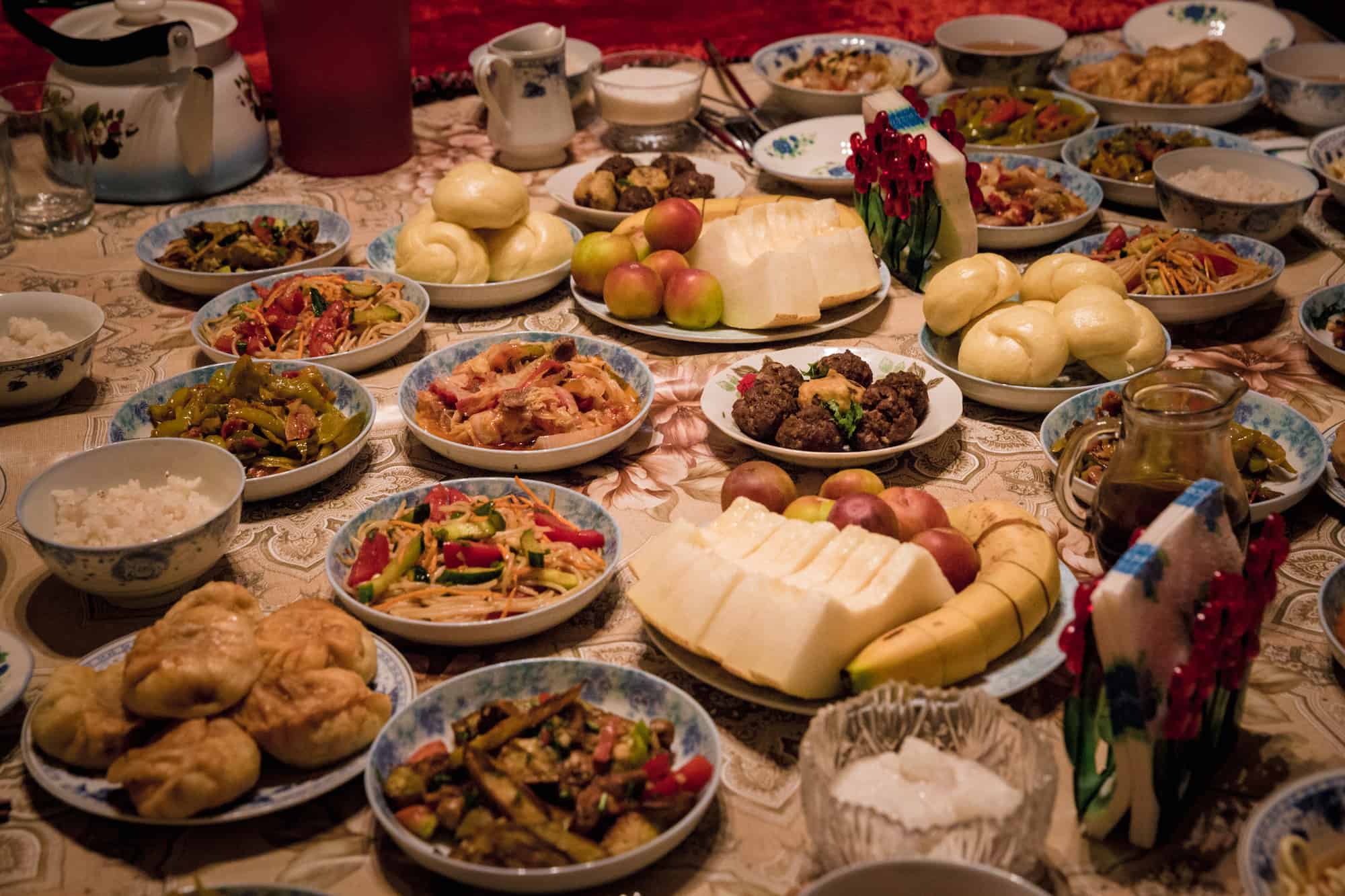 Forget Coca Cola, like Mongolia and many of its Central Asian neighbors, fermented mare’s milk is often the drink of choice. And to the untrained palate (mine), it’s revolting. And will probably give you the runs too. 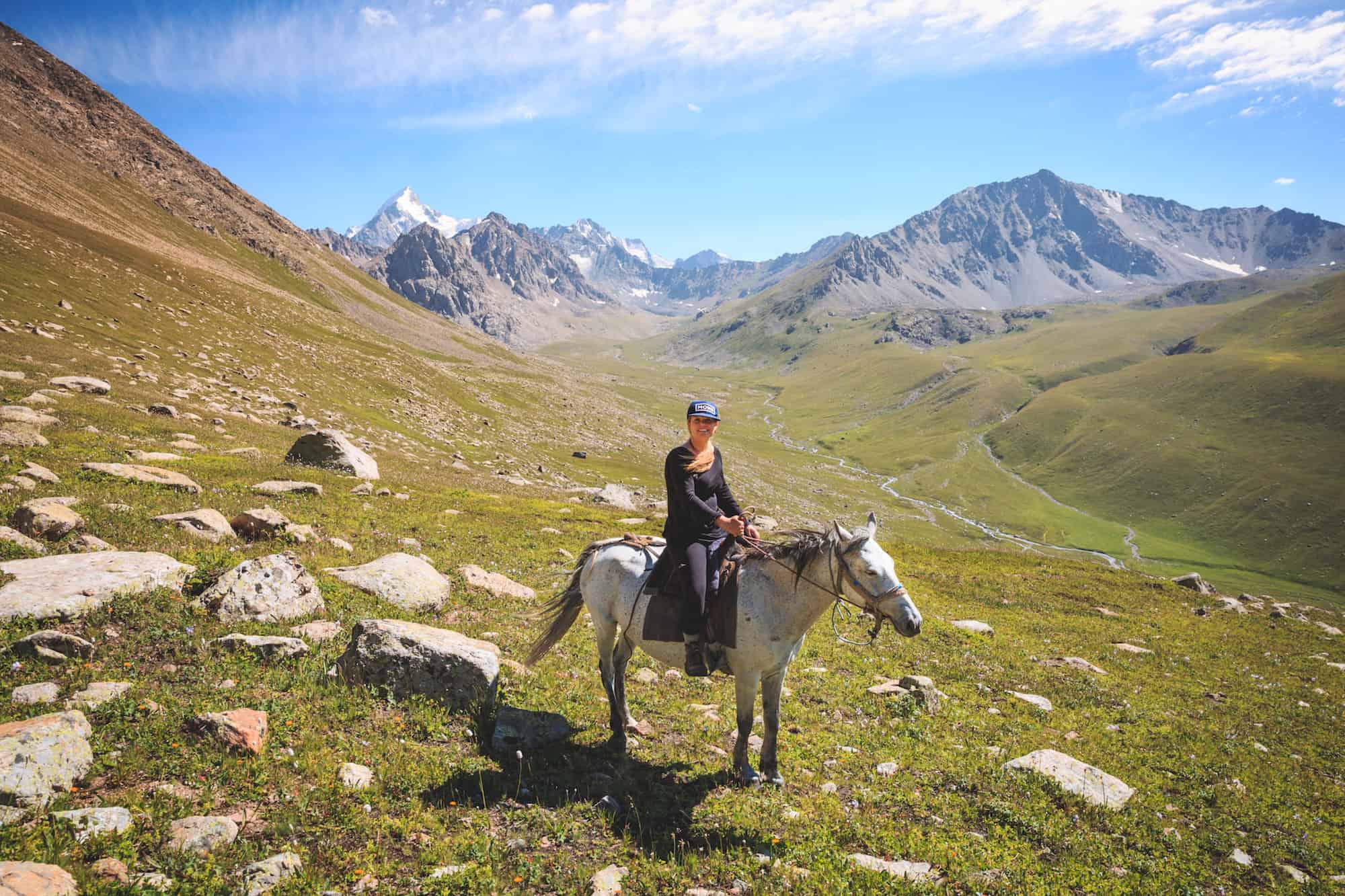 9. The World Nomad Games are a must!

Every two years the World Nomad Games are held in Cholpon Ata in an arena that rivals something from Gladiator, and it’s basically the Olympics for Central Asian nomad culture where they compete in 16 traditional games and sports. 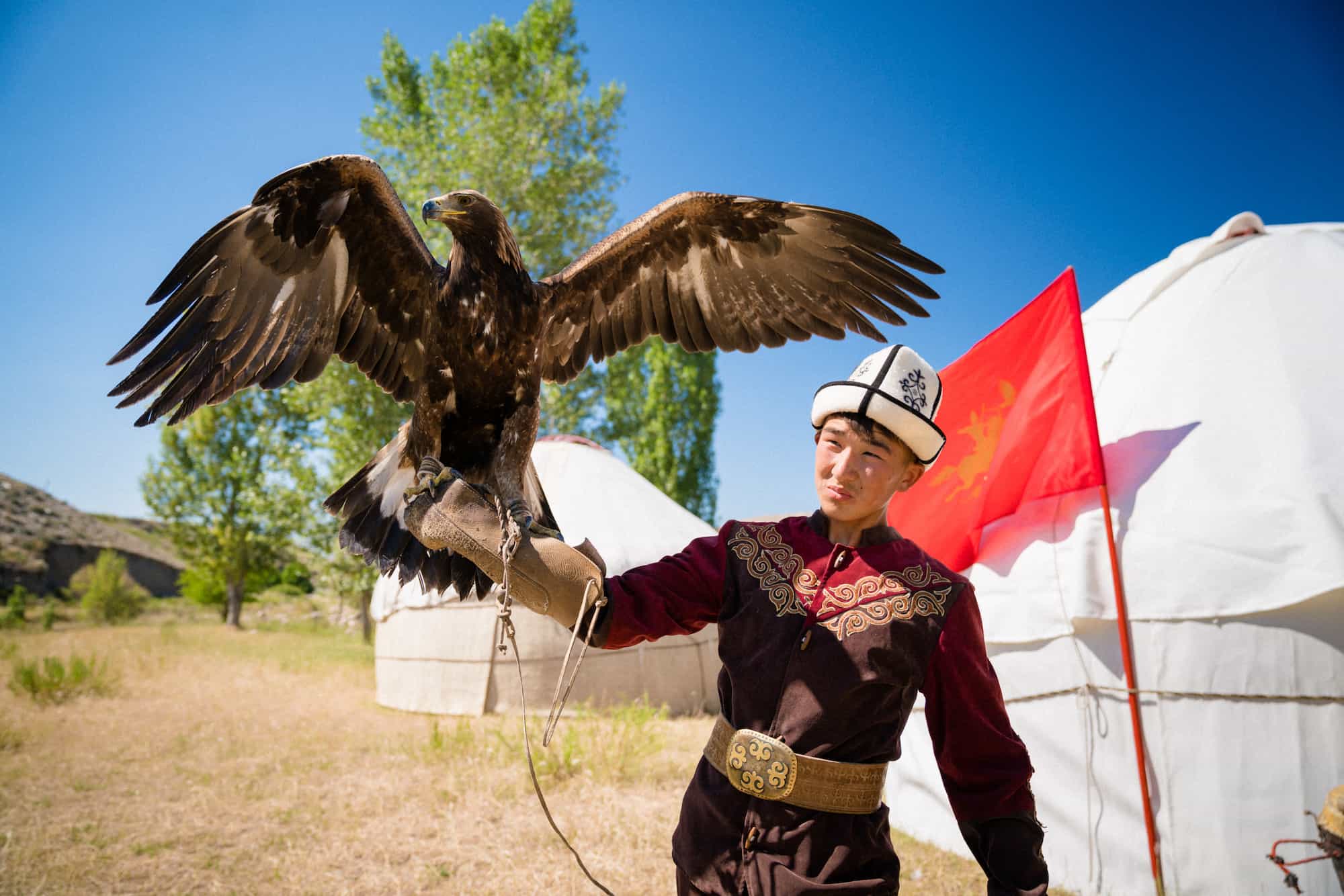 One of our young guides told me that in Kyrgyzstan every kid learns and memorizes seven generations back of their fathers and grandfathers.

Growing up American (well I guess I’m still American) I feel like the respect for your ancestors has been culturally lost in recent decades. I certainly cannot name anyone past my grandparents, what about you? Be honest.

It’s refreshing and borderline jarring to be faced with a culture who’s primary importance, i.e. family and the past, is so different than your own which really just focuses on the present. It puts things in rather harsh perspective and it makes me wish I focused more on family. Sorry mom! 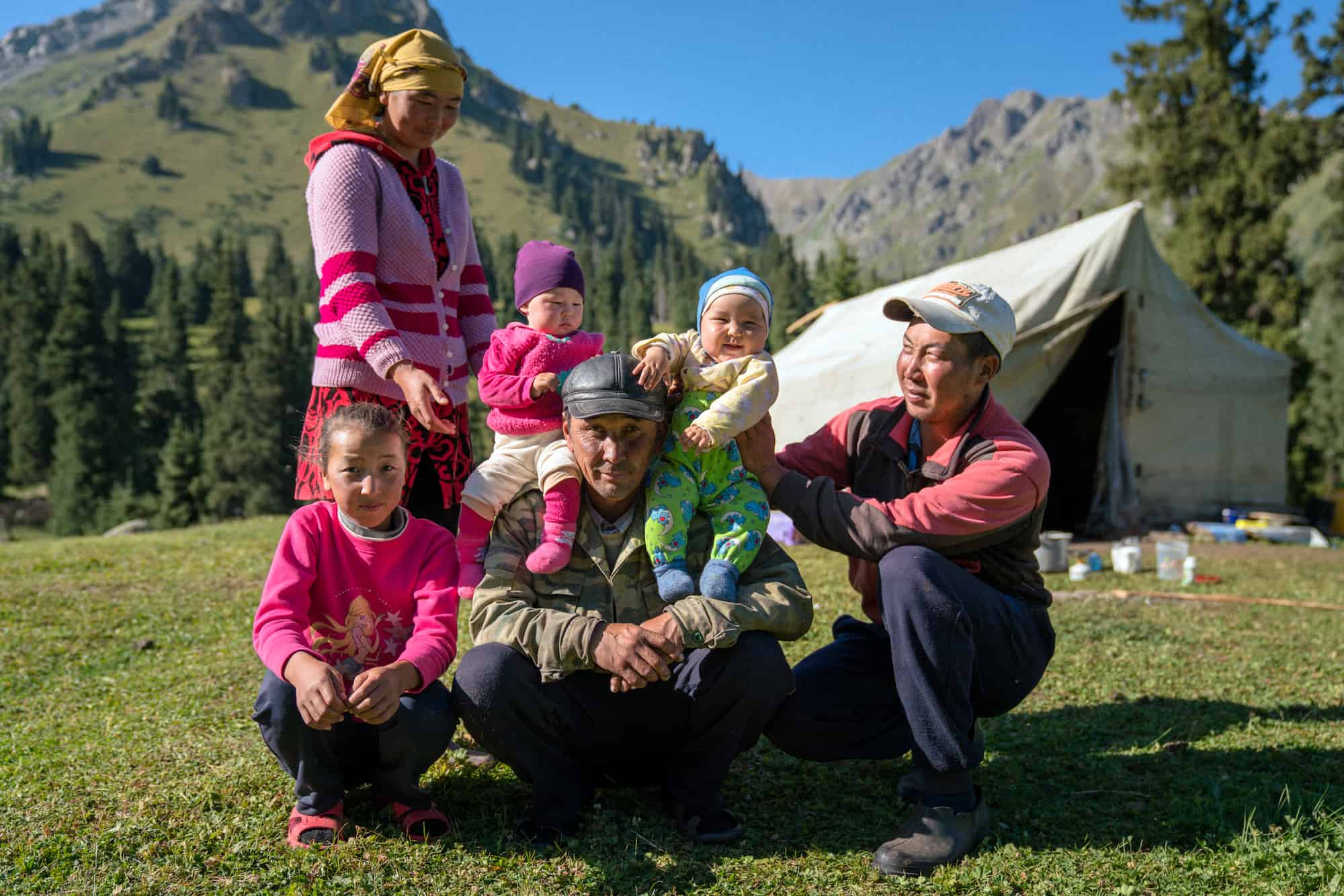 Tea drinking is a huge part of the culture in Central Asia and is no exception in Kyrgyzstan. You meet someone, you share a cup of tea. There are often elaborate rituals around how the tea is served, who serves is, what it all means, that’s almost incomprehensible to us outsiders.

But if you want to fit in with the locals, next time you’re offered a cup of tea, add a spoonful of jam into it. Go for the raspberry.

While I’m pretty sure this is a tradition that dates back to Soviet times (don’t quote me but I think they do the jam + tea thing in Russia too) it’s one I definitely can get behind. 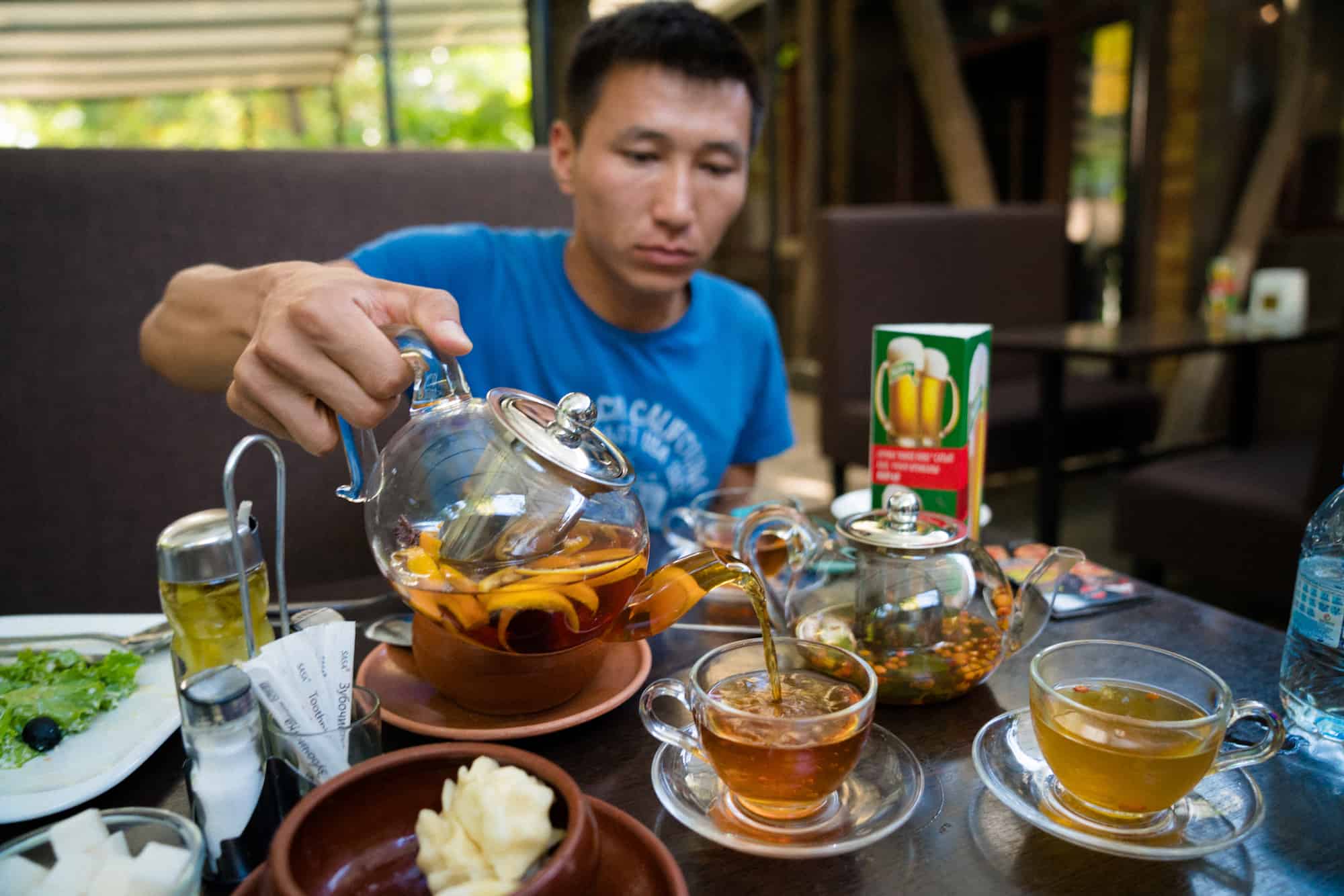 12. It’s the most beautiful place you’ve never heard of and now’s the time to go

We all know the phrase hidden gem is totally overused when it comes to travel, but in this case, it’s a perfect fit.

Tourism has only recently begun to be more established in Kyrgyzstan, and only in certain parts of the country. If you are an intrepid, curious traveler who wants to get off the beaten path (yes yes YES) then start looking at flights to Bishkek.

Now is the time to visit Kyrgyzstan. Just wait to be surprised.

Have you been to Central Asia? Is Kyrgyzstan on your bucketlist? What place has surprised you the most traveling? Spill! 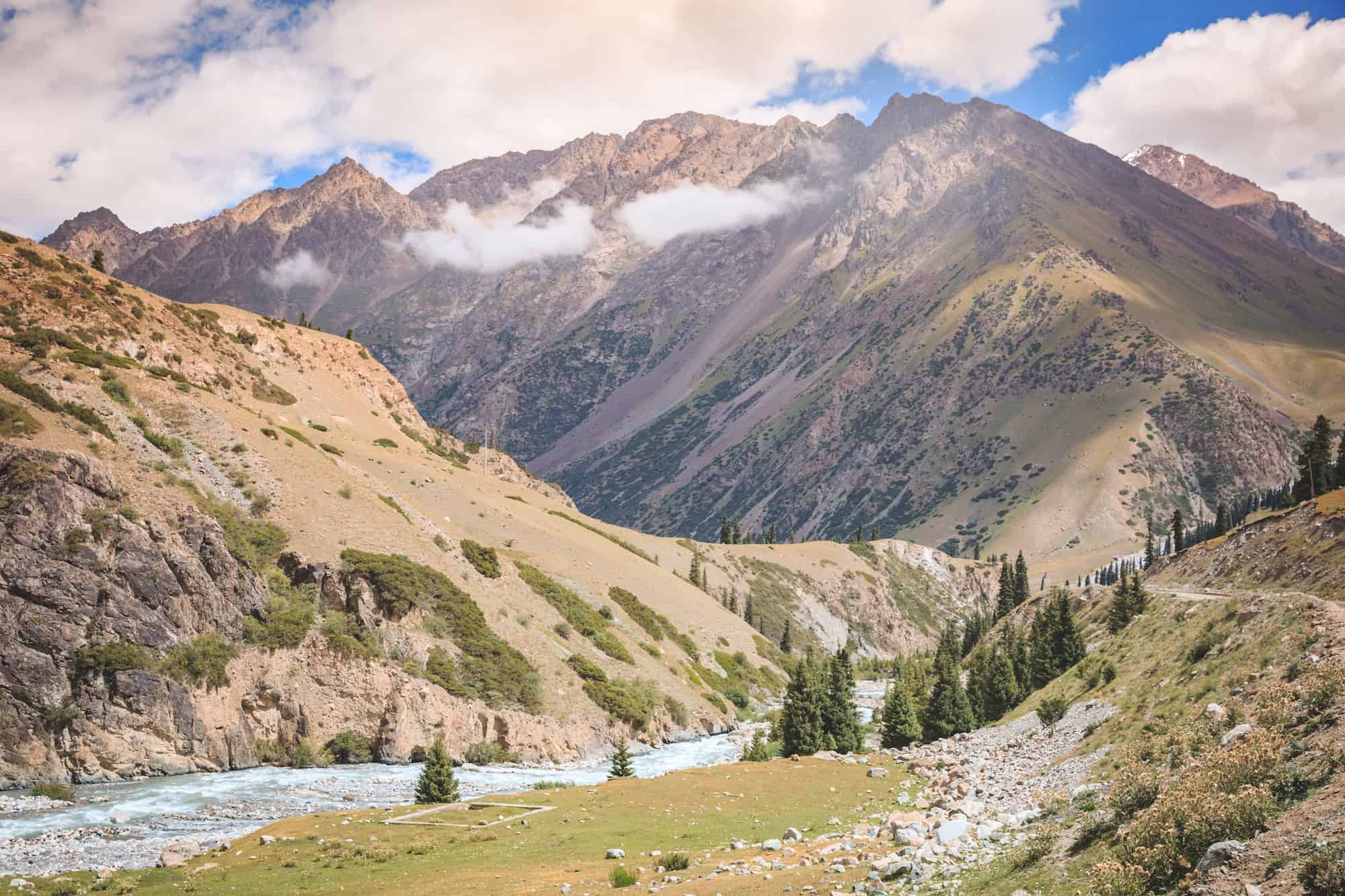 Written by Liz and was published on October 5, 2017 in Asia, Destinations, Get Inspired, Kyrgyzstan 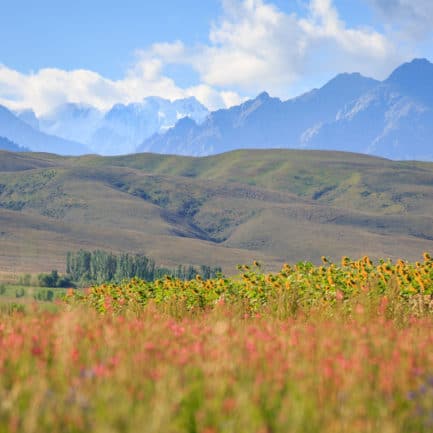 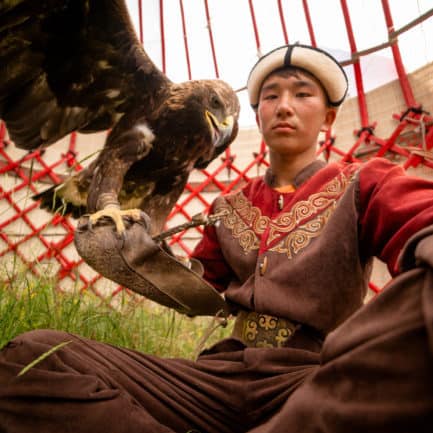 The story of a man, a bird and a blogger in rural Central…Read More 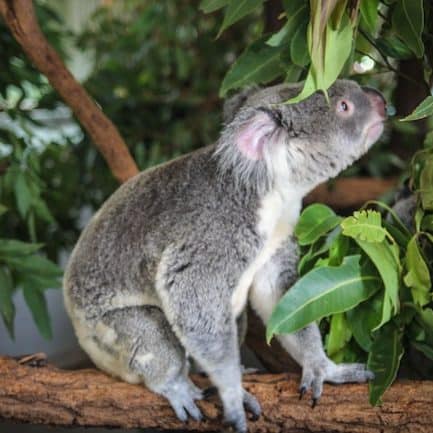