These days I often find myself reflecting on my life and how a year ago, I could have never imagined where I am now. It still blows my mind, and I’m not even talking about this global pandemic we’re all enduring. Seriously, how can we let this have happened?

Besides the impending global economic collapse, what I’m actually talking about is at the end of June 2019, I found the love of my life. My single girl days in Wanaka, New Zealand, are effectively over. I’ve moved in with my partner Giulio at his home in Lyttelton (outside Christchurch), and his two kids who live with us half of the time.

Honestly, if you told me a year ago this would be my life, I would have never believed you. I had the dream life of travel, making good money, a fantastic friend group, was happy being single and living in the coolest house in Wanaka, New Zealand. I never thought I would leave.

Also, if I’m frank here, I wasn’t sure I even wanted kids, let alone someone else’s kids.

Oh, and I also got a dog with this new life too! WHAT A CHANGE. 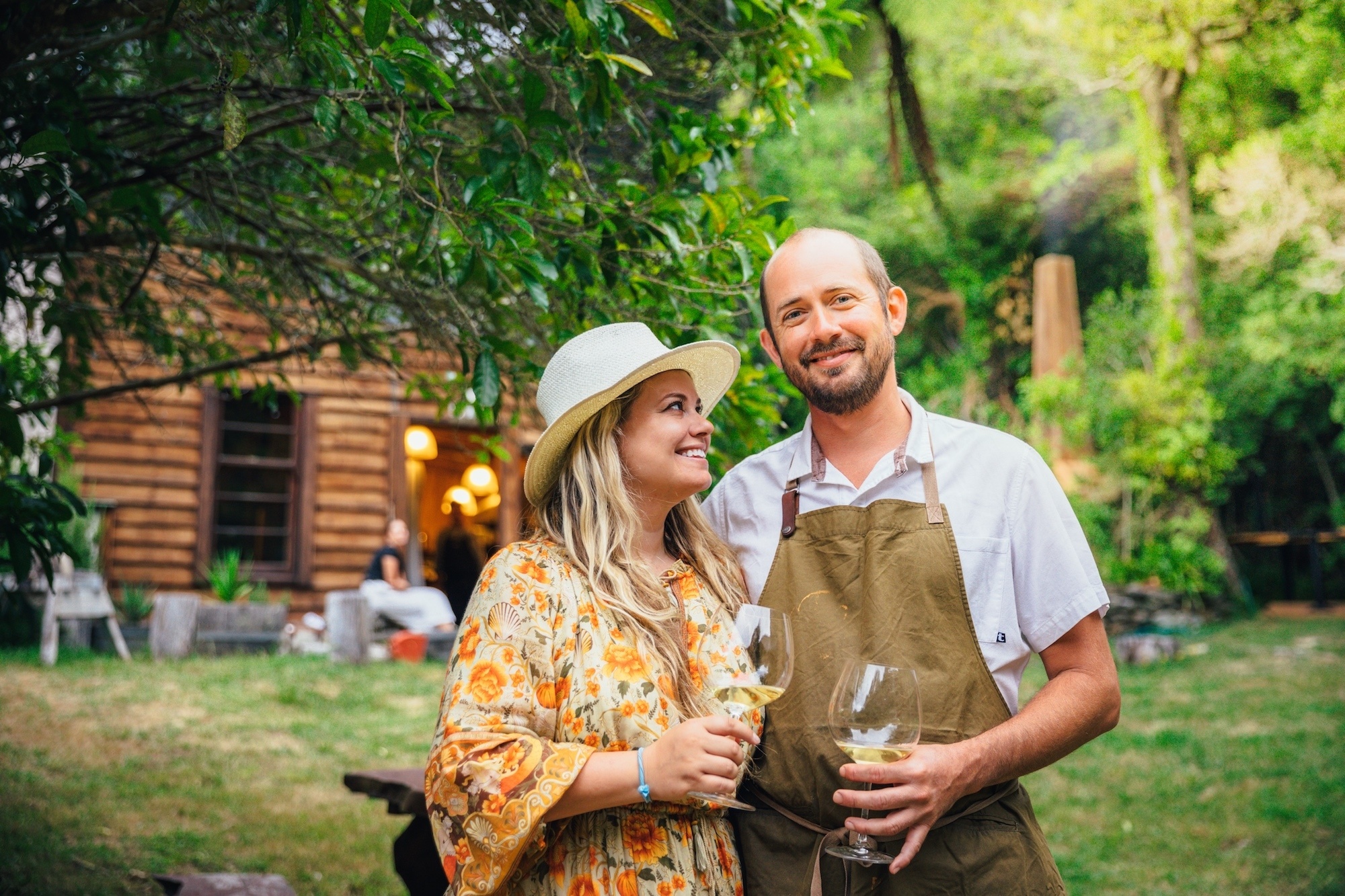 As I quietly slipped into my thirties, I both grew comfortable in my skin (about bloody time) and had resigned myself to the fact that I would probably die alone. Honestly? I was kind of ok with that.

After a slew of failed relationships in my adulthood that broke my heart again and again, at 31, I finally realized I would rather be alone than be with the wrong person. I deserved more, and I was tired of settling just because I didn’t believe anyone better could love me (honestly, so messed up). Yay confidence, about freaking time! Where have you been all my life?

Also, I’m a total introvert. I grew up as an only child (never living with my step-siblings). Truthfully? I fucking love being alone. I hate people. I hate living with people. I hate talking to people when I don’t want to. I love being in my own head, away from everyone. If anyone was going to be totally ok being an old spinster living like a hermit a la Jane Austen, it would be me.

And then the universe saw my plan and had a big old laugh at my expense. 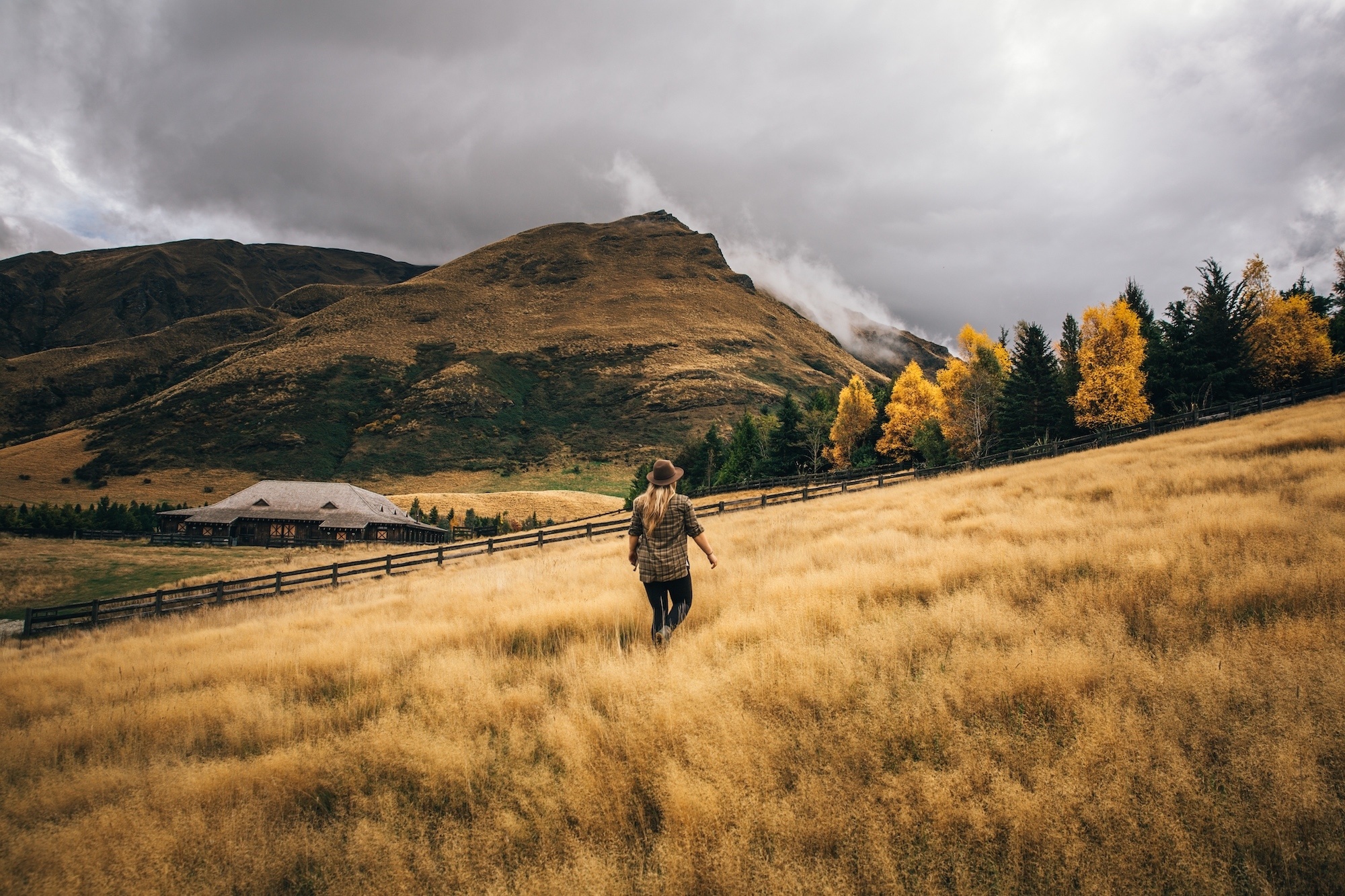 Life has a way of turning your plans upside down, something we are all experiencing right now as our dreams collectively shatter, our goals are postponed indefinitely, and the life we thought we would have is now likely wholly different.

The world we knew is gone, and that loss of control is hard for just about everyone.

Essentially we are all grieving this loss together. It’s pretty huge, and we should all acknowledge that and allow ourselves to feel the pain of it. Perhaps you are like me, and you’ve lost someone close to you during this time, adding another layer of confusion on top of a wild emotional ride none of us wanted.

And on top of all of this batshit craziness, you might be stuck at home for the foreseeable future, possibly with your partner, roommates, pets, or alone (in which case, I’m super jealous). Dumb quarantine fights are on the agenda! 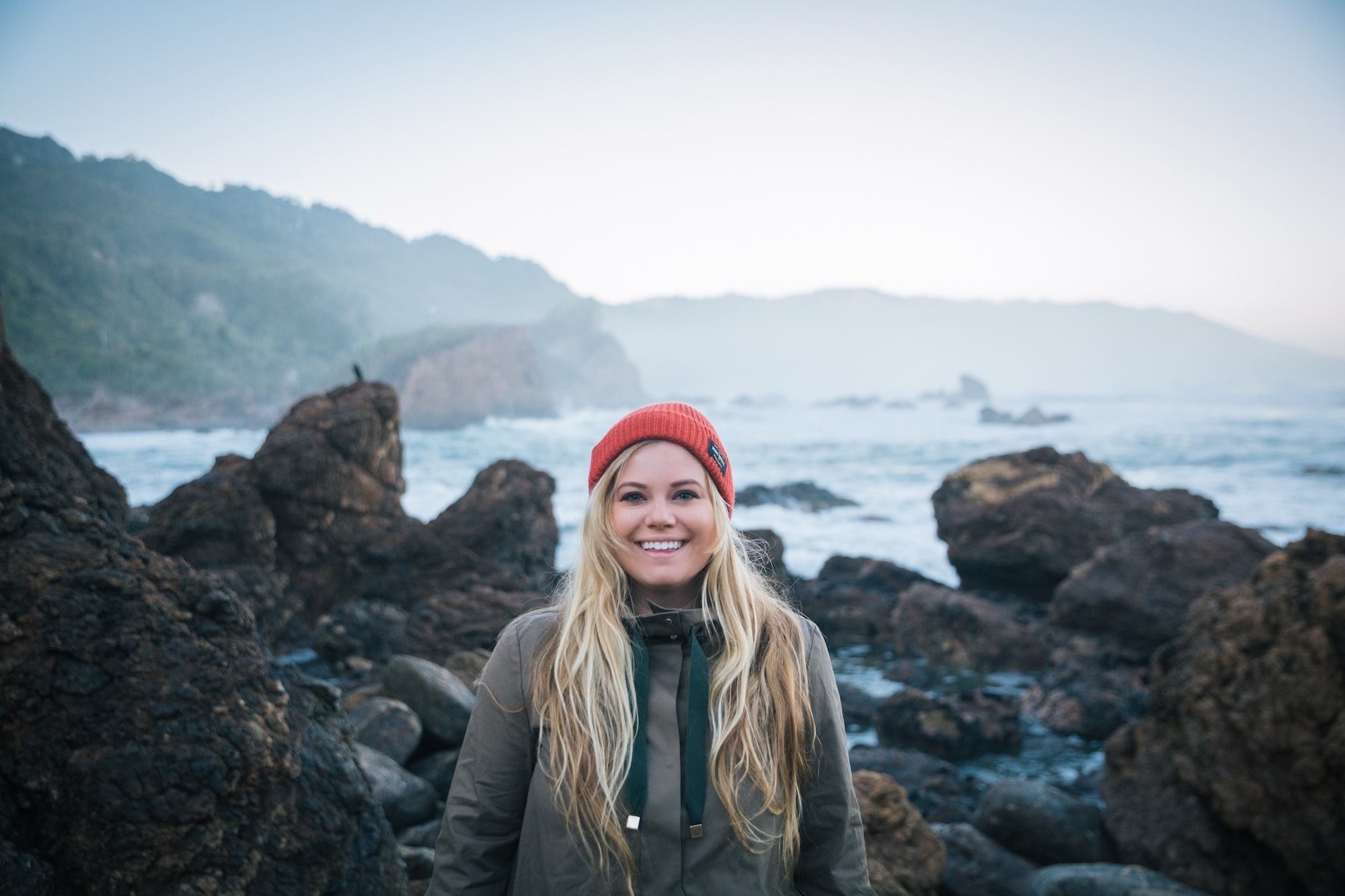 In the span of one year, I went from genuinely relishing my fate of being all by myself and living out the life of my dreams as a professional travel blogger, to losing basically all my work and being forced inside for over six weeks with my partner, his two girls (age 5 and 8), and a 1-year-old Jack Russell terrier. Where is the guidebook for me? WHERE IS IT?! I WILL PAY ANYTHING HELP ME OMFG.

So what happens with a cynical old introvert like me who has never had to share anything gets locked inside with her new family for six weeks? Chaos, that’s what. Followed up with a good rage clean. Apparently, I only clean when I’m angry. Our bathroom has never been tidier.

Here are six of our dumb quarantine fights we’ve had during mandatory lockdown here in New Zealand. Enjoy our mess! 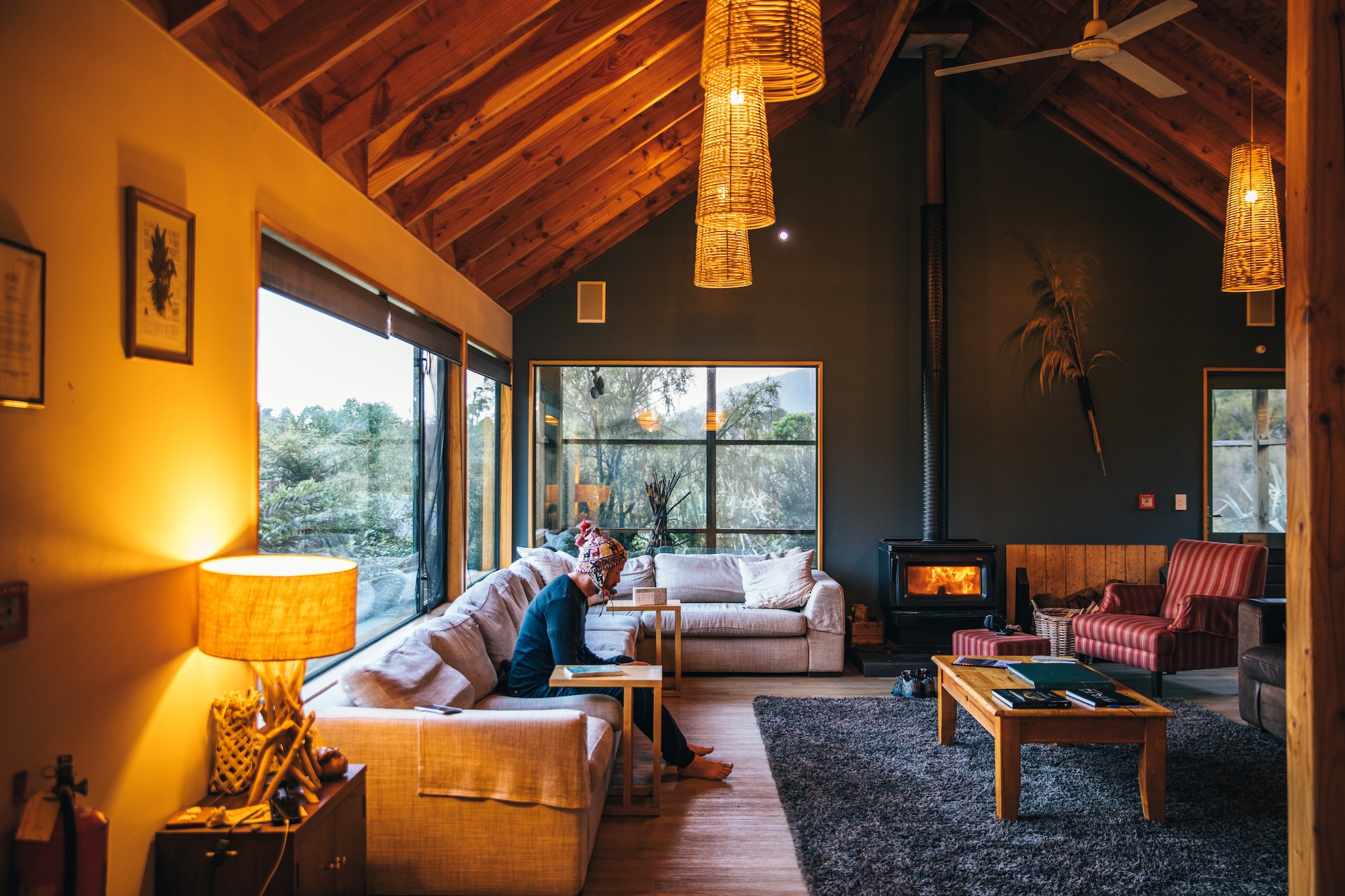 This is the end all be all, the crowning glory of dumb quarantine fights.

In full transparency, I need to disclose that my partner Giulio Sturla is an incredible chef. And not just any old chef, he’s not only been named New Zealand’s chef of the year but also ran one of the most lauded and exclusive restaurants in the country. I, on the other hand, burn pasta regularly.

Yes, yes, yes, I know I’m lucky. Not many people are spending quarantine with a celebrated chef. One of the perks is that he makes homemade bread all the time. So when I just grab the closest knife I can find (that doesn’t intimidate me) and hack off a piece, I learned the hard way that one must respect the art of cooking.

To be honest, I don’t even remember the argument except the gist was something along the lines of “you’re not respecting the bread,” and “why would you cut bread like that?” and “it’s like eating a hotdog in a burger bun.” 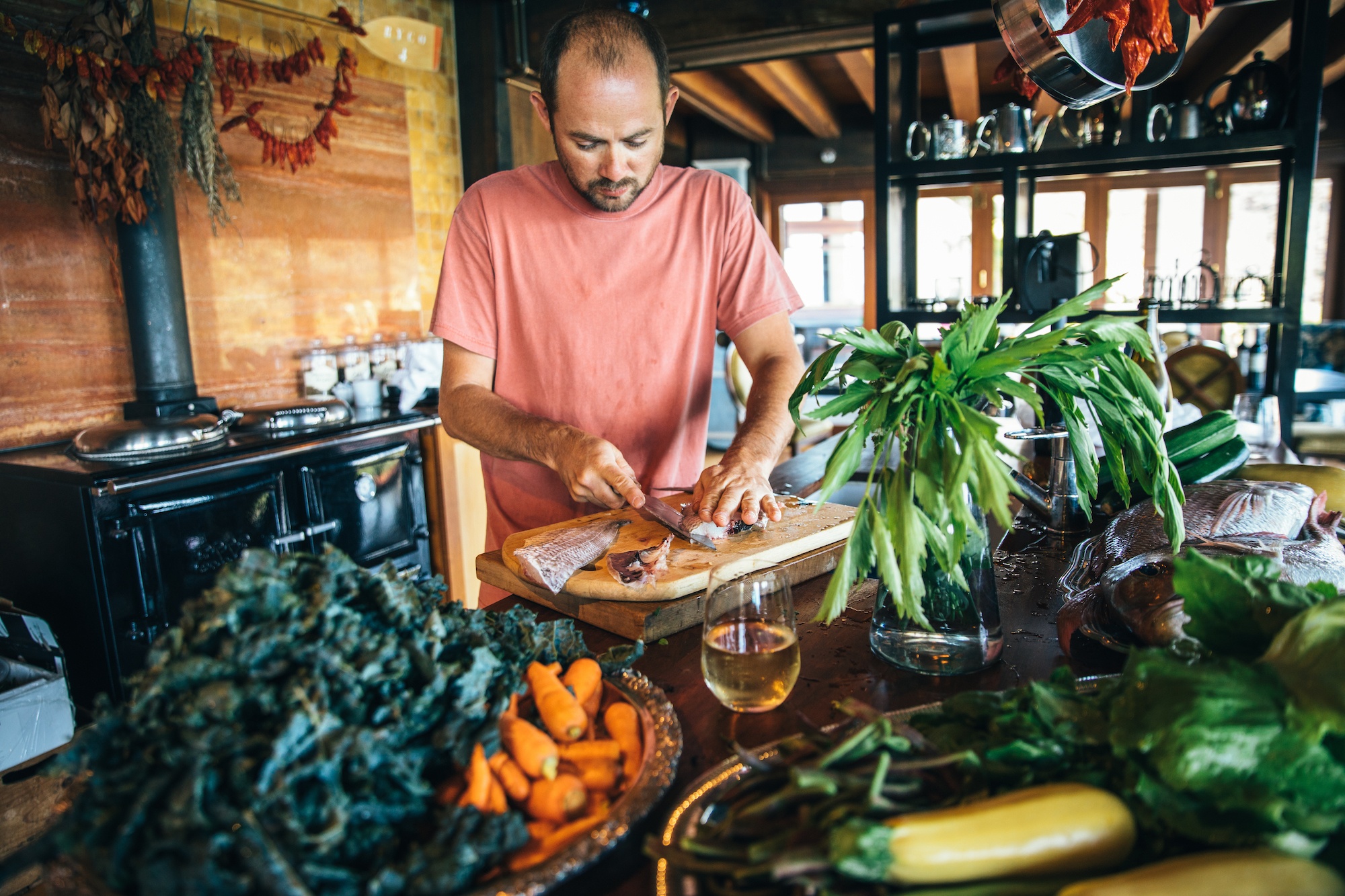 2. “Stop yelling at me with your hands!”

If you haven’t figured it out yet from his name, Giulio’s family is originally from Italy, even though he was born in Chile and raised in Ecuador.

However, the mere effect of growing up an expat doesn’t remove the innate Italian cultural trait of speaking with your hands. Whenever Giulio talks animatedly, his hands and fingers join him in conversation. Honestly, someone should do a study on it.

And then there’s me. For some reason, when the hands start talking, it triggers me into thinking we’re arguing, or he’s yelling at me, when in fact, he is just excited or emphatic. Half the time things end up with my grabbing his hands and trying to hold them still. 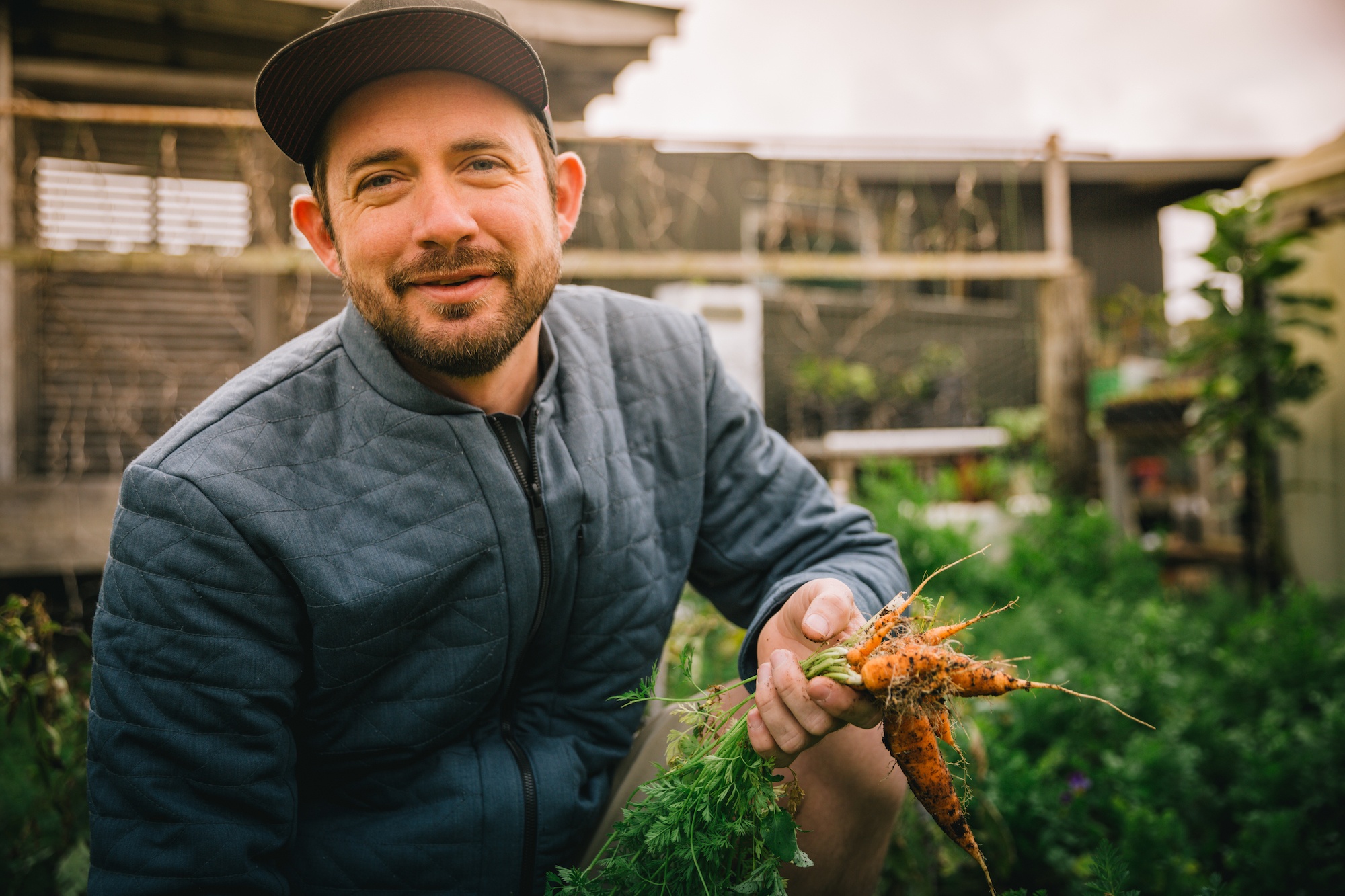 Wow, you never really know your partner until you play them in Monopoly, do you? One word: ruthless.

4. That time I accidentally picked a fight with a five-year-old

Moving in with kids has been a massive adjustment for me. I mean massive. Apart from bringing up a lot of memories of my childhood, it’s been a steep learning curve in figuring out what my role is in this family. Living alone for so long, not growing up with siblings, or living with kids before gave me no preparation for this.

Spending time with Giulio’s girls is surprisingly really cool. It’s not something I ever expected to enjoy. It’s been delightful, and it’s hilarious watching them grow up. Until I need my space or things totally gross me out, then it gets challenging and dumb quarantine fights are on the horizon! I am 31, I should know better!

Watching me try to tame a five-year-old tiger and tie her hair back for dinner, so I don’t have to watch it swirl in her soup is HILARIOUS AND SO FRUSTRATING, and it usually ends with us both in tears. I can’t even bribe her.

Liz, there’s no point arguing with kids. Figure out another way. Again, I’m waiting for that guidebook if anyone wants to send me one ok thanks. 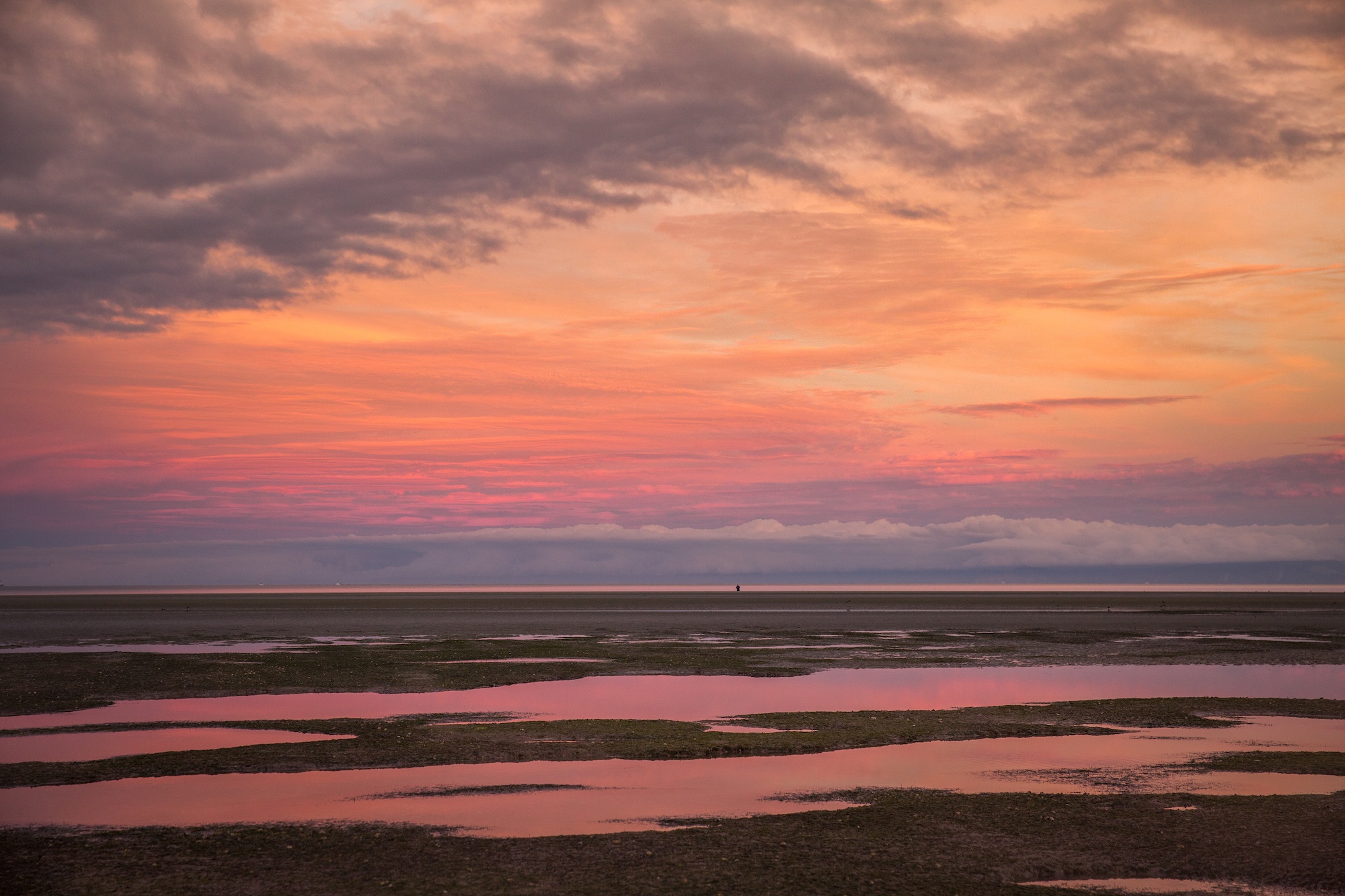 Listen, guys, I have it, like, really hard. Life is super hard when you’re the laziest cook on the planet living with a celebrity chef. It’s especially difficult when you’re stuck at home together for six weeks. In the beginning, when our love was shiny and new, and we were perfect in each other’s eyes, I believed Giulio when he said that he would always cook for me no matter what.

In fact, please let the record state, he tricked me.

Three months into living together, I was starting to get hints about how I should start pulling my weight in the kitchen. Ugh. Fucking fine. Even though he’s the kindest, loveliest person on the planet, I’m intimidated to cook for him. Wouldn’t anyone? 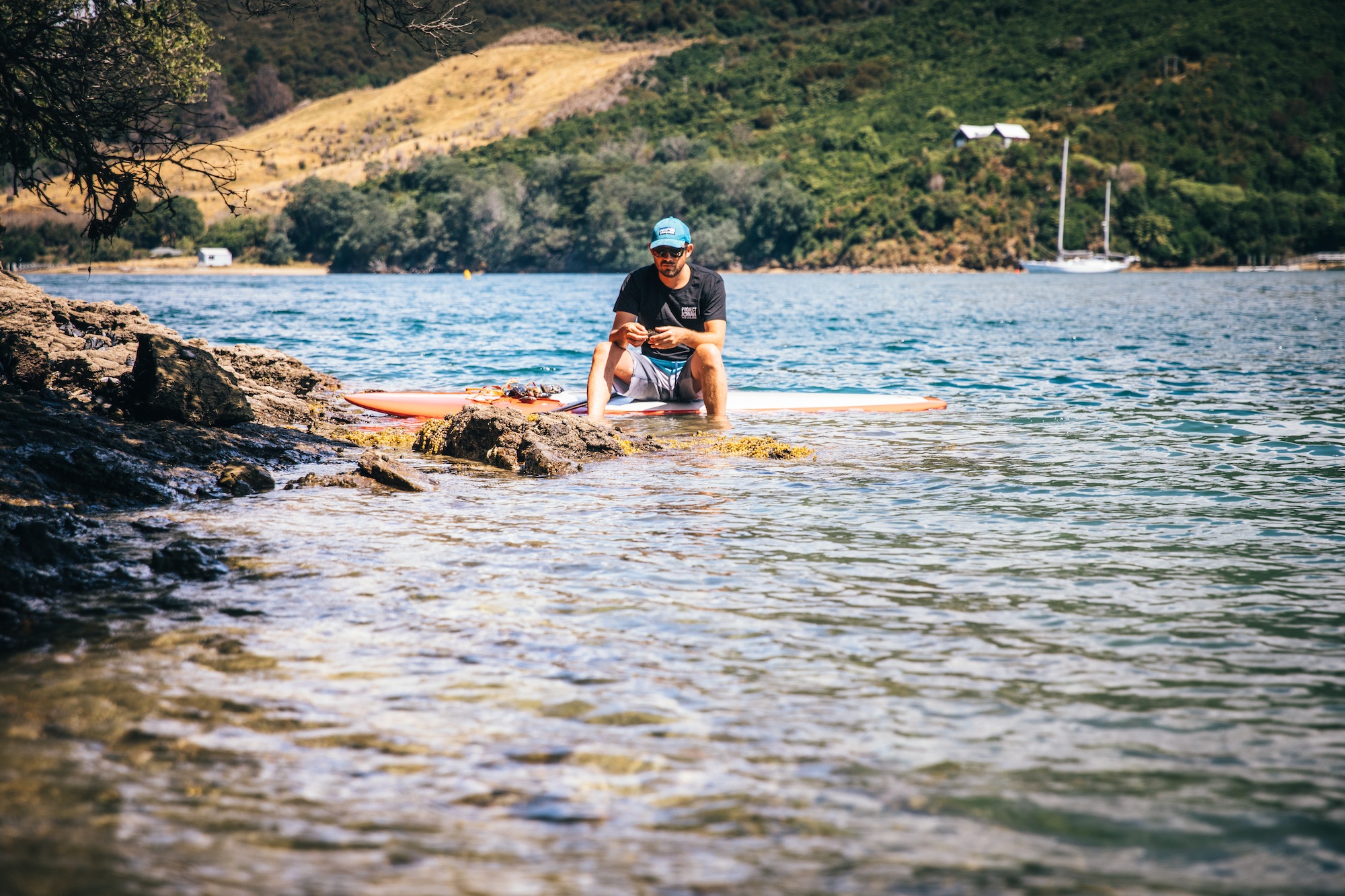 Last week I poured all of my efforts into making French onion soup for us from scratch. Honestly, it was the best one I’ve ever made. I positively slaved over the onions to get them perfect. I was so excited to share it with my new family. Til I poured in the beef stock that I had made him run out to get, and it was, just wrong. What the hell?

Peering closely at the label, I noticed it read “beef style stock” 100% vegan.

Hangry, defeated, with a soup that tasted gross, watching a five-year-old have her hair dangling in it, I lost my shit big time. It spiraled into one of the biggest, dumbest quarantine fights we’ve had. You need to calm down! Never, ever say that to a woman. It never works the way you want.

Definitely not one of my finest moments. I can take up to three things going wrong before I blow up. Adding that to the list of things to discuss with my therapist. I’ve forgiven Giulio (and he likewise), but I blame the vegans. They ruined my dinner and my zen.

What’s the funniest fight you’ve had in quarantine? Care to share? I wanna hear all of you dumb quarantine fights. Show us the mess! Comment below: 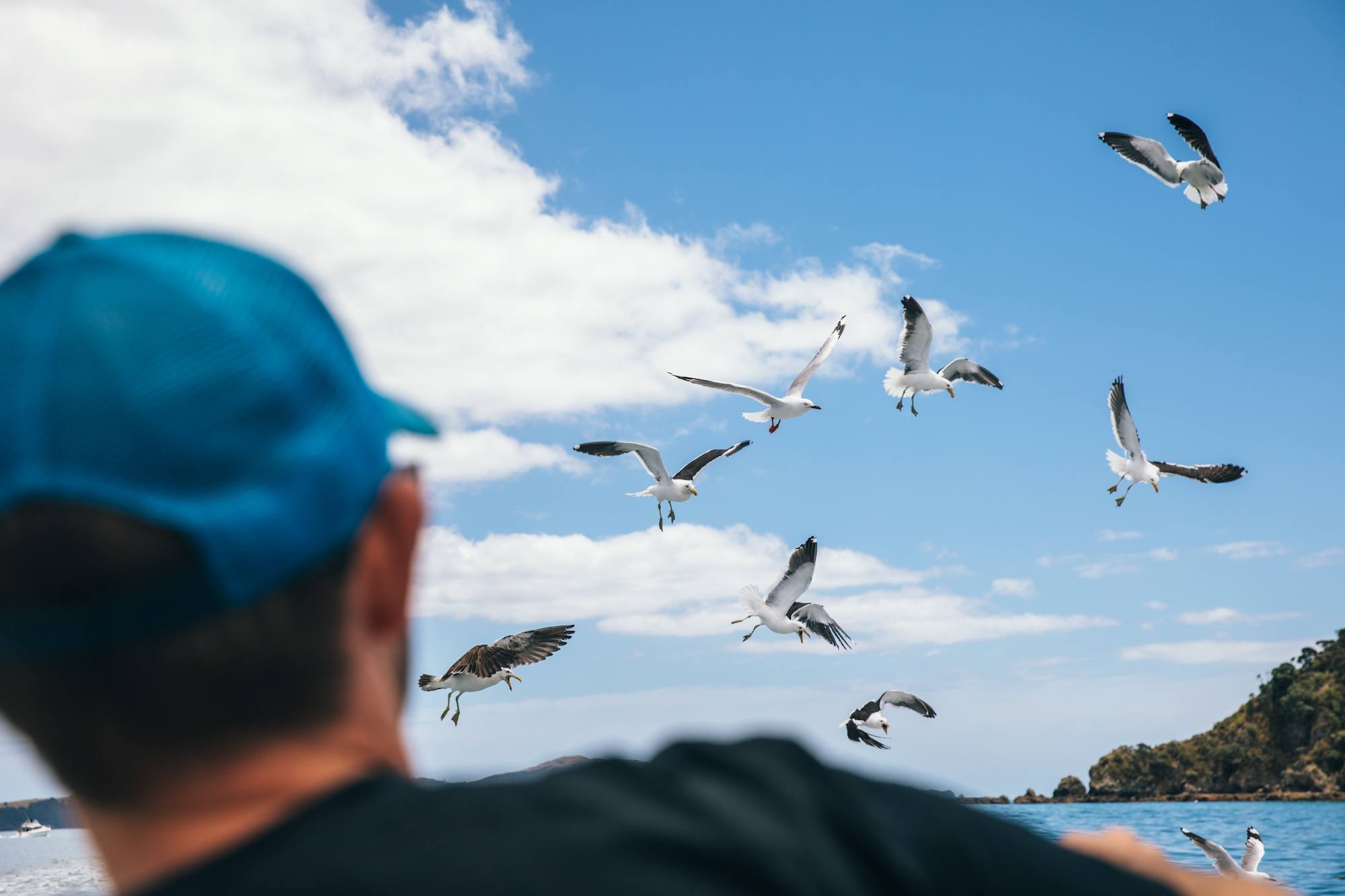 Written by Liz and was published on May 12, 2020 in Confessions, Musings 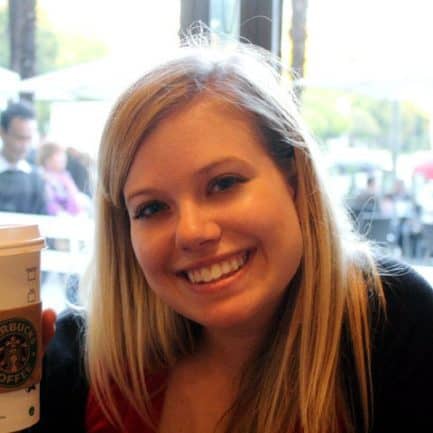 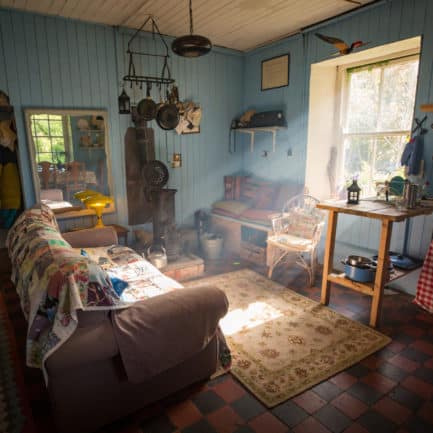 10 thoughts I've had as a traveling homebody 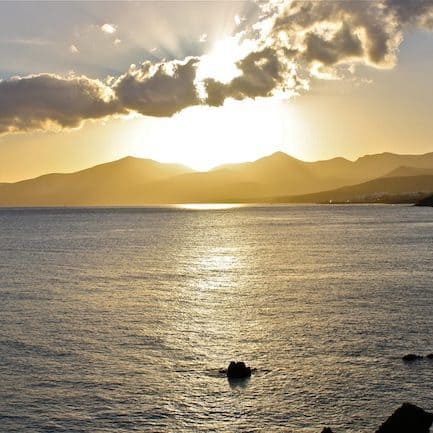