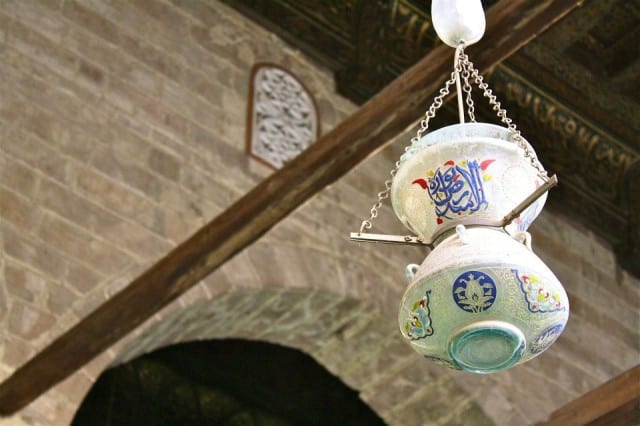 They say that New York is the city that never sleeps. Whoever said that clearly has never been to Egypt because Cairo is NYC on steroids. Walking around Cairo can be overwhelming, to say the least, with full-on sensory overload. As soon as you leave the comfort (or discomfort) of your hotel, the heat, noise, and smell of the city hits you like a slap in the face. But in a good way, if you enjoy that kind of travel, which I definitely do. There are so many things to do and see in this mad city, so I’ve pieced together from all of my mishaps, mess-ups and adventures a list of my top 5 favorite things to do in Cairo. Enjoy!

Have you ever been to Cairo? What was your favorite experience there? 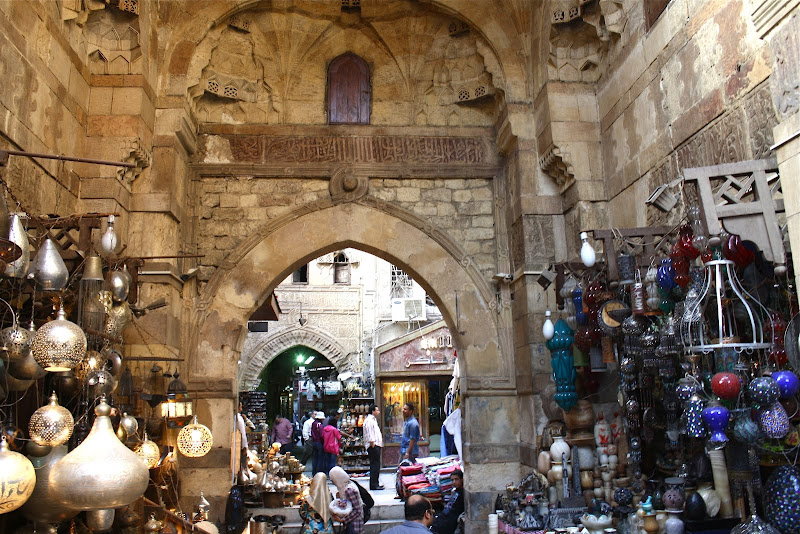 The Khan el-Khalili souk is one of the biggest market/bazars in Cairo. It is almost 700 years old and really really big, located in Islamic Cairo. It was the first place M and I visited in Cairo, and like complete idiots, we got totally lost in the non-tourist section first, which was awesome and a great experience, but not so awesome when you have the starvin’ marvins. After stuffing our faces with chicken kebabs, we stumbled back to the tourist side only to get hustled and hassled out of a ton of money.

My advice is walk around a lot in Egypt before buying souvenirs so that you know what things should really cost. Over by the Al-Azhar Mosque there are smaller, local markets where the crafts are actually made, and you can buy lots of things there for less money. It’s also a great place to meet locals. Have a mint tea outside Fishawy cafe, my favorite coffee place in Islamic Cairo. Take a taxi to the market; it’ll literally be the ride of your life! 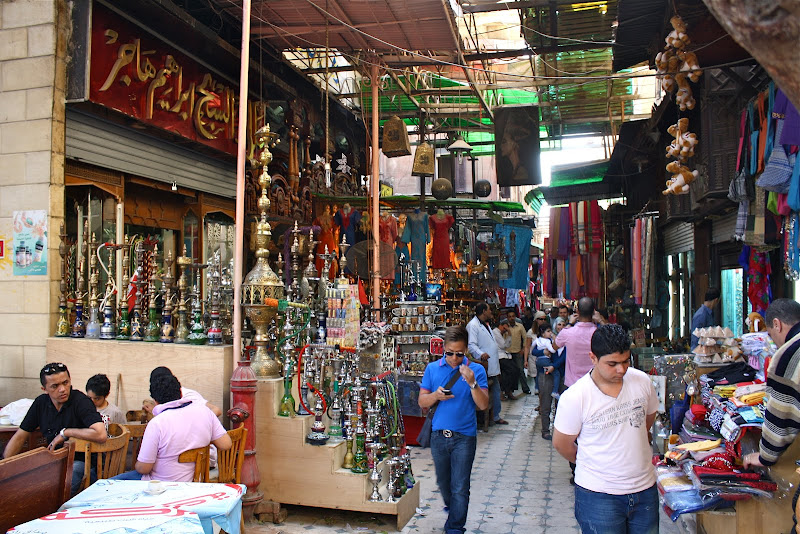 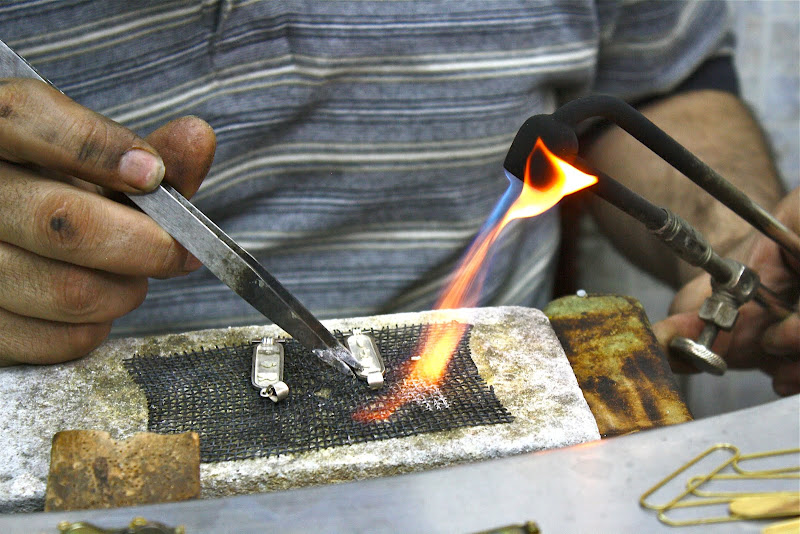 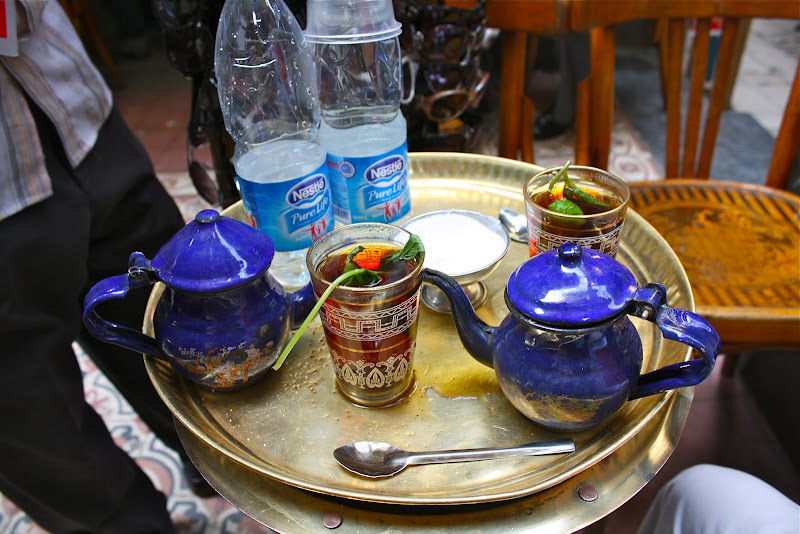 2. See where the Revolution took place in Tahrir Square 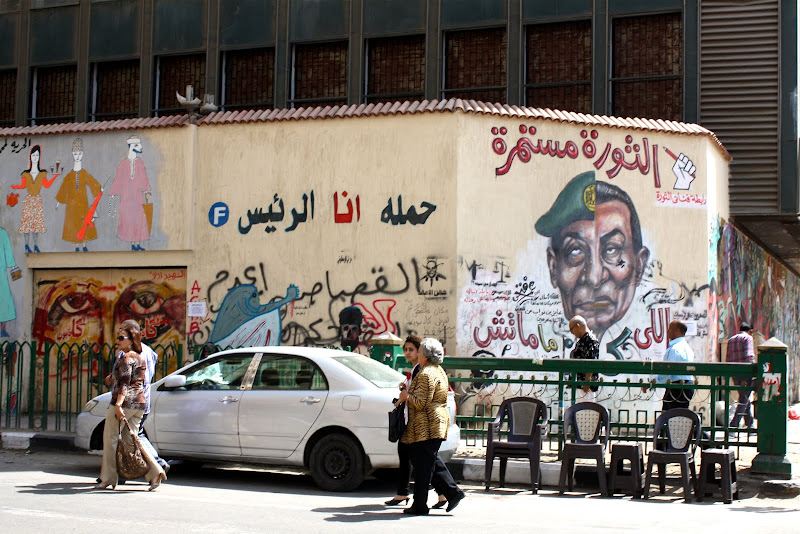 Tahrir Square is a massive square in downtown Cairo, and I was really excited to see it after all of the infamous protests that took place here during the revolution last year. It’s so big you don’t even realize what it is when you get there. Except for all the flags, graffiti, and burnt out buildings that tell the story of what happened. I bought a cool t-shirt here with a drawing of the main protests with the date of the revolution and the words live, freedom, and social justice printed on it in Arabic. A great memory of a historic place. Word of caution, there are still lots of protests going on in Cairo with the elections coming up, so I would avoid the square then. The Egyptian riot police looked pretty damn scary from what we saw. 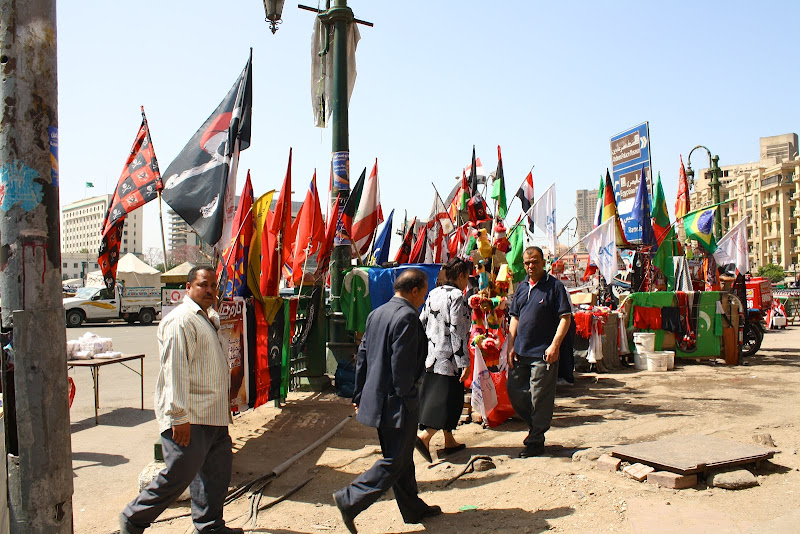 3. Check out the mummies at the Egyptian Museum 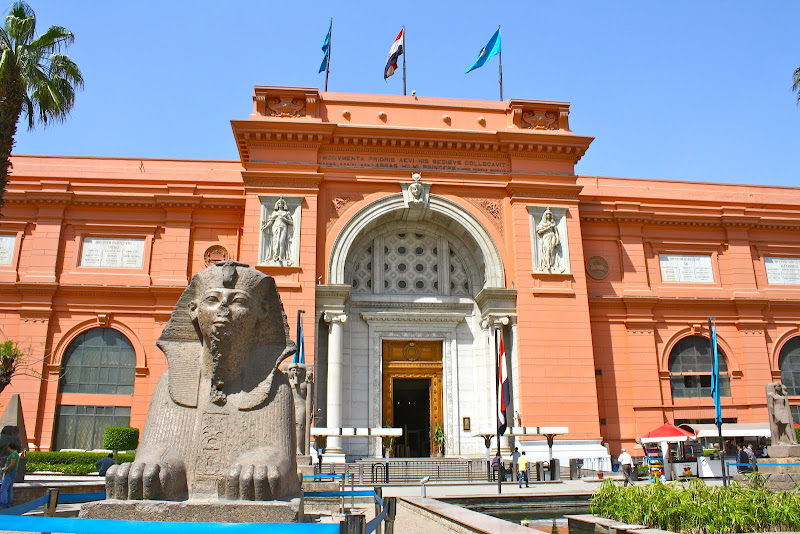 The Egyptian Museum was at the top of my list of places to see in Cairo. However, it was kinda sorta disappointing. Don’t get me wrong, if you ever go to Egypt you have to visit this famous museum, but don’t get your hopes up. It is really badly organized; it looks like one giant storeroom, not a first class museum. You have to go through tons of security to get inside, and they won’t let you in with any cameras, you have to leave them at a camera check outside. So sketch. The museum itself is falling apart inside, with very little security.

However, it has some pretty cool stuff such as most of the things from King Tut’s tomb, including his famous gold death mask. I also got to see a mummified crocodile, which was new for me. You can pay extra to get into the mummy rooms, which is also worth it. Just make sure you either hire a guide to explain stuff to you or bring a guidebook with you. Otherwise, nothing makes sense. It’s sad because so many of Egypt’s greatest treasures reside abroad (thieving Germans and Brits), but at the same time, after seeing how the Egyptians have been taking care of their most precious artifacts, well, let’s just say I don’t feel as bad I should. 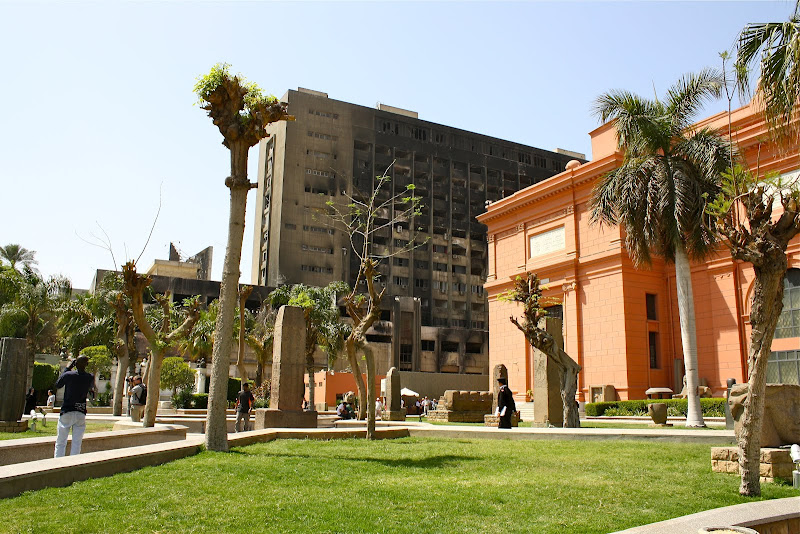 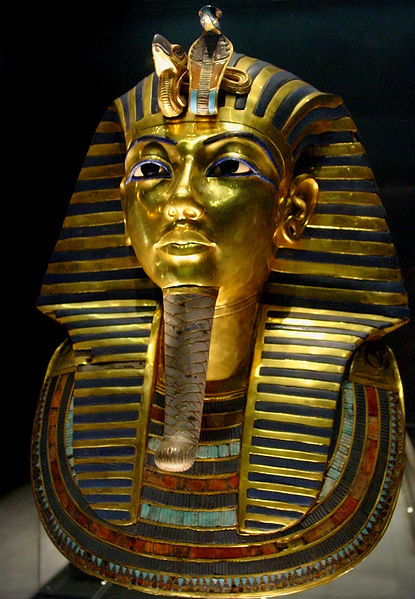 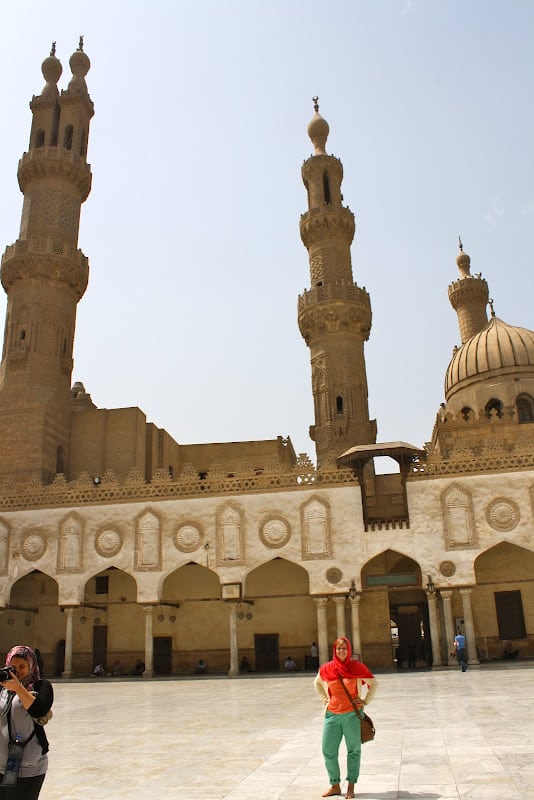 As a thorough traveler in Europe, getting to visit mosques was a completely new experience for me. By the end of our trip we had visited several, but by far my favorite had to have been the Al-Azhar mosque in Cairo. Remember if you are a lady like me, you need to cover up even your hair, or they won’t let you in. I always made sure to bring a cardigan and scarf with me. You have to take your shoes off too before going in, but they have little cubby holes you can leave them in.

We noticed that many of the people around the mosques or inside were very friendly and helpful, and more than willing to give us little tours and show off their mosques to us. They even answered all of my incessant, idiotic questions. The Al-Azhar mosque was founded in 972, and is special for many reasons but most importantly because it is the second oldest university in the world and the foremost school for Islamic law. You can’t go to Egypt without visiting a mosque. 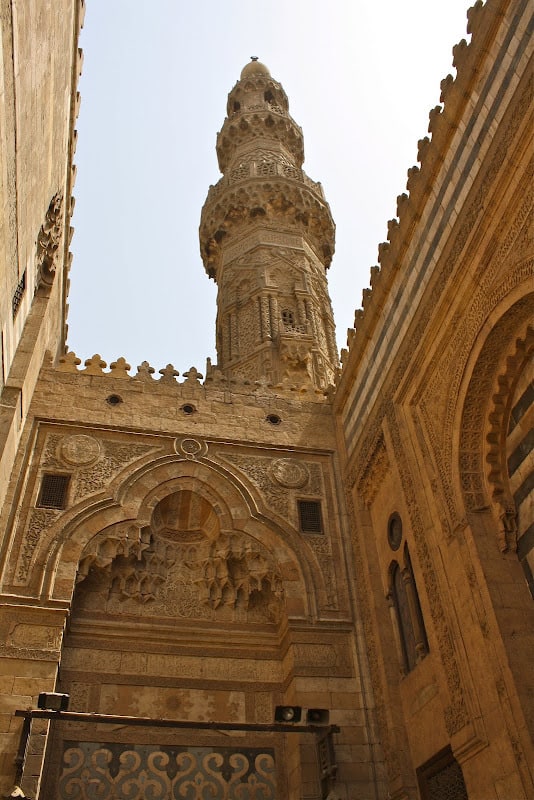 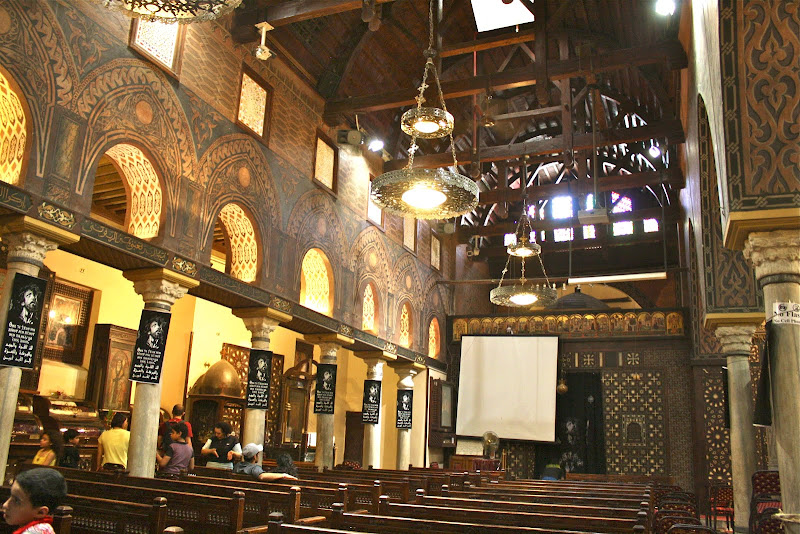 In old Cairo, there is a section home to native christian Egyptians called Copts. Here you enter into a walled part of the old quarter, and it’s like going back in time. There are several churches, monasteries, and even a synagogue here to see. The most famous church is called the Hanging Church, dating back to the 3rd century. It’s really beautiful inside, and one of my favorite places in Cairo. Coptic Cairo is far from the city center and takes absolutely forever by taxi because of the traffic, so it’s best to go on the metro. That’s right, the public metro! An experience in itself! It costs 1 Egyptian pound, and they even have women only cars, which I was a HUGE fan of! Finally a break from getting stared down and hassled by pervy men. 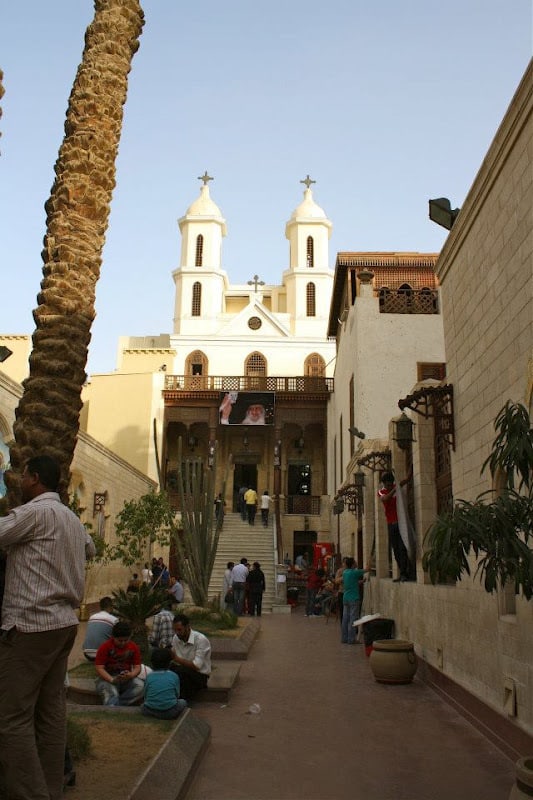 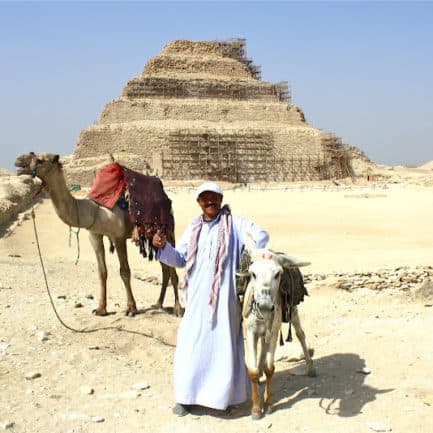