Home » Blog » Adventures » Saqqara, that one time I got put on a donkey 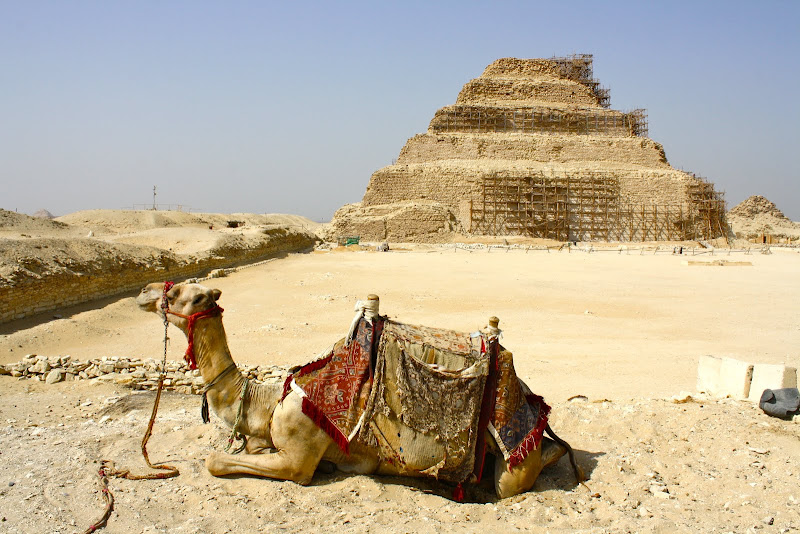 After spending a long hot morning riding camels in the sun around the pyramids in Giza, we decided to check out some of the lesser known tourist sites outside Cairo, including Saqqara. For around 25 euros a day, we hired a private taxi driver in Cairo to drive us around to the sites outside the city, which is the thing to do if you are traveling independently in Egypt.

1. Saqqara was the necropolis, or the burial ground for Memphis, the ancient capital ofLower Egypt

2. Lower Egypt is in the north (around Cairo and Giza) while Upper Egypt (around Luxor) is in the south because the Nile flows from south to north,towards the Mediterranean

3. The capital of Upper Egypt was Thebes (modern day Luxor), this is where Tut is buried in the Valley of the Kings, lots of cool sites to visit here

4. Upper and Lower Egypt were united in 3000BC by the Pharaoh Menes 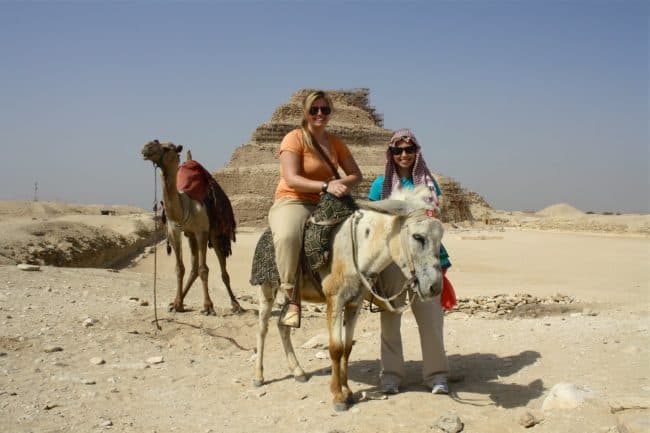 Saqqara is famous for it’s Step Pyramid (Step Pyramid of Djoser) built in the 27th century BC. Damn that was a long time ago! You’ve probably seen pictures of it in your high school world history text book. There are lots of smaller pyramids in Saqqara to see, along with tombs and temples in various degrees of dilapidation, but most people come just to see the pyramid. We were incredibly lucky and we were 2 of maybe 7 total tourists there that afternoon. Also, the pyramid was covered in scaffolding. Great.

I have two pervading memories of Saqqara. Number one was that it was ungodly hot. I am talking sweating so much your shirt changes color entirely, the pyramids in the distance seem to shimmer from the heat coming of the ground, and you think you might faint right there on the sandy desert floor in front of pervy Egyptian men kind of hot. We pretty much spent the afternoon looking for shade.

Number 2 was getting involuntarily put on a donkey. That’s right, one of those guys who called me Shakira and said I had hair like sunshine picked me right up and put me on his donkey without even asking. Maybe he though we could ride away into the sunset together, or maybe he just wanted my money that badly. Who knows? 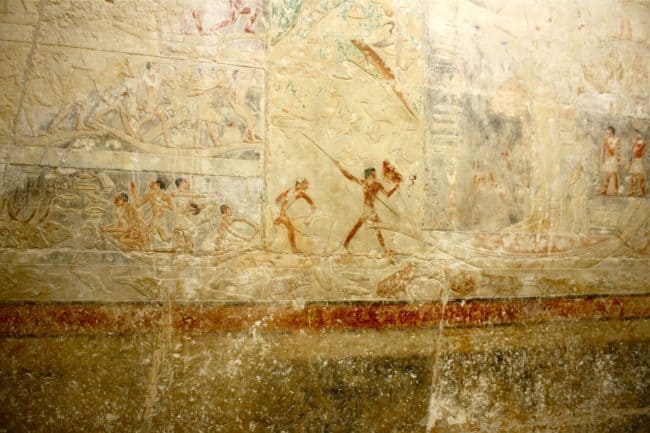 I was innocently taking pictures of the Step Pyramid when a man in traditional garb wandered over tugging his donkey and camel. I think he charges people to sit on one in front of the pyramid for a cool picture. Considering the fact that I spent the last 4 hours riding around on a camel in Giza and my legs hurt so bad, I said thanks but no thanks. He then came up and starting making ridiculously bad jokes, like only Egyptians can do, and I started to laugh. Damnit! Rule number 1 for not getting swindled or hustled, don’t make eye contact. Fail. 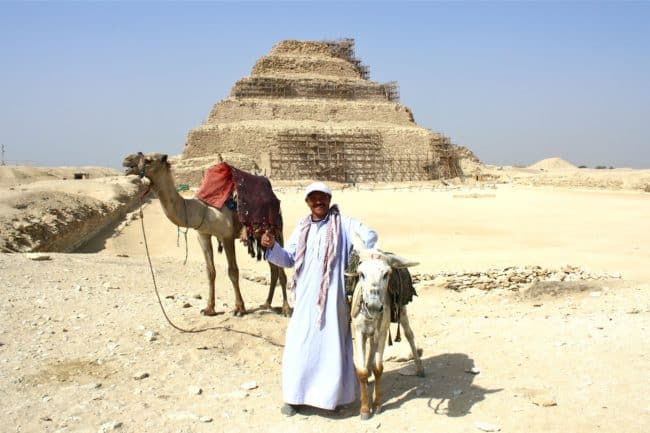 He pulled me over to his donkey and then proceeded to put one of those middle-eastern checkered scarves on my head with the rubber thing on top while M was laughing her pants off and taking pictures of us. Thanks friend! After telling me I looked like a real Egyptian now (yeah right) he told me to put my hand on his shoulder, I thought for a picture, but before I knew it, he literally swept me off my feet and put me on his donkey!

One minute I was on the ground, the next on the donkey. How did that happen? I’m pretty sure I was taller than him too! He then grabbed my camera from M and put the scarf on her head (haha!) and started to take about 50 photos of us. So a word of warning ladies, when in Egypt, watch out for men with donkeys, they can be mighty sneaky!

What would you do if someone put you on a donkey without your permission? Have you ever been to Saqqara? 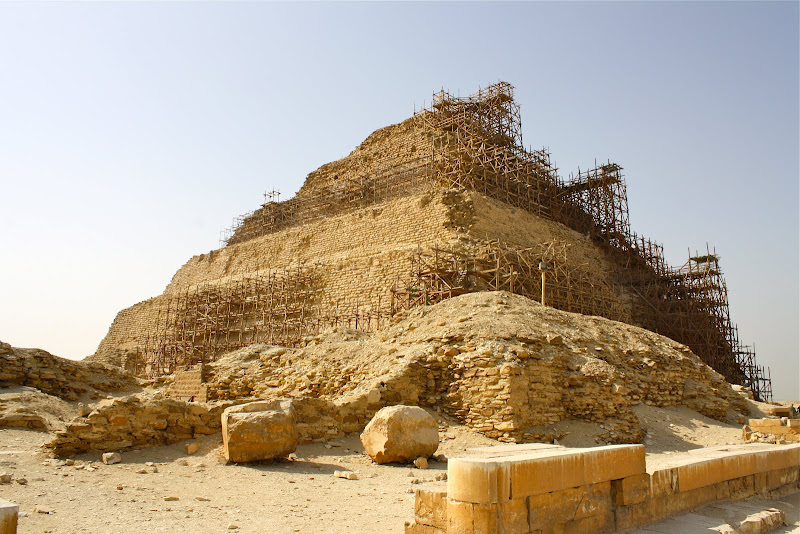 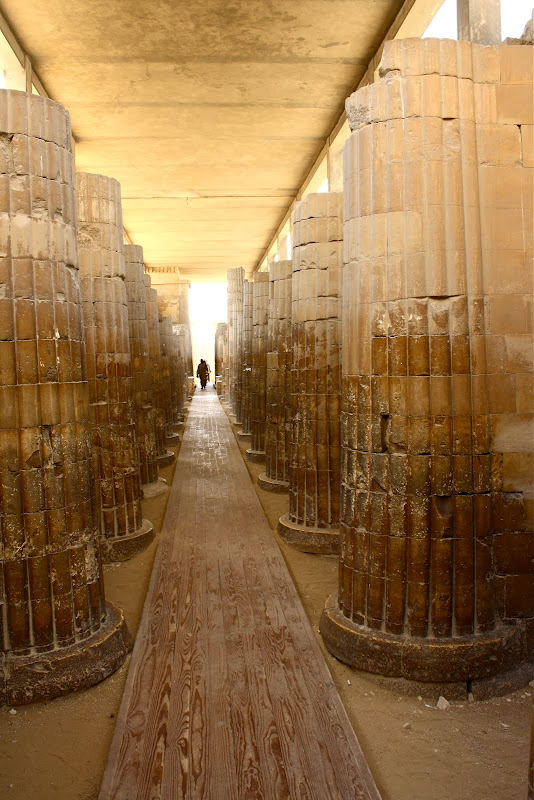 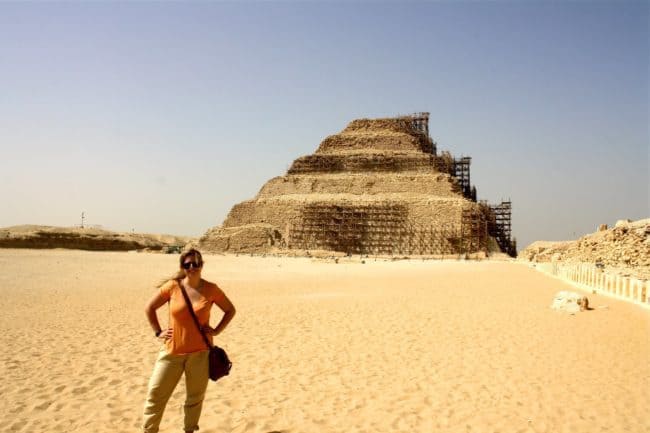 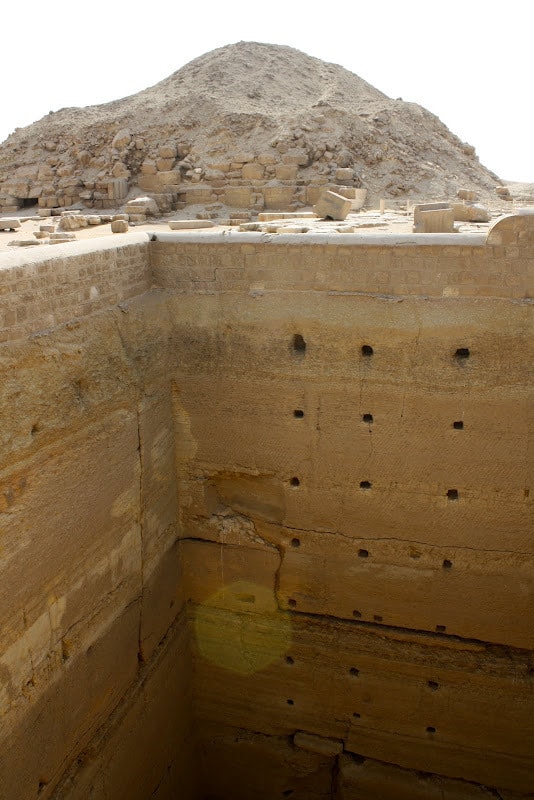 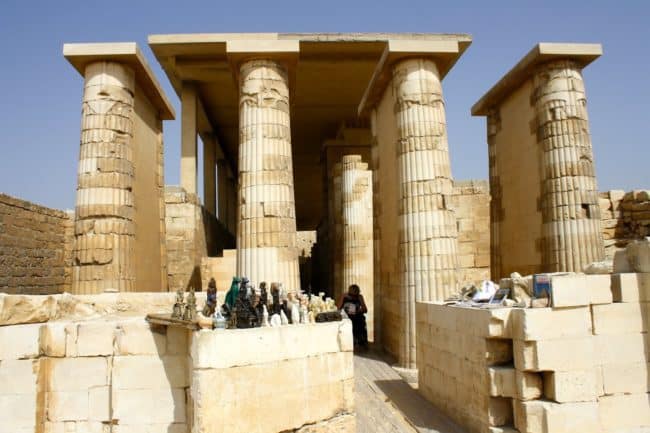 3 Comments on “Saqqara, that one time I got put on a donkey” 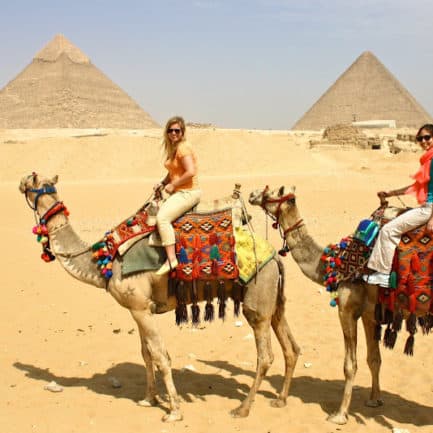 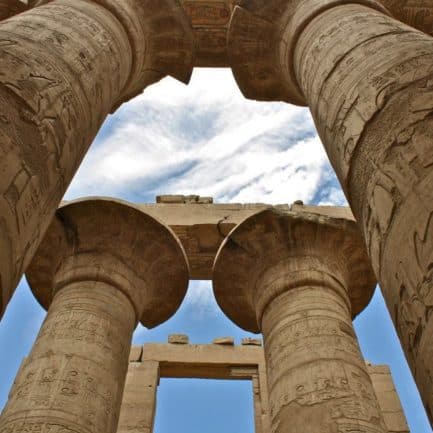