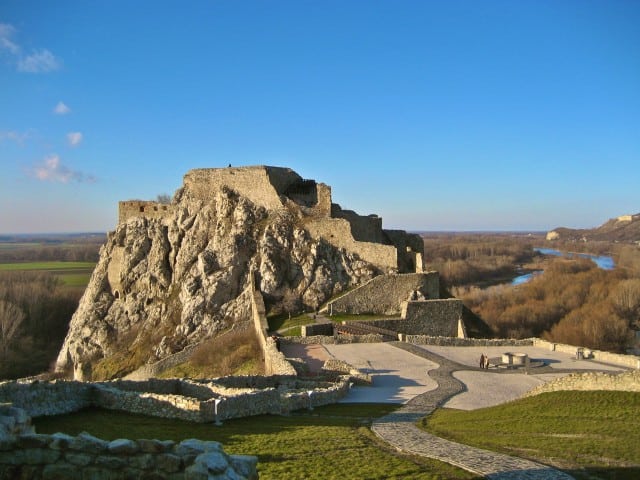 Backpacking through Eastern Europe, I was able to knock quite a few countries off of my bucket-list. Many of them I fell in love with wholeheartedly and I knew then and there I would want to return one day. Other places, not so much. Yup, you guessed it, Bratislava, Slovakia was on that list of places I really don’t want to go back to.

When I was in Austria, I knew I wanted to squeeze in some time to go to Slovakia, since it was so close by. I spent the day wandering around Bratislava, which turned out to be the least memorable city I’ve ever been to. Completely irritated by lunch time, I decided to see if there were any places of interest left to me on the map. Squeezed in the bottom section of sights and activities was listed a place Devin Castle with a crazy address in Slovakian and a bus number.

So I asked around until I found out where that bus left from and hung around freezing my ass off til it came. No one spoke any English, and after a lot of pointing and shouting in my god-awful German, the bus driver and local old ladies realized where I wanted to go.

Hopping off the bus in the middle of nowhere, I began to climb a lush green hill towards the ruin of a great castle. With no one around, it felt like I stepped back in time to another age.

The sky was a perfect crisp blue as I explored the great keep. Historic Devin Castle was bathed in a golden yellow light as the sun set over the Danube river and surrounding fields, illuminating it forever in my memory as a peaceful, perfect afternoon jaunt in eastern Europe.

I guess Slovakia wasn’t so bad after all.

Have you ever been to Slovakia or Devin Castle? Has a country ever let you down or become “forgettable” on your travels? 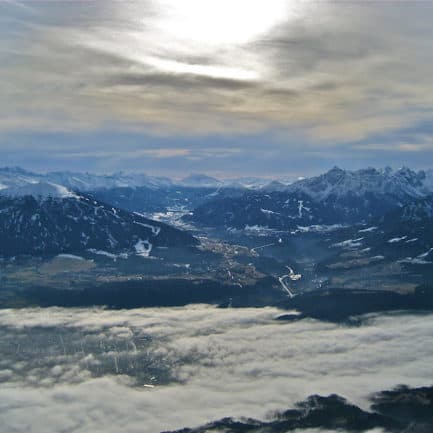 In January 2008 in the middle of my whirlwind Euro backpacking trip, I…Read More