It’s a very important time of year guys. An pivotal election is already underway. Tensions are elevated. Competition is strong, and the stakes are very high. Things could get ugly.

Voting has a lot of pressure, I don’t want to screw it up!

Some of you nosy humans have been harassing me on social media about who I’m voting for this year. But come on, isn’t obvious? I mean I drop hints and talk about it all the time.

Surprise! I’m voting for the kākāpō for Pres….I mean New Zealand Bird of the Year. 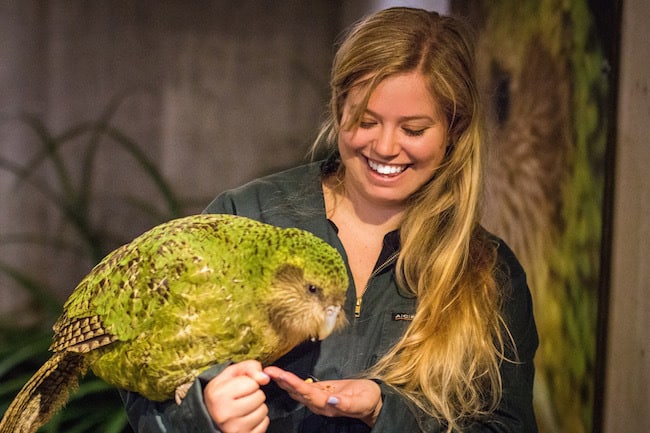 To be fair, if you’ve been following me for a while, it shouldn’t come as such a surprise. I mean, I pretty much ramble on about these quirky birds as often as I can! Kākāpō have an amazing story that deserves to be shared with the world, and I want to do my part as best as I possibly can! Current goal – I want everyone to know what a kākāpō is. If anyone is interested in joining my team in charge of kākāpō brand awareness – hit me up.

So before humans arrived in New Zealand, the islands were home only to birds. Imagine that! But we brought pests, like ferrets, stoats, possums, rats and cats which almost decimated them.

Kākāpō, like so many of New Zealand’s native birds, need our help. Going from the 3rd most common bird in New Zealand to fewer than 150 left today, they are the prime example of an amazing creature facing extinction – it’s our fault they’ve almost disappeared so it’s up to us to help bring them back! Collective historical and social responsibility people! 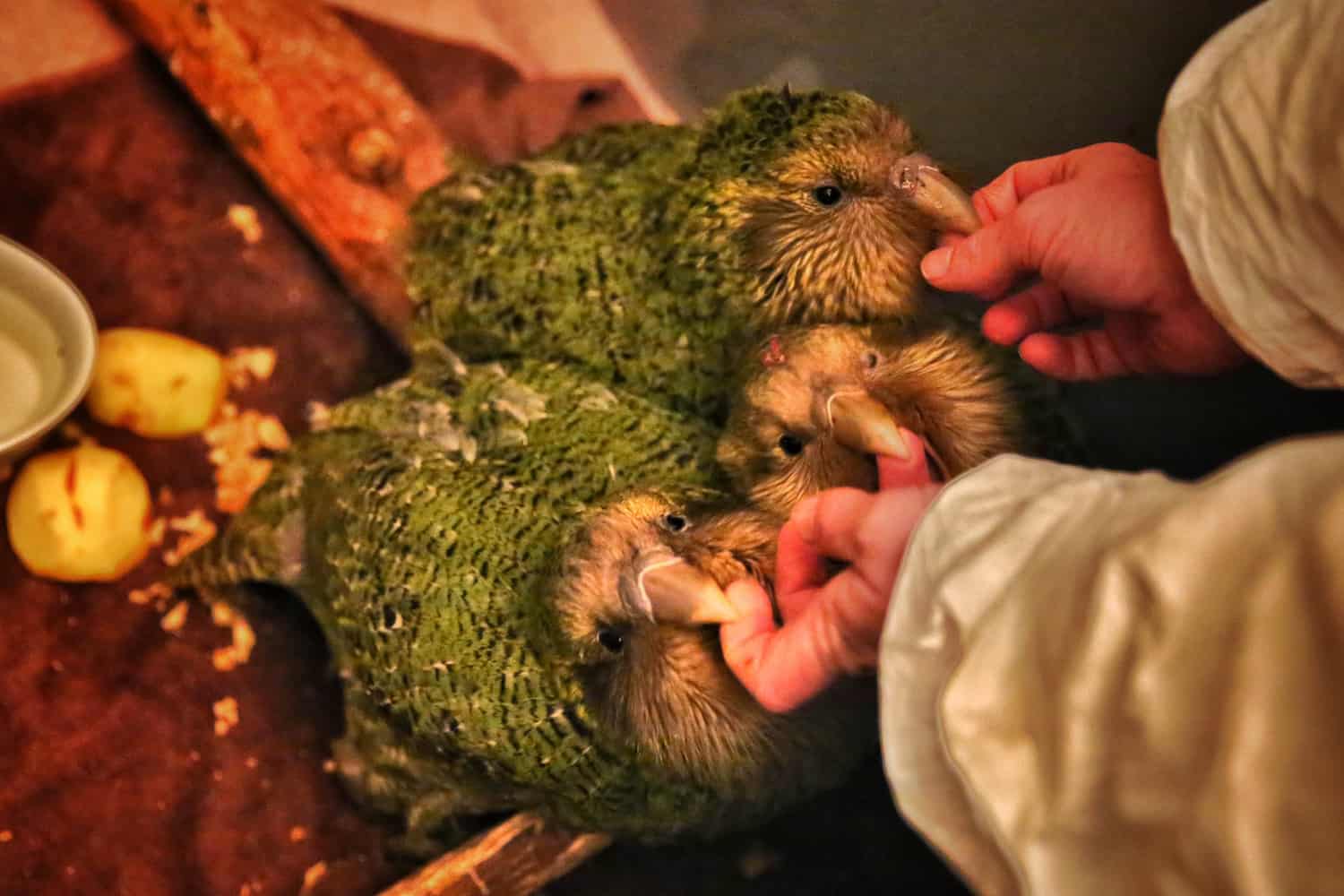 Some of this years chicks in Invercargill 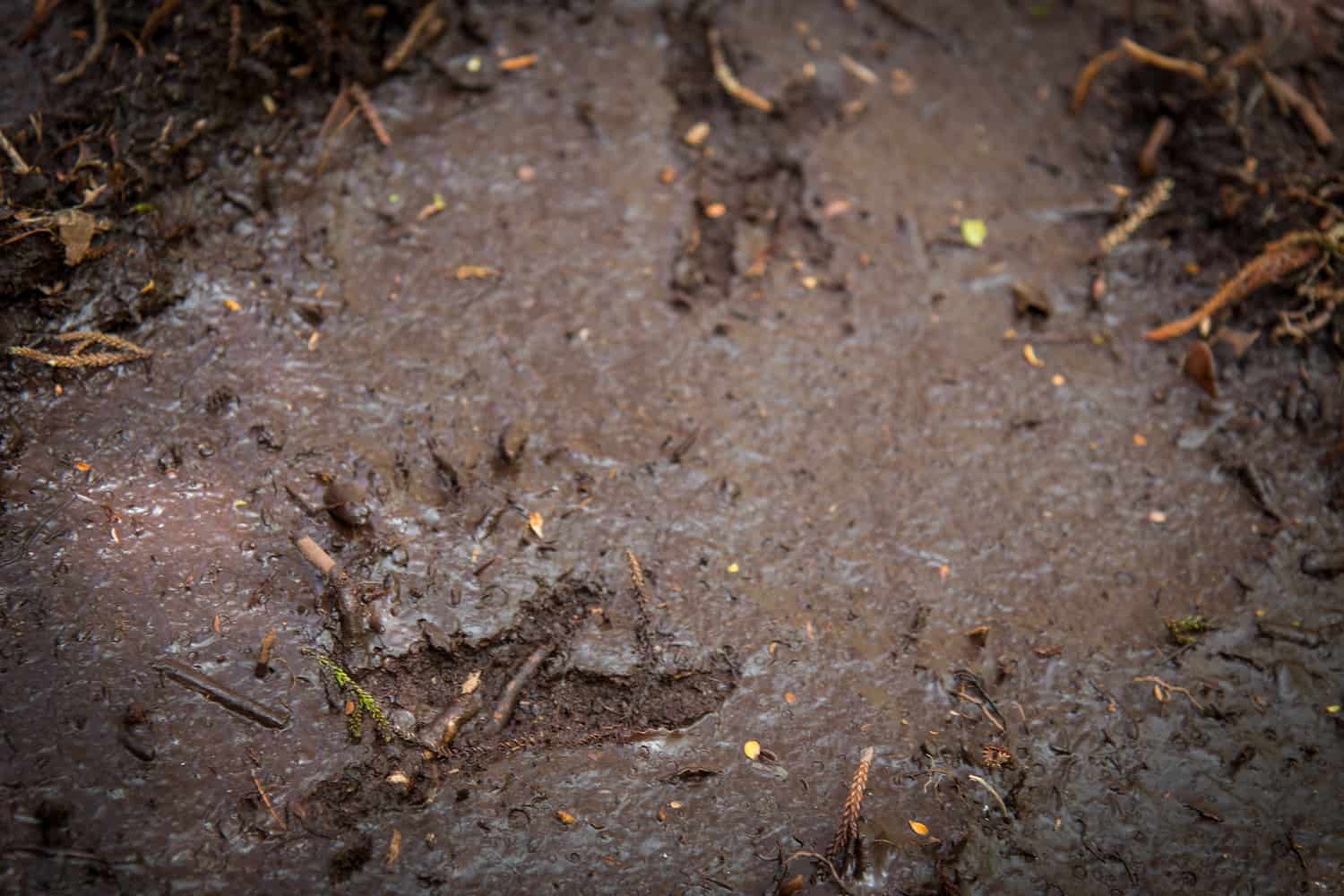 Ever year Forest and Bird holds a “Bird of the Year” competition in New Zealand, and this year I volunteered to be the campaign manager for my beloved kākāpō. What a surprise, I know. DIBS!

I mean it was a tough call because I love all of New Zealand’s native birds, listening for their calls on hikes and following the amazing conservation projects around helping them. After all, they are almost all facing the same issues.

Besides kākāpō, Fantails are probably my favorite bird, especially as I have them living in my garden, though the cheeky kea (alpine parrot) and the chubby kererū woodpigeon (that gets drunk on fermented berries and falls out of trees – a bird after my own heart), are a close second.

But at the end of the day, kākāpō are in the number one spot for me. I’ve held the famous Sirocco at Zealandia last year (best moment of my life; I just about died) and visited Whenua Hou, one of the three offshore islands where kākāpō live, and I am determined to use all of my blogging powers to help them as much as I can! 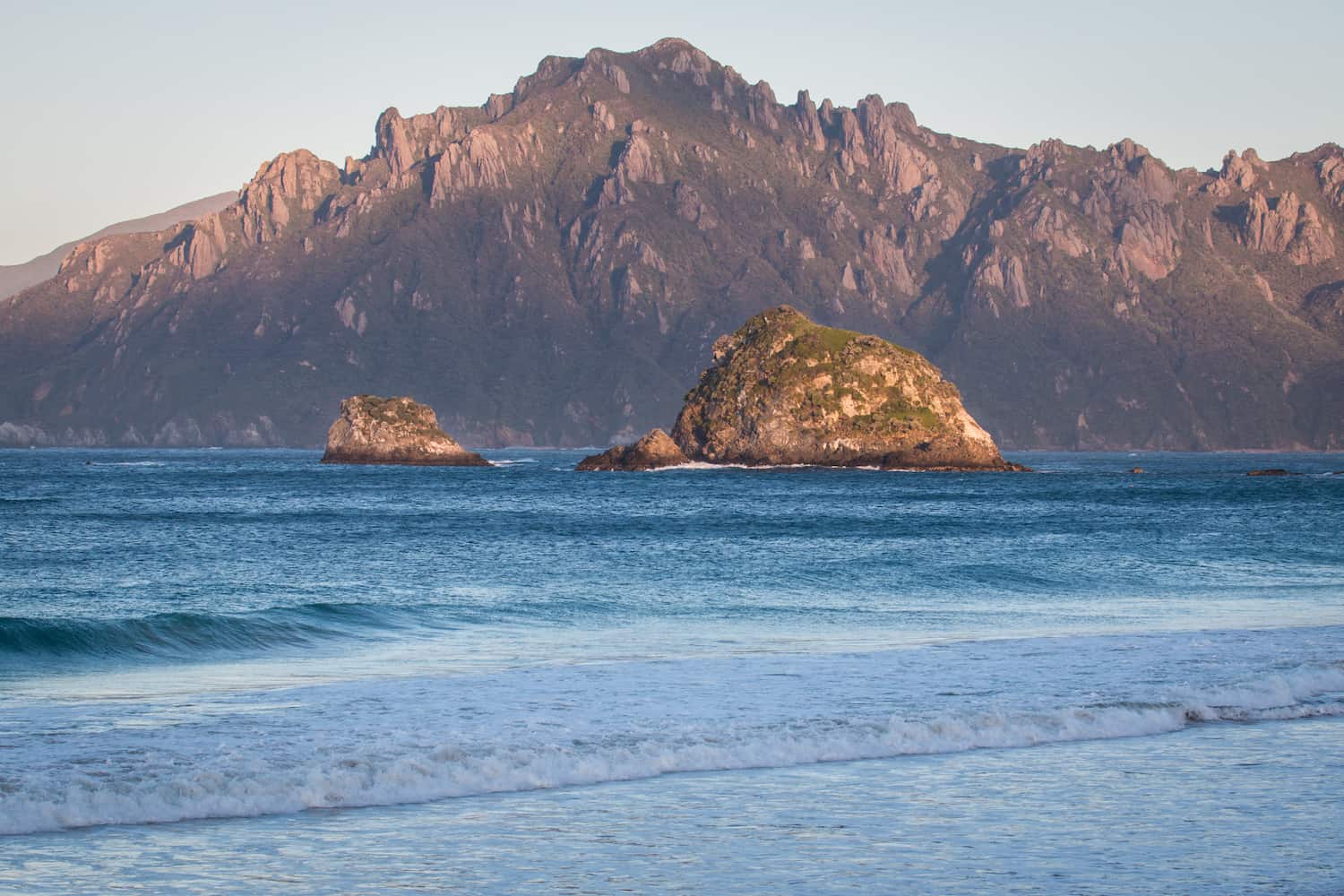 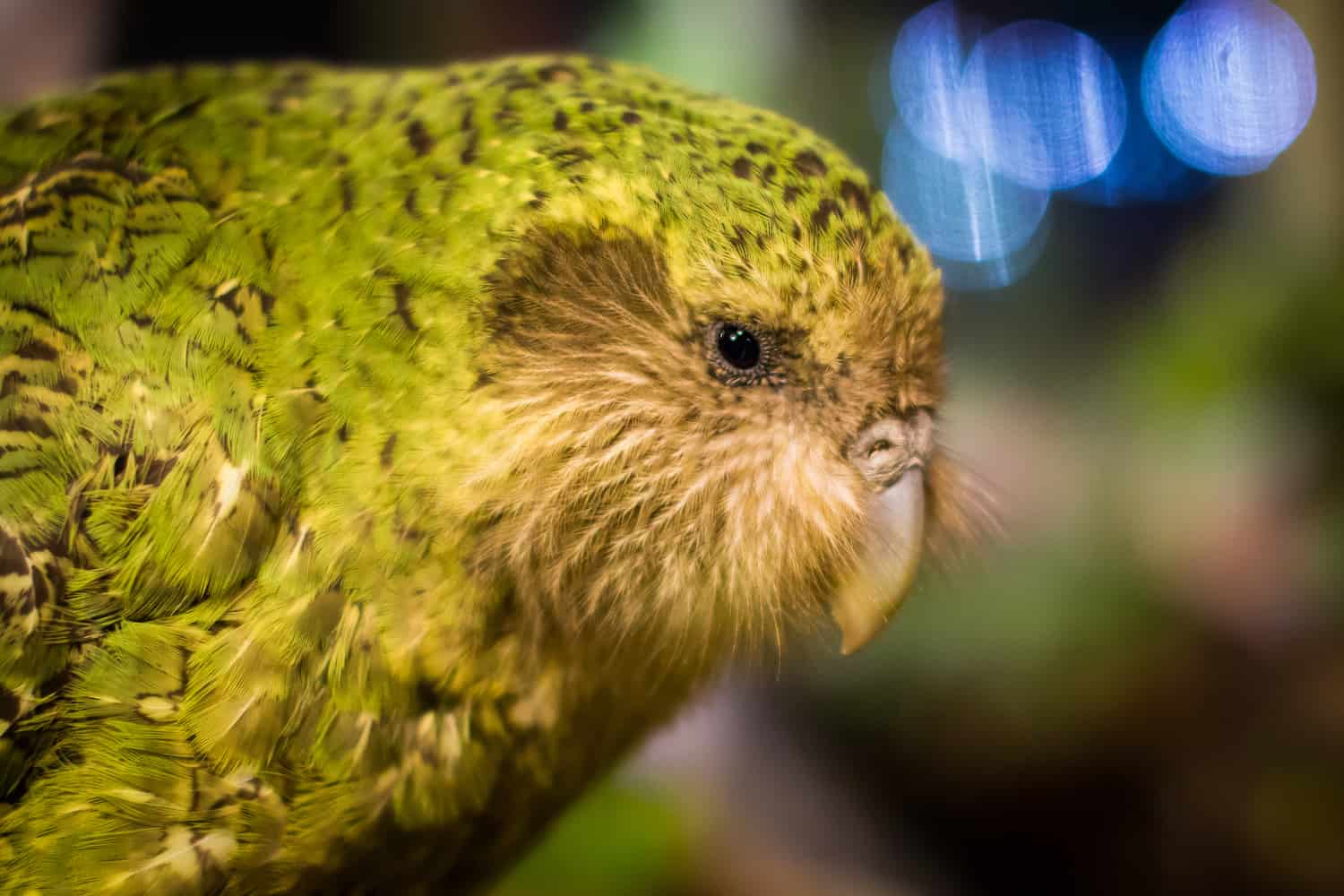 Here are five reasons why I am voting for kākāpō for Bird of the Year and why you should too!

1. Kākāpō are the misfits of the parrot kingdom. They can’t fly, are nocturnal and are seriously endangered. So many of New Zealand’s birds face this but kākāpō have it bad. There are less than 150 left, and their breeding cycles are frankly bizarre and involve a subsonic mating boom call that travels for miles. Say what?

2. I’m pretty sure kākāpō are dinosaur birds, a relic of a bygone age. I mean look at them! How cute are they? Apart from being huge, rotund and shaped like a giant avocado (kākāpō are the heaviest parrot in the world), they kinda look like an owl and a parrot had a baby. But what surprised me the most was their smell which is strong and musty, like the inside of an old violin case. Yes, you read that right. A prehistoric bird that actually smells old. 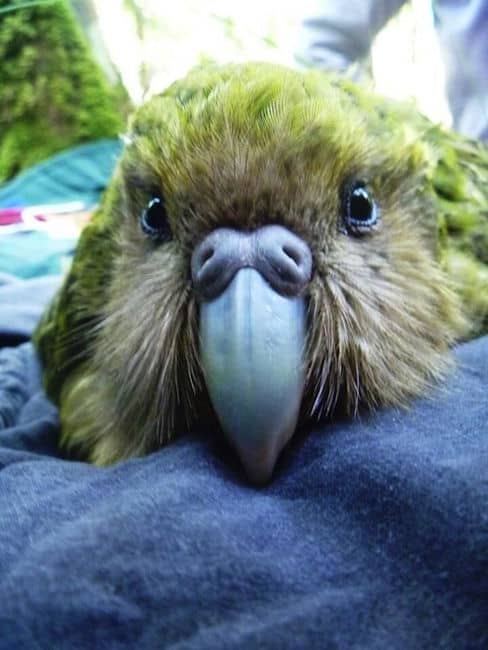 Lisa 2 – all kākāpō have names 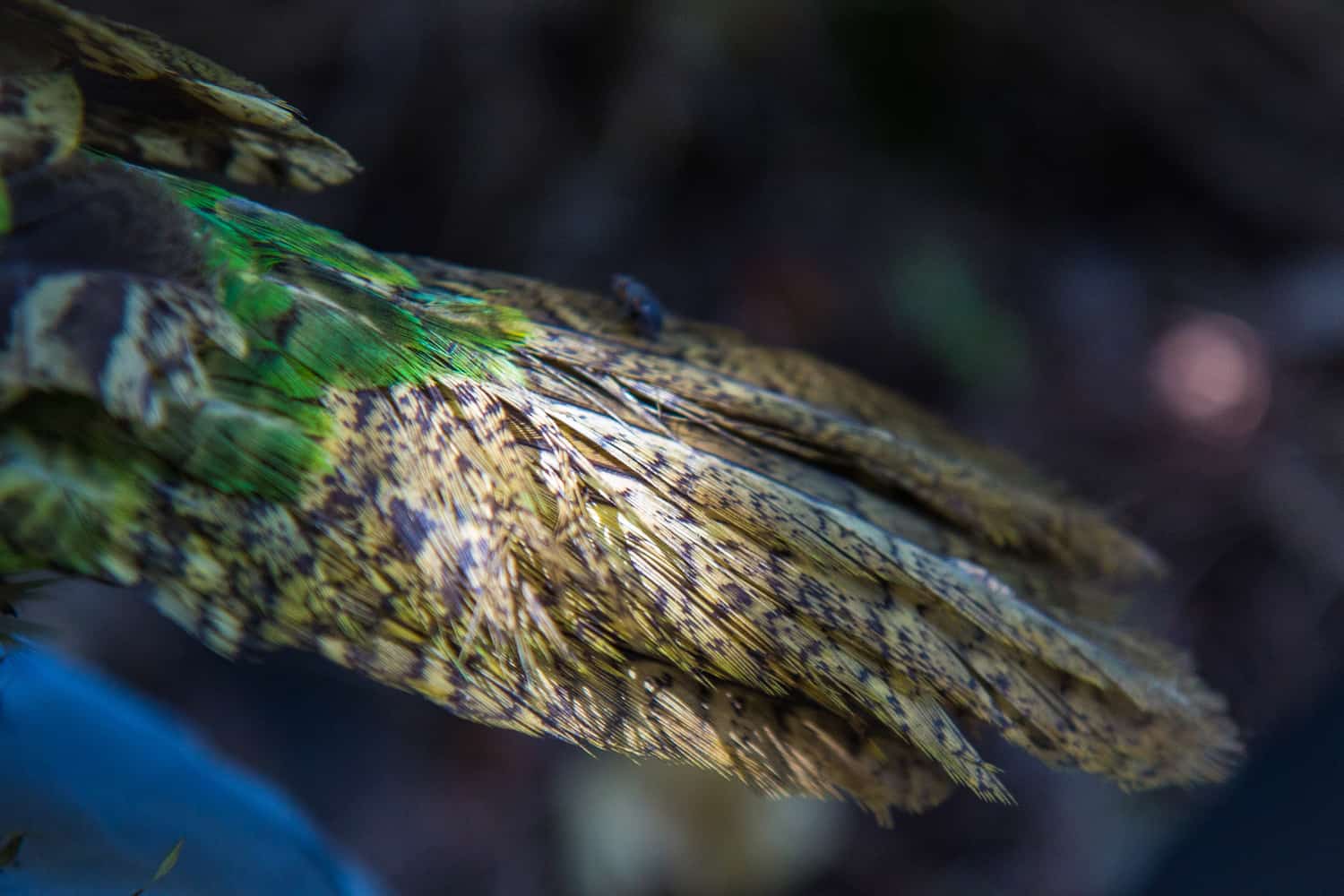 3. Kākāpō live for a long time. Like, a really long time. I’m talking an average of 90 years give or take. Respect.

4. The most famous of kākāpō is Sirocco, who rose to fame with a viral video of him getting frisky on the BBC. Sirocco was sick as a baby and was hand-reared by people and accidentally imprinted on them – he thinks he’s human. Like one time he jumped off a jetty and tried to swim, and he used to build his bowls to boom into (to attract the lady kākāpō) on the path to the toilet. Then he would surprise “boom” at an unlucky lady ranger headed to the bathroom in the middle of the night and try to climb up her leg and mate with her. Sigh. Men. 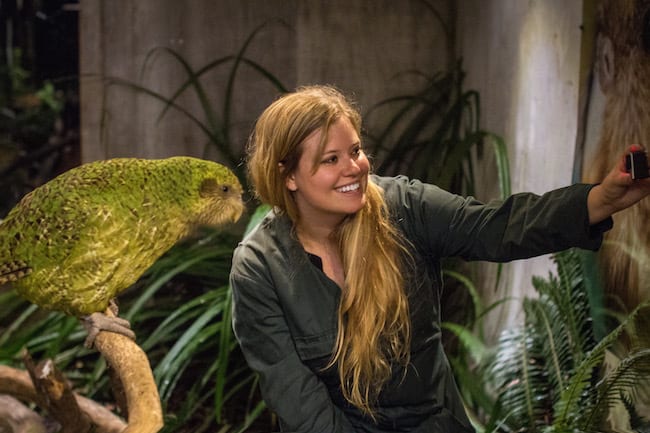 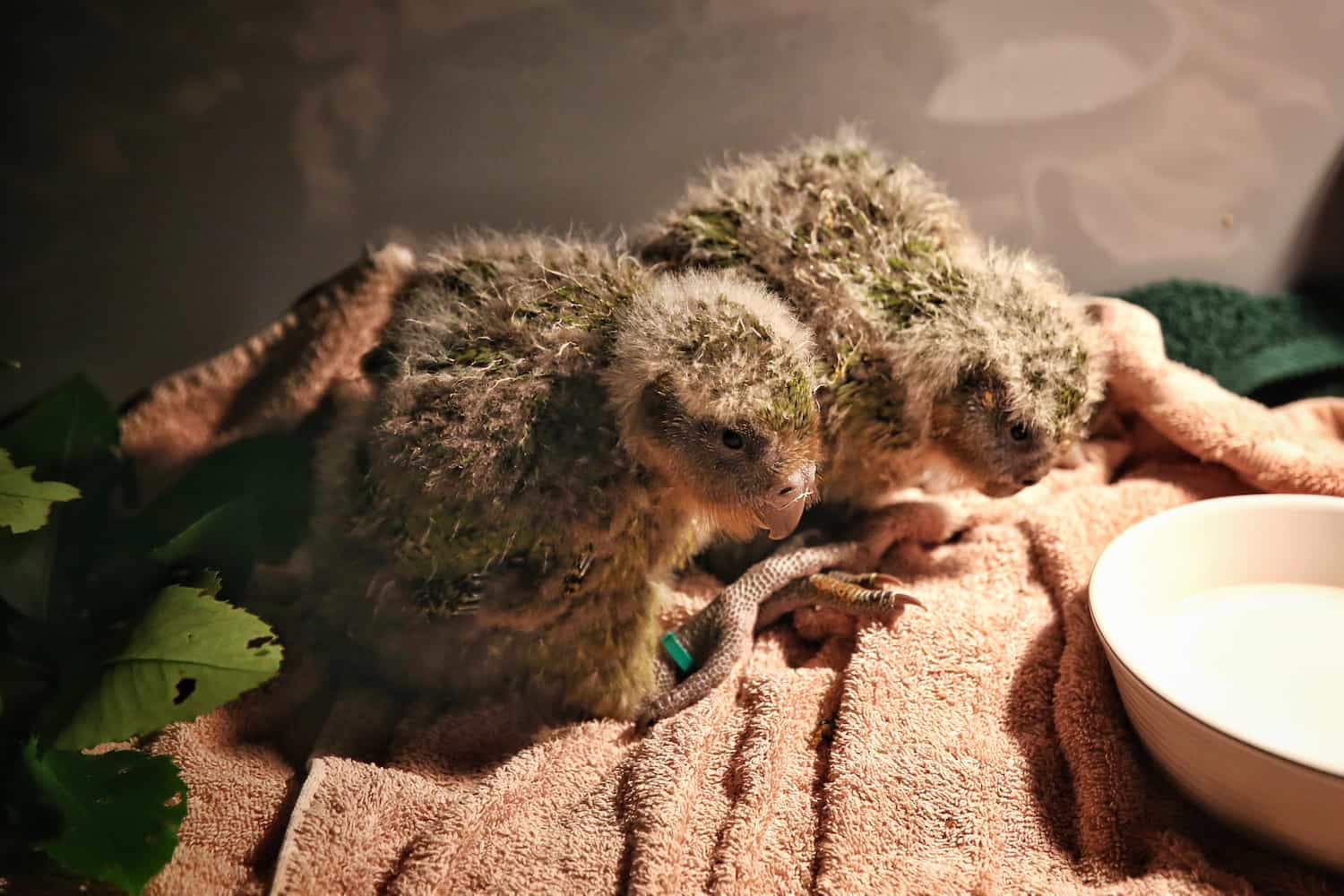 Some very young chicks this year

5. I believe kākāpō deserve to be Bird of the Year because 2016 was an epic year for them, with one of the best breeding seasons ever with 34 chicks being born. This is a big deal guys! It was also the year that Kākāpō Recovery got enough funding to sequence the genomes of the entire species to help save them. Though finally, I also think kākāpō can become the case we need to show the world that extinction can be stopped, and yes, we can actually make a difference, setting an example for the rest of the endangered birds in New Zealand.

Don’t forget to vote for kākāpō for Bird of the Year – pretty please! You also will get the chance to win an expedition trip to the Subantarctic Islands!

Oh, and I’m also voting for Hillary for president of the US because OBVIOUSLY. Don’t know how you can be a sensible, sane, moderately-educated human being and not vote for her. Over and out.

Written by Liz and was published on October 18, 2016 in Confessions, Get Inspired, Nerd Alert, New Zealand 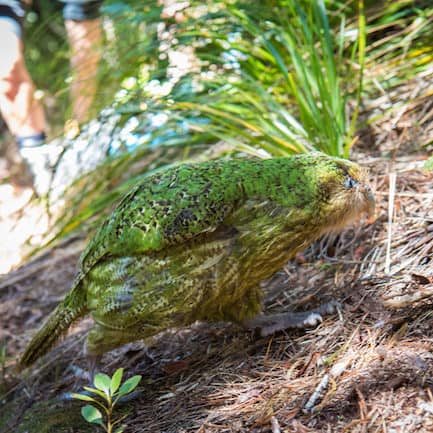 In search of Kākāpō - 24 hours on Whenua Hou 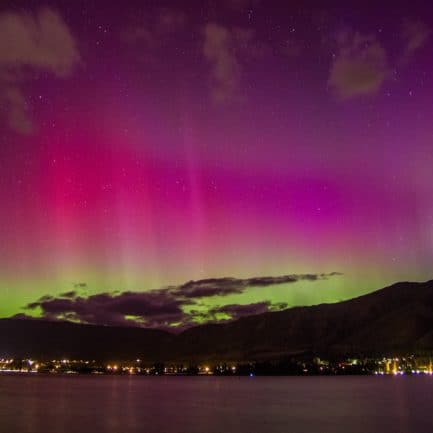 In 5 years of blogging, this has to be the fastest turn around…Read More 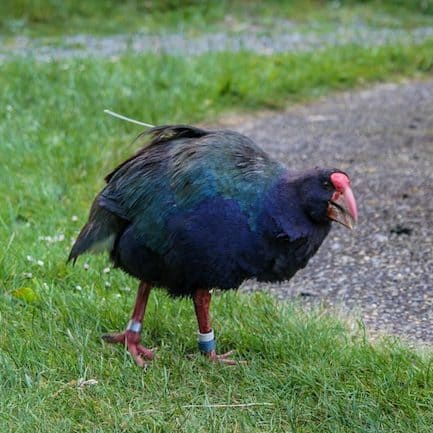 How New Zealand Is Turning Me into a #BirdNerd

I have many interests in life; don't we all? Obviously, travel is pretty…Read More
More travel stories