It’s World Elephant Day, August 12th, which means it’s time for some real talk about riding elephants. Are you ready?

There was once a time, not even a decade ago, where riding an elephant in Southeast Asia was a pinnacle accomplishment in one’s travel diaries. The dreamy pictures of exploring the jungle on the backs of these massive wild giants.

Don’t get me wrong, that’s something that was always on my list to do one day, and live out all of my colonial safari fantasies.

It’s an idyllic image that has appealed to hundreds of thousands of tourists for a long time, me included, and no one really questioned it. Where did these elephants come from? How were they being treated? What was their quality of life? 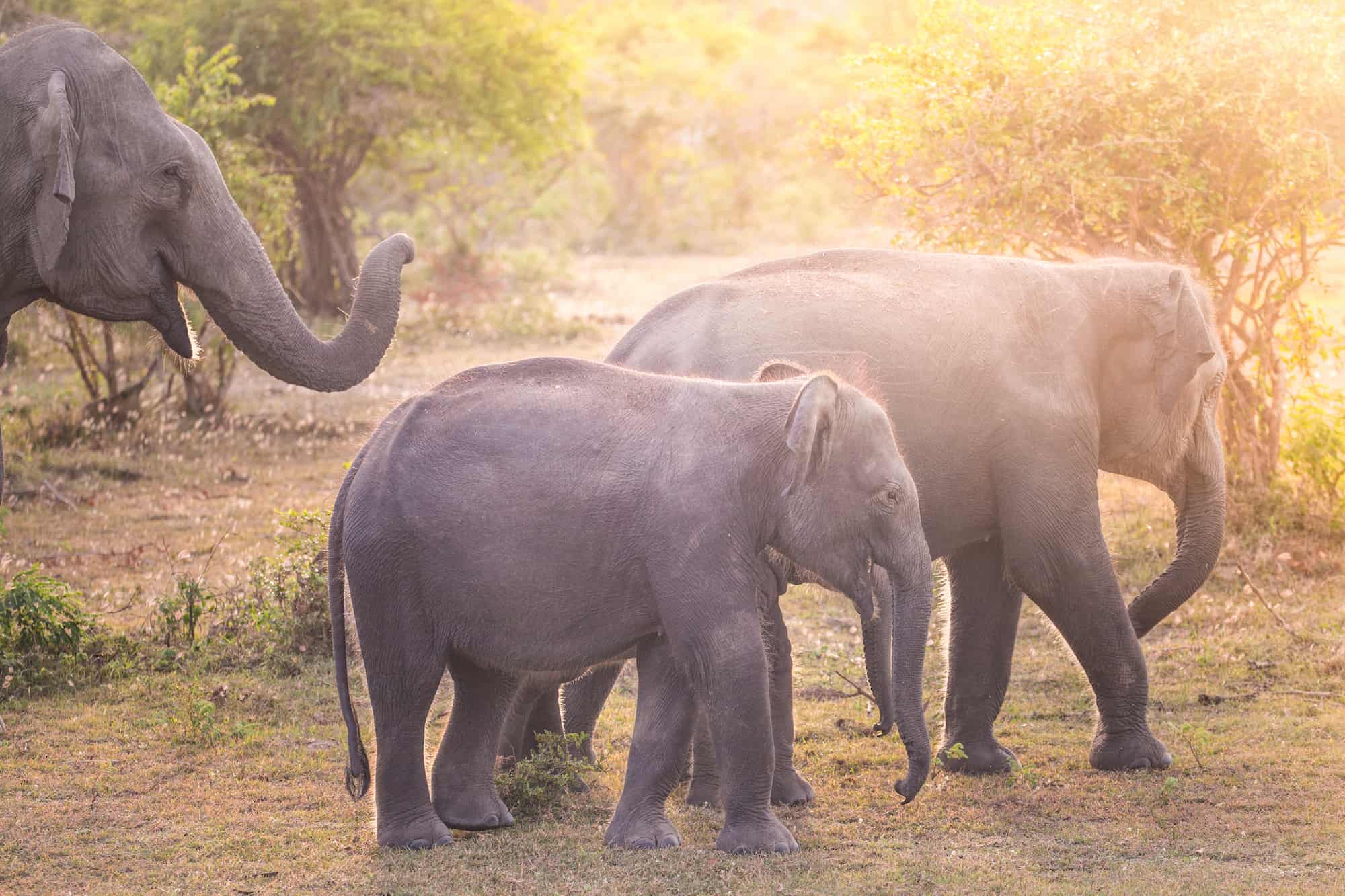 In the late 1980’s, after logging was banned in Thailand, local elephant trainers turned their talents to tourism, inciting the elephant tourism boom we’ve seen on all of the travel blogs and in our Instagram feed today.

To the untrained eye, it looked harmless. You’d ride an elephant just like you’d ride a horse right?

How different can it be? What’s so different? If you’re like me, you grew up going to the circus and visiting the zoo, interacting with animals was fun and exciting, not many thought much further.

Even now, many of what we see online is slated with a “conservation” agenda designed to deter us from digging further. But how many baby elephants or lion cubs are really in need of rescuing?

In June National Geographic launched a massive exposé around the cruel reality of wildlife tourism. 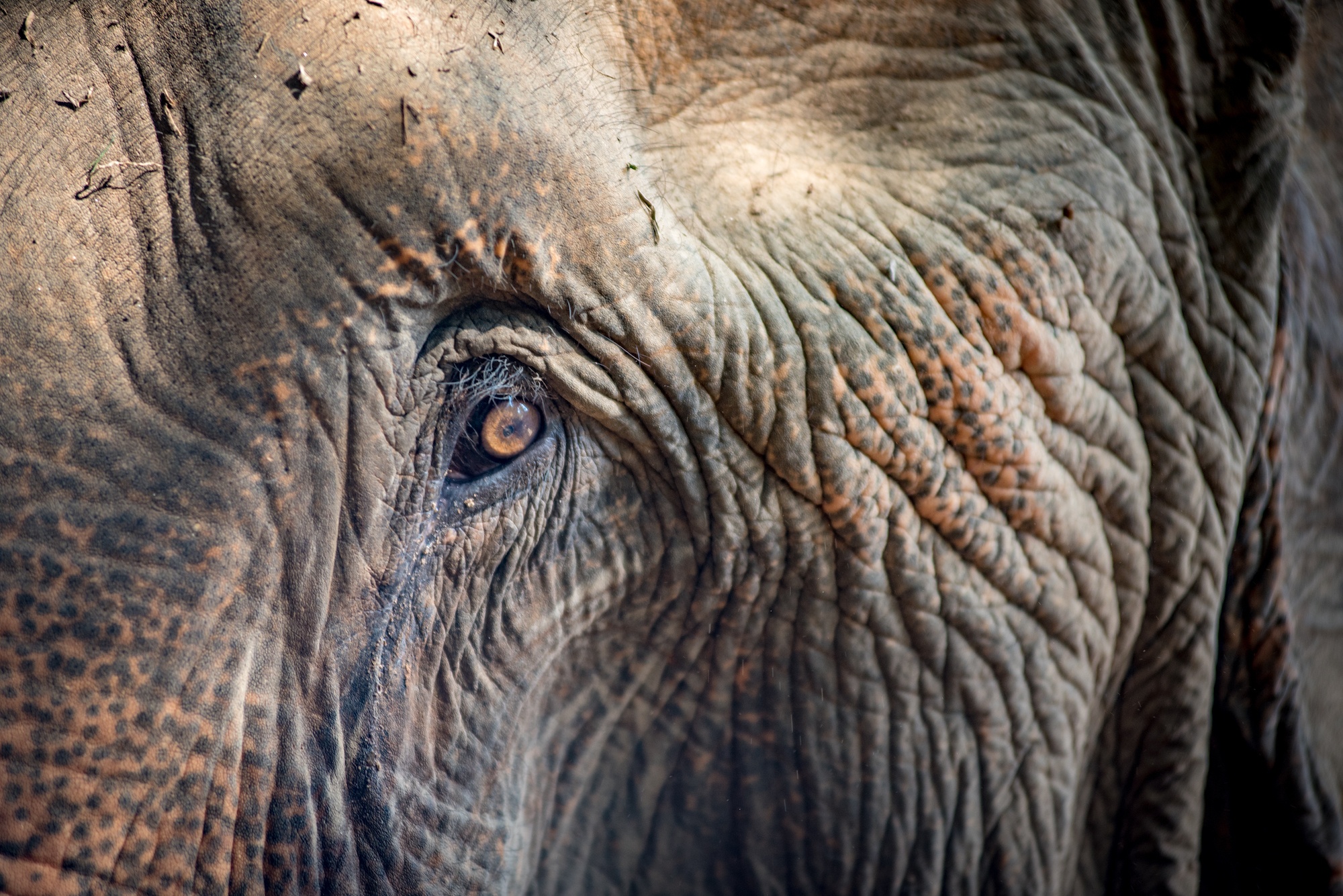 The truth is what you might expect if you begin asking questions, hard and cruel.

For example, elephants who are broken in a process referred to as “the crush,” are trained to parade tourists around in a circle, receiving some of the worst treatment of all captive animals in the world. If you’ve done what I’ve done and gone down a rabbit hole of videos of this, you’ll be beyond shocked.

There are only 40,000 Asian elephants left in the wild, and more than half of Thailand’s 7,000 elephants still live in captivity, enduring daily beatings. So why do tourists continue to ride on the backs of captive elephants?

The main culprit is simply lack of awareness. 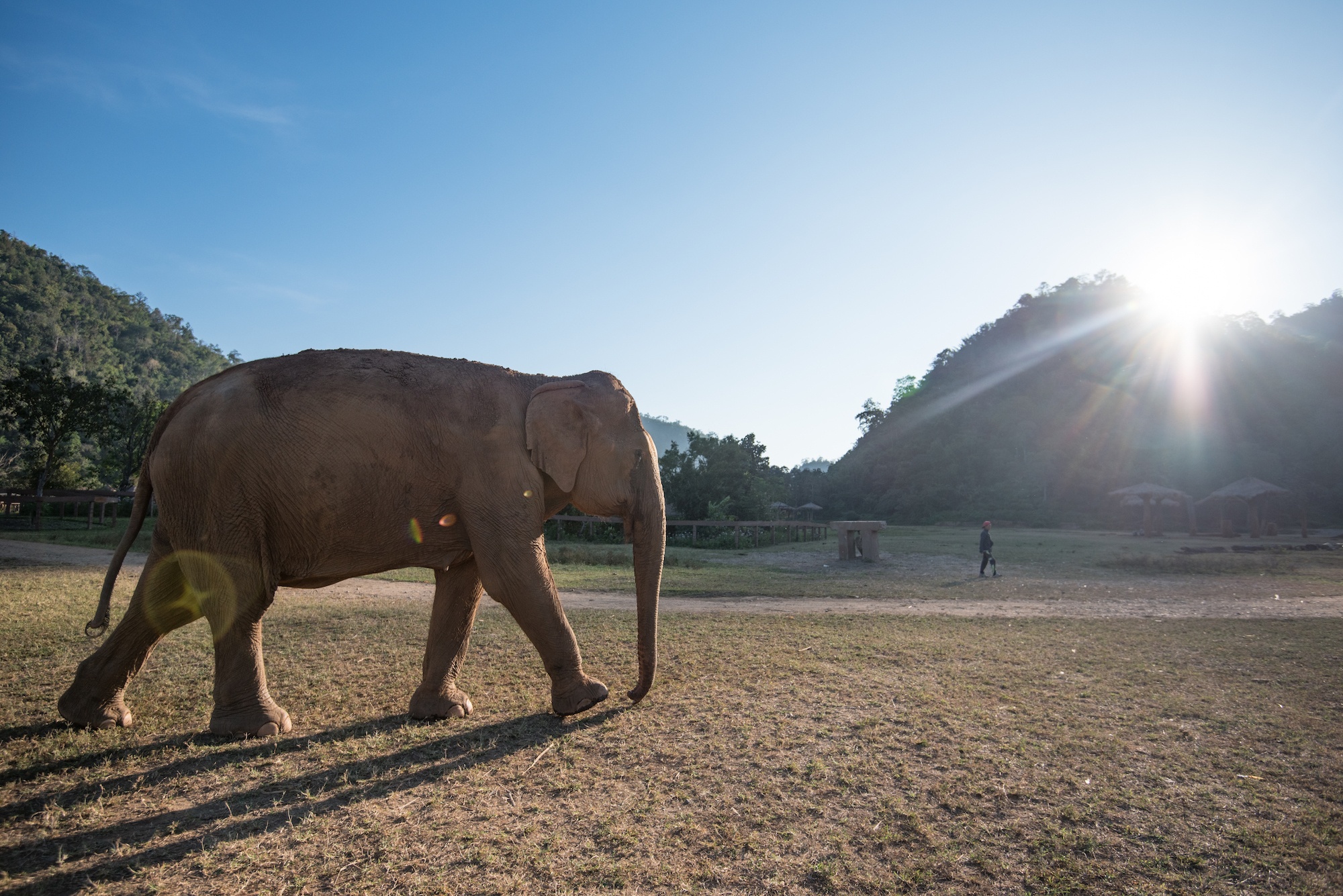 As travel has become more and more accessible over the past few decades, tourists and travel industry leaders have come face to face with the ethics of visiting a foreign country and what activities cross the line of being irresponsible and exploitative.

How is cuddling a lion cub or playing with an elephant or posing with a tiger anyway ethical?

In 2010 Intrepid Travel took the lead against standing up against elephant cruelty by partnering with World Animal Protection (who conducted extensive research on the treatment of captive elephants).

The results were shocking and Intrepid Travel became the first global travel company to ban riding elephants on their trips. Intrepid used to make a lot of money riding elephants until they realized how cruel a practice it was, and they stopped, heralding in a new era of responsible travel.

I really admire how Intrepid has owned up to this mistake; it speaks volumes about their ethics and backbone as a company. And hundreds of others have followed in their footsteps since and have banned riding elephants too. Talk about inspirational. 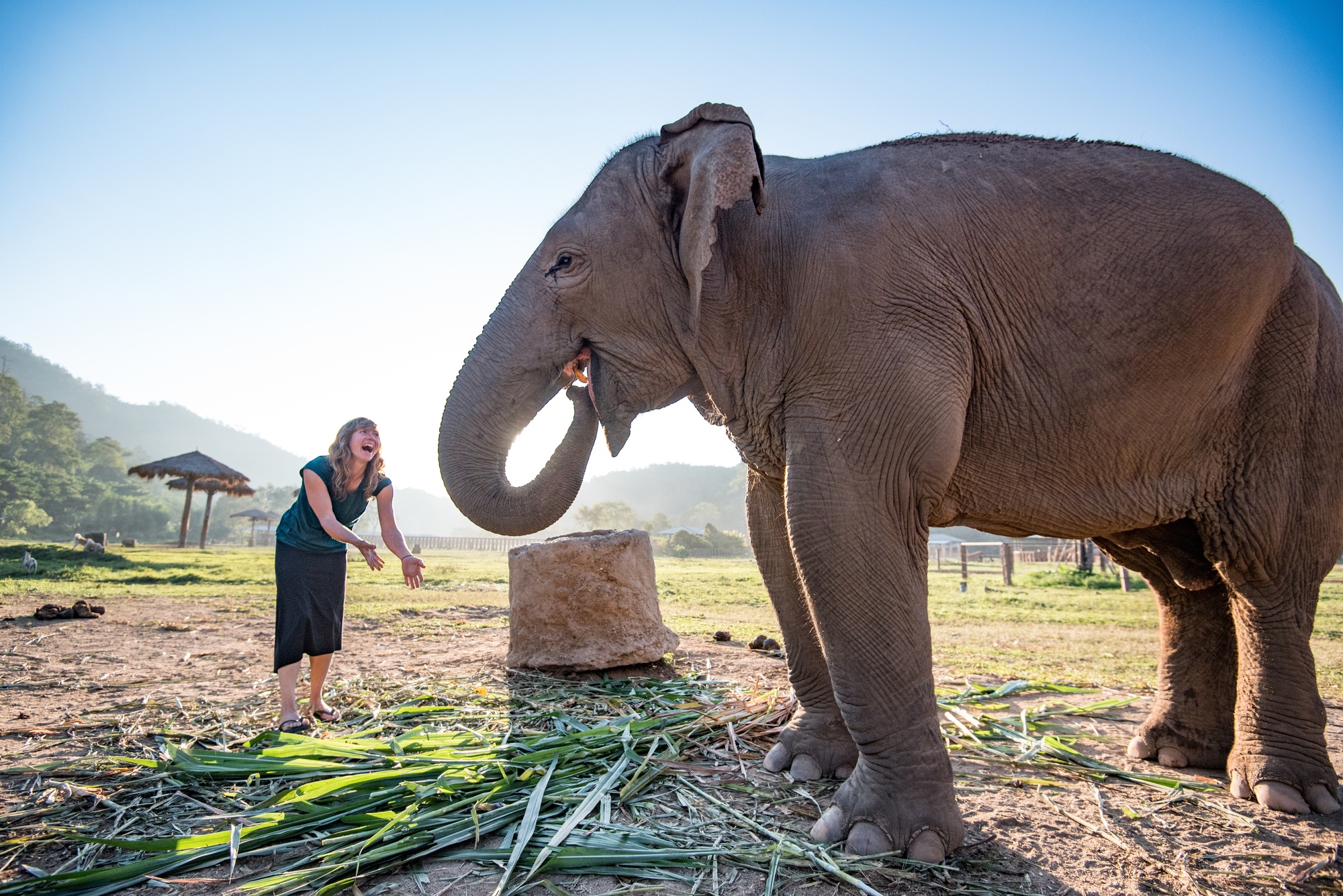 So what’s all the fuss about? Are elephant rides really that bad?

I’ve been privileged enough to experience wild elephants on safaris in Africa and Asia, and trust me, you can’t get near them. In fact, elephant – human conflict is still a very real issue in many parts of the world.

People often think that an elephant in captivity is domesticated, and so somehow it’s okay to have them under human control.

But the reality is that elephants never have been domesticated. Even if born in captivity, they are still a wild animal and need to be ‘broken’ to accept human control.

If “breaking” an elephant sounds harsh to you, you’re not wrong. Baby elephants are taken from the wild and begin training immediately. Many times their mothers are killed in the poaching process, and if you’ve observed elephants in the wild you’ll see how cruel it must be to separate them – elephant babies stay with their moms for years, and the herds are incredibly social.

They are tied up and beaten with bullhooks until their spirit is broken and they obey their trainer to avoid more injury. 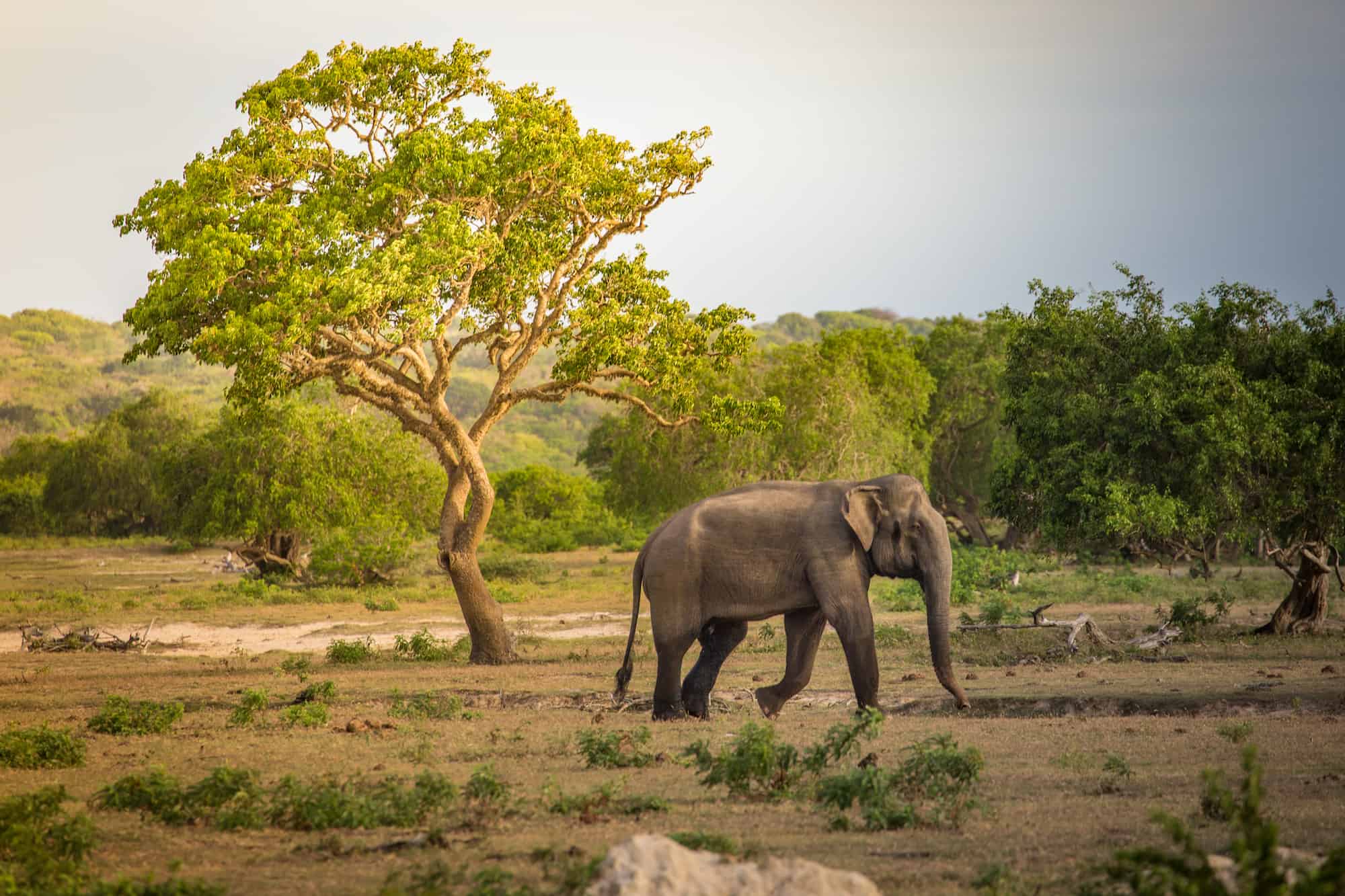 They spend their days carrying humans around on a tourist path which is not nearly enough exercise for these giant animals. Despite their large size, their anatomy is not suited to carry humans on their backs and many sustain long-term spinal injuries.

When the elephants aren’t working, they are usually kept in shacks and they’re bound by chains that can be so tight they can barely move. These social creatures are kept isolated from other animals and kept in solitary confinement until their next job.

Is it surprising some of them go berserk? 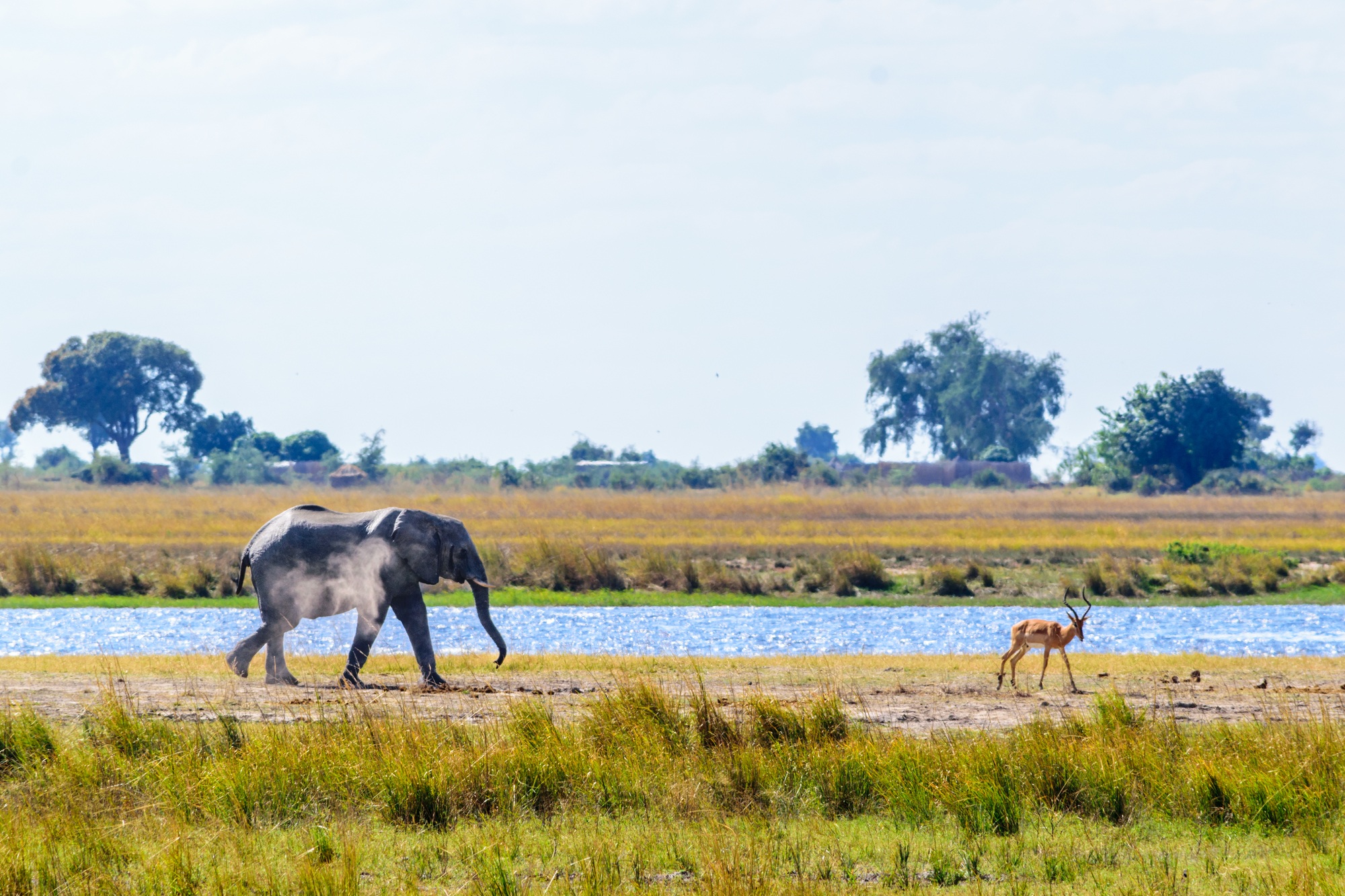 How can you help?

It’s truly an awful practice but as travelers, we have the power to change this.

You, right there, reading this blog. You hold the power. Elephant tourism simply cannot exist without the tourists so if it’s on your travel bucket list, it’s time to remove it.

Know a friend traveling to Thailand? Gently inform them of the severe cruelty captive animals face. 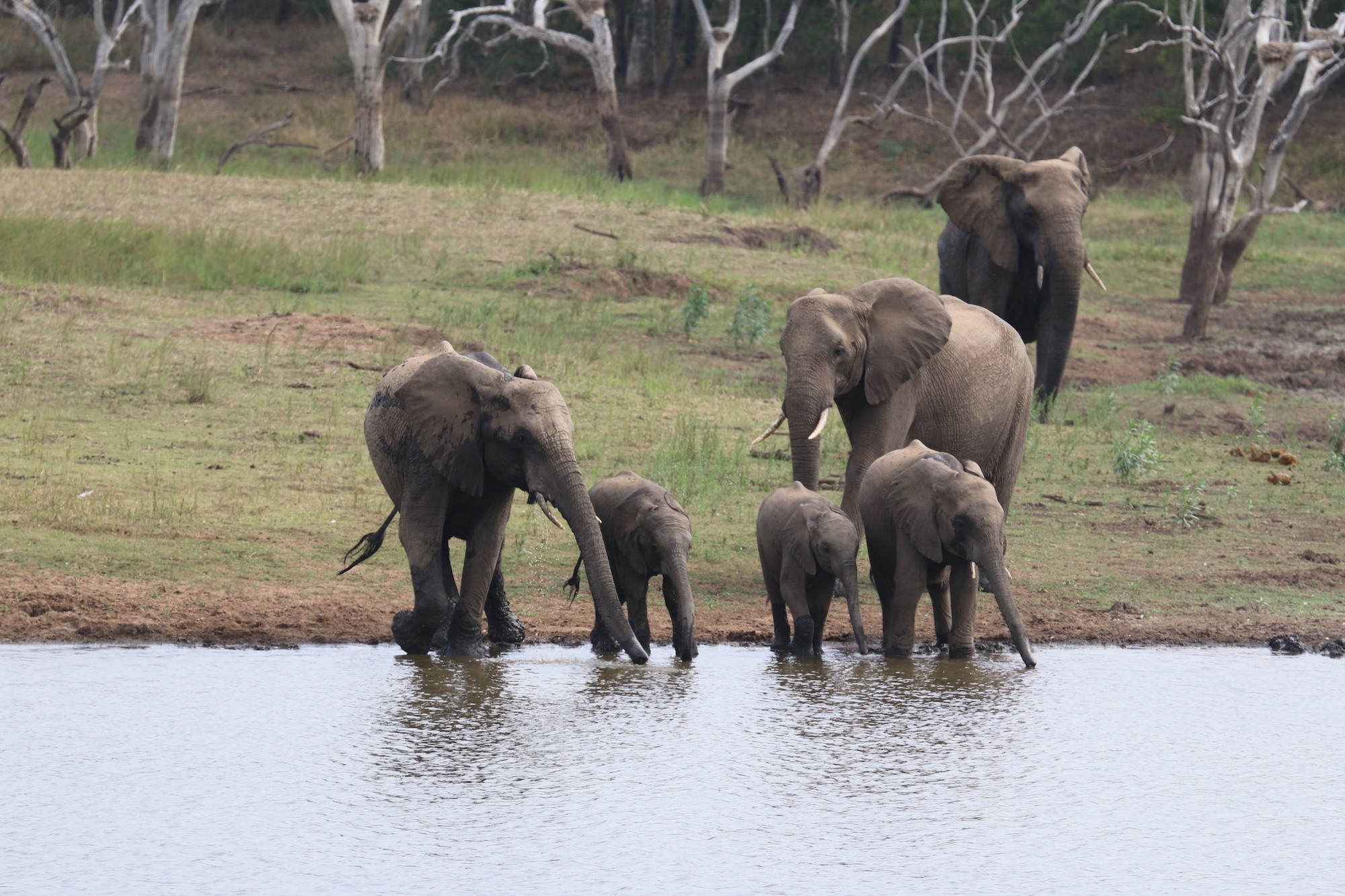 Most people who have ridden on the backs of elephants simply didn’t know anything about the animal’s treatment. Spreading the word works. Just 10 years ago riding elephants was incredibly commonplace but now, most seasoned travelers know the cruelty that lies behind the practice.

The more we talk the better. Many of my friends have ridden elephants in the past and regret it now. Many didn’t know better, and we’re not here to shame people, but rather use our collective voices to try and change how elephants are treated now and in the future. 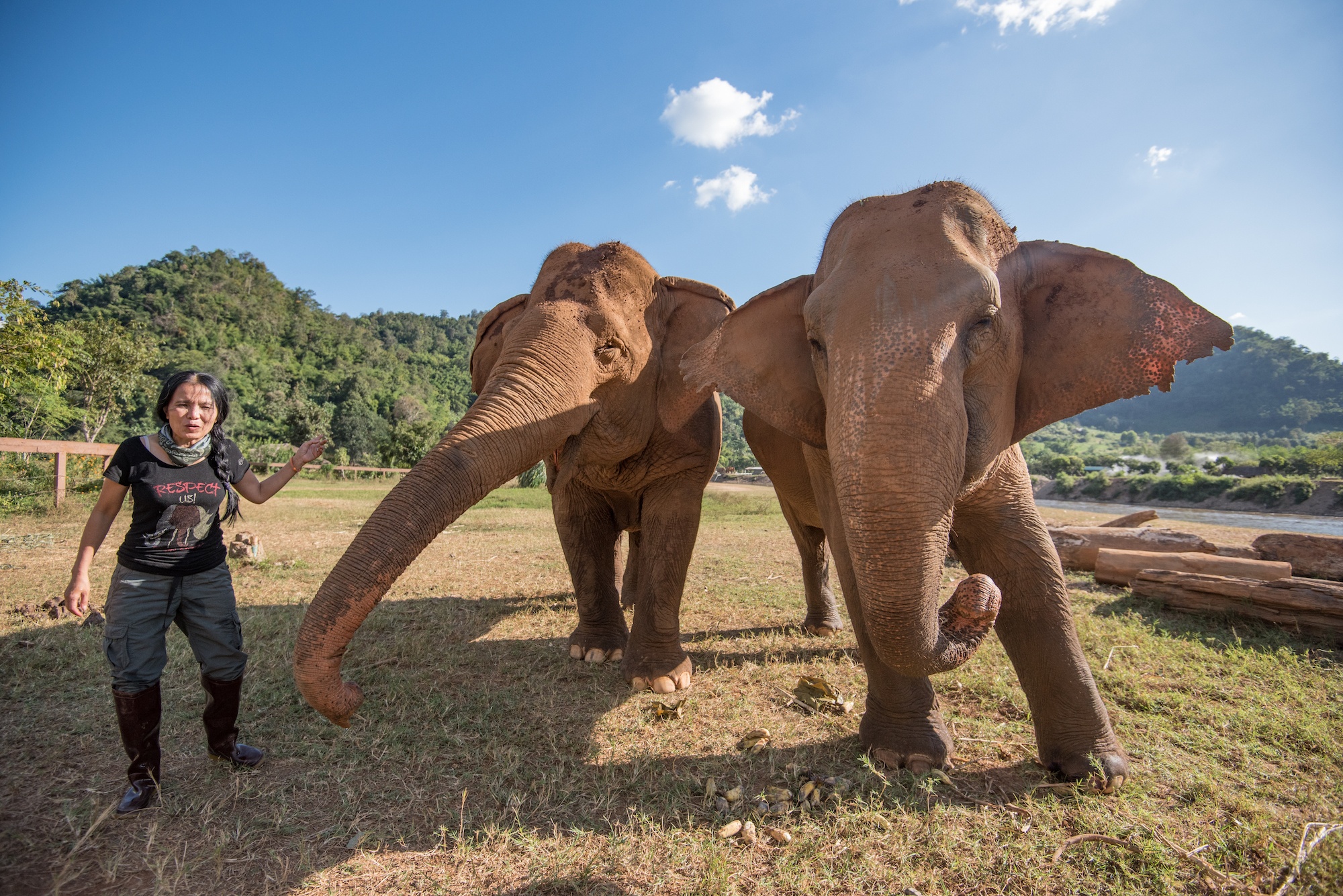 So what to do if you’ve always dreamed of seeing elephants?

Keep this one rule in mind: If you can ride or touch an elephant, or watch it perform, chances are the elephant has been subjected to cruel training and is living in poor conditions and you should not further encourage the practice.

Thankfully, public awareness of cruelty to captive elephants has increased but unfortunately, many attractions are trying to dupe tourists by adding words such as “sanctuary,” “rescue center,” “refuge,” and “retirement facility” to their names. 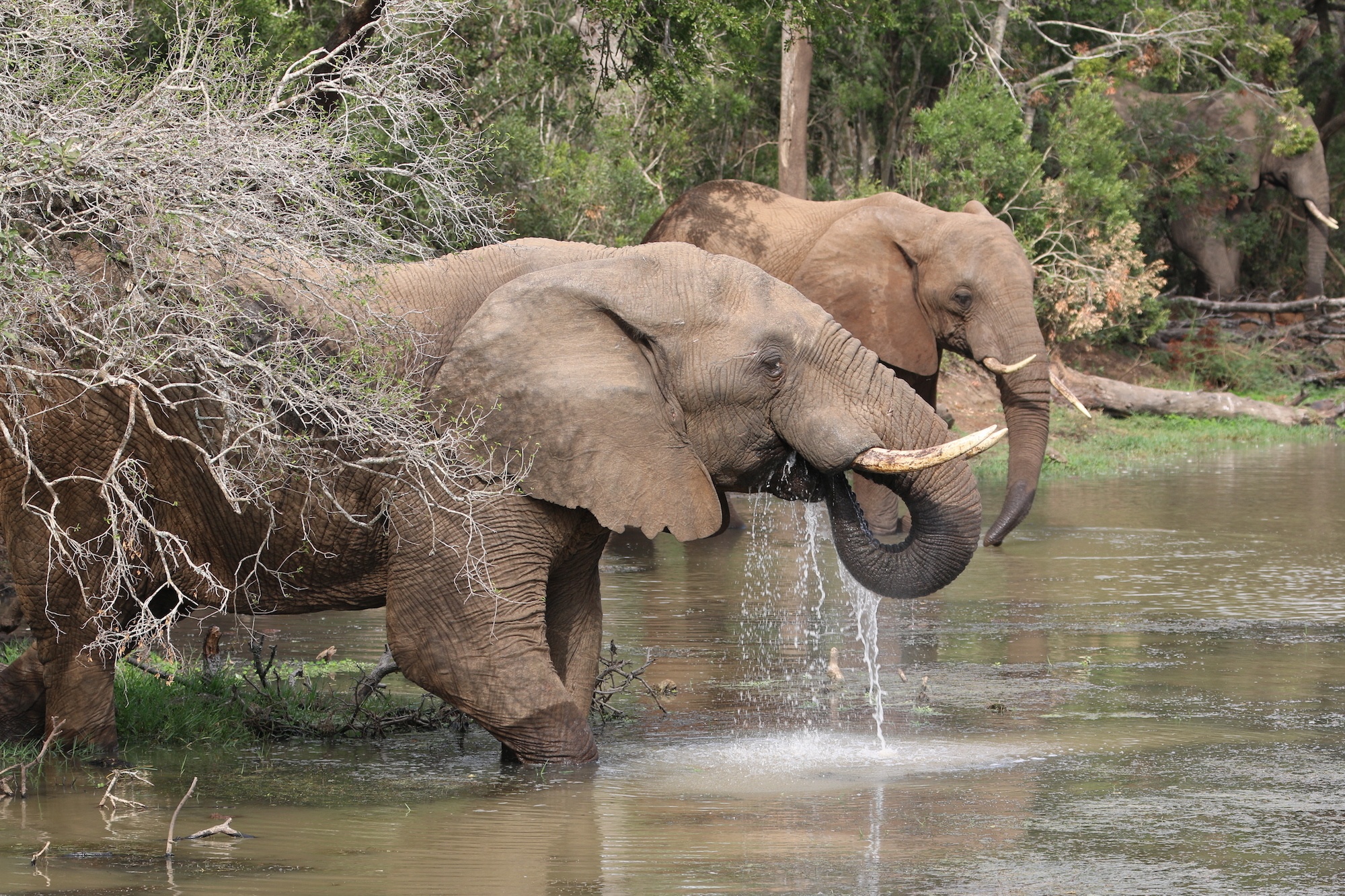 HOW WE CHANGED THE ELEPHANT RIDING INDUSTRY

But the abusive training methods and deprivation are often the same and make the elephants follow the trainers’ commands to let people ride, feed, touch, or bathe them.

All those trendy Instagrammers standing by elephants at sunset? Think what it took to have that mighty creature beaten into submission to allow a person to stand there with them peacefully.

Do you research before visiting these places; riding elephants is cruel. 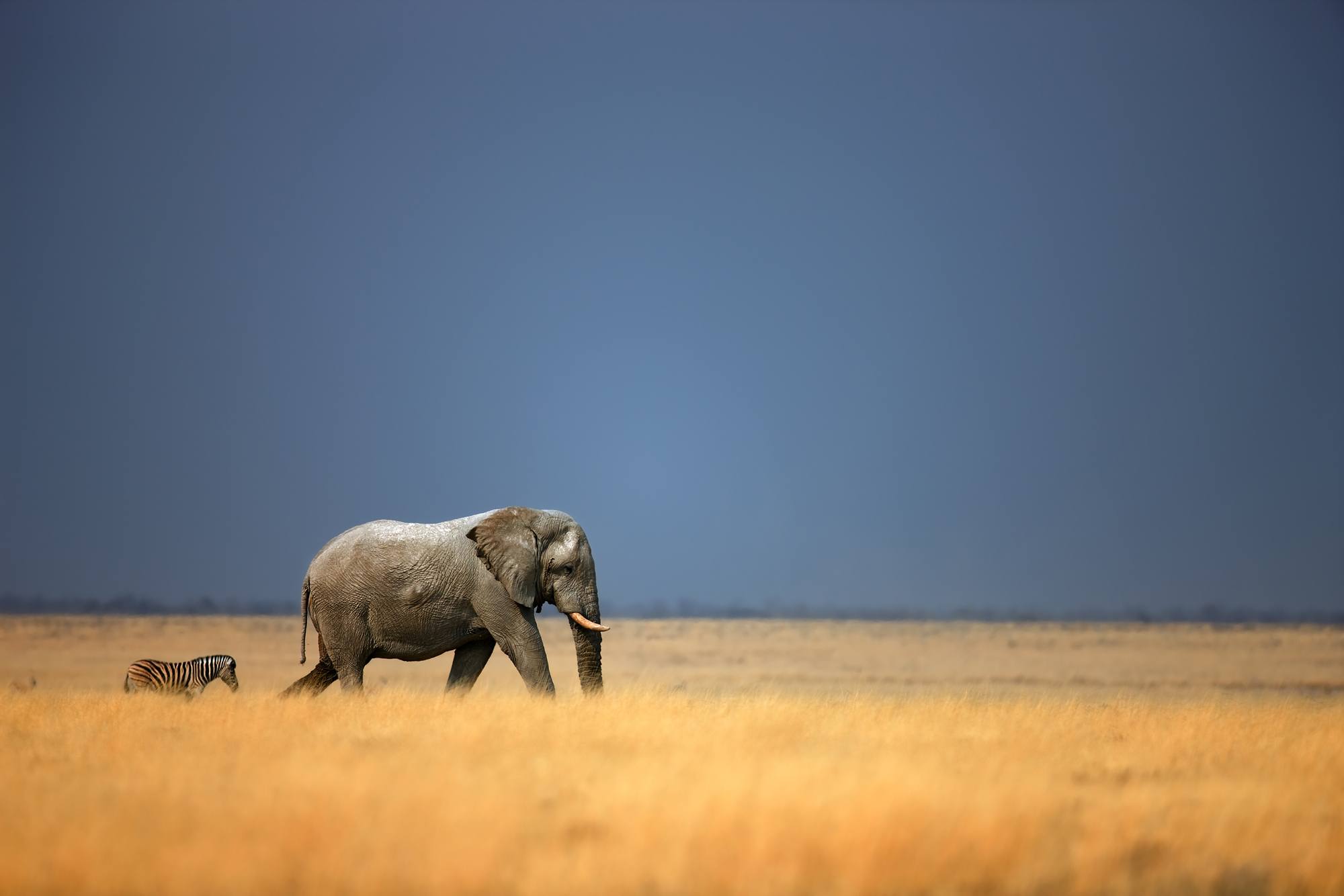 What can we do?

It can be hard to truly pin down the ethical tourism operators from the frauds but trust me, it’s worth doing the research.

Intrepid Travel is an industry leader when it comes to prioritizing animal welfare during their programs and if you still really want to have elephants be apart of your Southeast Asia trip, they offer programs that do so ethically. They are also inspiring many other tourism operators to follow in their footsteps, and they’re trying to change an entire industry.

At these venues, you can observe elephants from afar, where they are free to just be elephants and not performers.

Trust me, the best way to see an elephant is when it’s wild and free, just being happy funny creatures. I mean, elephants are hilarious! I love watching the babies trip over their trunks and getting scared by birds. They are so smart and fascinating to watch.

Consider joining safaris that are responsible and traveling with operators that put animal welfare first. I’ve seen elephants in the wild many times on my travels in Asia and Africa, and it never gets old. These are old and special creatures, with wise eyes that deserve respect.

We are living in an era when animal cruelty is being tolerated less and less and while we have made significant progress in the past decade, there’s still so much more work to be done with riding elephants. 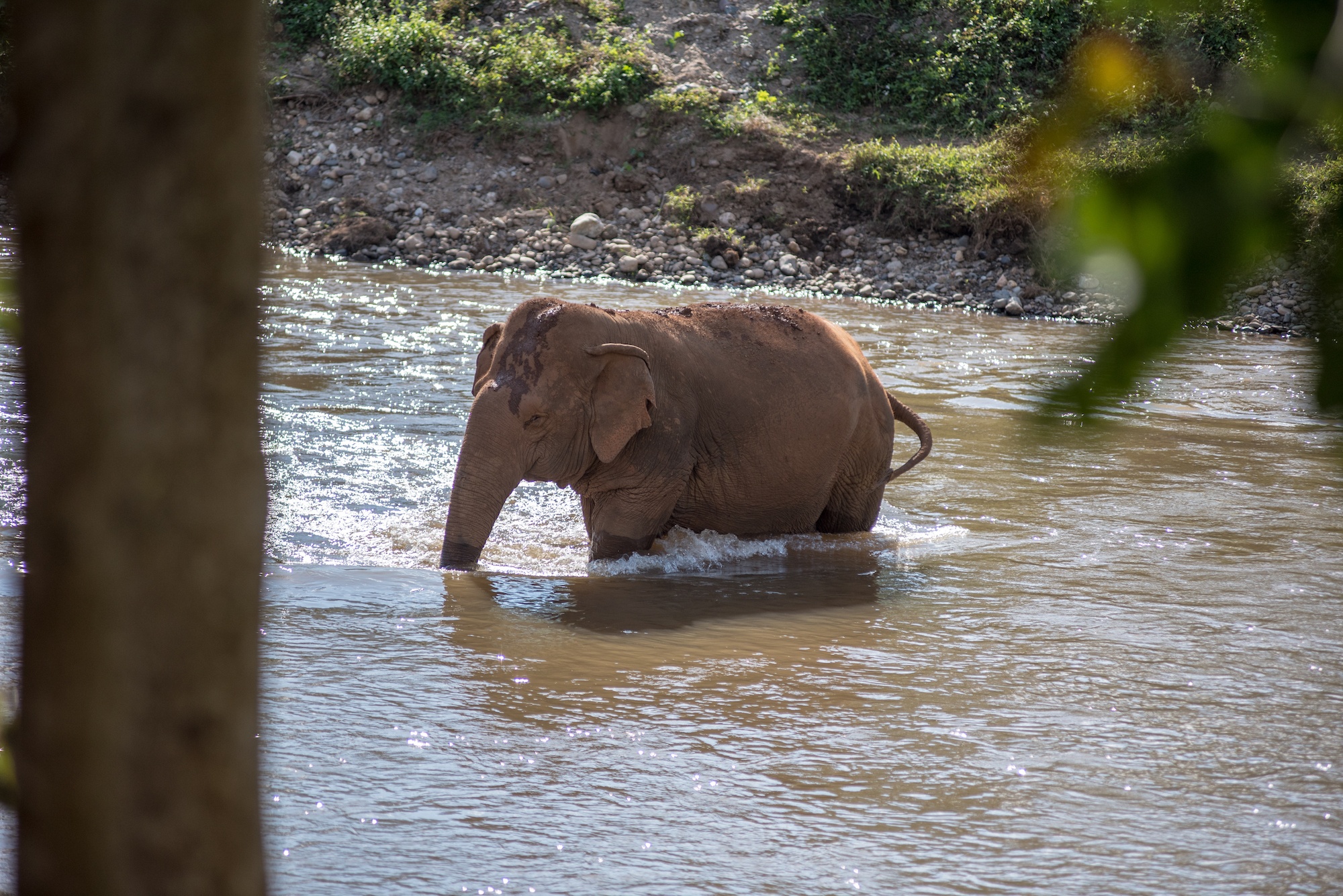 Help us spread the word today on World Elephant Day by using #StopElephantRides and #WorldElephantDay but most importantly, speak with dollars by only supporting organizations who prioritize animal welfare and want to #BeKind.

Spill – have you ridden an elephant before and would you now? Have you seen some of these dodgy wildlife sanctuaries on your travels? Are you committed to protecting elephants too? I would love to hear more. 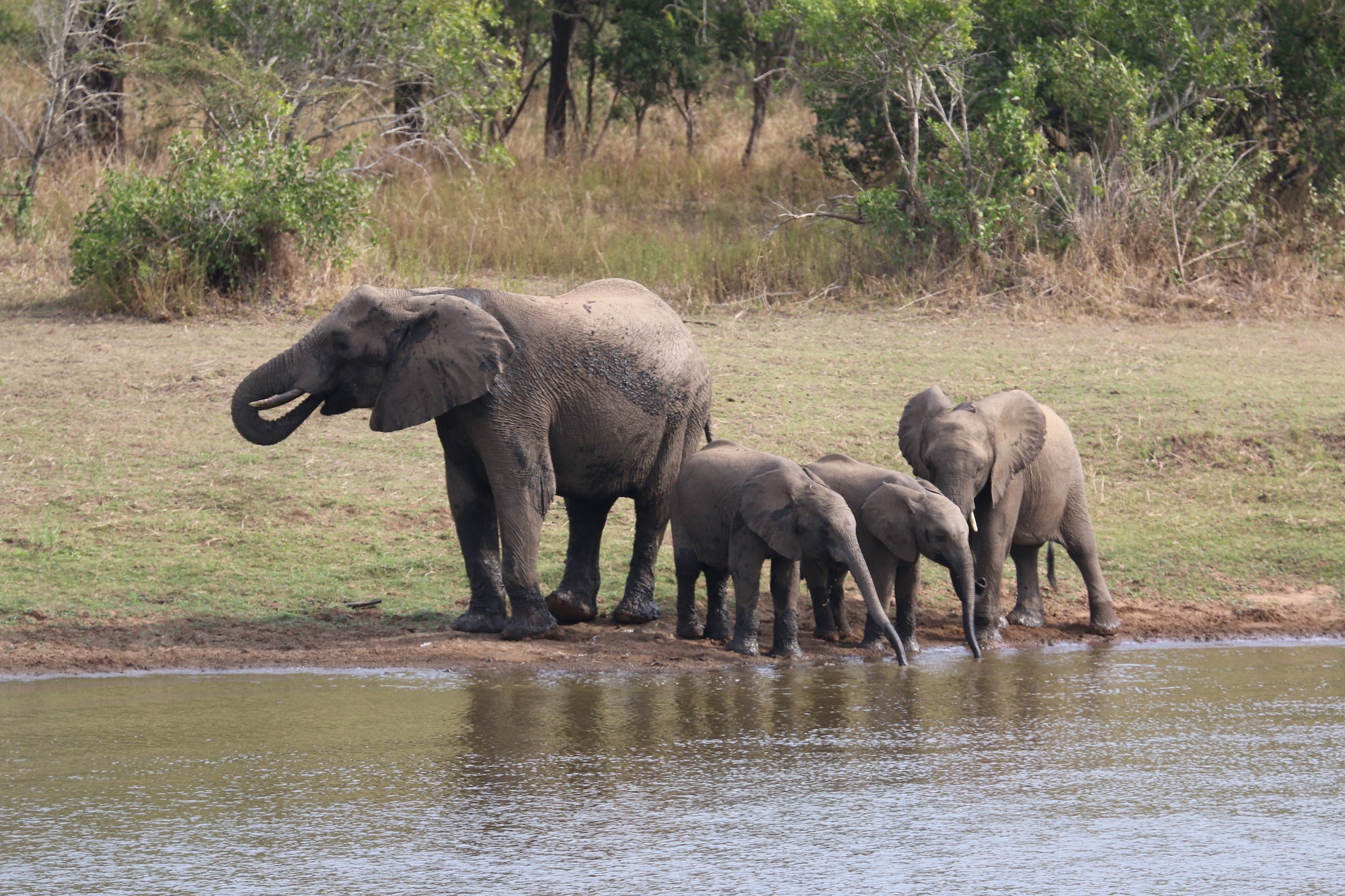 Written by Liz and was published on August 11, 2019 in Adventures, Asia, Confessions, Destinations, sustainability

35 Comments on “Going to Southeast Asia? Please be kind and don’t ride elephants.” 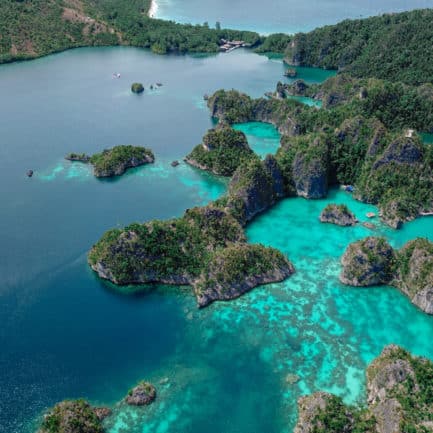 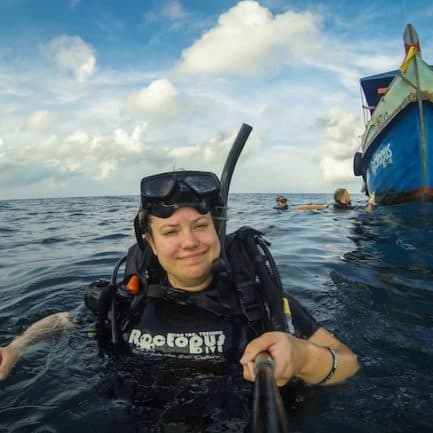 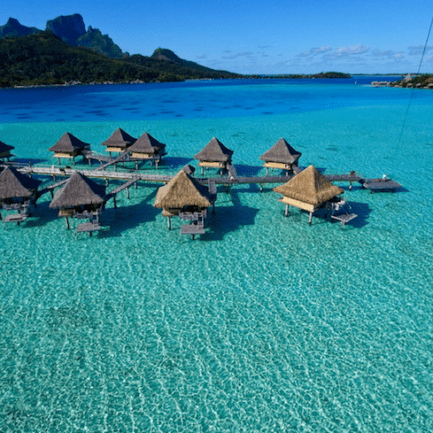