Home » Blog » Italy » Via ferrata in the Dolomites: where history and adventure collide

I had three main requirements on my most recent trip to Italy and the Heart of the Dolomites:

Via ferratas have gained a global reputation for being a fun and accessible activity for thrill-seekers who may not have the equipment and skills necessary for technical climbing but who want to experience hanging hundreds of meters in the air on the side of a cliff.

Via ferrata Dolomites is the best way to get a taste for adventure here. 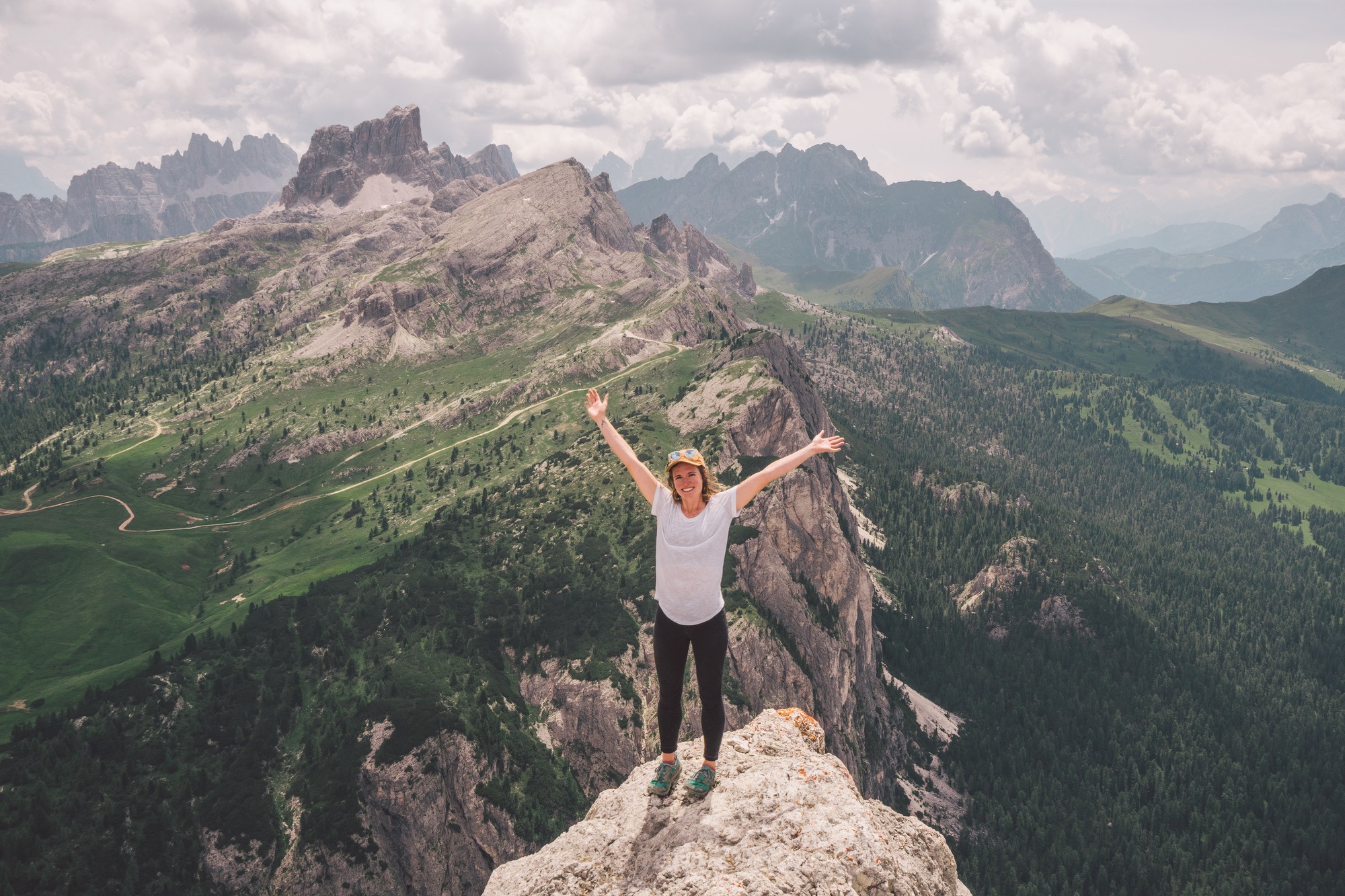 If it sounds intimating, you’re not wrong.

While they are safe (especially with a guide!), via ferratas are not for the faint of heart.

Being comfortable with heights and exposure is a must for this adventure. But if you have some coordination and confidence, via ferratas are a great way to experience the mountains; in the heart of the Dolomites in the Agordino in Italy is the perfect place to try them out for the first time.

The perfect adventure tourist activity, if you’re looking for a bit of everything, be sure to check out via ferratas when you’re in the Dolomites.

Full of adventure but steeped in a bloody history

The term via ferrata means “iron way” in Italian, and it refers to a system of bolts, cables, platforms and ladders securely fastened to the mountain; they were built to help people scale sheer cliffs quickly.

Who in the world would come up with such a crazy idea?! I’m surprised it wasn’t a kiwi, to be honest.

Soldiers in the middle of mountain warfare, that’s who.

Via Ferratas were popularized during WWI when soldiers needed to move quickly and quietly through the mountains as they worked to fight to maintain control of the valleys below. As the Austrian-Hungarian Empire tried moving further south into Italy, the Italians worked tirelessly to protect their land and their people. 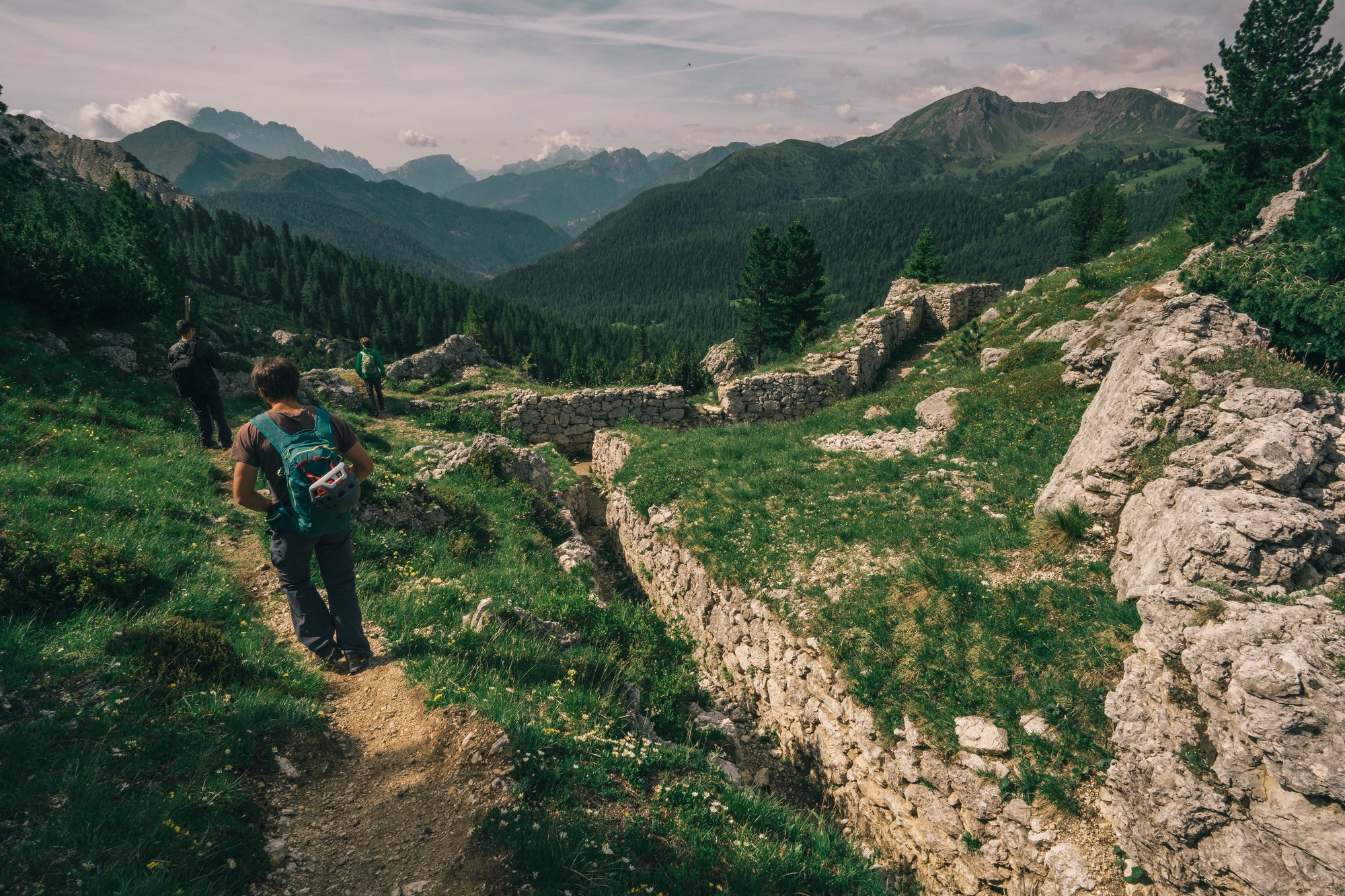 Trenches were built, high alpine roads were constructed, ladders were bolted on the side of sheer cliffs.

In Marmolada, the Queen and the tallest mountain of the Dolomites, the Austrian soldiers figured out it would be safer to go down the crevasses of the glacier where they could dig tunnels and effectively create a miniature village below the surface.

Their plan was a huge success, and the Italians didn’t know Ice City existed at all until years after the war had ended.

You know life must have been rough when willingly descending into and living in the crevasses of a glacier is better than being above ground. 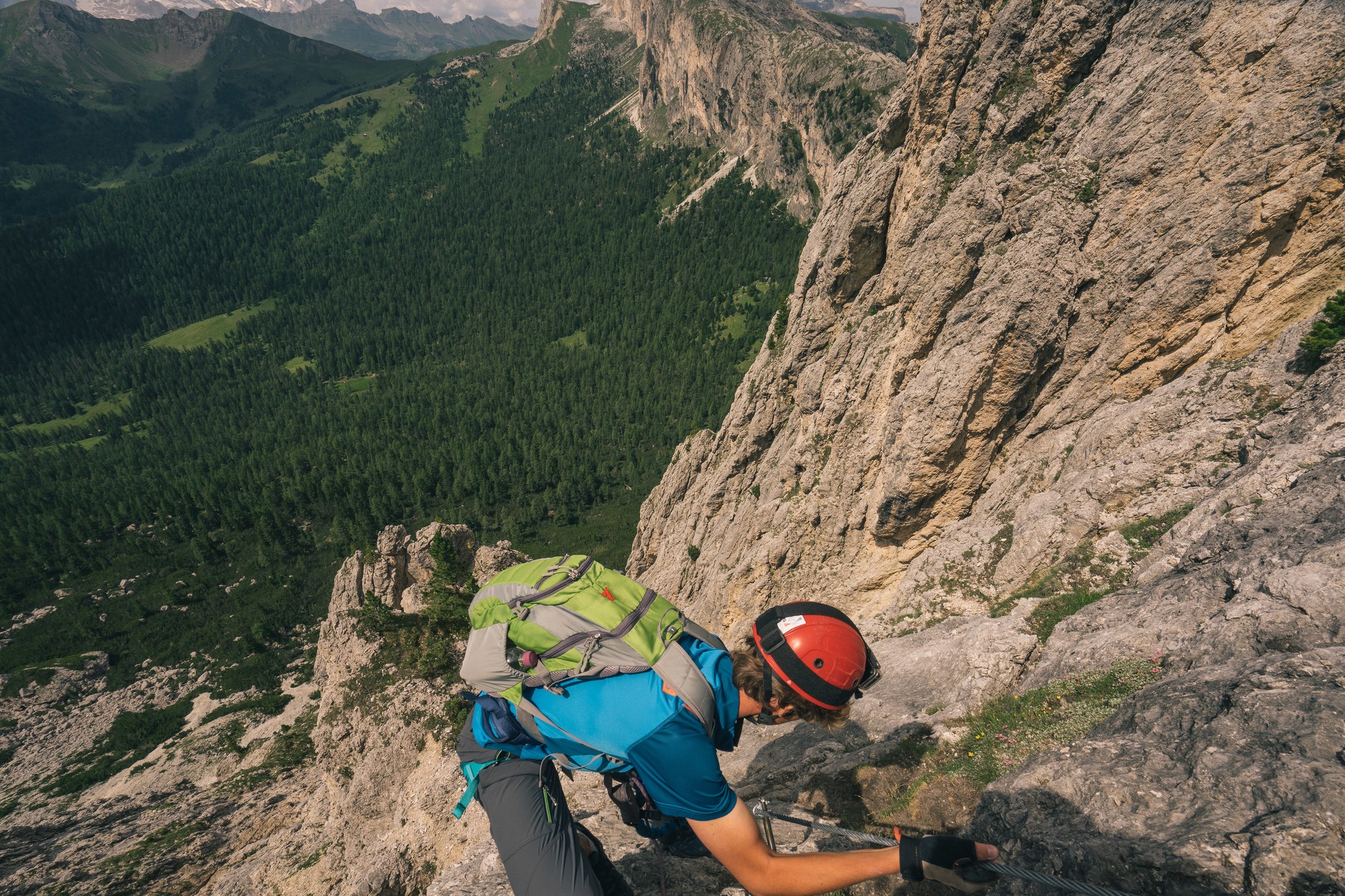 WWI was the worst war for Italy, which had just become a unified nation in 1859.

By the time WWI came, Italy was not entirely an industrialized power and lacked the resources and military for large scale warfare. Worse yet, because the borderlines were still fresh, many Italians and Austrians felt they were fighting their cousins and friends. It was a bloody war that killed over 600,000 Italians and left millions more injured.

Fast forward one hundred years and via ferratas have graduated from impressive military tactics to fun recreational activities found all over the world. I’ve been on via ferratas in the USA and Wanaka, New Zealand but I was excited to experience the real deal in the heart of the Dolomites, where it was born.

Modern-day via ferratas in the Dolomites

My first via ferrata in Italy was Sottotenente Mario Fusetti Sass de Stria in Valparola Pass.

While certainly not the most difficult via ferrata in the area, this one is filled with history. The approach to the start of it takes you on an easy winding path through historical trenches and old structures from WWI. If you look carefully enough, you can even find shrapnel and other ancient artifacts from 100 years ago.

Using via ferratas requires some equipment, such as a harness, helmet and a series of slings and carabiners to make sure that if you take a fall, you won’t go very far. For our group, the guide also used a rope which he attached to us for extra safety. 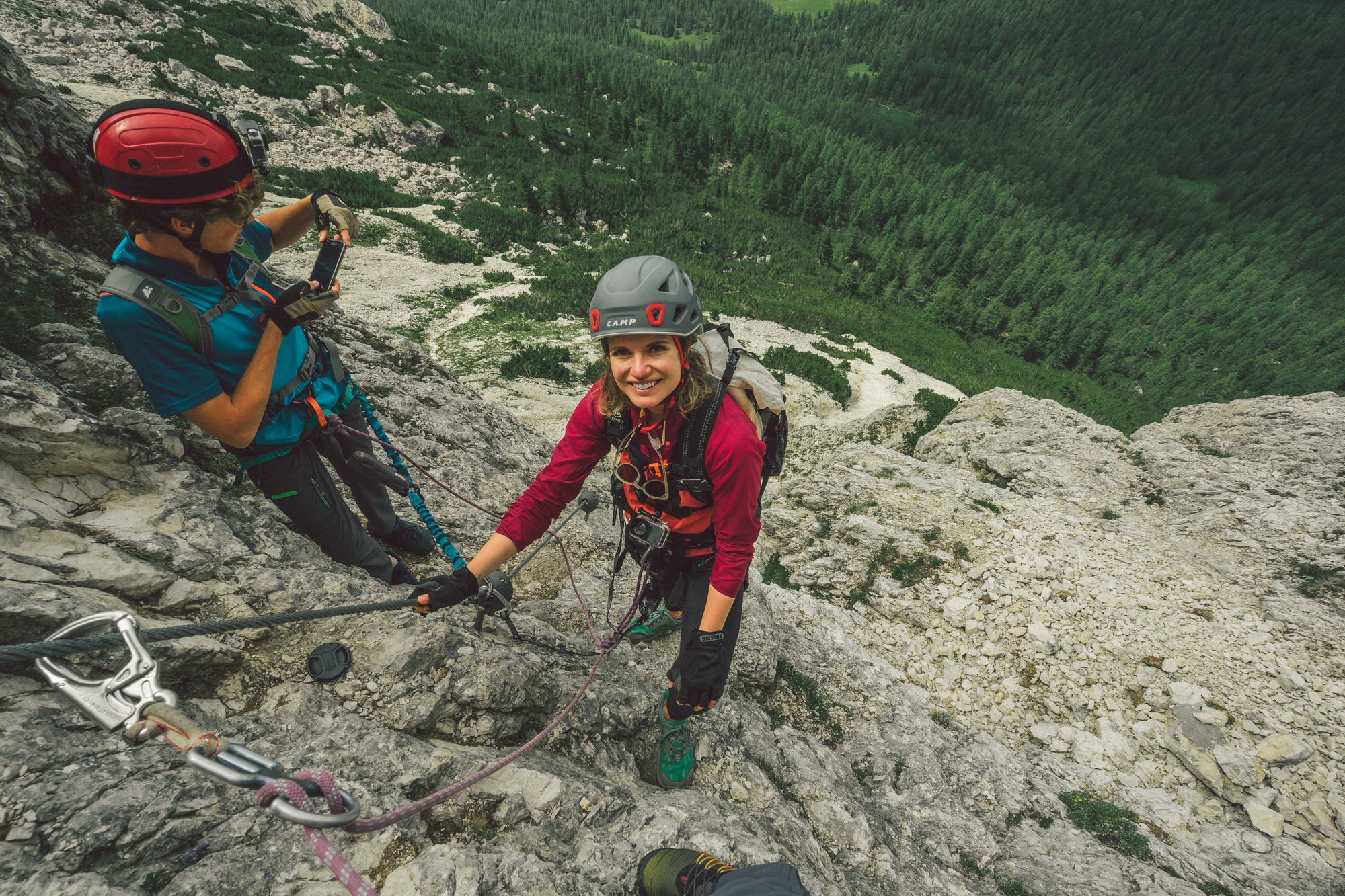 We started to climb, moving in unison up the rock face, each meter giving us an even better view of the valley below than the last. During WWI, the only way to control the valleys below was to stake out on the peaks, taking turns bombing the enemies below.

It was so strange to be having fun and feeling a rush of adrenaline in a good way when only 100 years ago, these peaks were the home of horrific atrocities. Via ferrata Dolomites has a history that’s mind-boggling.

The climb itself was relatively easy and straightforward, and despite climbing over 200 meters, we reached the top in about 30 minutes.

The via ferrata is unique because you can complete it in a loop, quickly walking back down to the car park once you’ve topped out. We made the easy decision to take advantage of the pristine weather and continue going up, walking to the top of the peak.

The trail took us to through winding trenches, up ladders and into tight nooks and crannies, making us feel like little kids exploring an ancient fortress. We reached the peak of Sasso di Stria with ease and took a few moments to take in the view, rifugios in the distance. 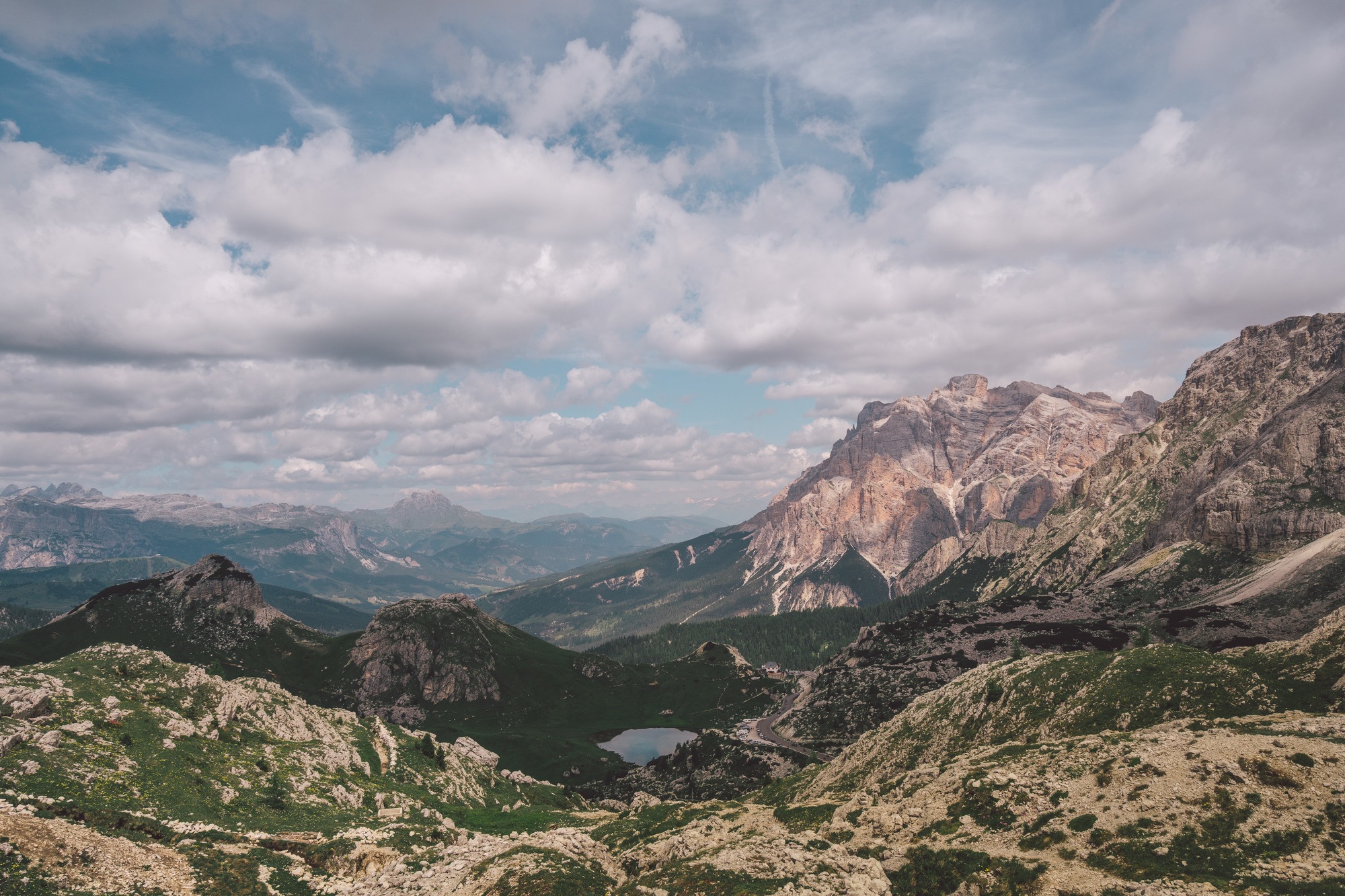 During my three weeks in Italy, I had barely just scratched the surface of all the opportunities in the extensive network of available via ferrata Dolomites.

There are dozens of guide books to help you narrow down your choice, and there are climbs for every ability from the absolute beginner to the extreme rock climber. If you don’t feel comfortable tackling the via ferratas on your own, you can always hire a guide. Just pop into the information center, and they’ll be able to recommend a local to take you up.

The Italian via ferrata is an absolute must-do for any adventure seekers traveling to the Dolomites. It’s more than an adrenaline rush. It’s a sneak peek into an unpleasant past, where the war was fought against the enemies. Soldiers were battling to stay alive in some of the most inhospitable terrain and conditions on the planet.

Sure, you can do via ferratas all over the world, but Italy is one of the only places on earth where you can simultaneously get your thrills while moving through a living museum. Trust me; you won’t regret it!

Have you ever done a via ferrata? Is this an adventure you’d try when traveling? Are you interested in visiting the Dolomites too?

Many thanks to the Heart of the Dolomites for hosting me in Italy – like always I’m keeping it real – all opinions are my own like you could expect less from me!

Written by Erica Clapp and was published on September 8, 2019 in Adventures, Destinations, Europe, history lesson, Italy

3 Comments on “Via ferrata in the Dolomites: where history and adventure collide” 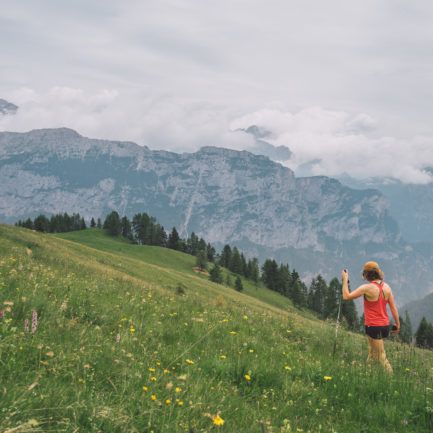 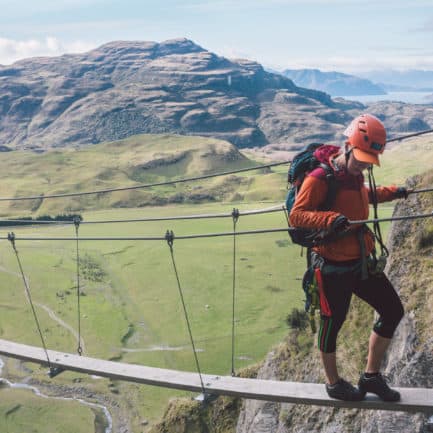 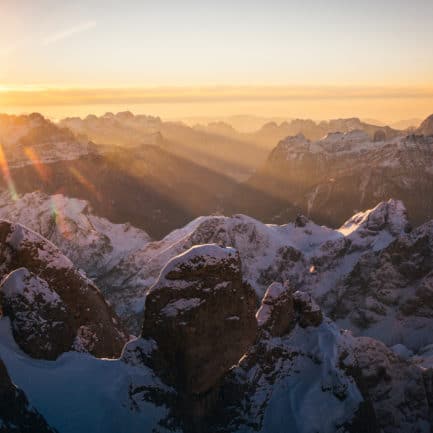 Queen of the Dolomites: sunrise on top of the world

A story of a girl, a mountain and a lost iPhone in the…Read More
More travel stories