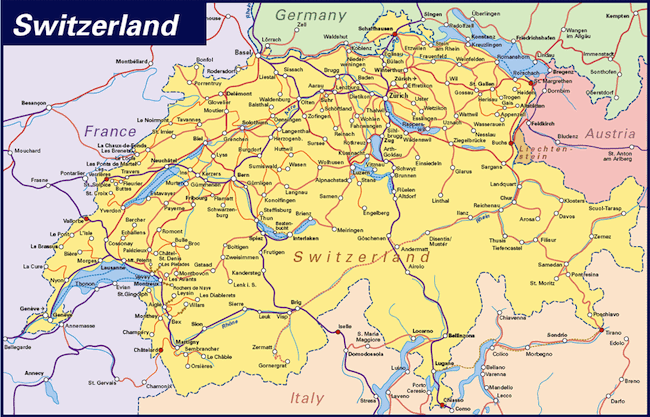 Where to begin? So much has happened since July and my last post. I am writing now from a cafe in Córdoba, Spain, where I will be living for the next nine months. But before I get ahead of myself, the rest of my summer went pretty well. I finished up my job in Amherst and spent my last week in Massachusetts hanging out with all my friends and enjoying the bars. I drove down to NYC for labor day weekend, and had such a lovely time-especially because I got to see Roger Federer play live at the US open, which definitely is one of my favorite memories!

Afterward, I headed back to Virginia to spend some time with the family before making my departure for Europe. After packing, unpacking, and repacking a dozen times to try to fit the baggage requirements (which if you have seen the amount of crap I own you know is DIFFICULT) I finally had my bags ready for my flight to Zurich. After a layover in NYC, I climbed into my window seat on an overbooked, tiny plane! Thank god for sleeping pills and free wine! 9 hours later my disoriented self landed in Switzerland, where my best friend came to pick my up at the airport and drive us to Neuchâtel, a beautiful town on the shores of a huge clear blue lake. 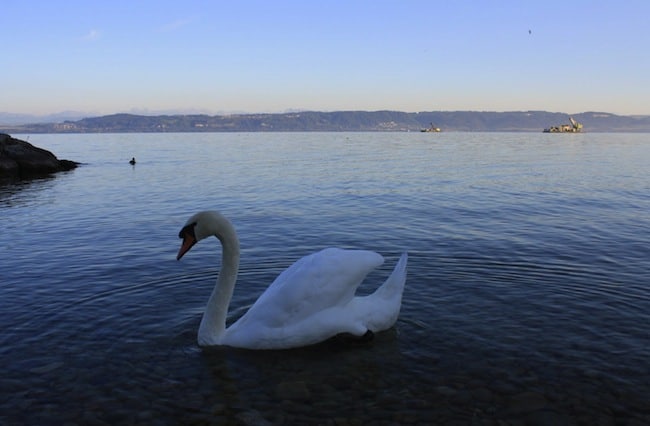 The next day my friends were kind enough to take me on a driving tour through the countryside and the mountains. It was absolutely beautiful! Switzerland boasts some of the most spectacular scenery I have ever seen. My god the whole place looks fake! It is a county of rolling green hills, flower-filled meadows, clear blue glacial lakes, and from almost every point in the country you might catch a glimpse of the snow-capped Alps in the distance.

In addition to being such a beautiful country, Switzerland is also one of the most politically and financially stable countries in the world. With an unemployment rate of less than 3 percent and one of the highest per capita incomes in the world, you can probably imagine how my jaw dropped when they told me that minimum wage was around $20/hour! Coming from Virginia where I was happy to have a raise to $7/hour, this statistic made me want to cry! If anything, Switzerland is one of the most logical, clean, efficient places I have ever been. By the end of my trip there I didn’t want to leave, except for the fact that I could no longer afford to be there. It’s one thing to earn the Swiss Franc, but it’s another entirely to be there on the USD. A bottle of water can easily cost five dollars!

So anyways, we continued our trip in their tiny white car into the Alps. We stopped and took a cable car up one of the mountains, usually used in the winter for skiing, and walked around for a while before hopping into a restaurant on top of the mountain. This restaurant was so cool because it was all glass and it slowly turned 360 degrees so that you would have changing views of the mountains. After having an awesome lunch of cheese, cold meat, salad, and french fries, we went back down the mountain and continued driving through the countryside.

At one point we stopped for coffee and filled up our water bottles in a creek because the water there is so clean and fresh you can drink it straight from the source! Again, you can imagine my shock considering half the time in the states you can’t even drink the water from the faucet! We later stopped in the cute town of Gruyère, known for their yummy (smelly) cheese. We left Gruyère and headed back to Neuchâtel as the sun was setting. As we got back into town the sunset turned the snow capped mountains in the distance pink on the other side of the lake. You can’t help but laugh at what a beautiful country Switzerland is! 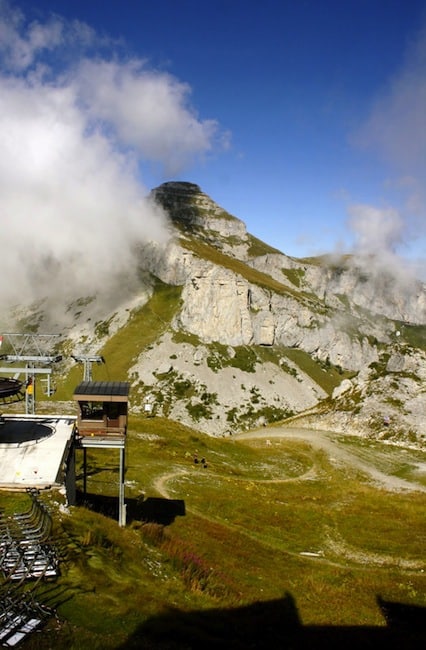 View from the restaurant on top of the mountain 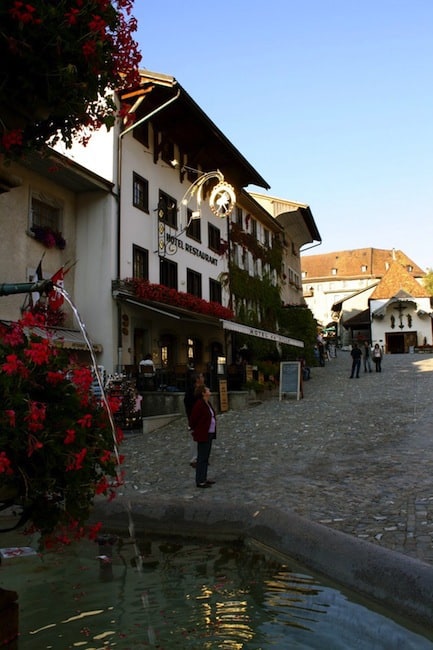 The next day we continued our exploration of the Swiss countryside, but closer to Neuchâtel. We drove up into the Jura Mountains on the Neuchâtel side of the lake, opposite to the Alps. It was very beautiful on that side as well, with many green fields and meadows filled with dairy cows. It seemed everywhere we turned you had an amazing view of the lake and the mountains. We drove up and parked at a restaurant next to a field filled with dairy cows. I didn’t know what we were going to see, but we through the fields with the cows for a bit heading uphill towards what looked like a rocky outcrop. I had no idea what to expect, but as we reached the top, we were standing on the edge of a rocky cliff, shaped like an enormous crescent high above the forest looking down the valley. This magical place is known as the Creux du Van, and apparently is quite well-known. It was so high and you could see so far that the clouds made shadows on the valley below. It was extraordinary. On the way back down the mountains we stopped a few times to take in the views before heading back to Vaumarcus, a small village outside of Neuchâtel set in the foothills of the mountains. With fields of sunflowers and vineyards stretching down to the clear blue water, overlooked by a medieval chateau, it seemed like something out of a fairy tale. We watched the sunset over the lake, turning the snow capped Alps on the other side orange and pink. It was an end to another perfect day. 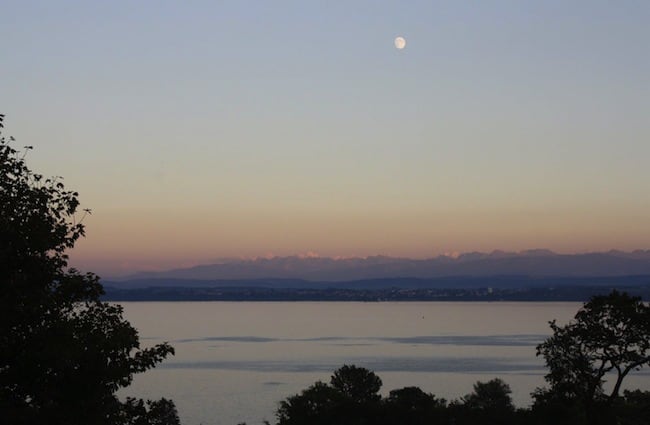 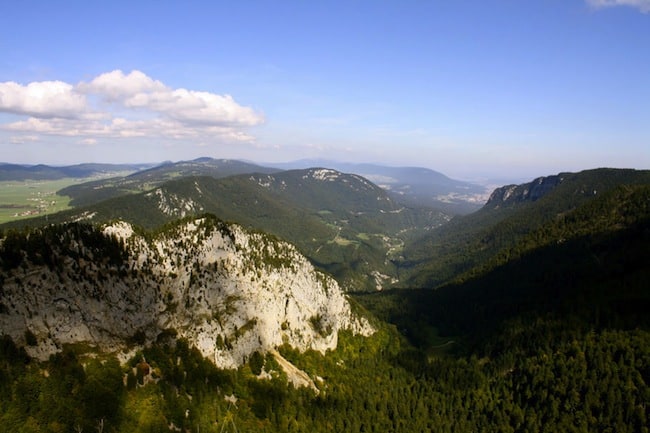 Creux du Van
Written by Liz and was published on September 29, 2010 in Destinations, Europe, Switzerland and tagged in Switzerland, travel

3 Comments on “Switzerland: Land of Cheese and Chocolate” 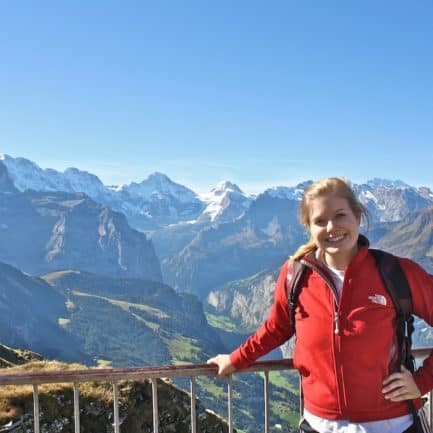