So a few weeks ago I got to go on my first field trip with my first and second graders! We came to Córdoba for the day to see the Mezquita and a Peter Pan play for the kids in English.

I started this job really hesistant about working with kids. I mean, I was never really around them, growing up as an only child. Plus, I alway thought they were a little scary. But it turns out they don’t bite after all (well occasionally they do but their teeth don’t hurt that bad haha). Somewhere along the line I totally fell in love with all of my students! They are so adorable and sweet (most of the time), always waving to me in the halls or running up to give me hugs and drawings. They forgive me when I don’t understand them, and I forgive them when they gross me out, but at the end of the day, they’re great! Now they are MY kids, and I love them! It is such an incredible feeling.

We spent the morning walking around the Mezquita, trying not to lose any of them inside (good thing they all have day-glow backpacks and have no idea how to whisper). As we were waiting in line to go inside, a big group of asian tourists came up behind them. Now If I haven’t already alluded to it, Spain is kinda sorta totally racist, and my school in the middle of nowheresville olive picking country is no exception. Anyone asian in Spain is automatically a “chino,” just like anyone black is an “africano.” “Chino” literally means Chinese person in Spanish. So would you like to know what my wonderful little uncultured babies said? They all turned to me and asked, “Lis, son chinos?” Translation: Liz, are they Chinese people? They then turned to the big tour group, waved, and in their loudest voices possible said, “¡HOLA CHINOS!”
What do you even say to that?! Especially when the other teachers are nodding and saying to the kids, yes yes they ARE chinos. I wasn’t even going to attempt to tackle that race obstacle. Good thing the asian tour had no idea what the kids were saying and just thought they were cute and took pictures of them. Phew! Saved at least! Afterwards we headed over to University drama building to watch Peter Pan. It was so cute because we spent the last few weeks learning the songs and dances so they kids could participate. What a great day!
Written by Liz and was published on February 13, 2011 in Confessions, Destinations, Learning Spanish, Living in Spain, Moving to Spain, Spain and tagged in Cordoba, Mezquita, Peter Pan, Spain, travel 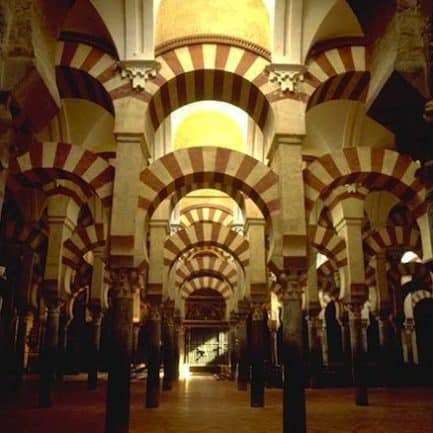 Hello! So it has been a while since I last wrote, concluding my…Read More