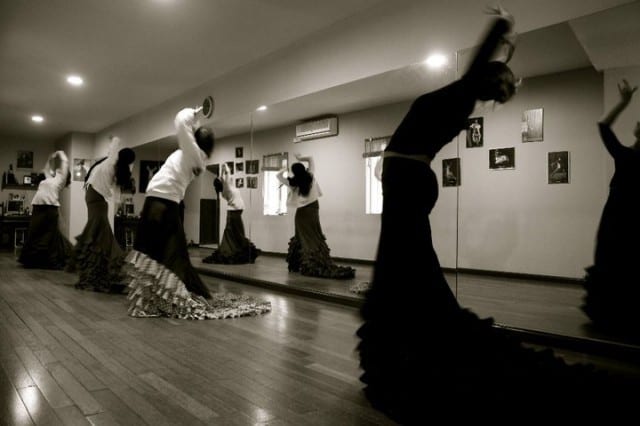 I have been meaning to write a post about flamenco for the longest time. What could be more emblematic of Andalucía, Spain? I saw my first flamenco show in Sevilla when I was 16, and I try to go see it whenever I can. However, all I really know about flamenco is that I love watching it and I want one of those colorful dresses! Obviously, I am not really qualified to be writing a blog post about it, which is where my good friend Jen comes in (remember her? I blogged about my awesome visits with her in Jerez de la Frontera and Cádiz?) Now Jen has been studying flamenco all year in Jerez and has kindly agreed to be my first guest blogger! Enjoy!

First off, a special shout out to my friend Liz (a.k.a. my Spanish twin)! I love her blog, and I hope you all enjoy reading it as much as I do!

When I talk about flamenco I often speak about it as if everyone is as familiar with it as I am. That makes no sense and it is probably more likely that most people are not familiar with flamenco as an art form. Flamenco boomed (so to speak) in the late 18th century but the influences and development of it date back to the 15th century. Flamenco is typically referred to as the music of the gypsies (of Andalucía), and while it is true that los gitanos maintain a certain art when they dance and or sing, in the here and now most of the contributors to the flamenco world are from outside the gypsy community.

The first flamenco professionals from the 18th century appeared from what is called the flamenco triangle – Sevilla, Jerez, and Cádiz. You have your cantaor(a) (singer), bailaor(a) (dancer), and guitarrista (guitarist) which make up the three main components, and the baile flamenco is almost always recognized for its emotional intensity. Conveying duende is the key. Translating duende is difficult because I am not sure that a proper translation exists – “soul” perhaps might be a good word. Flamenco has creeped into other art forms and was even used as a muse for writers like Lorca, Alberti, and the other members of the Generation of 1927. Today, Lorca’s poetry is still used as inspiration for flamenco’s cante and baile. 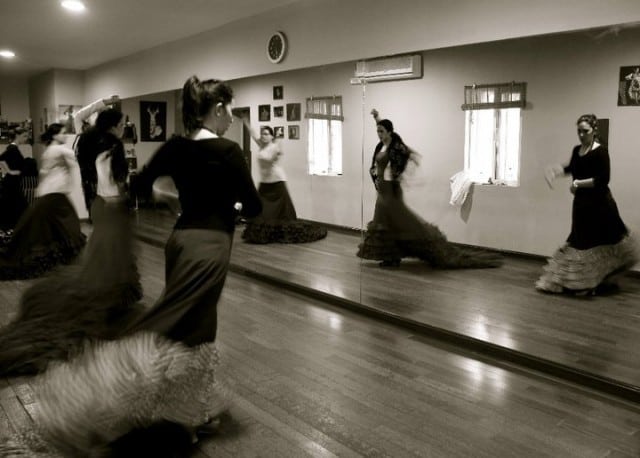 The other thing about flamenco is that you do not truly earn your fame until later in life. For example, Patri (the teacher that I take classes from), just turned 30 and is a “famous” bailaora but she is just now heading into her prime years of dancing. She will more than likely dance well into her 50’s (if her body allows her to) because the older she gets the more she learns to convey “duende.” She is Jerezana through and through and has been dancing since she was five years old. She also dances in Cristina Hoyos’ El Ballet Flamenco de Andalucía – Cristina Hoyos is one of the most famous, if not THE most famous living bailaora. Other names that you might recognize would be Eva Yerbabuena (bailaora), Manuela Carrasco (bailaora), Miguel Poveda (cantaor), Enrique Morente (cantaor), José Mercé (cantaor), Antonio Gades (bailaor), Farruquito (bailaor), and Moraíto (guitarrista). 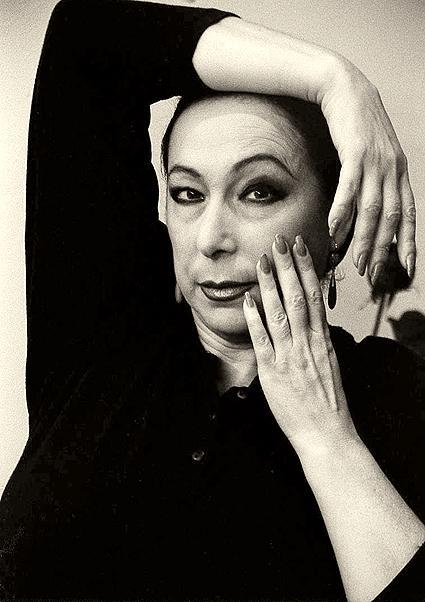 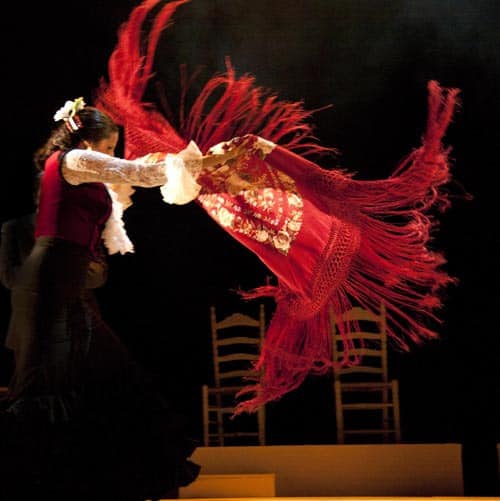 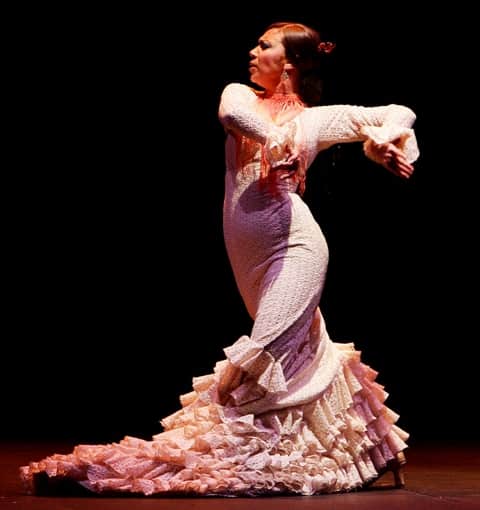 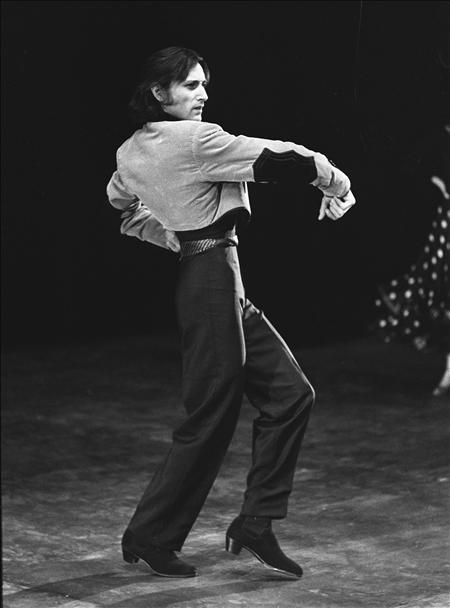 There are lots of different types of flamenco, more than 50 different palos exist to be exact. You have Soleá, Alegrías, Sevillanas, Bulerías, Fandango, Tangos, Malagueñas, etc. Bulerías is what I dance because it was born here in Jerez where I live. It is notorious for being the most difficult to learn because of its compás (the rhythmic cycle). It is a twelve count as opposed to Sevillanas which is a four count. Sevillanas is your traditional flamenco that almost all Spaniards know how to dance and it is what everyone dances at Feria. There are multiple Ferias that happen throughout southern Spain in the Spring and the one concept that links them together is Sevillanas. No matter which Feria you attend, if you can dance Sevillanas, you can blend right in and have a good time. 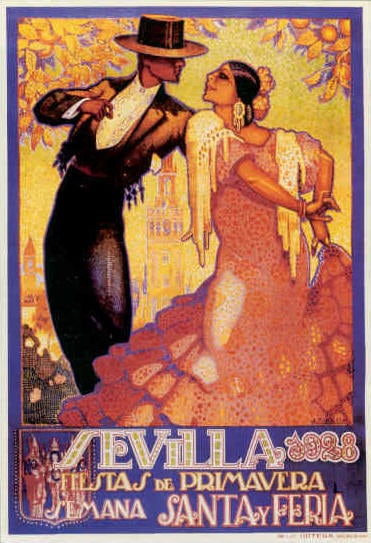 The other main difference to note would be the distinction between academically trained and non-academically trained dancers. I find that gypsies are easy to pick out when watching flamenco because they are nontraditional. O sea, their dancing is a little less rigid and nonacademic. For example, Manuela Carrasco was not trained in an academy because she comes from a long line of gypsies who passed down their dancing through generations. She is known for her incredible footwork but what she lacks is the movement of her arms and wrists. Eva Yerbabuena is not gitana and she was trained in an academy so her arms and hands are beautiful. It is essential for female dancers to posses both footwork and arms because women are mostly observed from the waist up. On the contrary, men are observed for their footwork. It is also all about the attitude, flamenco is a forma de ser. If you decide that dancing is not your thing you can still be an aficionado of flamenco by learning a few jaleos and shouting out an óle here and there!

A big thanks to Jen, my Spanish twin, or should I say, mi gemela, for writing this awesome post! I hope it was as interesting and insightful for you all as it was for me and that one day you will get to see some flamenco in Andalucía! ¡Óle!

Have you ever seen or danced flamenco?

Some great videos of flamenco:
All the following beautiful photos are courtesy of Miss Jen! ¡Muchas gracias cariño! 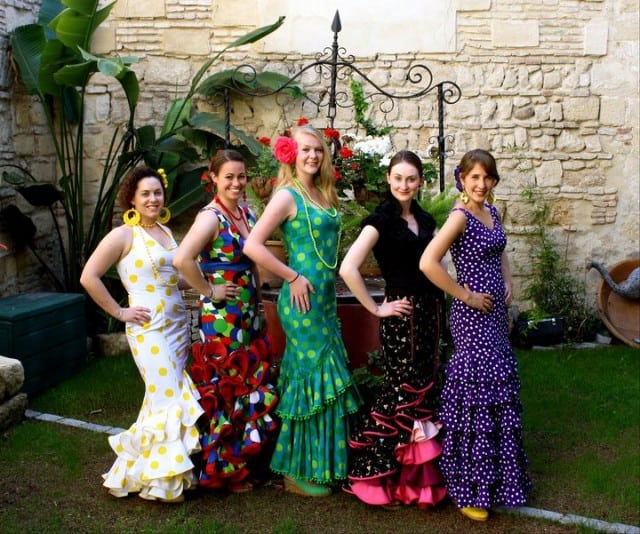 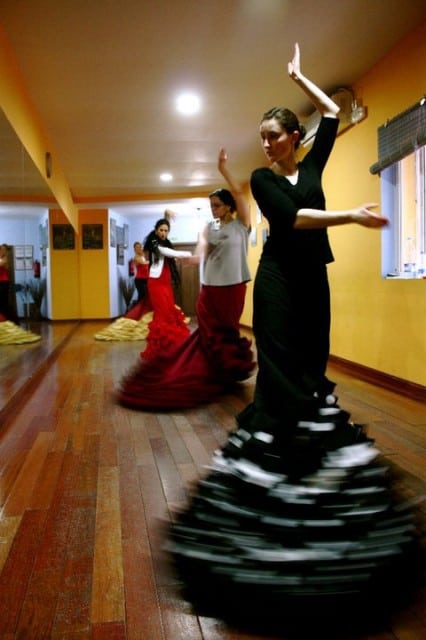 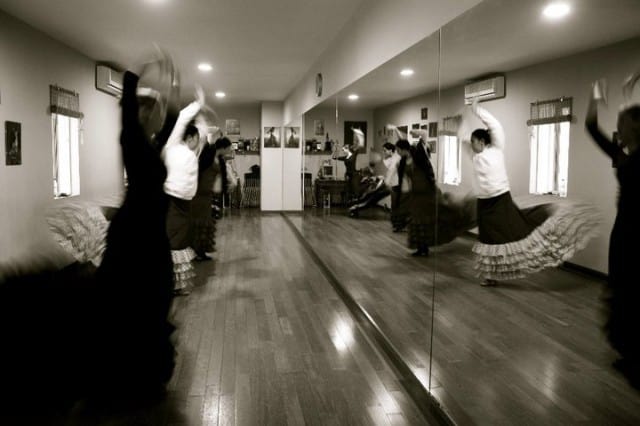 Written by Liz and was published on June 9, 2011 in Destinations, How to, Learning Spanish, Living in Spain, Spain and tagged in andalucia, buleria, dance, flamenco, Jerez de la Frontera, Spain, travel 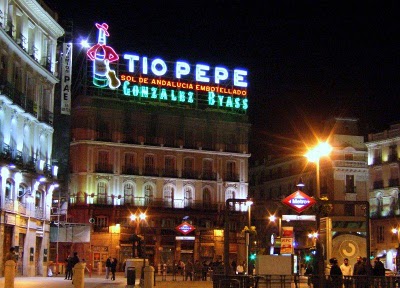 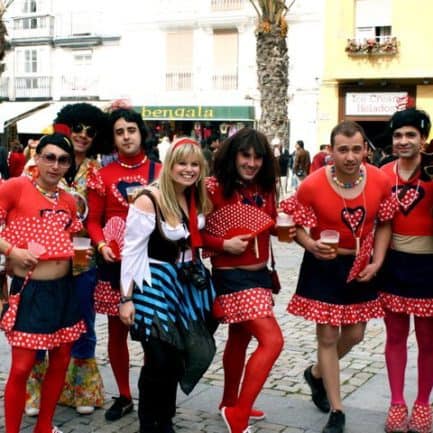