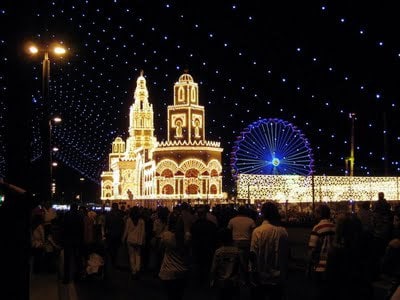 Walking to the fería in Córdoba 2011

So after three straight weeks of festivals in Córdoba in May (cruces, patios, romería and cata del vino) you would think that everyone would want to take a breather and relax, get ready for summer. Nope! Those three weeks were just a warm-up to get everyone ready for feria, you know, just to make sure you were ready for the next level of fiesta. So the last 10 days of May are reserved for the fair.

Now ferias in Spain have a few similarities to those back in the States: sketchy rides, stands selling junk food, and games where you are guaranteed to lose. Every town has one at a different time during the year. However, they are fundamentally very different from the ones back home. Usually they last for 10 days, Friday to a Sunday, and it’s a 24/7 party, especially here in Andalucía. Also, the feria is set up with tons of these big tents called casetas, which house bars and are for eating, drinking, and dancing. (They are also air-conditioned, thank god!) They are set up in rows like streets, they even have street names! They are run by different groups to raise money from selling food and drinks, and they are all free to go inside. They are all different too, some play only flamenco music, some are just for food, some are for the teenagers, and then the rest are dance clubs. So awesome. They are open all day and all night too! 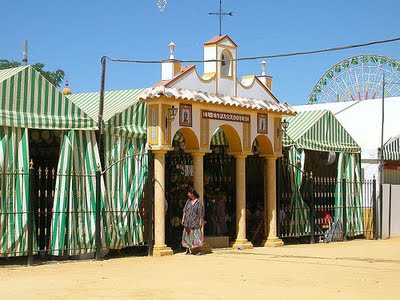 Some of the casetas in Córdoba

Everyone goes to the feria, from little kids to old grandparents. It’s so funny to see a group of parents standing around a wooden barrel, eating tapas and drinking liters of rebujitos with their kids running around or asleep in strollers, at 1 in the morning! Did I mention that tons of people dress up in traditional gypsy costumes? The girls wear a traje de gitana which are those outrageously tight flamenco dresses with the poofy bottom, whereas the men where super high tight striped pants, and a flat hat. Oh, and they are usually on horseback. Sometimes with a pretty girl in a traje de gitana sitting behind them sidesaddle. Also, those women are champions for wearing those dresses because it was about 100 degrees everyday! It’s sheer insanity. There’s no party like a Spanish party. 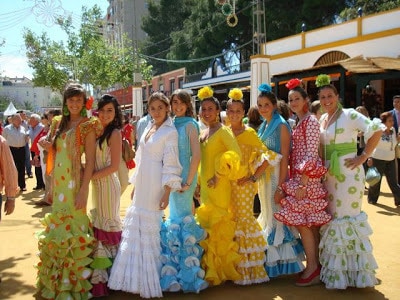 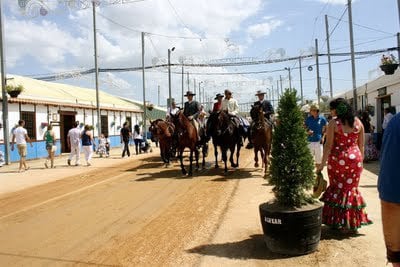 Just another day in the feria in Córdoba

Now if you’ve heard of any feria in Spain, you probably have heard of the one in Sevilla, the capital of Andalucía and Córdoba’s rival. Although the Sevilla feria is more well-known and bigger, it is also WAY LAMER because the casetas are private, and you can only go in them if you know someone. ¡Qué pijo! (loose translation, what snoots!) In Córdoba anyone can go in the casetas, even the drunk 14 year-old boys who try to hit on me. Thanks Spain for never carding. The feria is on the other side of the river and it’s entrance is this huge lit up facade of the arches of the Mezquita. So beautiful. Also, before the party starts, there is a massive botellón (pregame) along the river. I am talking hundreds and hundreds of people drinking in the parks and streets before heading over to the actual feria. There was even an article in the paper about it. It is also illegal, but like most things in Spain, it is more of a “suggestion.” 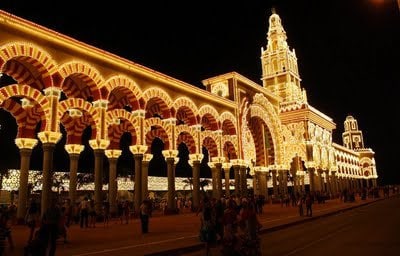 Entrance to the Córdoba feria 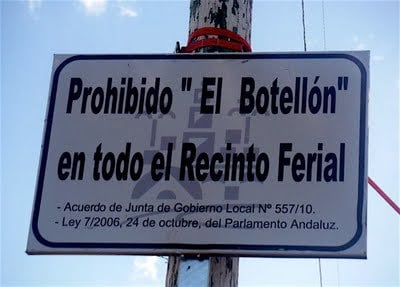 One of the best things about the feria is the chance to see everyone dance sevillanas. Now sevillanas are a traditional flamenco-style folk dance here in Andalucía, and everyone, and I mean EVERYONE knows it. It’s a beautiful four sectioned dance, and when the songs come on, everyone finds a partner and starts dancing it or faking it. I even tried once with one of Cristina’s friends at 3am. It is definitely on my list to learn properly before next year. Here is a video of two professionals dancing sevillanas, just remember this one is legit and way more flourished than normal, but just imagine a tent of tons of people dancing like that, and well that’s feria! 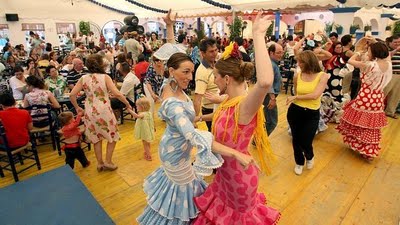 Dancing sevillanas in a caseta

The feria is so much fun, I went four different times this year. I mostly went at night because it is hot as hell during the day. My favorite night by far was when my friend Cristina and her friends from Espejo came. A long night of silliness and dancing ensued. It was so epic! It was definitely a great way to end all of the May festivals, and celebrate my last week of work! It is by far my favorite of Córdoba’s holidays! 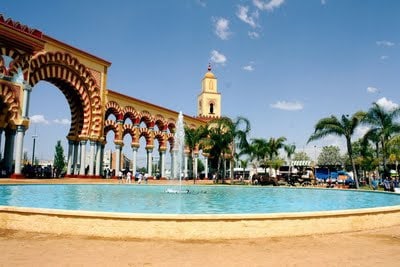 feria during the day 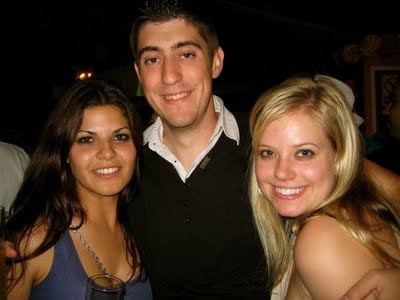 Espejo friends at the feria 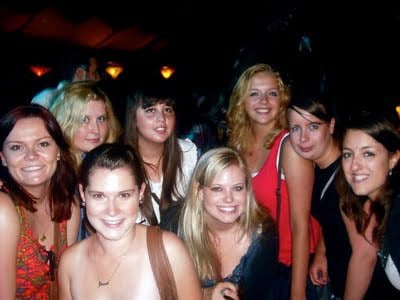 First Friday night at the feria=insanity! 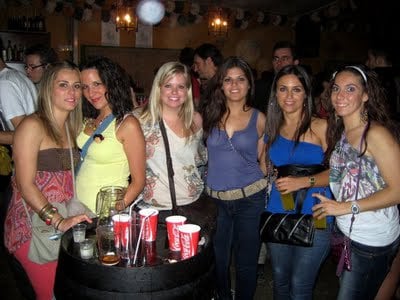 Out to celebrate my last day of work at the feria with my Espejo friends!
Written by Liz and was published on May 31, 2011 in Europe, Events, Living in Spain, Spain and tagged in andalucia, Cordoba, feria, festivals, may, sevillanas, Spain, travel 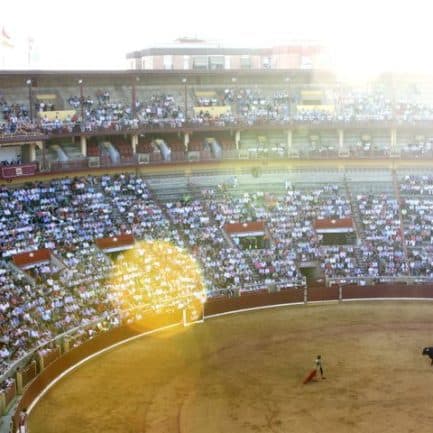 Death in the Afternoon: Bullfighting in Spain 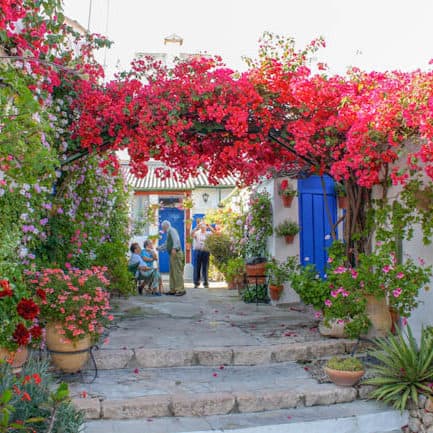 If You Go Anywhere in May, Go to Córdoba, Spain

From 2010 to 2011, I was lucky enough to call Córdoba, Spain home.…Read More
More travel stories