5 shares
“Of course it is happening inside your head, Harry, but why on earth should that mean that it is not real?” Dumbledore 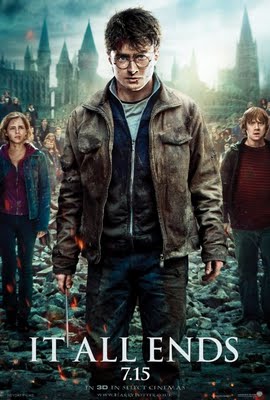 Hi, my name is Liz and I am an unabashed Harry Potter dork. I have read the books so many times I can quote them (which unfortunately, I do often and in public). I’ve worn out the bindings in all but two of the books, and I have been to almost every single midnight premier and book opening over the last decade. Often in costume. I say stupid s*** like “I wish I could just apparate out of this traffic,” “Accio nonfat latte,” and “why is that lady taking so long in the bathroom? It’s not like she’s going to the Ministry of Magic.” I like to think my last boyfriend and I broke up because he refused to see the 7th movie with me; it wouldn’t have worked in the long run. I have Harry and the Potters on my ipod, and may or may not have seen them in concert. In short, I love the Harry Potter series and I always will! I don’t care if that makes me a dork, an obsessed fan, or a 12 year old girl or all of the above. Keep fighting evil, Harry! You’re the bomb!

On July 15th, my childhood officially came to an end. The last Harry Potter movie finally hit theaters. Big surprise. I think you would have had to live under a rock (or in Spain) to not have heard about it. For me and most of the world, it was the climax of over a decade of waiting.

Harry and I grew up together. We met when I was only 11 years old, both on the verge of becoming teenagers. It was the beginning of a long friendship. I can still remember reading books one and two when I was in middle school, and writing book reports about them. I can even remember everyone in class arguing about how Hermione’s name was pronounced, long before the movies hit theaters. I even remember going to the Warner Brother’s store at the mall and buying one of the first HP sweatshirts that came out. I have the first movie on VHS. I was reading Mugglenet on my dad’s giant desktop PC almost 10 years ago. I dressed up as Harry Potter for Halloween in the 7th grade, and I went to the Elephant House, a cafe in Edinburgh where J.K. Rowling started to write the series.

This post is pretty late in coming. Part of me couldn’t bear to acknowledge that this really was the end of an era. I finally went to see the 7th film for the second time a few days ago in Boston. Everyone has some fault or another with the last movie, but overall I thought it was pretty epic. I may have sobbed through the whole second half and fogged up my 3D glasses (what you people must think of me!) Anyways, the point of this post is not point out how big of a nerd I am, but rather to acknowledge my love for J.K Rowling’s timeless books, a love that I am sure many of you guys also share, as well as a sadness that the series has finally come to an end. Harry was a part of my childhood, aging at the same time as me, and now it’s almost fitting that it’s over, as the next stage of my life begins. So here’s to you Harry. Thanks for encouraging me to read more and helping my imagination flourish. Thanks for being timeless and for always being around when I needed a good read. Thanks for everything!

How much do you love Harry Potter? Did you grow up reading the books like I did? What’s your favorite HP book? What did you think of the last film? 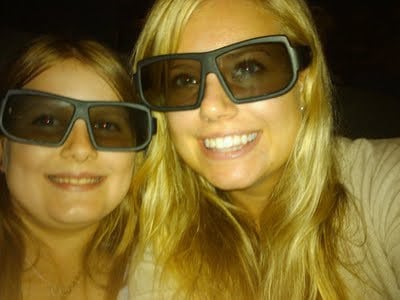 My sister and I before HP7pt.2 in 3D of course 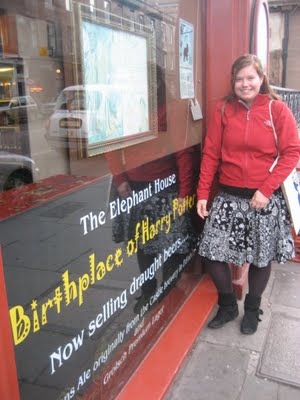 At the Elephant House in Scotland in 2008

Me and my favorite HP book, #4
Written by Liz and was published on August 26, 2011 in Uncategorized and tagged in harry potter, harry potter and the deathly hallows, movie, part 2

7 Comments on “Harry Potter: End of an Age” 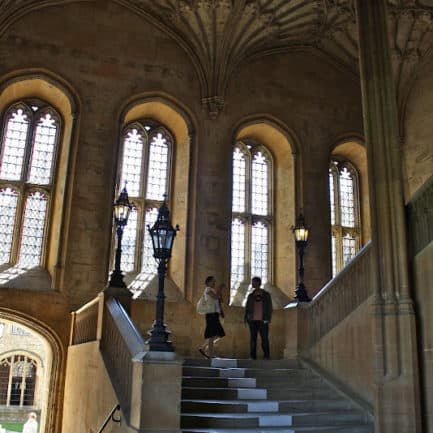 Will Peach is one of the site editors over at Gap Daemon, the…Read More

If Córdoba is known for one big festival, it would have to be…Read More
More travel stories