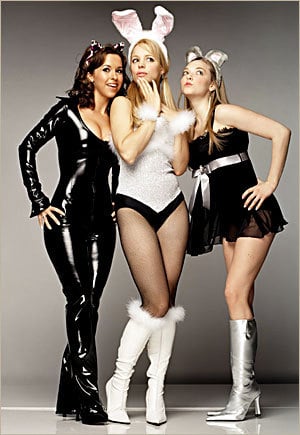 “In girl world, Halloween is the one night a year when girls can dress like a total slut and no other girls can say anything about it. The hardcore girls just wear lingerie and some form of animal ears.” Mean Girls

Well this is more than true for Halloween back home in the States. Since my first year in college, I have done it all. Sexy Lolita, a sexy fairy princess, a sexy Spartan warrior, a sexy German beer wench, I think you get the idea. However, this doesn’t fly in Spain. When I told my friends this in Spain, all I got was a blank look followed by, “well that’s not scary.” Halloween is a new fad, an up and coming holiday in Spain, so it still embodies the traditional idea that it should be scary. Everyone dresses up as witches, zombies, vampires, ect. It’s not about who has the most original or sexiest costume, but rather, the scariest. Seriously, I’ve never seen so many zombies as I saw last weekend.

I always get homesick in October because of Halloween. I love Halloween; it is one of my favorite celebrations back home. I love plotting ridiculous costumes with friends, carving pumpkins, hot apple cider, making myself sick on candy corn, buying loads of candy to get ready for trick-or-treaters (we had over 200 little monsters come trick-or-treating at my house this year! and I missed it!), and I love pumpkin flavored anything! I mean anything. Pumpkin flavored beer was my new thing, but I can’t even find a good IPA here, let alone pumpkin ale.

So this year my friends and I decided we were gonna bring an American Halloween to Spain. Also, Halloween is almost always a holiday here in Spain because it falls right before All Saints Day, so we can totally celebrate big time because there is never work the next day. So my friends and I spent the afternoon baking cookies and cupcakes and carving pumpkins while watching Halloween movies in preparation of a big Halloween party in Albelda, a neighboring village of Logroño, where C’s boyfriend J, is from. So even though we didn’t dress like sluts, we decided to not entirely abandon our American girl heritage and we wore cat ears. Meow.

Halloween was epic. I rolled into bed around 6am after a great night out meeting new people, drinking way too much red wine, dancing around a tiny town in my cat ears and binging on Halloween sweets. Note to self, double duty at the gym this week and don’t run down the stairs in a club in 4 inch heels in the rain at 4am. Ouch.

How was your Halloween? Have you ever celebrated Halloween abroad? 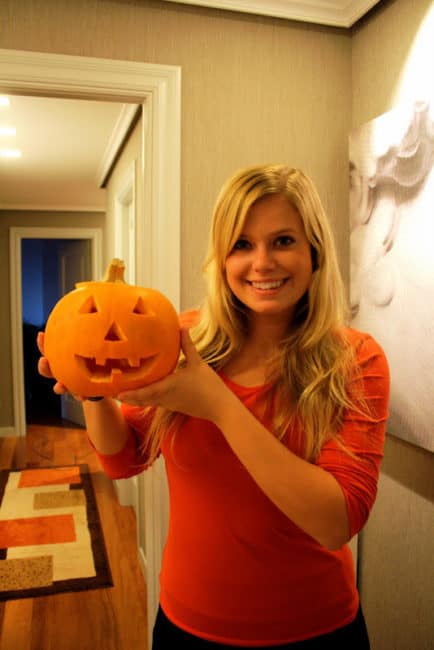 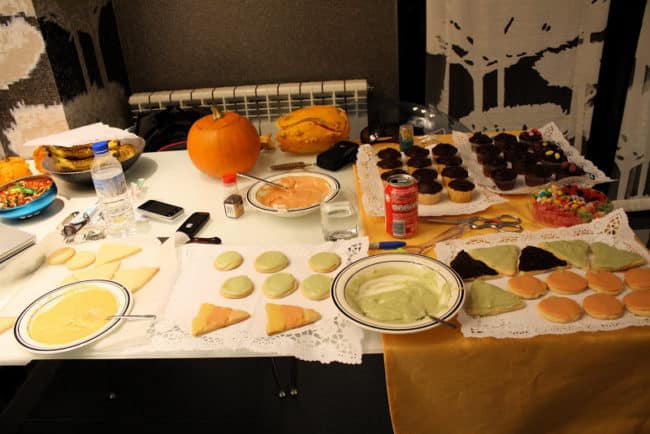 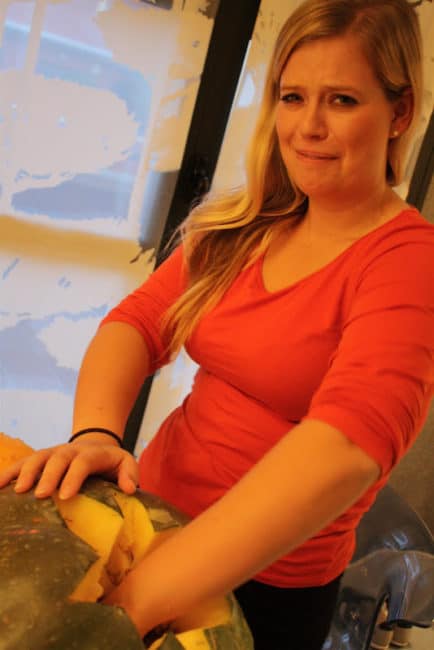 This was one giant pumpkin with way too much gunk on the inside. yuck. 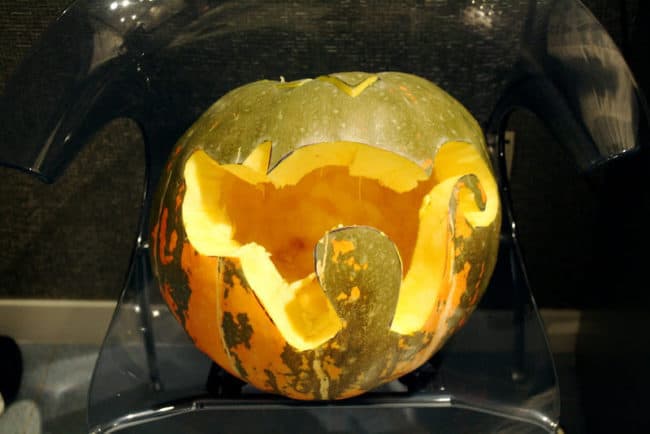 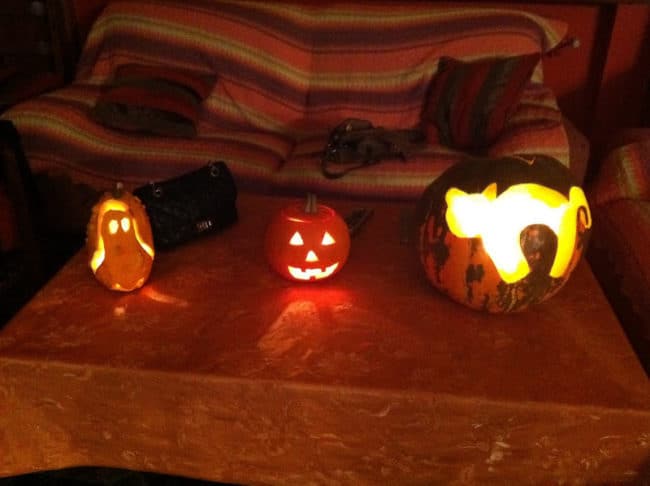 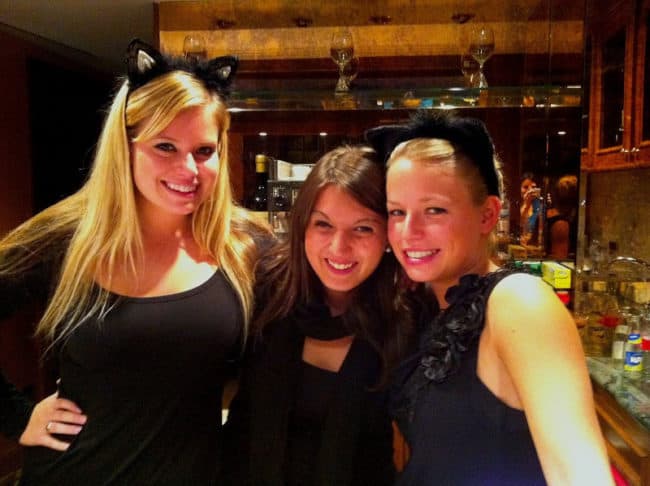 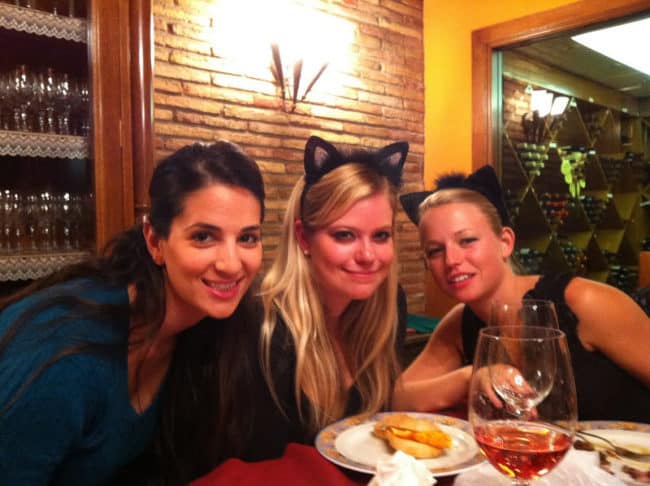 I don’t know why I look so grumpy here. Probably thinking why did I eat so much cookie dough.

Written by Liz and was published on October 31, 2011 in Living in Spain, Spain and tagged in expat, halloween, halloween abroad, logroño, Spain, spain travel

I thought that this year Christmas was going to be disappointing. I wasn't…Read More