Home » Blog » Adventures » There and Back Again: How the Hobbit Inspired Me to Travel 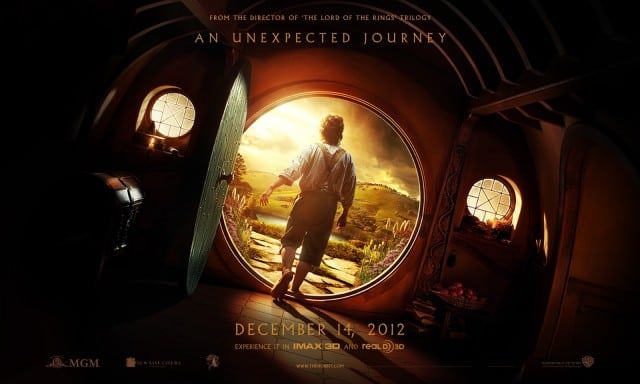 Confession: I’m kind of a dork.

Ever since I was a Little Adventuress, I was that kid with coke bottle glasses who was too shy to talk in class and played Magic with the boys at recess. I would stay up all night reading my favorite books over and over until my parents got so fed up with me they would take them away as a punishment.

As we speak, I spent over $100 to ship my favorite books home from Spain, because each book holds a memory for me and I couldn’t bear to leave them behind. Care to hanker a guess at what one of those books is? 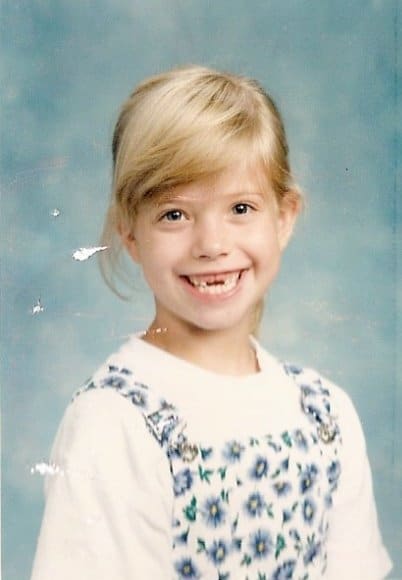 I love holding books. I love picking books out and feeling the weight of them in my hands, if they are printed on nice paper. Yes, I even smell them too. Bottled book smell, fresh, vintage, paperback, I would buy them all if I could. For me, books and travel have always been intertwined.

You can probably see where this is going.

Little-known fact: I am actually the biggest Tolkien fan on the planet!

I do not jest. For me, Tolkien is sacred. I love his writing better than Harry Potter, and that’s saying something. I am one of those  dedicated fans who rereads the Lord of the Rings, the Hobbit and even the Silmarillion every year religiously. My mom handed me a copy of the Hobbit when I was about 10 and it was love at first sight. Bilbo’s adventures with Gandalf and Gollum are timeless, and I am jittering with anticipation at seeing the movie tonight! 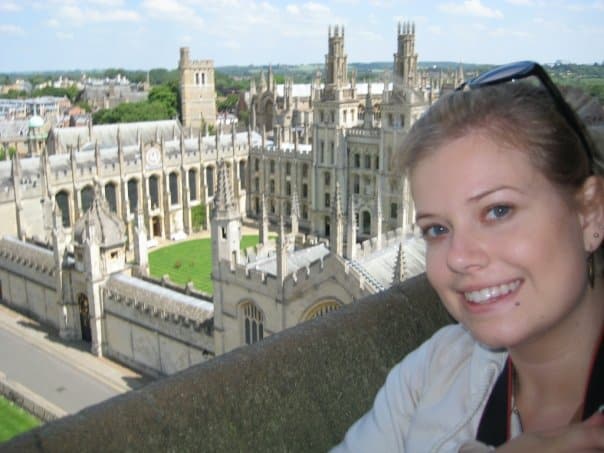 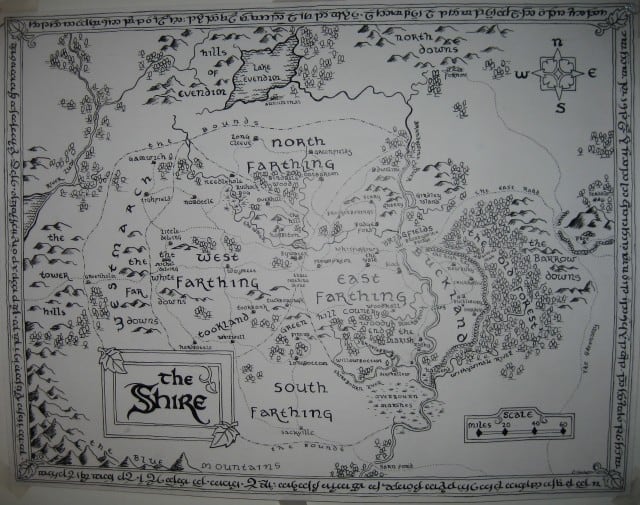 To put it mildly, I’m obsessed with LOTR.

JRRT and I go way back – I was inking in maps of Middle Earth and sketching the Forbidden Forest back in high school while most girls were dating and buying prom dresses. I was a medieval studies major in college which meant I got to read all of the original Norse sagas and Old English poems in runes that inspired Tolkien when he was a professor of Anglo-Saxon at Oxford. Oh yeah, and I went on a Tolkien hunt when I was researching for my thesis at Oxford back in 2009. I made sure to go have a pint at the Eagle and Child pub where Tolkien and C.S. Lewis and the informal literary group the Inklings met. I’m the kind of person who would name their cat Frodo and their dog Pippin. If I had a beagle, I’d name him Sméagol, preciousssss.

Don’t know Sméagol? Here is Urban Dictionary‘s definition: “The dude that wants and DESERVES the precious. He had it in the first place and Frodo only has it because Bilbo stole. Bilbo must die forever and ever. It’s mine. My own. My precious.” Hilarious!

Did I mention I have a Lord of the Rings tattoo? Yep, total nerd. 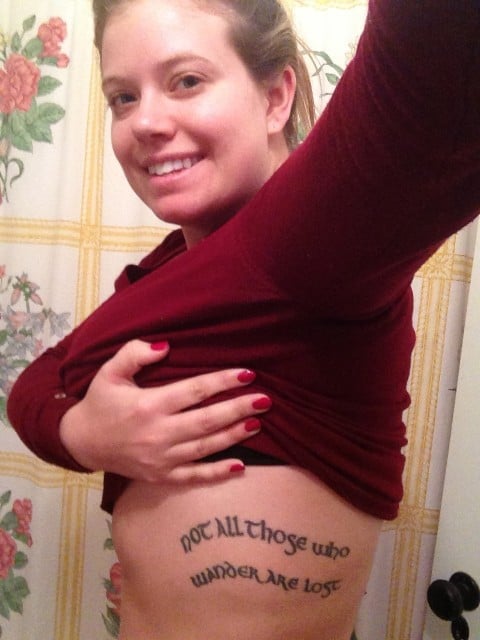 For me, and probably for many of you guys, Tolkien’s stories are the ultimate adventure tales!

They are the original travel writings, the first narrative travel blog of the early twentieth century if you will. Bilbao is a hobbit, the biggest (littlest) homebody in Middle Easth, like me and so many of us, when suddenly he is confronted with the possibility of an adventure! Of travel, to see beyond his own fence in the Shire, to see the world! And what does do? After a little nudging and prodding, he’s off to have the trip of a lifetime! Even the smallest people can make have the strength within them to make such a big choice.

Isn’t that a question that so many of us face these days?

Do we stay at “home” in our country, do we shun the opportunity of travel, adventure and possible failure in order to have a comfortable life? Or do we take the plunge like Bilbo, the quintessential creature of comfort, forgo all that we know for the chance for something different, to get to know the world beyond.

I know which path I picked. 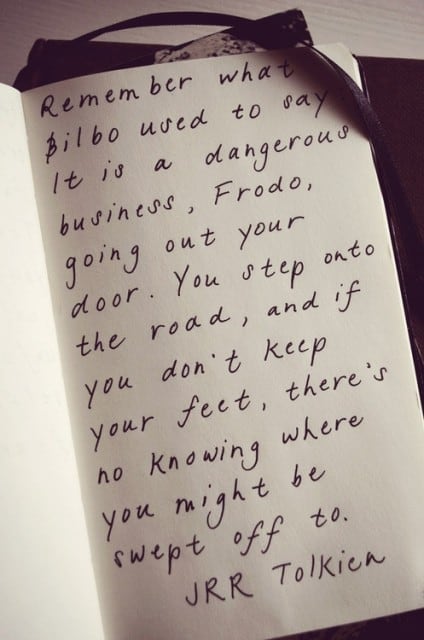 And THAT is why I love Tolkien’s books so much, because of the messages they convey, the spirit of adventure, risk, and growth, the value of friendships, of perseverance against all odds and doing what’s right instead of what’s easy, the same things I love when traveling.

It doesn’t matter that it’s set in a world filled with trolls, elves, wizards and hobbits, it’s the themes that are universal and unchanging.

And I am equally as obsessed with Peter Jackson’s stunning interpretations of my favorite books. I own those long 4 disc special edition versions with a days worth of behind the scenes footage and I watch them all (Richard Taylor, you’re my hero)! I think what Weta Workshop and the film crew have done with Tolkien’s works over the past decade is just incredible.

They have literally turned New Zealand into Middle Earth for me, which is one of the many reasons it’s number 1 on my list of places to visit.

(Speaking of down under, I was just named one of the Top Travel Blogs to Watch in 2013 by the Huffington Post, and they just gave away a big secret of mine about New Zealand. Hop on over for a sneak peak) 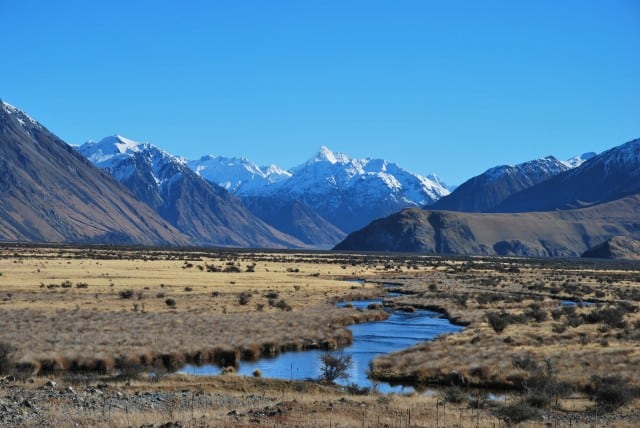 So what to take away from my ramblings about Middle Earth?

Adventure does not always knock on our front door in the guise of a kindly old wizard named Gandalf, but it’s always there. The possibility of travel, of discovering a world beyond our doorsteps, is all around us. All you have to do is find the courage to face it and take those steps towards the world beyond. Trust me, you won’t regret it.

Are you a Tolkien fan? Has reading ever inspired you to go on an adventure and to travel the world? Have you ever been to New Zealand? But most importantly, are you off to see the Hobbit tonight? 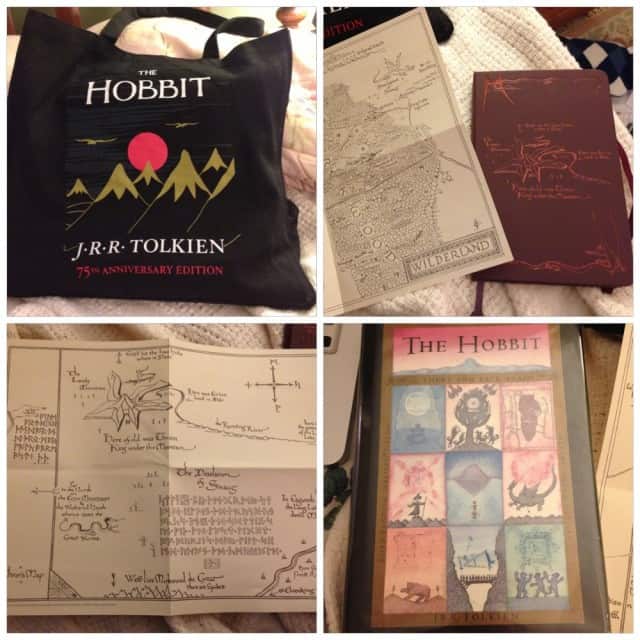 Some Hobbit merchandise I had laying about 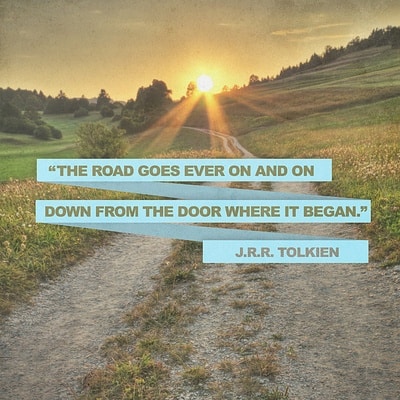 “All that is gold does not glitter,
Not all those who wander are lost
The old that is strong does not wither,
Deep roots are not reached by the frost.

From the ashes a fire shall be woken,
A light from the shadows shall spring;
Renewed shall be blade that was broken,
The crownless again shall be king.”

Tolkien in Lord of the Rings 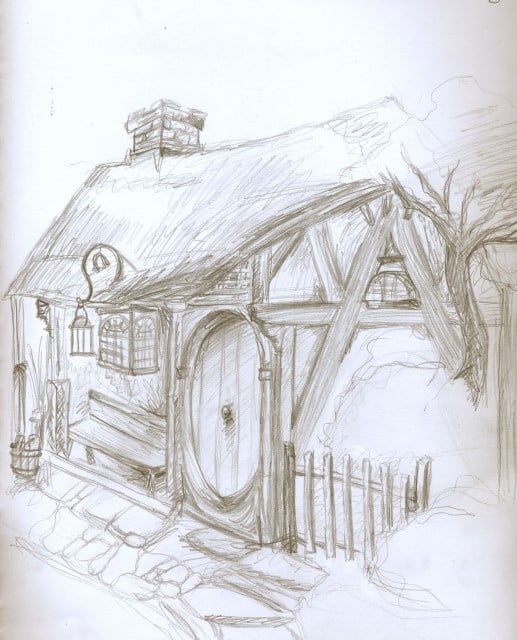 My own rendition of a Hobbit hole 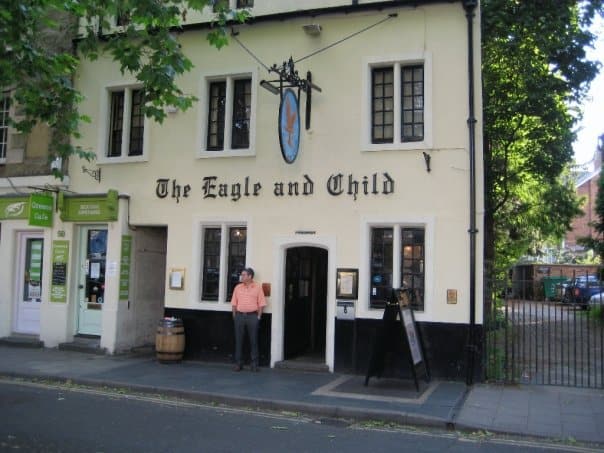 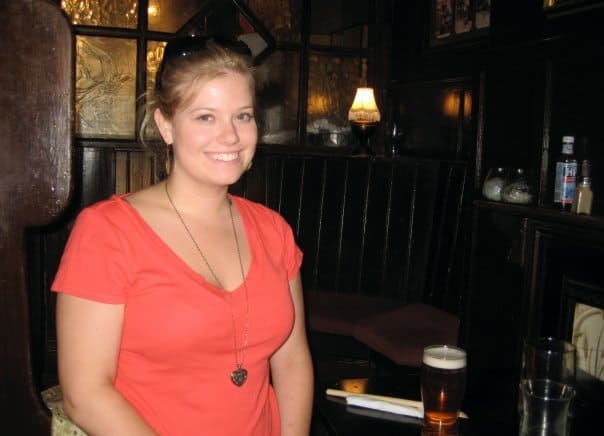 Hanging out at the Eagle and Child pub in Oxford

Written by Liz and was published on December 14, 2012 in Adventures, Confessions, Destinations, Get Inspired, Nerd Alert, New Zealand and tagged in Hobbit, Lord of the Rings, lotr, Tolkien

33 Comments on “There and Back Again: How the Hobbit Inspired Me to Travel” 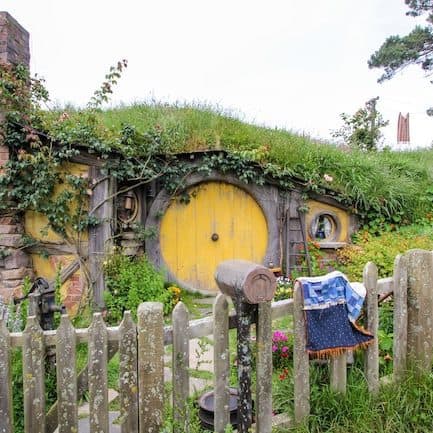 “In a hole in the ground there lived a hobbit. Not a nasty,…Read More 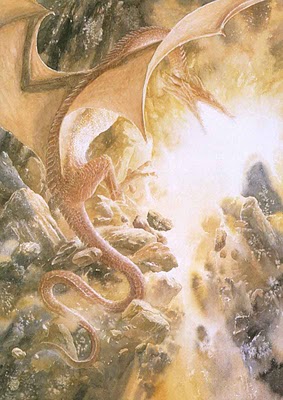