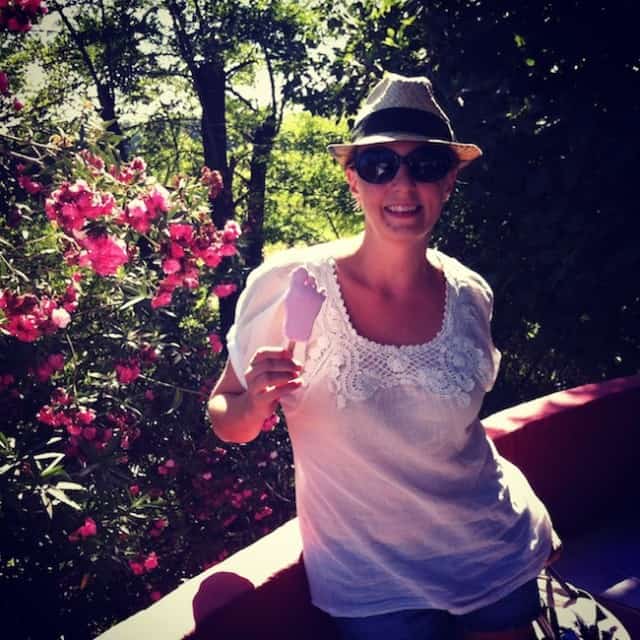 This week’s Expat Files takes us down to sunny, beautiful southern Spain and to one of my favorite cities, Granada. I don’t know about you guys, but I am in dire need of some sunshine, spring, and charm, all of which Granada oozes by the bucketload. Molly has been an expat in Spain for 15 years, from Barcelona to Granada, she has all the insider tips of what to see and where to go like a local on her blog. Check out what she has in store for us about beautiful Granada. 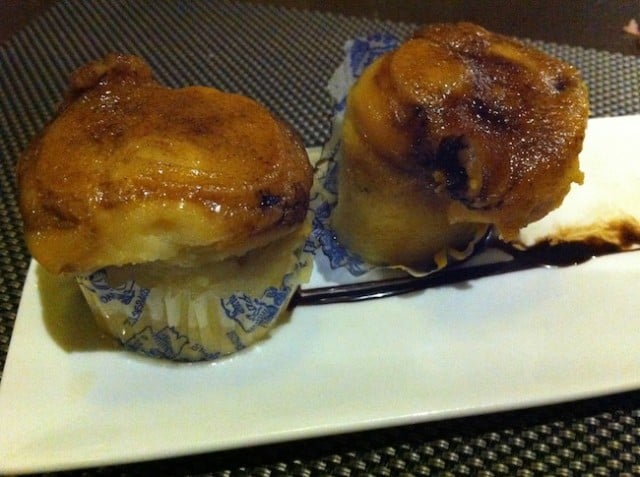 2. What’s your favorite food in Granada? Where’s the best place to find it?

Granada has lots of fabulous food. Free tapas, lovely local produce but if I can only choose one thing. It has to be Pionono cakes. They are full of flavour but don´t look very interesting to the eye really. The pionono is a small golden coloured cake only available in Granada. They are made with combination of eggs sugar and cinnamon. The piononos of Santa Fe are named after the Pope Pius IX. When he visited Granada in the late 1800s this cake was made in his honour. So his name Pio Nono in Italian is how there are still named today. They are sold in shops and cafés throughout Granada. The most famous one is called Casa La Isla.

3. How did you end up living in Spain? What made you decide to move to Spain? Why did you ultimately chose Granada?

I was living in Barcelona when I first moved to Spain for many years. I moved to Spain to pursue a job in which I could use Spanish. I left Barcelona to move to Granada as my boyfriend wanted to move back to his hometown. 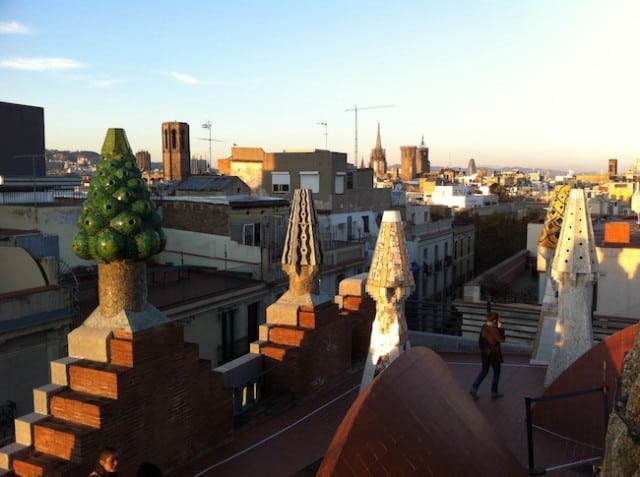 From Barcelona to Granada

4. What do you think is the most beautiful spot in Granada? Where’s the best view?

Everyone comes to Granada and sees the views of the Alhambra from the Mirador de San Nicolas. It is the most typical spot. So I will share a lesser know spot. The viewpoint in front of the Hermitage of San Miguel up high in the Albaicin quarter.From here you see the whole of the Alhambra grounds as well as the entire city of Granada. This location allows you to see a panoramic view of the whole city. You can pick out the Cathedral and even see the Sierra Nevada mountains. 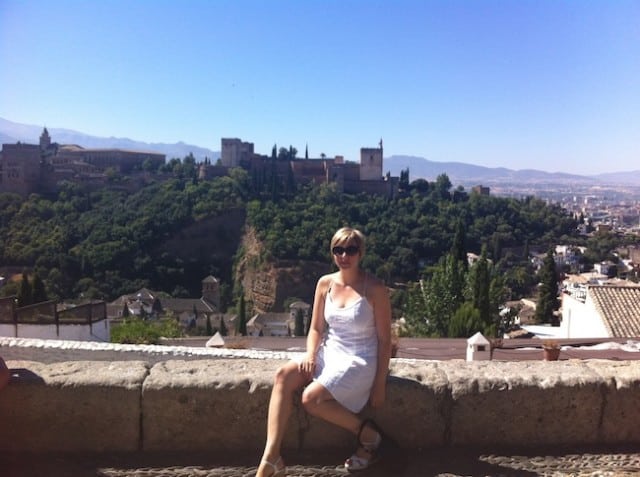 5. Name one thing to do or see in Granada that is not in any guidebook

When it is hot head to the swimming baths called Baños Sierra Elvira in Atarfe to swim in natural water. Each pool is filled up fresh everyday. The waters have healing properties and in hot weather this is a great place to cool down. They are open from May to September usually.

I see quite alot of dogs in the city which aren’t on leads. Some are strays, some belong to people. This is an issue that doesn’t really help the city’s image, particularly in the city centre and the Albaicin quarter where tourists are visiting daily. 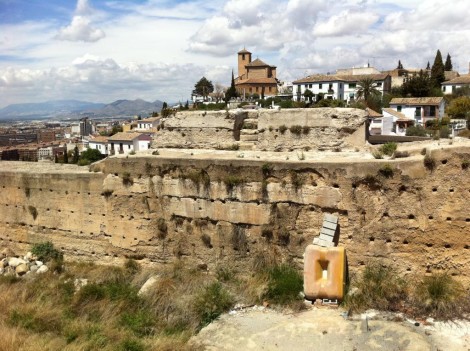 7. Name one funny cultural mishap or misunderstanding that’s happened to you while in Spain

I had many these. 15 years in Spain and there have been alot of moments Lost in translation! Last September I was in Marbella shopping in the large Corte Ingles there. I went to see the Jo Malone counter (a fragrance & cosmetic brand) They have a concession there. Of course this is a well known British brand but the saleswoman was Spanish. No problem as I speak Spanish. So I was testing the latest fragrances and she was telling me all about their new creation Wild Bluebell. They had alot of photos of lucious carpets of bluebells covering forest floors dotted around the stand.

She began to tell me that the scent had been launch now in time for Autumn as these flowers only came out in Autumn. As I could remember as a child walking through bluebells in Nottingham in Springtime I knew this wasnt correct. I tried to explain to her that Bluebells are a sping flower. She insisted that she had been on a Special training course in the Jo Malone corporate offices and they had told her the correct information.

Sometimes when these things happen you just have to agree to disagree. I smiled sweetly and let her spray my wrist with the scent of Autumn Wild Bluebells.

Be sure to keep up with Molly’s adventures in Spain on her blog and on twitter!
Written by Liz and was published on March 9, 2013 in Destinations, Europe, Learning Spanish, Living in Spain, Moving to Spain, Spain, The Expat Files and tagged in andalucia, andalucia spain, andalusia, expat files, expat spain, Granada, Spain, the expat files

13 Comments on “The Expat Files: Molly in Granada” 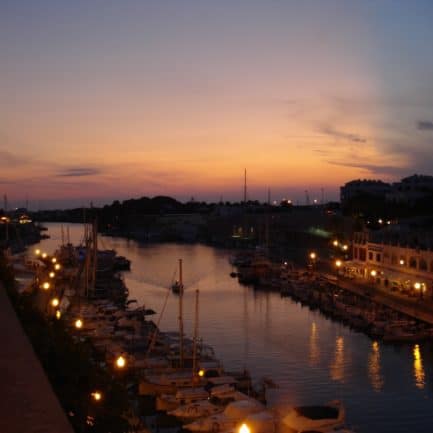 The Expat Files: Zach in Valencia

I have been a long-time reader of Zach's blog, Not Hemingway's Spain, as…Read More 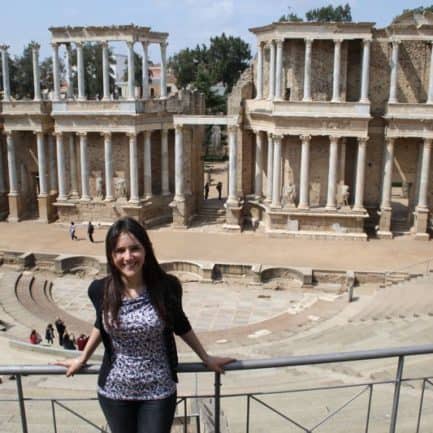 So this week on The Expat Files, is the multitalented Lauren from Spanish…Read More
More travel stories