Home » Blog » This will probably get me hate mail » New Zealand houses are sh*tty and cold: a rant

There was once a time when I was innocent. A time when I lived naively in warm, insulated bliss, fully taking for granted the modern innovation of indoor heating. Then I moved to New Zealand.

Coming from the USA, I admit I was privileged and spoiled with central heating and double pane windows. The thought of wearing a jacket inside was absurd and sometimes, I’d be warm enough to walk around in a t-shirt come wintertime.

Those days are gone. I’ve been living in New Zealand for four years now and my innocence has long left me. It was an abrupt, rude awakening that flung me from the warm blossom of my centrally heated apartment in Chicago and into the frigid New Zealand cold houses where if you’re not wearing five layers, you’re not doing it right. 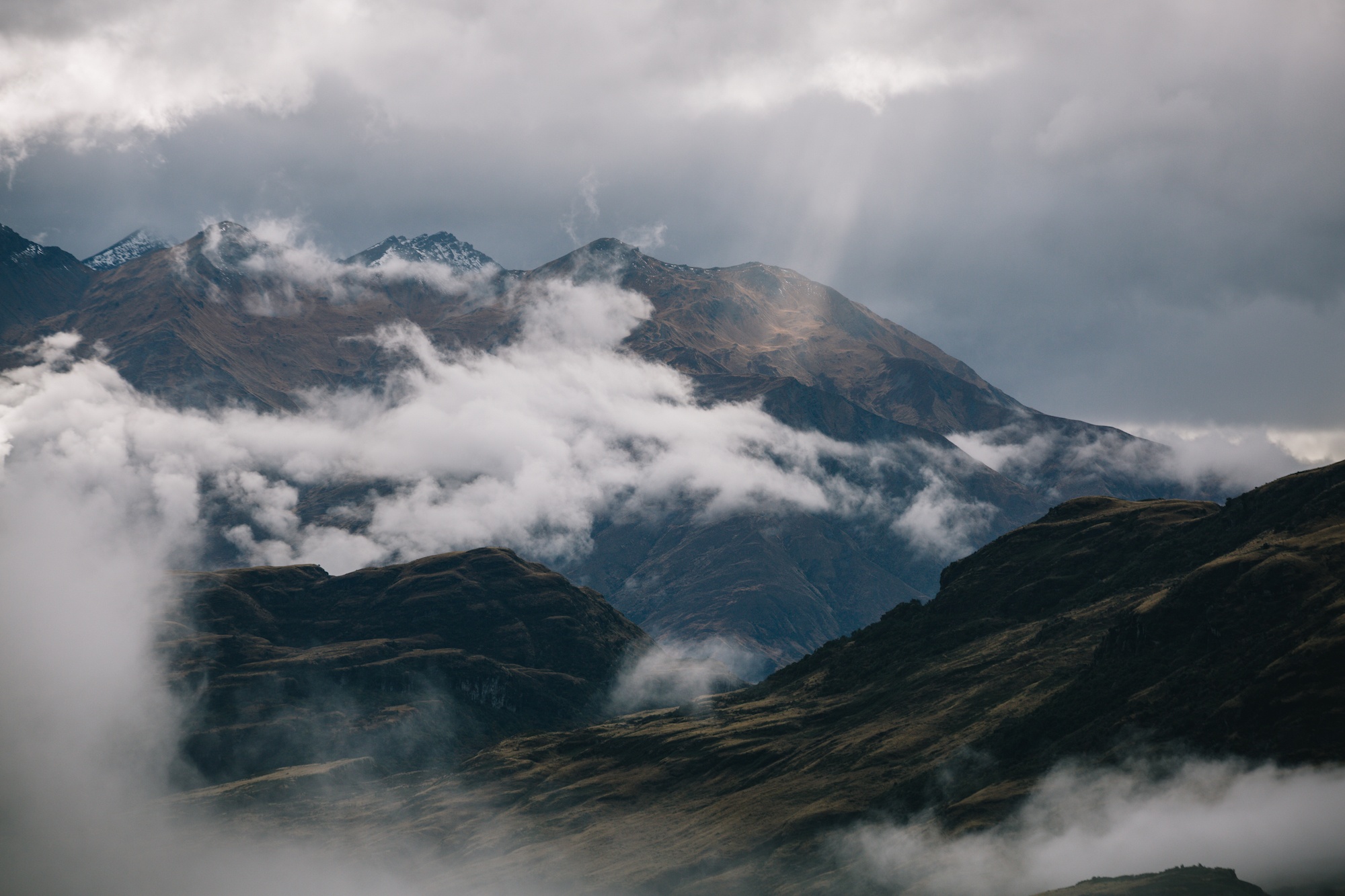 I admit, New Zealand is moving towards improvement, albeit at the size of a paralyzed turtle, but change is coming. New Zealand cold houses are still all the rage.

More home builders are ponying up for better insulating homes instead of embracing the old Kiwi values of the cheaper the better. For those of you on the other side, basking in your tank tops and warmth indoors, let me take a few moments to highlight your luck and privilege, lest you forget.

And before you tell me to shut up and deal with it or go back to the USA, let me just say I know this rant is going nowhere.

No, I’m not planning on leaving anytime soon and I understand my complaining isn’t going to solve anything but when you need to vent, you need to vent. Ya know? So just shut up and leave me be.

Here’s a quick break down of all that’s wrong with Kiwi homes in the winter. 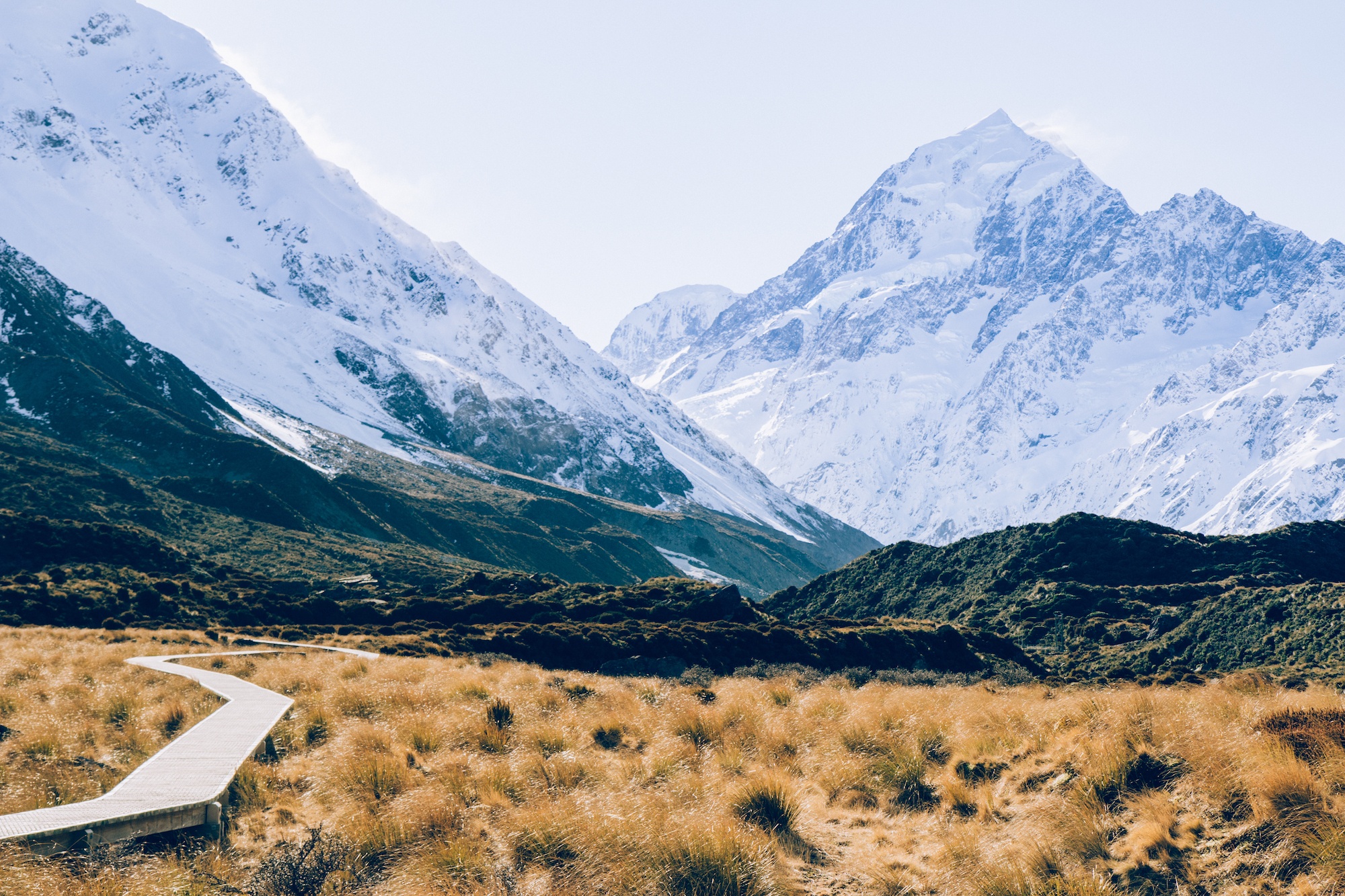 Before I moved to New Zealand, I had never once considered windows, have you?

I simply took them for granted and accepted them as a normal structure in the house but never once did I ponder about the construction or design or function. Windows were windows, right?

Windows, as I’m sure any real homeowner could tell you, is a big key in keeping your house warm. In New Zealand, it’s just now in 2019 becoming customary to double glaze your windows. (Hot tip: Double Glazing is Kiwi for double pane windows). 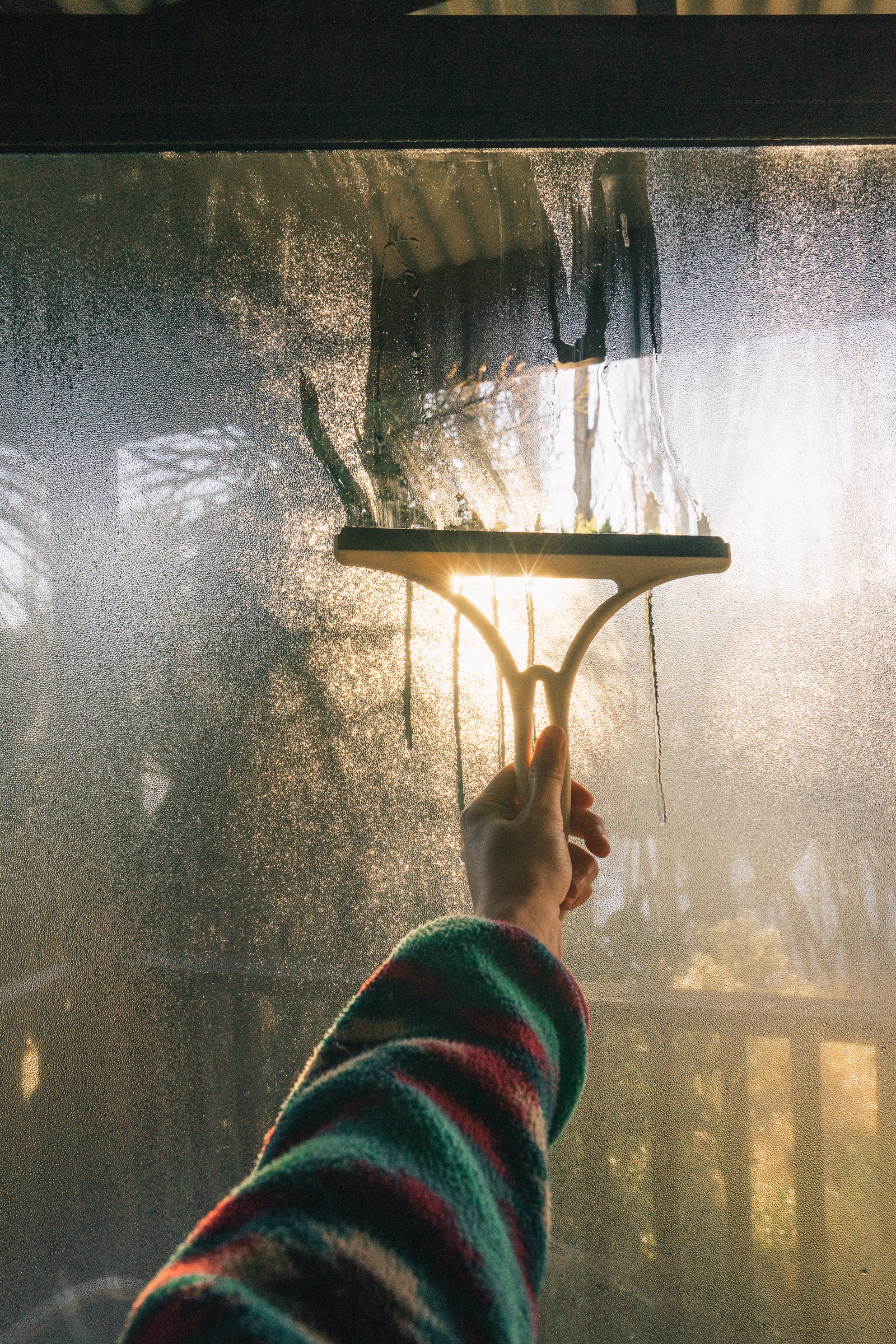 Windows here have exactly one piece of glass and because there’s no two-pane system where the internal glass is warmer than the external, you get heaps of condensation inside.

When the warm air in the house meets the cold window pane, the moister in the air condenses on the glass so when you wake up in the morning, you’ve got dripping wet windows. People deal with moisture in different ways. Some towel down the windows while others just leave it be. Some people open up all of the windows for the morning and let it dry out.

If opening the windows first thing in the morning IN THE MIDDLE OF WINTER is the last thing you want to do when you wake up to a frosty morning, you’re not alone.

Windows here have no screens and are attached by hinges that allow the window to open outward. Sometimes those hinges secure the window shut but sometimes, if the windows are older, the seal is not so tight so unless you’re a swanky MoFo living in a brand new house, odds are you’re going to be feeling those drafts all the time. Unless you… 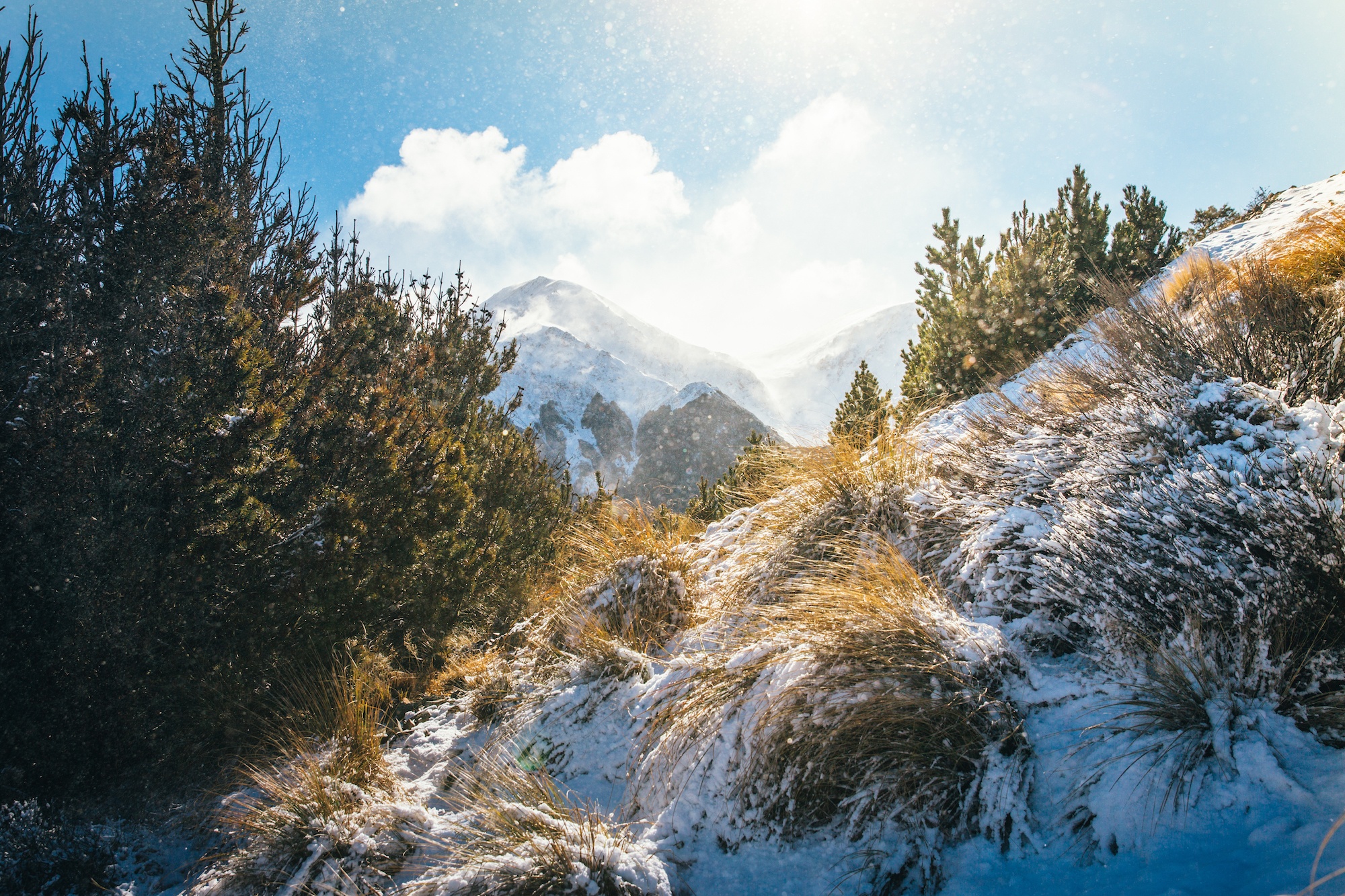 Before moving to New Zealand, I thought curtains were things used only by fancy people who wanted to tastefully decorate their double French Doors. All my life we had blinds to keep out the light (and peeping Toms) but no one I knew had curtains. What’s the point?

In New Zealand, curtains do more than keep the outside world away; they are a big part of your house’s insulation.

Instead of just investing in double pane windows, Kiwis will literally spend thousands of dollars on curtains to help keep in the heat. If you’re picturing those cheap Ikea curtains get that thought out of your head right now.

This is New Zealand. Everything is second hand and everything is expensive, even if it’s ugly. 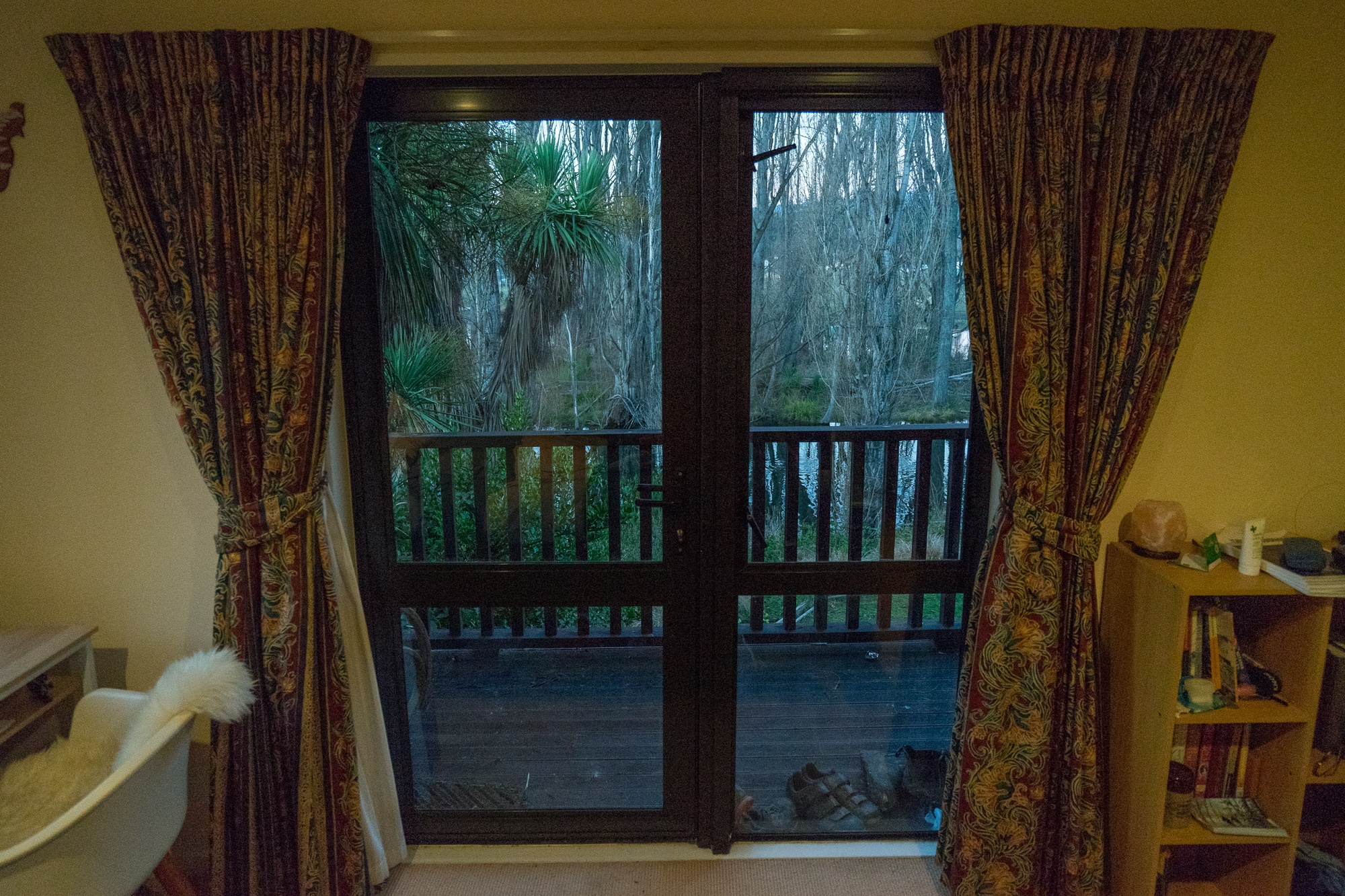 Once you’ve determined a plan of action to keep your heat inside, you’ve got to figure out how to get the heat in the first place.

Luckily in Wanaka, we are allowed wood burning stoves and fireplaces although many parts of the country (I’m looking at you Christchurch) aren’t as lucky. If you’ve got a wood burning stove, you basically need to get your firewood order in the dead of summer when icy winter nights are the last thing on your mind.

Suppliers run out here so unless you want to pay an extreme premium, you’ve gotta get that wood well before you think you need it. And you want to make sure you have time to dry it out – no one wants wet wood in the middle of winter. 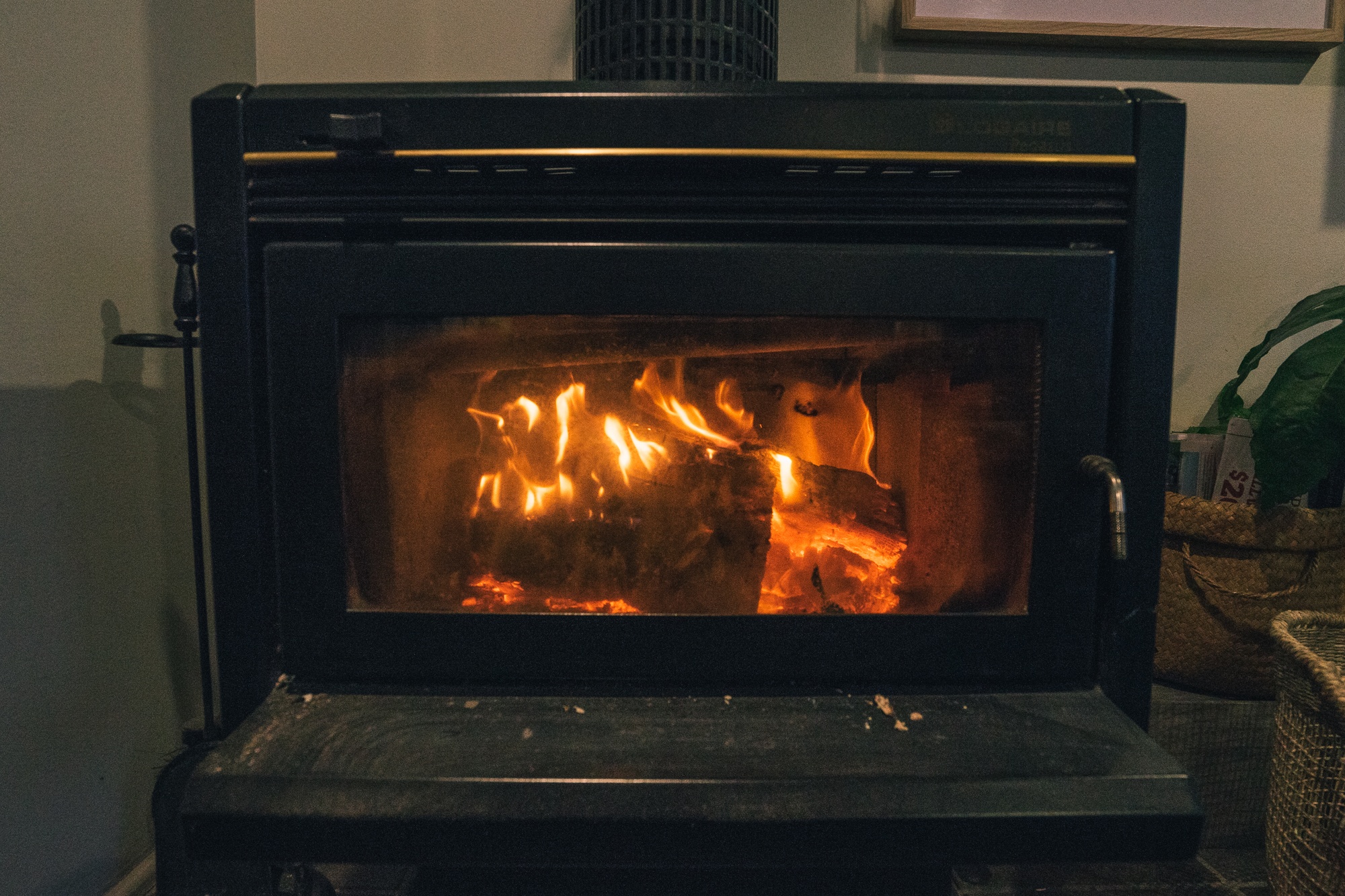 If you’re in a warmer house (i.e. good insulation and double pane windows – you lucky bastard), you can get away with fewer meters of wood but if you’re in a dungeon that receives no natural light (like me), you’re going to need 6-9 meters of good dry wood to see you through the cold spells.

Our house spends nearly $1,000 a winter on wood and that doesn’t even count our other heating sources. Most houses around us use a lot of electric blankets and hot water bottles at night to stay warm.

If you’re one of the unlucky ones without a wood burning stove, you’re most likely using a heat pump or plug-in radiators. As you can imagine, that ain’t cheap. And because there’s central heating that distributes heat through a series of connected pipes, only the room with the heat source is going to be warm which brings me to…. 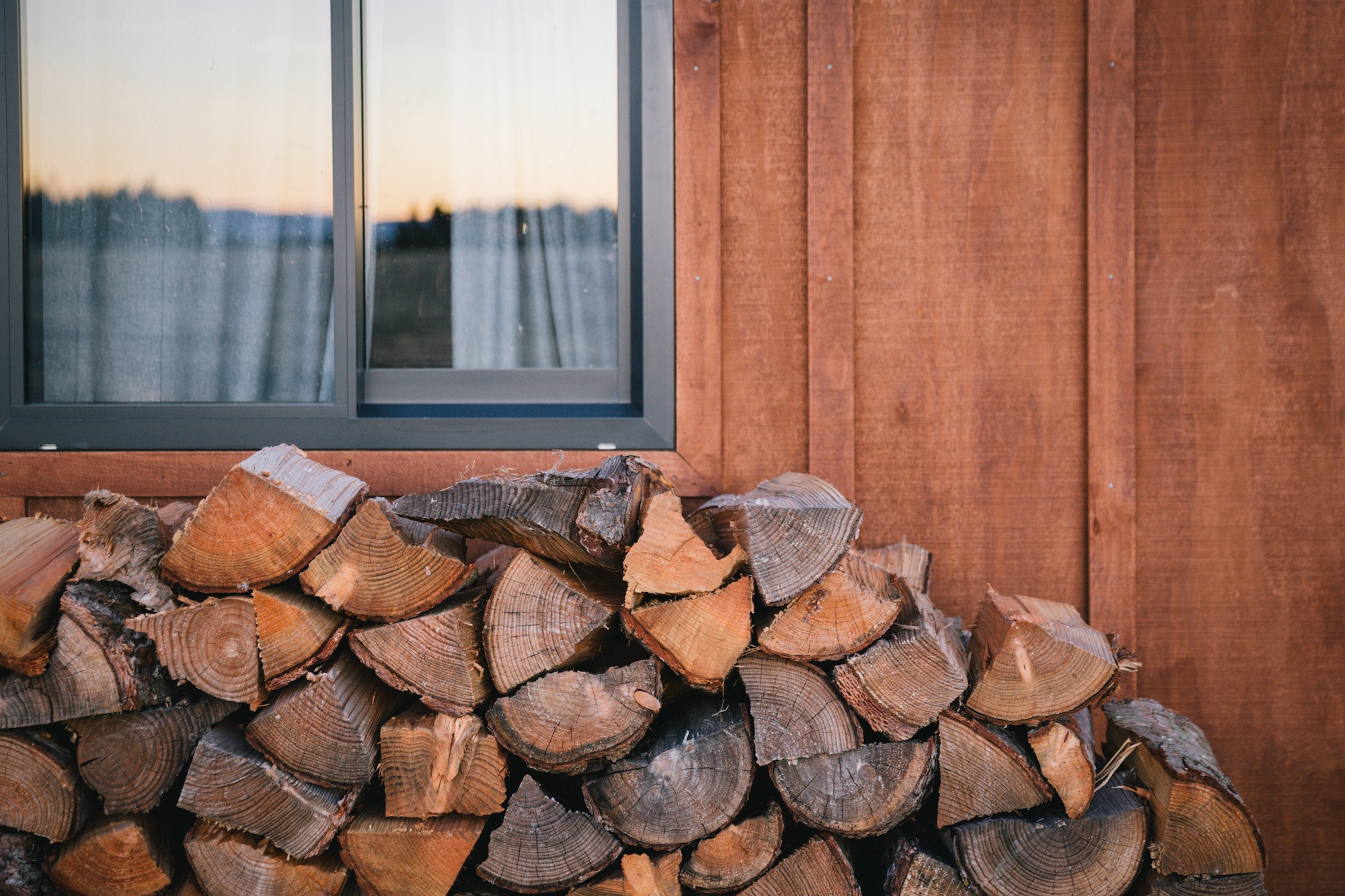 4. The absurd amount of doors

I live in a 3 bedroom house with two bathrooms and there are at a minimum 10 internal doors.

I’m not even counting doors to closets or storage spaces, just doors that connect our living spaces. There’s the outside door that lets you in. Then there’s another door a few meters after that to REALLY let you into the house.

Then you have the door to the hallway which connects to the doors to the toilet, bathroom, and bedrooms.

Oh and don’t forget about the door at the top of the stairs.

It’s the classic old school Kiwi way of instead of just fixing the root problem, they place a bunch of bandaids it hoping the patch job will work. Seriously, if New Zealand just took all of this money they spend on internal doors and invested them into proper insulation, maybe I wouldn’t be having this rant at all.

They do this, of course, to keep the heat in the rooms they want to keep warm. New Zealand heats their houses according to which rooms they anticipate spending time in.

Those rooms are usually the living room and a bedroom but almost never the toilet or bathroom. If you’ve never had to put on a puffy to go to the bathroom and dreaded pulling your pants down to sit on an icy toilet seat, you’ve not been to New Zealand’s South Island in winter. 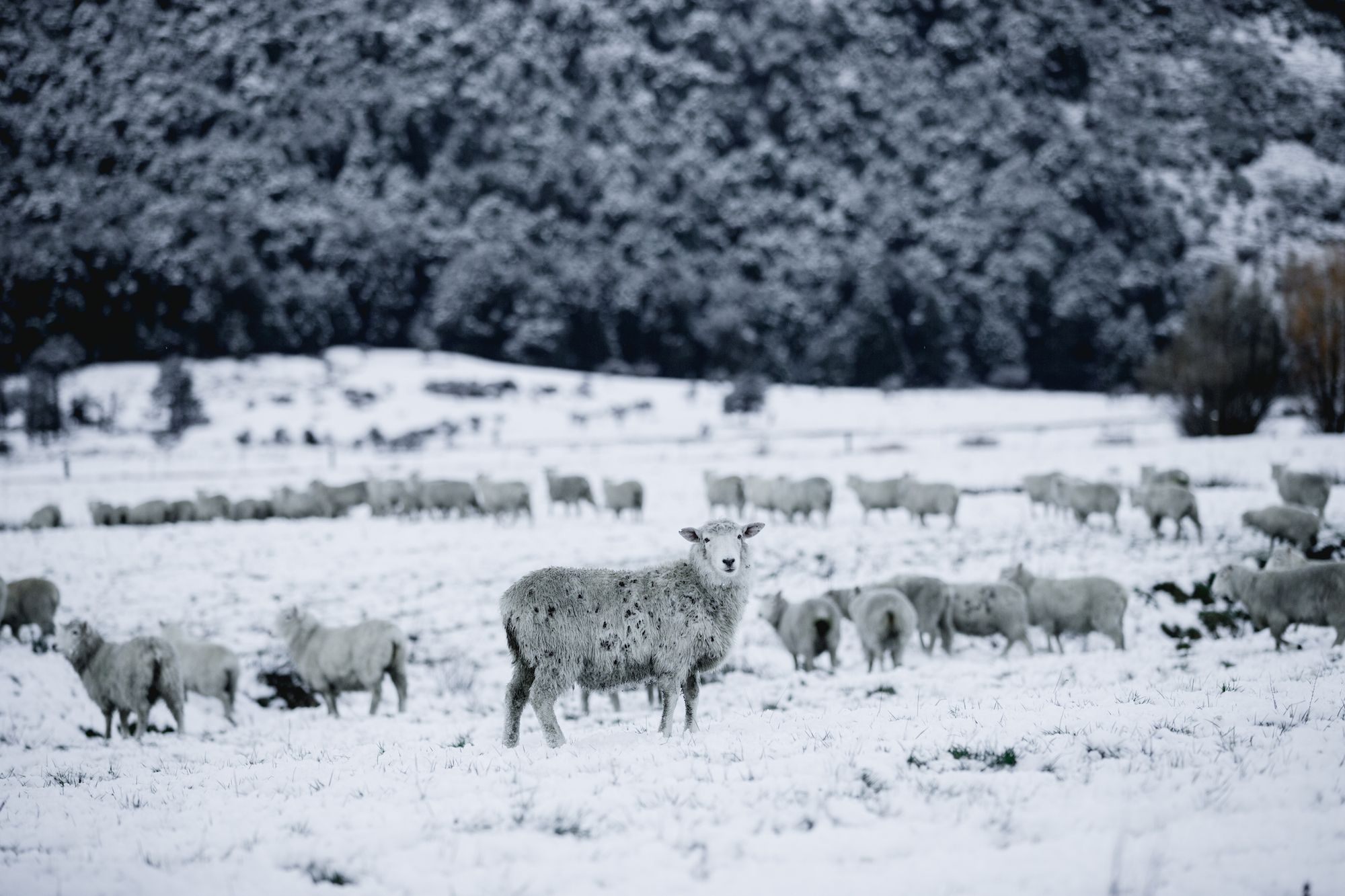 5. The “insulation” in quotes

Ceiling and underfloor insulation will be required by July 1, 2019. Wahoo about time!

That means for all of the 21st century, Kiwi homes have never been required to be insulated. The new requirements will also not affect wall insulation which remains non-compulsory. Damnit!

The new code will require houses to meet a certain “R-value” based on where the house is located. Our house, which meets code, is insulated underneath with some styrofoam cutouts shoved into the base of the house. Needless to say, we spend most of our winter in thick wooly socks and hearty slippers. Sweet. 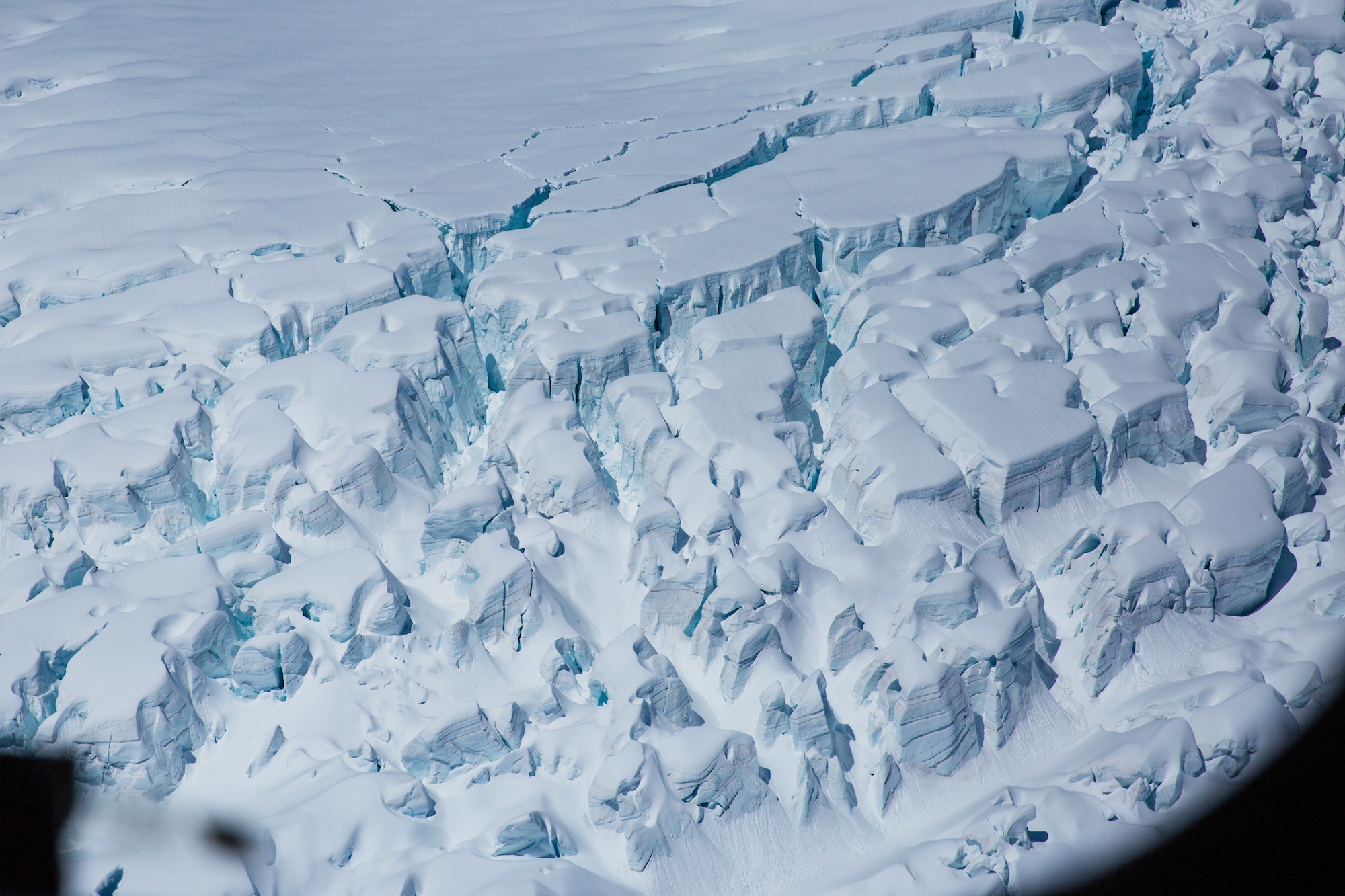 It’s long been the Kiwi way to shut up and deal with it.

This wee island nation at the bottom of the world has long become accustomed to making life work with fewer resources. No one likes a complainer and in Kiwi culture, being tough and having a blasé attitude towards hardships is highly coveted. So it’s no surprise that the country has been slow to change.

If you’re cold, you just put on another layer. If you’re not wearing your puffy jacket inside, it’s surely not that cold. And who even are you if you don’t have at least two duct taped patches on your old puffer? 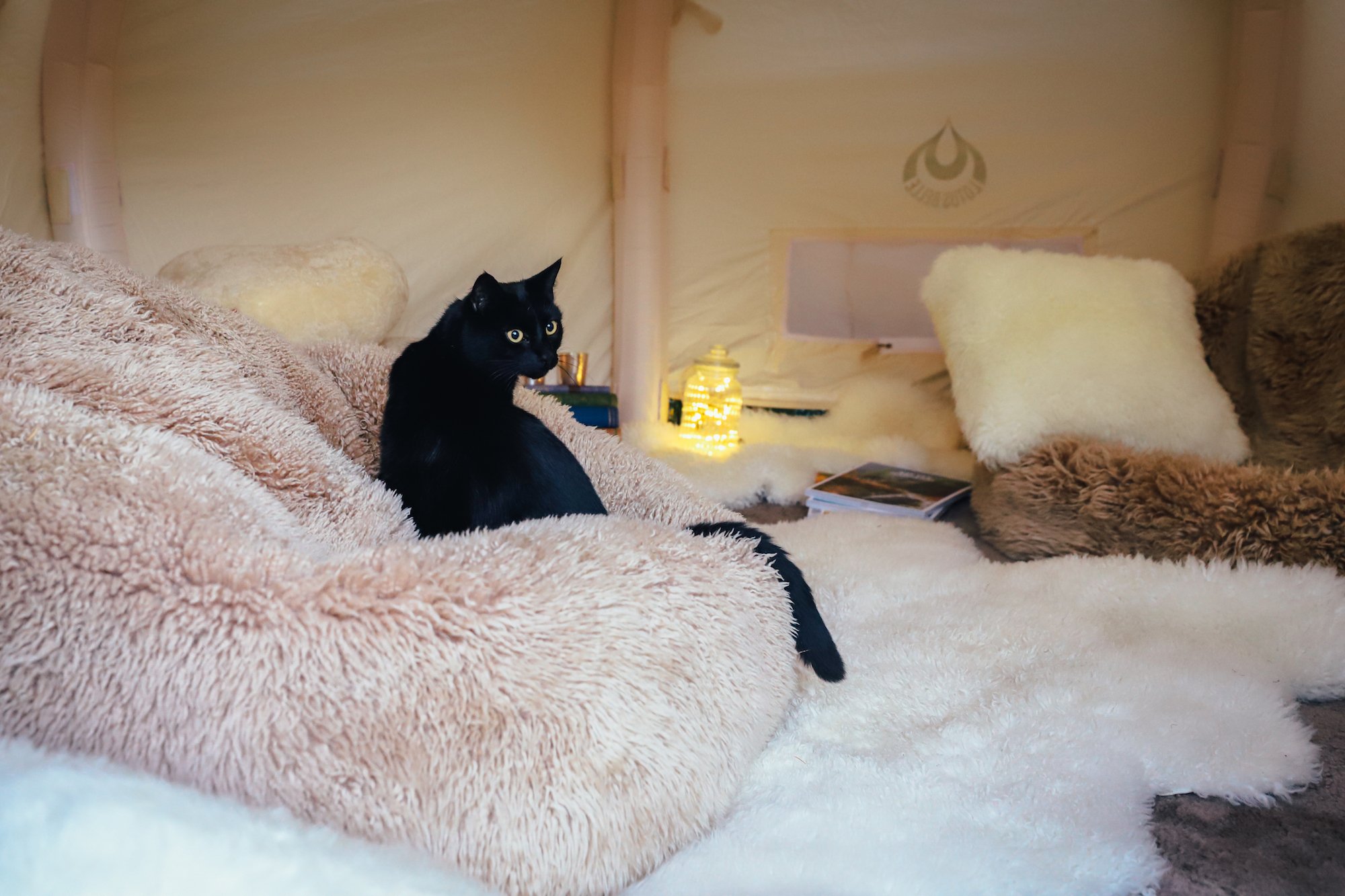 Most Kiwis will tell you heat management is better now than in the “olden days.” Even though it’s still incredibly common to see your own breath while eating your breakfast. Or heaven forbid melting the ice off the shower curtain before you jump in.

So if you find your Kiwi friends slipping into grandpa mode and telling you how bad it used to be back in their day, just smile and nod your head. You’ll never break down a stubborn Kiwi, especially one who grew up with an outdoor toilet.

Despite my frustration and eternal inability to keep warm in the winter, it’s important to keep this rant in context.

I’ll forever be working on “un-doing” my American consumer mentality. 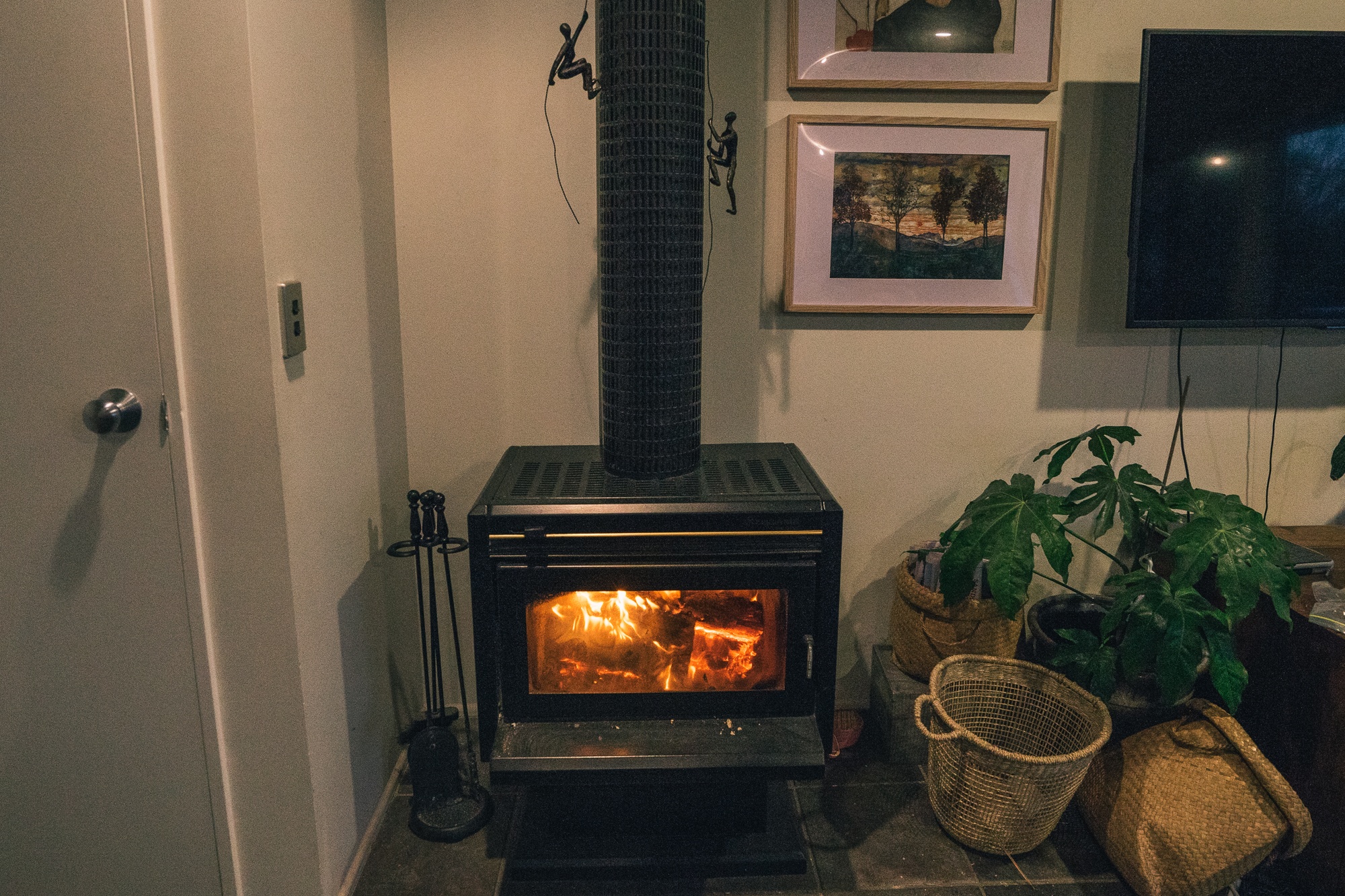 Living in a less than an optimally warm house has actually made me think about heat and energy; think in a way that I was never forced to think about it before. Nothing comes for free; that especially rings true when you’re a tiny island committed to making do with what you’ve got.

New Zealand is constantly working towards making itself a greener, more environmentally conscious nation. With that comes the costs and expenses of renewable energy, just like anywhere else in the world. 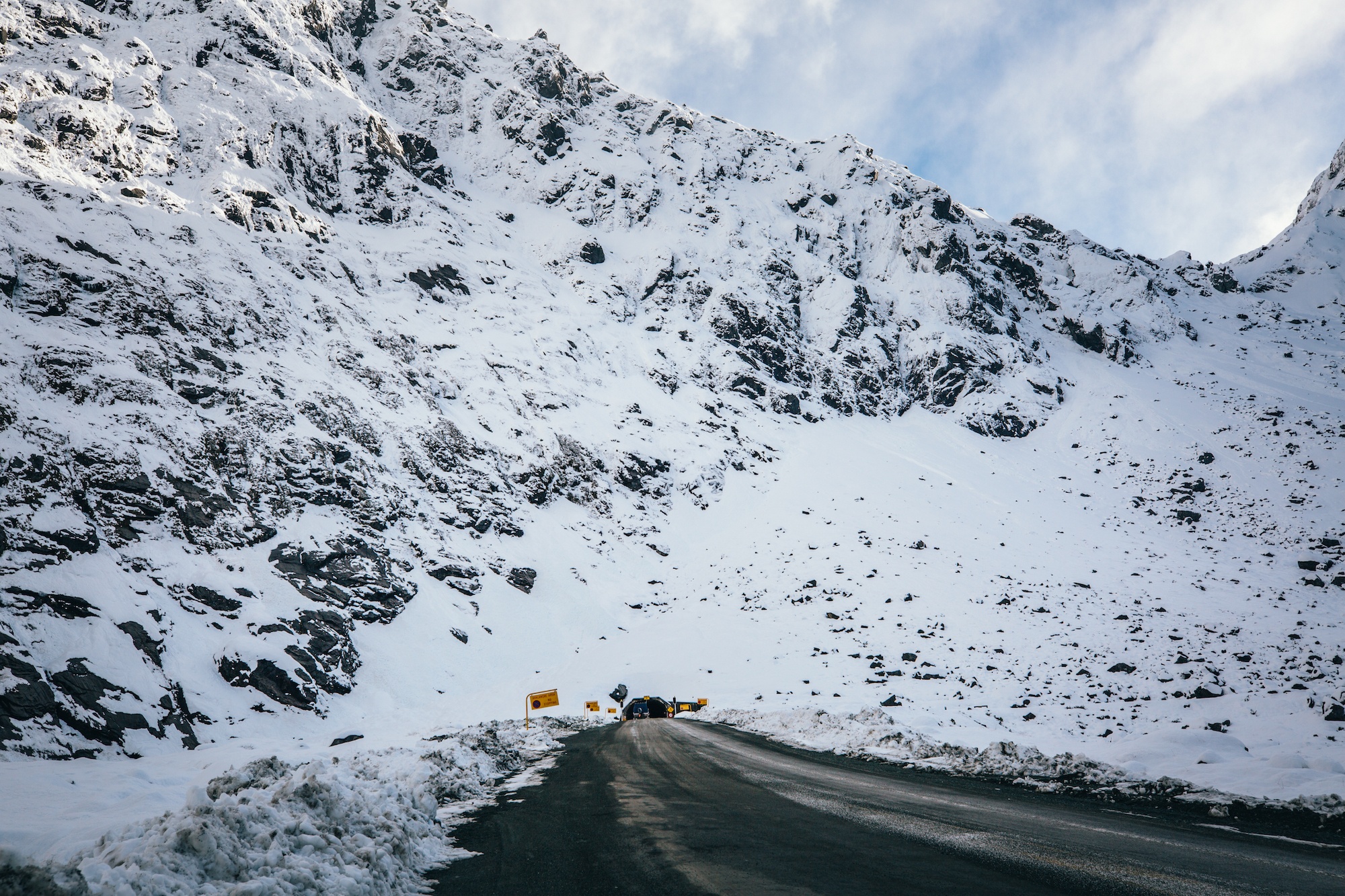 So yes, it may seem hypocritical of me to sit here and complain about a country I truly do love.

Despite my annoyance at being cold inside come wintertime, I’ll still support New Zealand and their shitty cold houses. Especially if it means they’ll continue to try and save the planet.

So as much as I’d love to stay and contradict myself further, I’ve got some condensation problems to tend to. Ciao!

Have you experienced a classic kiwi home in the winter? What are your thoughts on this? Share! 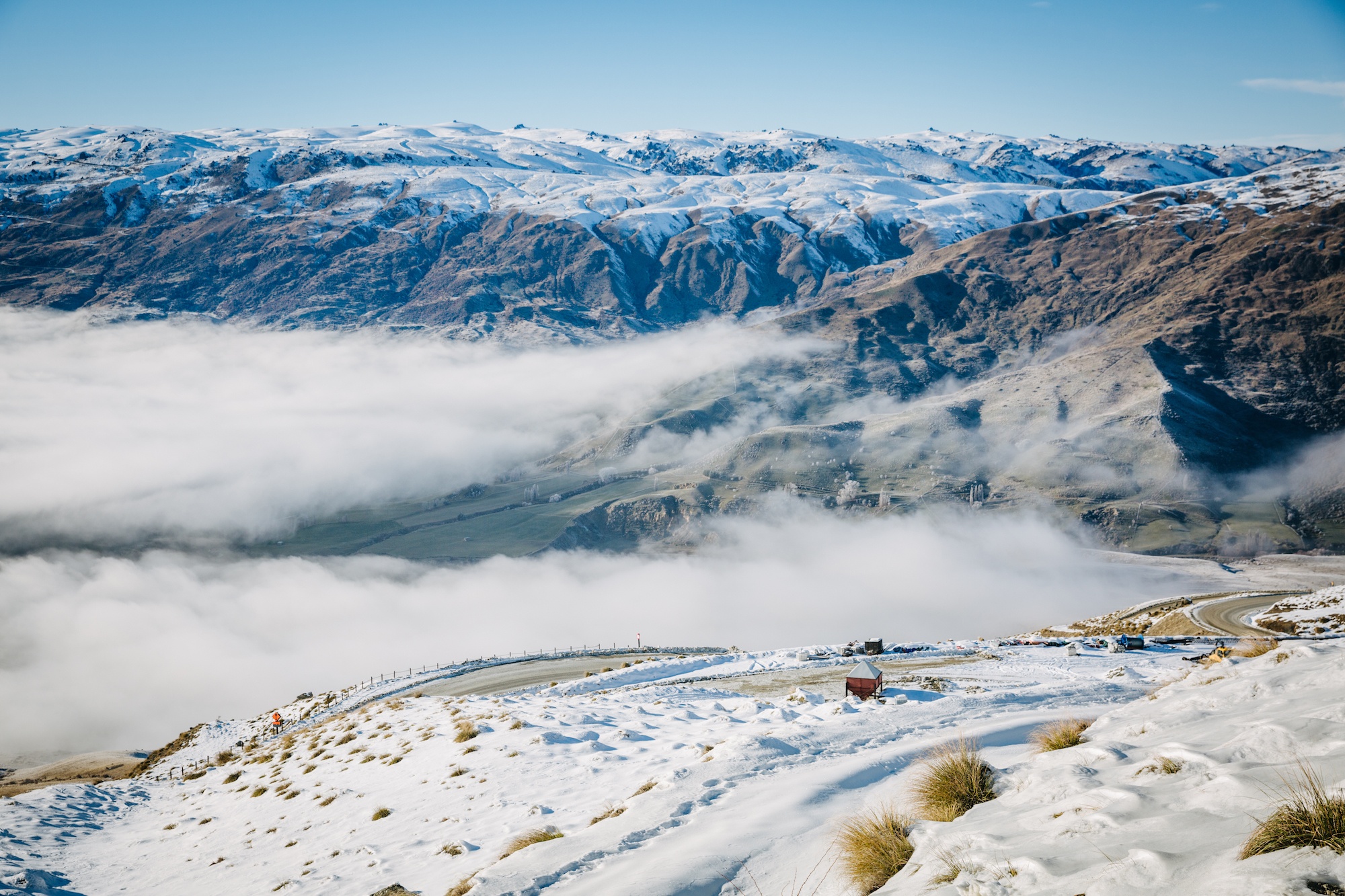 Written by Erica Clapp and was published on June 23, 2019 in Confessions, New Zealand, This will probably get me hate mail

53 Comments on “New Zealand houses are sh*tty and cold: a rant” 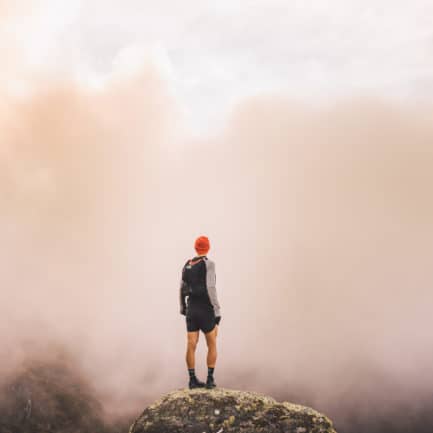 From how to build a good fire to possum hot water bottles, we…Read More 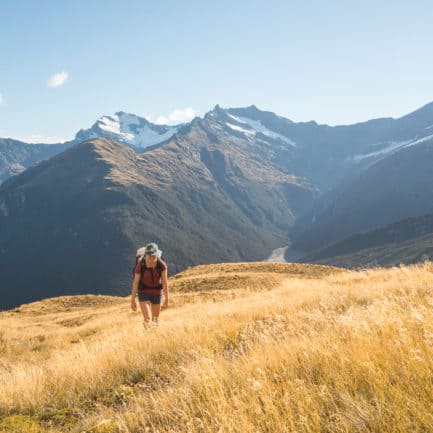 13 ways New Zealand is making the world a better place 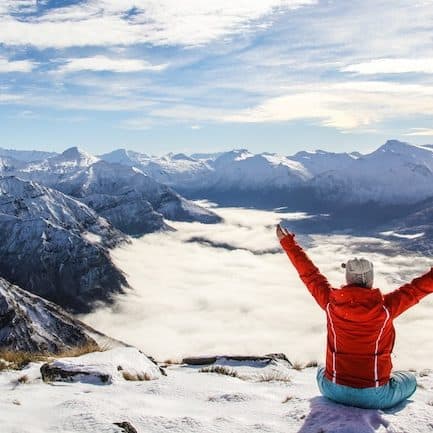 When I moved to New Zealand, I really thought I would be struggling…Read More
More travel stories