Home » Blog » Confessions » The grim reality of racism within India

The following is a think piece by YA contributor Neha Paranjape, a kiwi who was born in India. Currently living (stuck) in London as an expat, she dives into the current climate of justice for racial equality, sharing her thoughts, experience, and growth in an open conversation about racism within India.

Living in London during lockdown, my friends and I have zoom catch-ups all the time. Being stuck in an apartment in Central London during this time has been an exciting experience, not without its challenges. While we’ve been lucky enough to be allowed to take a walk outside, my apartment itself is tiny. It doesn’t have a balcony, and I haven’t been able to see my sister all, which is hard.

However, what has helped me immensely are the weekly zoom catch-ups with my friends (who also live in London); now, we can even picnic in the park. Baby steps.

As you can imagine, the topic of discussion during these catch-ups quite often is COVID-19 and how different governments around the world are responding. Some good, some not so good. Here in London, my group of friends is pretty much all from Australia. My sister and I are the only Kiwi representatives. Generally, we chat about how effectively Jacinda Ardern has handled the pandemic along with Scott Morrison’s strategies in Australia and then comparing that to Boris’ perplexing approach here in the UK.

This week as we settled into our usual chat, we didn’t once mention COVID-19. Instead, this week’s call was all about George Floyd and the Black Lives Matter movement. 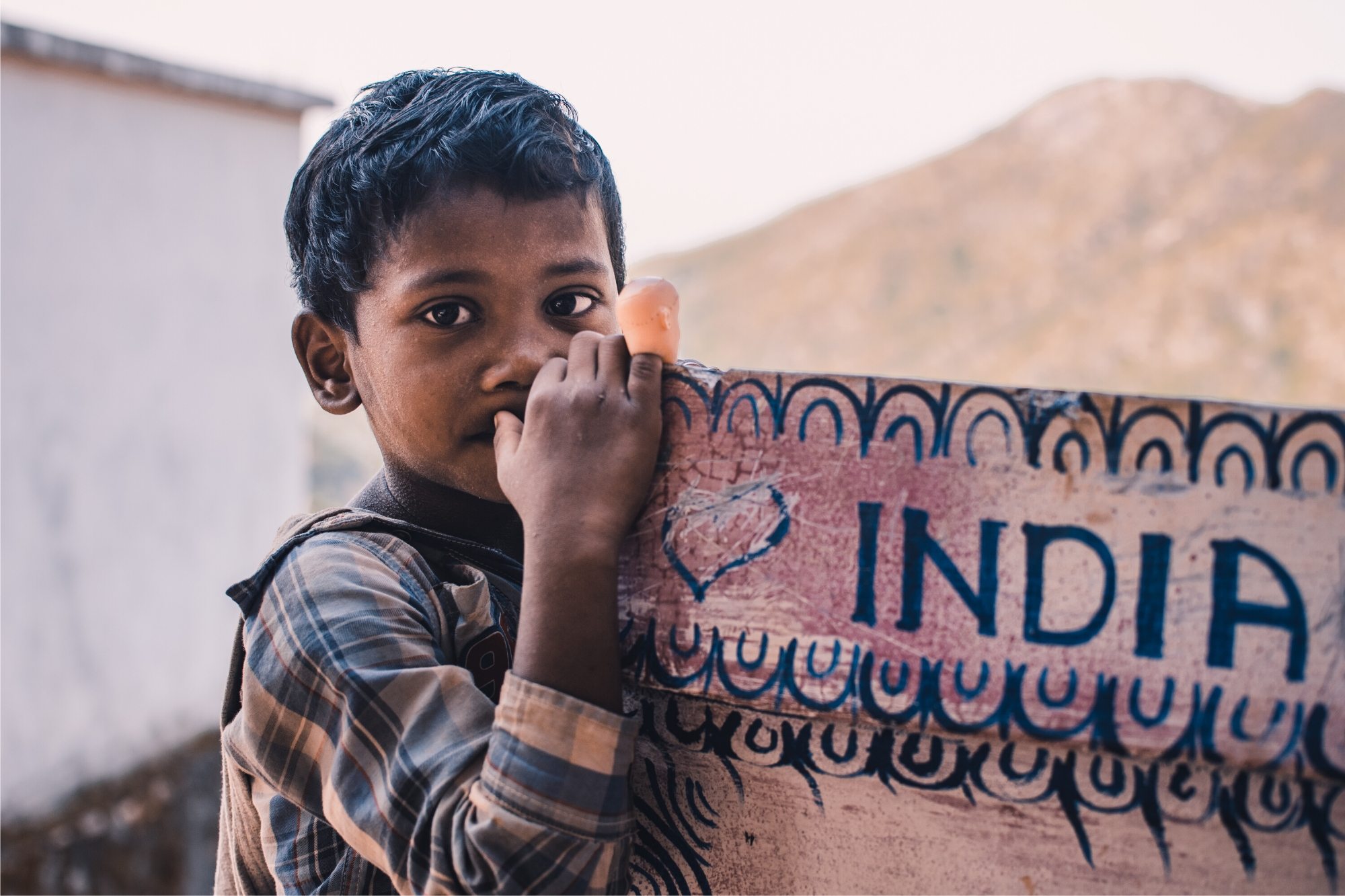 On Tuesday night last week, my boyfriend asked me why I hadn’t posted a black square on Instagram as he had seen all over his feed. All-day long, I had debated whether or not I should post the black tile or not. Eventually, I decided I wasn’t going to do it. Here’s why.

What happened to George Floyd, Breonna Taylor, Eric Garner, and many others were heinous crimes. Murder. Murder at the hands of the police. The police – they’re there to protect you, not harm you. There are no two ways about it.

As I processed what was happening in the USA and around the world – the outpouring of support that the Black community was receiving, the protests, the incredible Black Lives Matter movement – I realized how very little I ACTUALLY knew about Black lives. 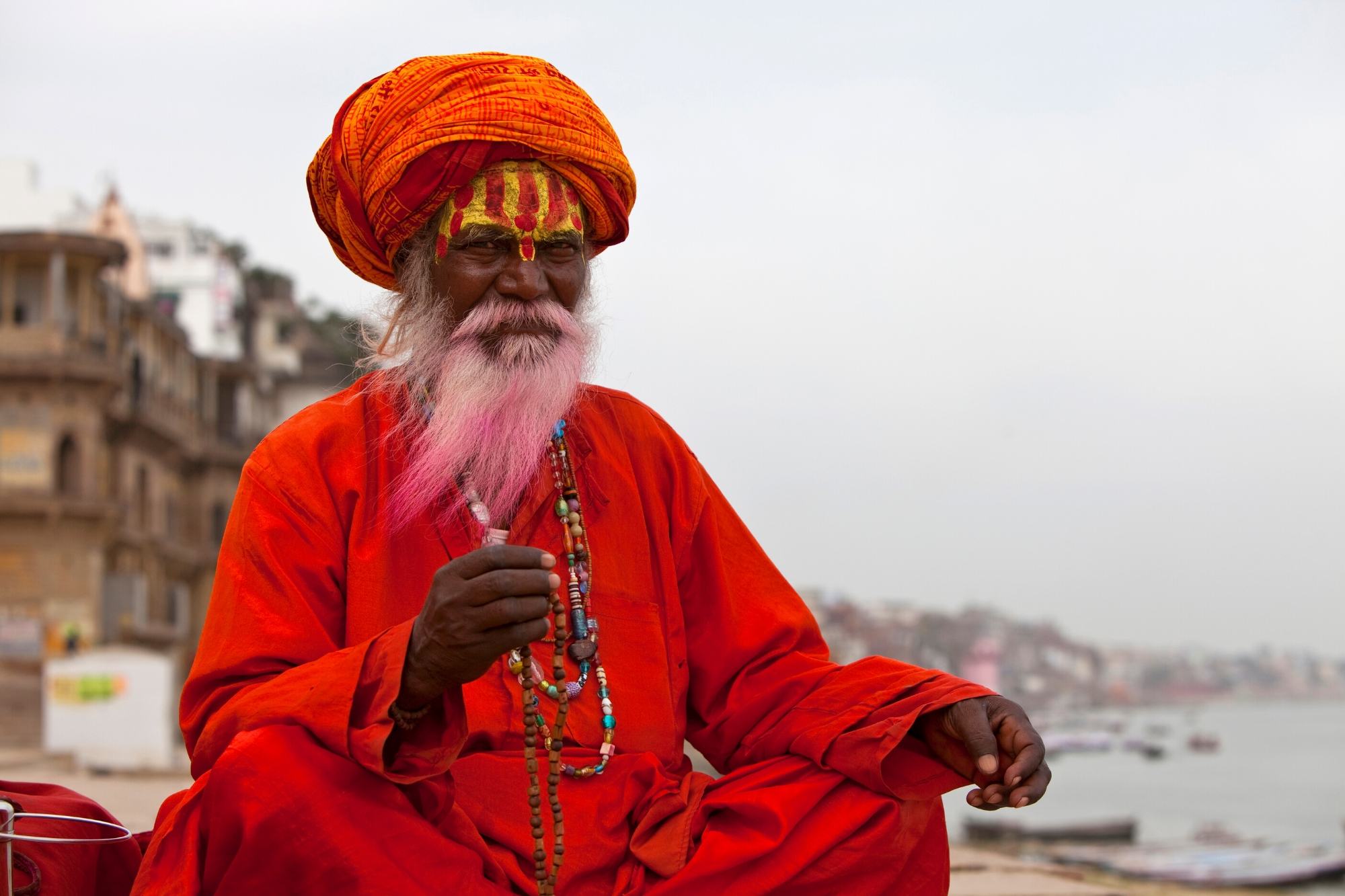 I know that there has been oppression right through history. However, I didn’t know nearly enough about the Black community and what they had endured. Often as a non-American, we aren’t as close to these issues.

And I knew about white privilege. Hell, as a person of brown skin tone living overseas, I have experienced it firsthand, and I’ve seen racism within India too.

Like many around me, I decided I would educate myself, learn about the oppression of Black people, the injustice, the police brutality. As I absorbed the news, the many Instagram posts, stories, videos, I truly realized how deeply rooted the issues are. Racism is a problem. Police brutality is a problem. Mainstream media is a problem. And with these discussions, posts, I realized we were merely scratching the surface. I didn’t just want to jump on the bandwagon to ‘fit in’ or ‘seem relevant.’

And that is why I didn’t post the black square. I knew deep down in my heart that unless I made a change in life offline, the black square would mean nothing online. So instead, I decided to share a beautiful image of artwork designed by Latasha Dunston and Teresa Baker. It’s called ‘In Solidarity.’

Artist Latasha Dunston beautifully described what she was trying to achieve with the design. She says, “I wanted to represent multiple skin tones within the solidarity fist showcasing unity. I also wanted to show a variety of foliage from around the country because, like plants, we are diverse, beautiful, necessary elements.” I love that.

This idea and thought process powerfully resonated with me because of my ethnic roots.

I’m Indian by ethnicity and a Kiwi by nationality. 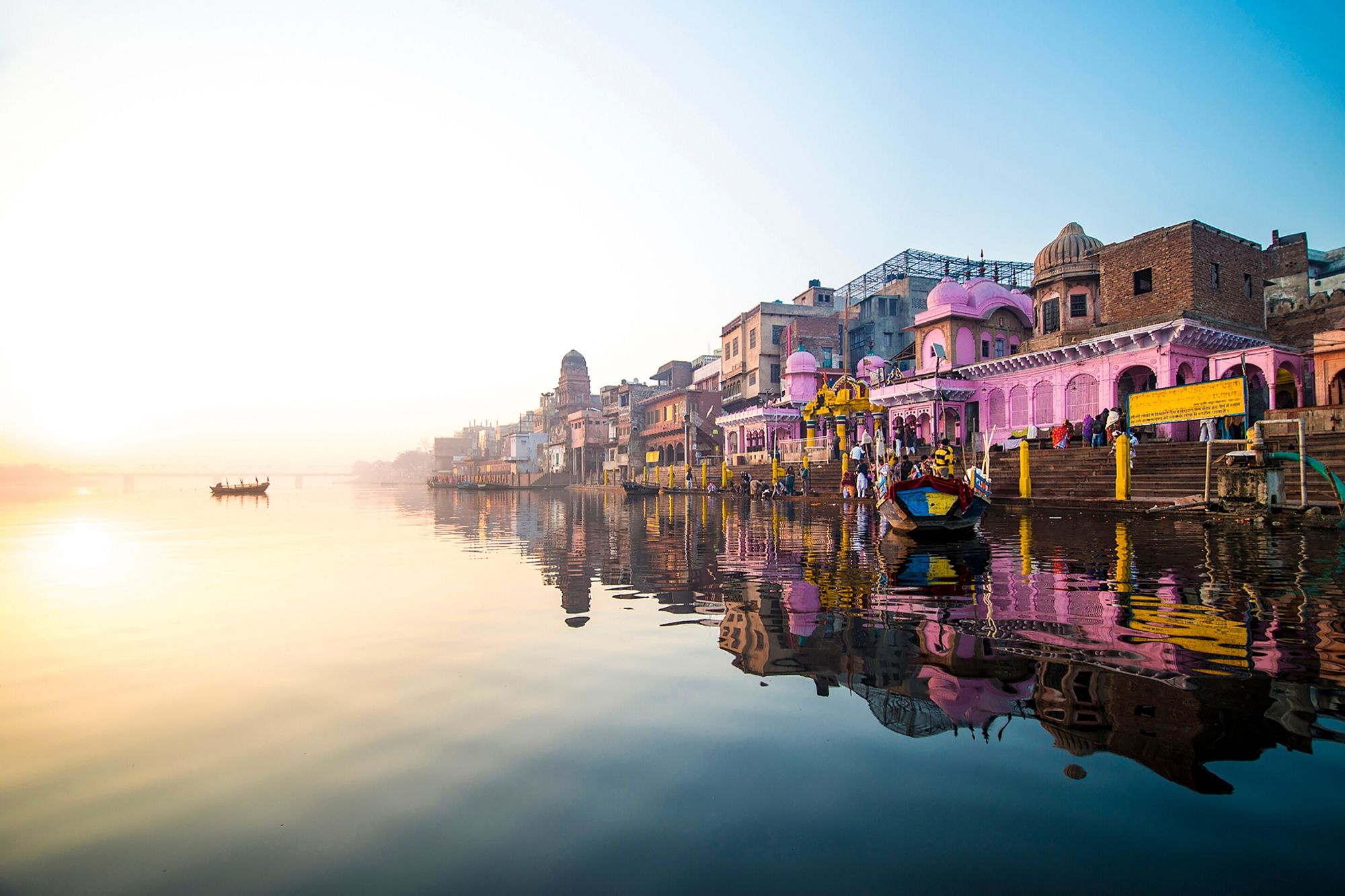 I am just as proud of my ethnic roots as I am of the nationality I have now embraced and made my own. I’ve spent half my life in India, in school until I was 15. I returned to India again for two years when I was 23.

Bollywood has been an intrinsic part of my childhood, and I’ve seen Bollywood stars being treated as Gods. The vocal support by some Bollywood celebrities for the Black Lives Matter movement got me thinking. Bollywood actors and actresses voiced their support for the action on Instagram, which is incredible and kudos to them.

However, these same celebrities were the ones seen endorsing skin-whitening creams. Irony? 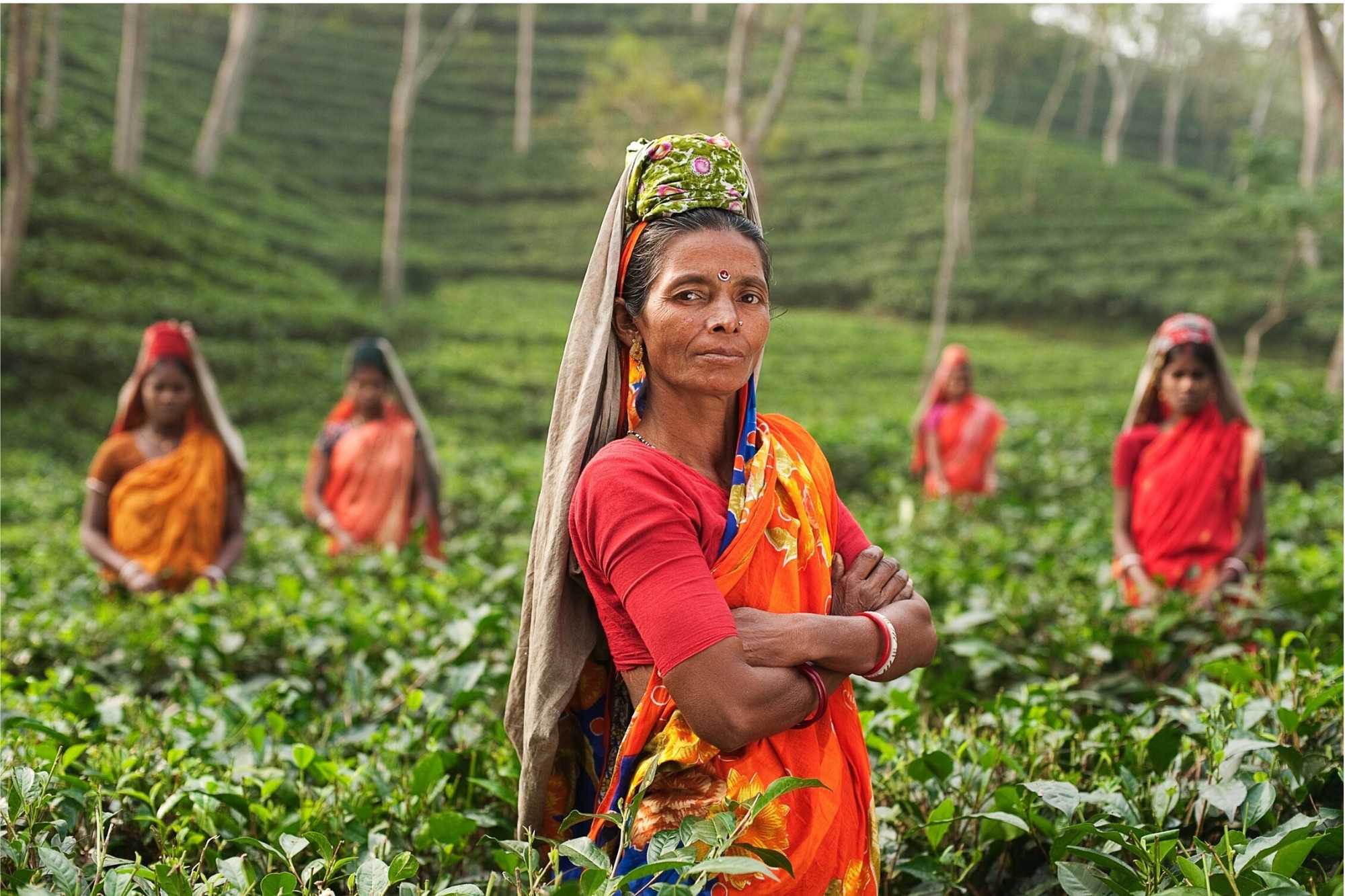 India has long had a strange obsession with fair skin tones.

Case in point: just look at matrimonial ads in newspapers and magazines in India. They generally read like this:

There is nothing wrong with matrimonial websites. They’re similar to dating apps where single men and women are looking for partners overseas. However, my issue is that these ads are an example of discrimination at its best – discrimination based on caste, creed, and skin tone.

Why are these attributes held on a pedestal instead of values like honesty, emotional intelligence, being respectful, openness? The racism within India is substantial.

Historically, India’s complicated caste system has been such that the lower caste was the working class; therefore, they spent their days outdoors undertaking hard labor. This meant having a darker skin tone because of exposure to sunlight. So a darker skin tone was associated with being in the lower class, whereas a lighter skin tone implied being ‘better off’.’

Besides, India was also ruled by the British Empire for a very long time. Three generations lived with the idea that white skin = superior and white skin = having more power.

Racism within India is still very much alive. What I don’t get is why Indians can get so worked up about racism in the US but ignore racism in their own backyard? 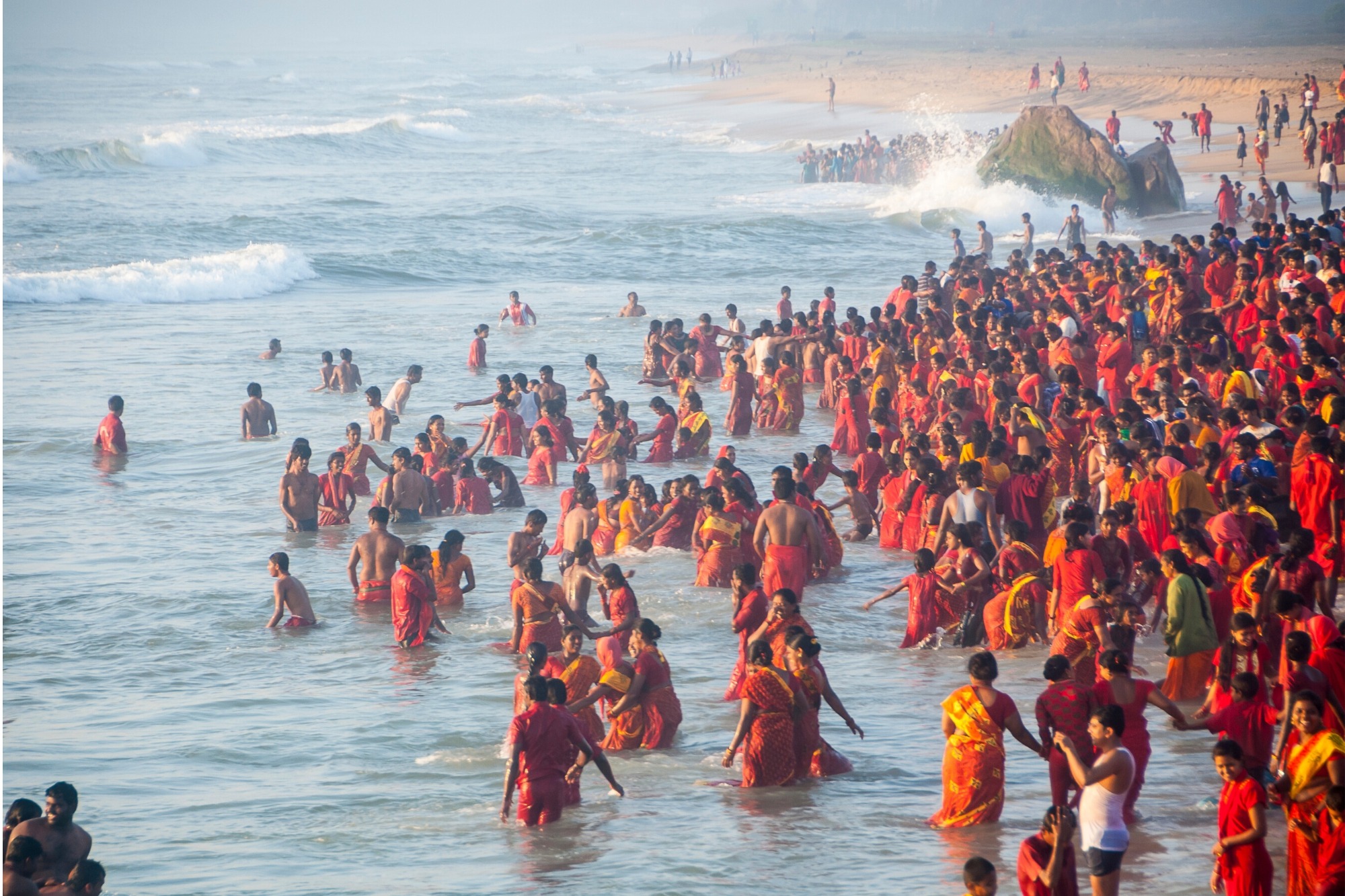 The media has had a considerable part to play in how ‘beauty’ was portrayed to the masses in India too.

Print media, TV ads, and Bollywood together portrayed beauty as anyone with a lighter skin tone.

While this is slowly changing, thanks to subtle messages like the scene in award-winning film Gully Boy, it does highlight that there is a particular perception of beauty ingrained in the minds of the masses and the fight for justice is not just white vs. black, it does exist in other cultures too.

However, what angers me is that men looking for a ‘fair, beautiful girl’ have no issues listening to 50 Cent or Kanye West’s music on their way to work. Indians who look up to Oprah Winfrey, Barack Obama, and Usain Bolt would have a problem if their daughter were to bring home a black guy.

Indians who have been vocal about their support for George Floyd and the Black Lives Matter were silent when an innocent Tanzanian man was attacked in Bangalore in 2017. 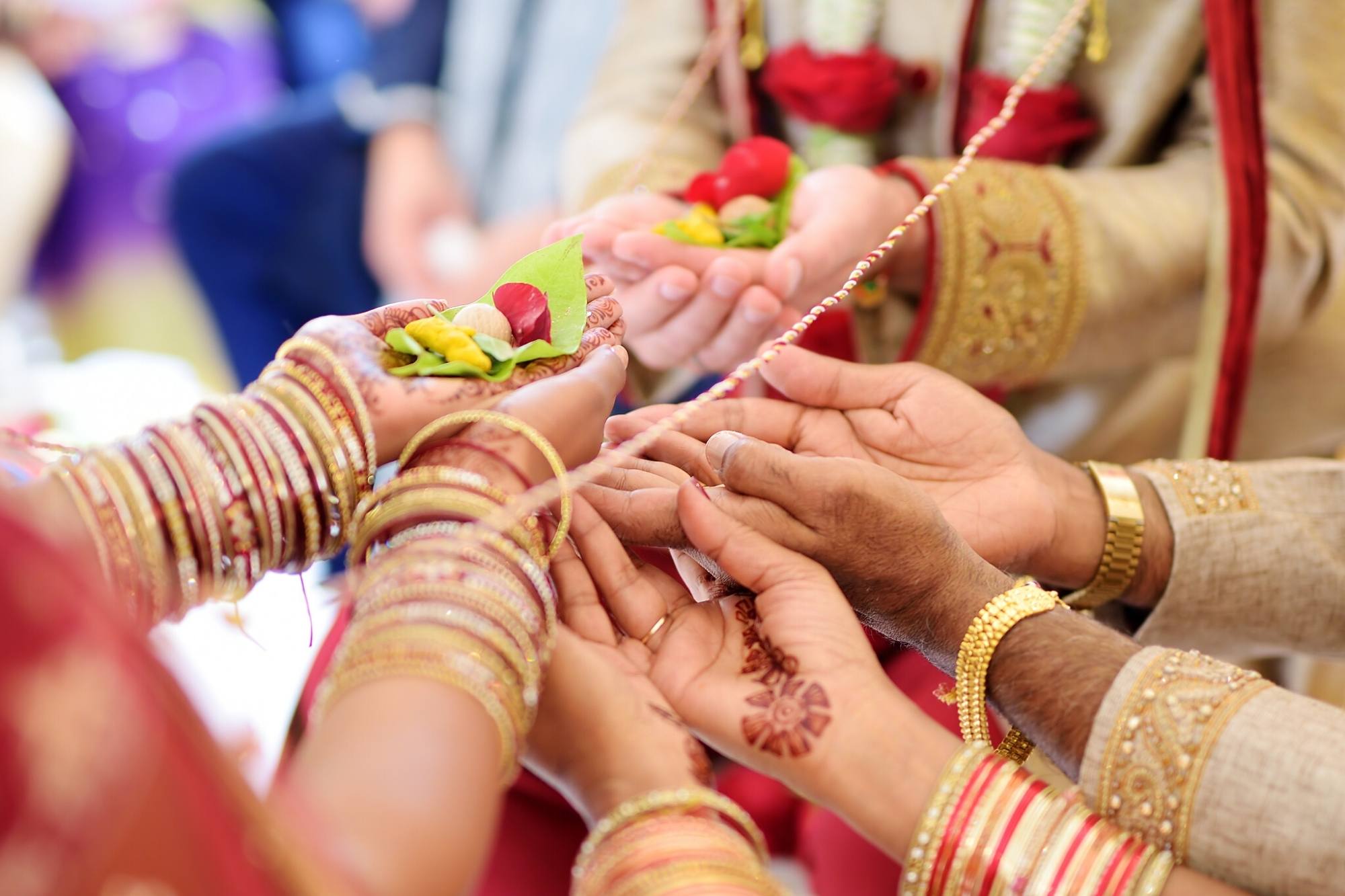 I’ve been trying to work out the reason behind this hypocrisy of racism within India. I have three questions here:

The irony has died a thousand deaths!

The irony brings me to the other point highlighted by the murder of George Floyd and the subsequent protests. What was it that made so many Indians raise their voice against police brutality in the USA but have chosen to remain silent about demonstrations in their own backyard? 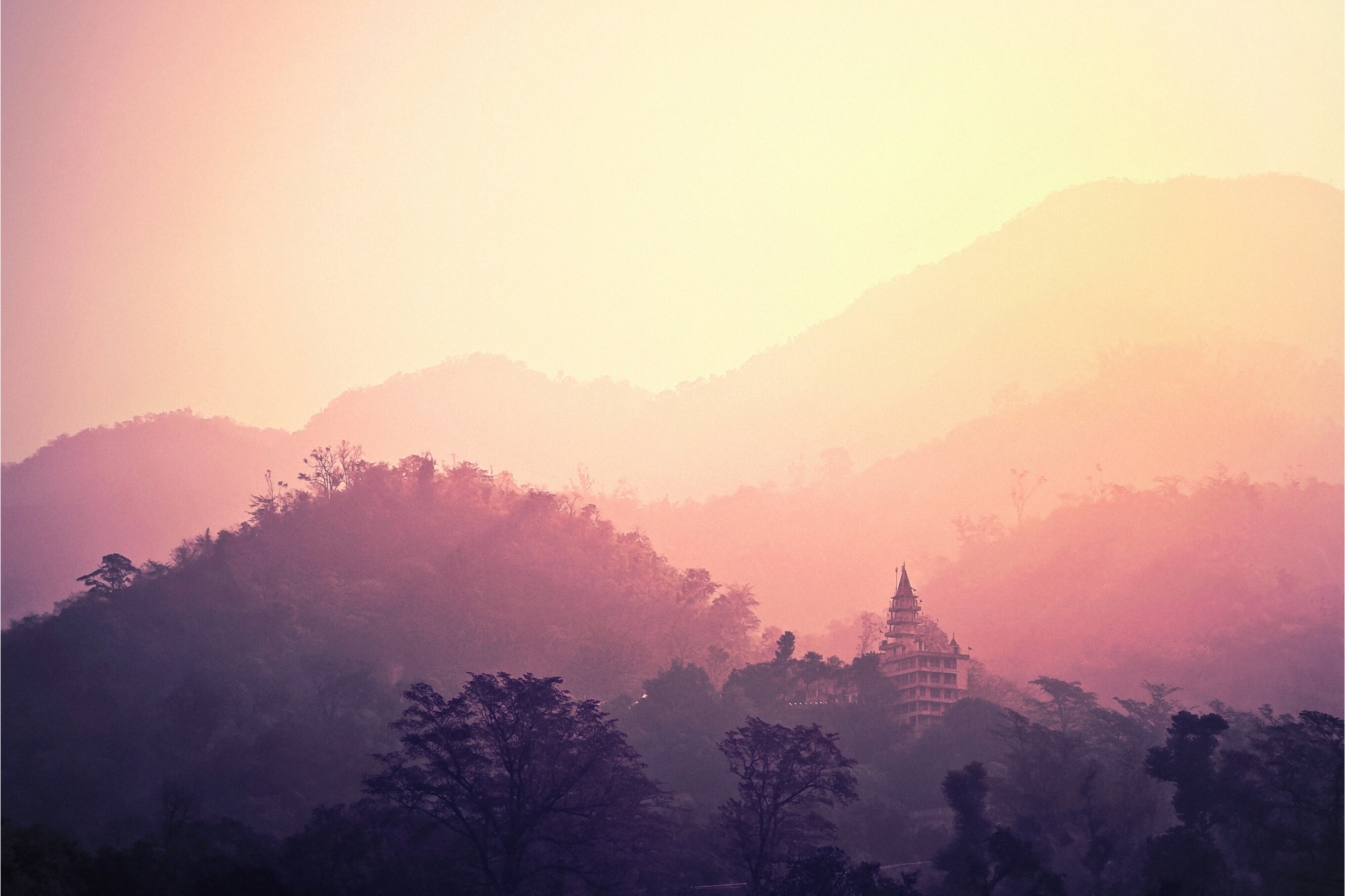 Faizan, a protestor in India’s capital New Delhi, died at the hands of the Delhi police while he was made to sing India’s national anthem. Where were the voices of Bollywood celebrities then? Does law enforcement in India need to undergo a reform? Is it still stuck in the ways that the British Raj introduced when they colonized India?

I honestly don’t know what the solution is.

However, I do know there are many things each one of us could be doing to bring about change. Like Mahatma Gandhi said, “be the change you want to see in the world.” It starts with us in our hearts. At home, with family. Then out in the world. 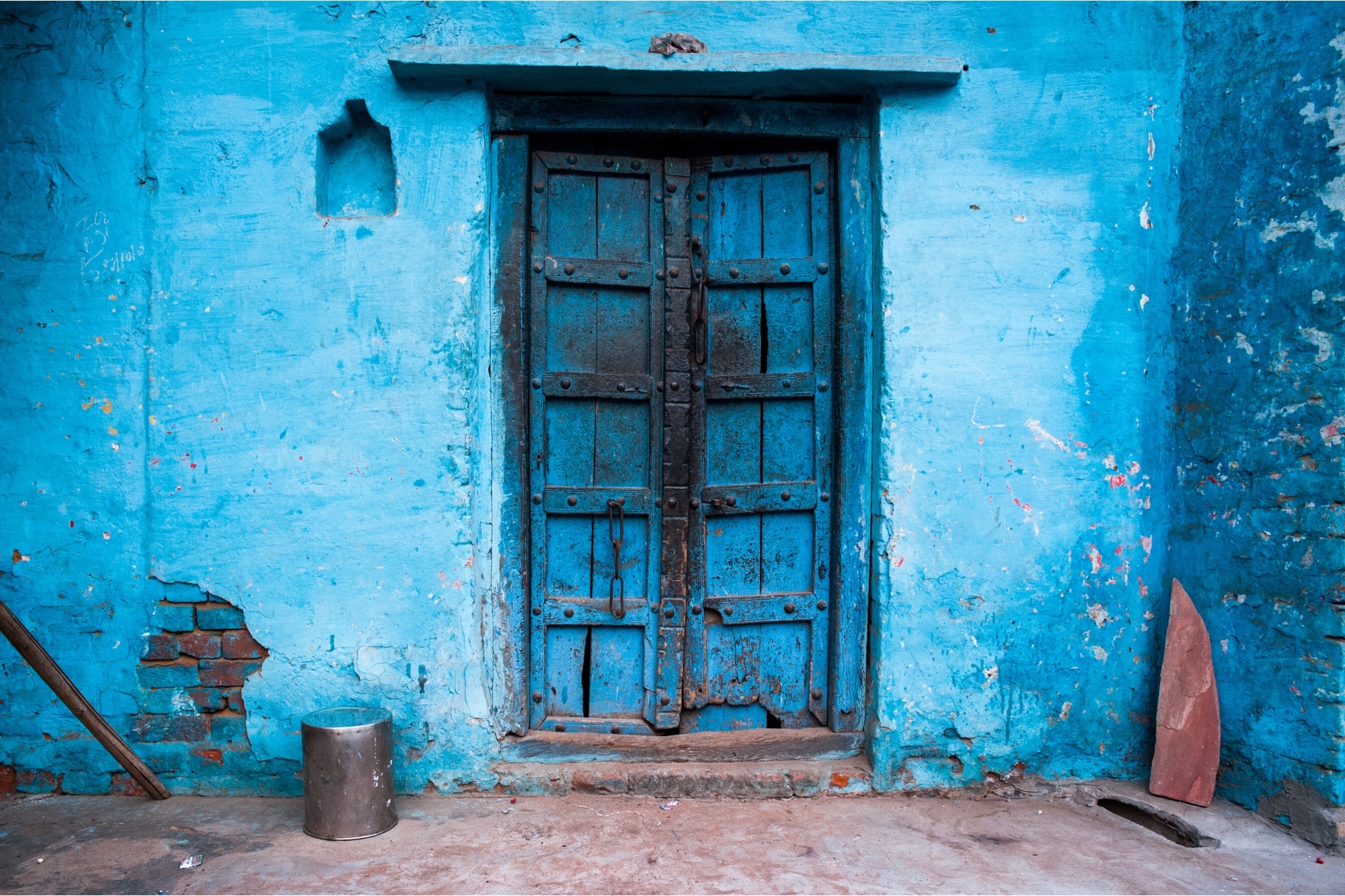 We must educate ourselves further about the issues faced by minority communities around the world and how we can help them.

We have to encourage open dialogue within our circle of relatives and friends as well as celebrities and influencers over uncomfortable topics.

Our right to vote is so important. Vote for the right officials at the local, state, and national levels. This allows for better lobbying opportunities and the right way to channel the support and voices garnered through protests.

I hope the youth of India takes this opportunity to dig deep and help change the historical narrative of what beauty is. The next time someone posts a matrimonial ad looking for ‘a fair, beautiful girl’ or a ‘handsome, fair man’, they think twice about those words. I believe that the youth of today that is well-traveled, has incredible exposure, will be able to have a conversation with their parents about unlearning the norm with the caste system, about embracing our differences.

Even being able to have a conversation about racism within India would be a great start.

The next time a white person looks at me and says “You said you’re from New Zealand, but you don’t look like a Kiwi,” instead of being defensive and responding with “what does a Kiwi look like to you?” which I have done in the past, I will try to educate that person instead.

In my sister’s words, I will try to explain that New Zealand is a diverse country with people from many different ethnic backgrounds who have now made New Zealand their home.

If these words even start a conversation among your friends or family, then I take it as a great start.

The Black Lives Matter movement is a necessary means to educate the citizens of the USA and the world. Let that help bring about change in your own country. Being silent is not the answer. Speak up, have your say. Vote and educate yourselves. Bring in more diversity into your homes with the music you listen to, the movies you watch, and the books you read. Donate if you can.

It starts with us. It starts now.

What do you know about racism within India? What have you un-learned during the current race conversation. Share your thoughts below. 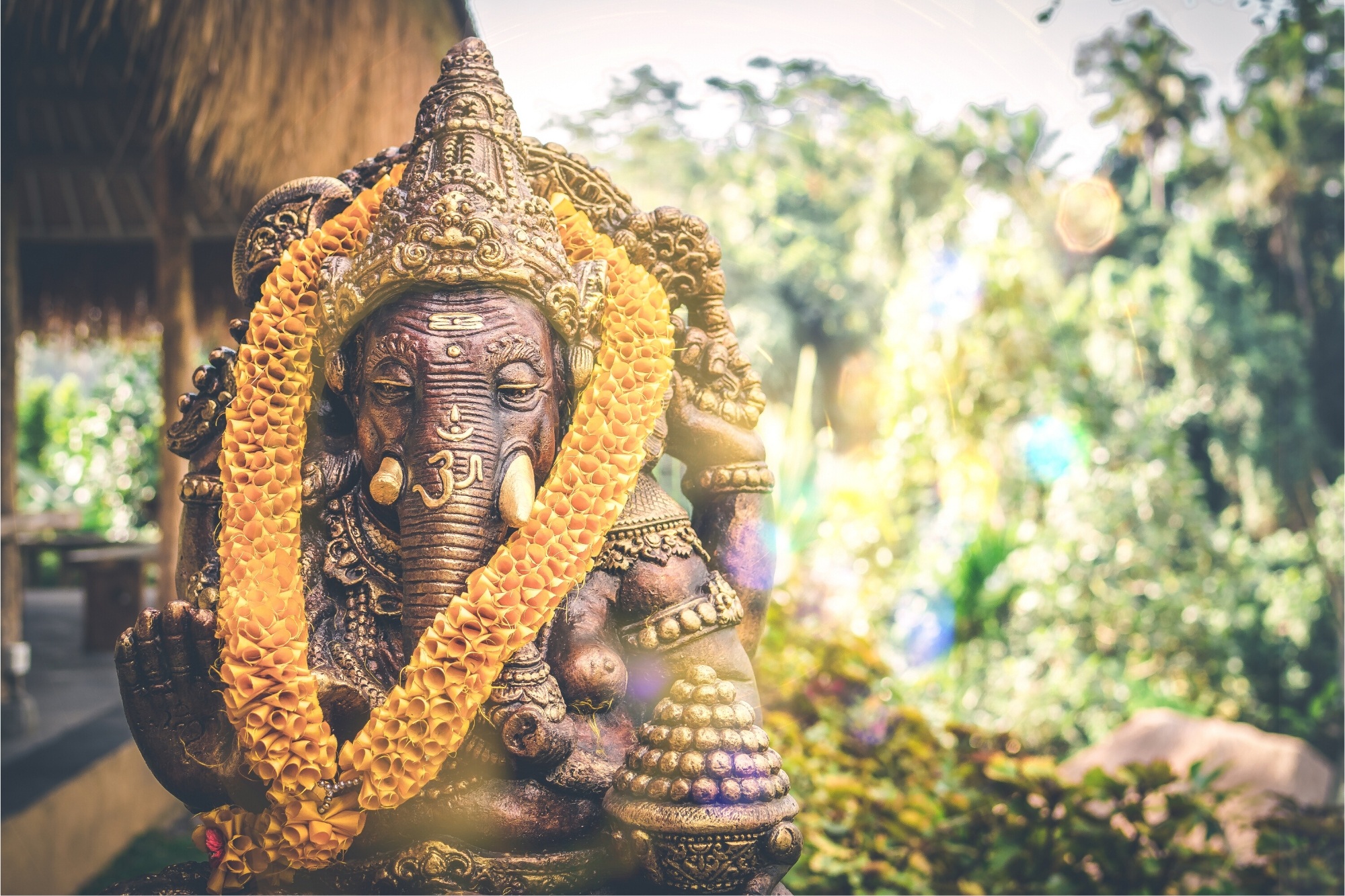 Written by Neha Paranjape and was published on June 12, 2020 in Confessions, Musings

13 Comments on “The grim reality of racism within India” 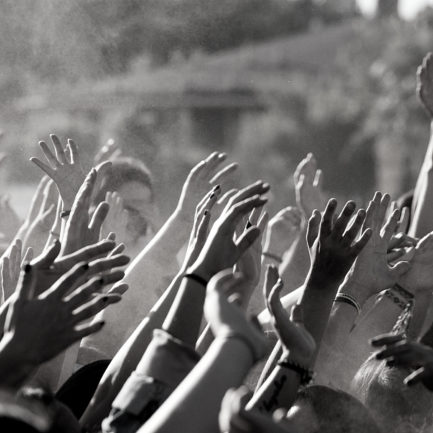 The uprising we could all see coming - BLACK LIVES MATTER 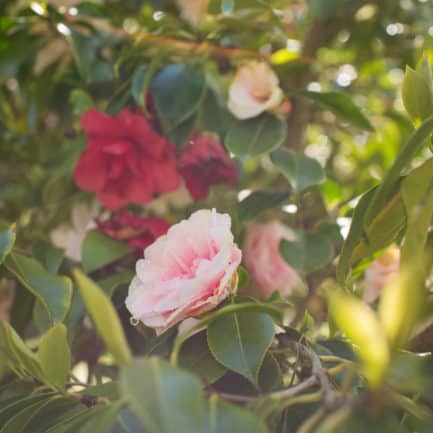 When I sit down and really think about it, I seemingly grew up…Read More 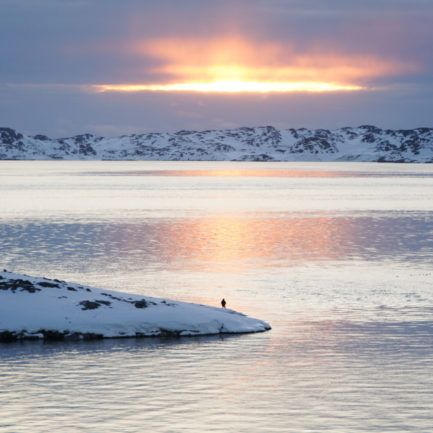