The words pandemic and lockdown filled my screen. I had just turned my phone on for the first time after five days of dogsledding Greenland’s Arctic Circle Trail in subzero temperatures with no service. There was still over an hour to go before I would reach anything resembling warmth, let alone WiFi. But on the outskirts of our final destination, my phone was picking up enough of a signal to trigger an onslaught of messages.

“The world is burning.”

“Can you leave Greenland??”

My friends and family were, to put it lightly, freaking out. 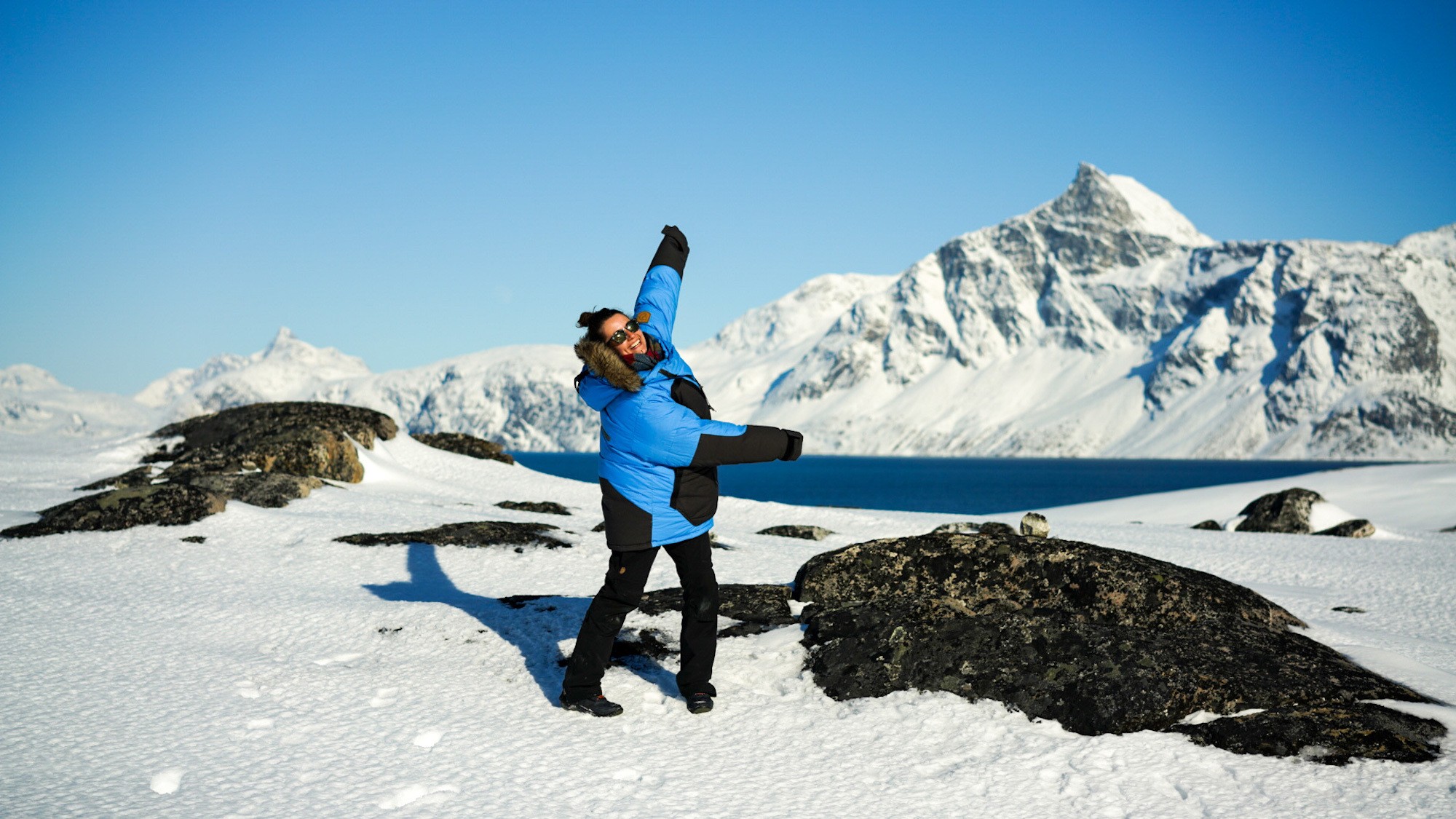 Before I set off on the dogsled, the Greenlanders I spoke to shrugged off the coronavirus like a baseless rumor. When I re-entered civilization and cell phone service, I tried to absorb in minutes what the rest of the world had experienced over the course of five days.

COVID-19 was now a pandemic. Italy was on lockdown. Denmark had closed its borders. Trump announced a European travel ban, and toilet paper was the hoarders’ item of choice.

My mind was still reeling as I checked into my hotel unprepared to experience Greenland during a pandemic, eager to warm up. I needed to be reminded several times to stay behind the freshly placed yellow warning tape in front of the reception desk. Were there always this many hand sanitizers around? At breakfast the next morning, I choked on a sip of water, and my hacking coughs inspired more than one accusatory glare. 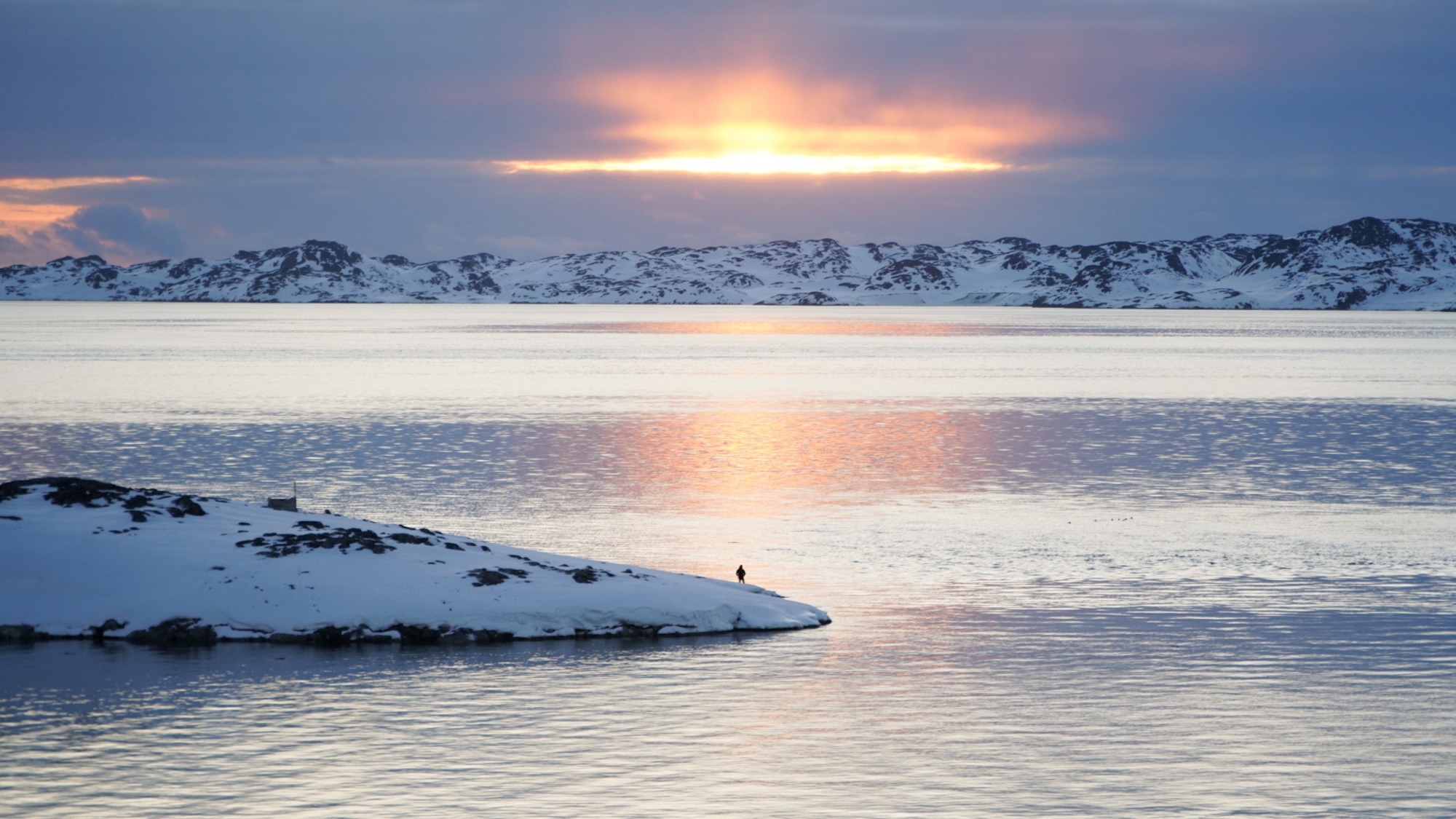 If getting off the dogsled felt like entering a parallel universe, trying to understand all of the breaking news was like solving a Rubik’s cube. Every new twist brought about another obstacle to contend with.

I was scheduled to leave Greenland in less than two days. My journey back to Boston in the USA would take me through two European airports over three days. Three days in coronavirus-world? It seemed likely that these airports might not even be operating by the time I reached my second layover.

An hour before my flight left, I decided not to get on it. At first, my decision was about waiting for clarity. But as the week continued, the only thing that became clear was that no one knew what would happen next as I began to experience Greenland during a pandemic.

COVID-19 was spreading rapidly, and the consensus seemed to be: stay home if you can. 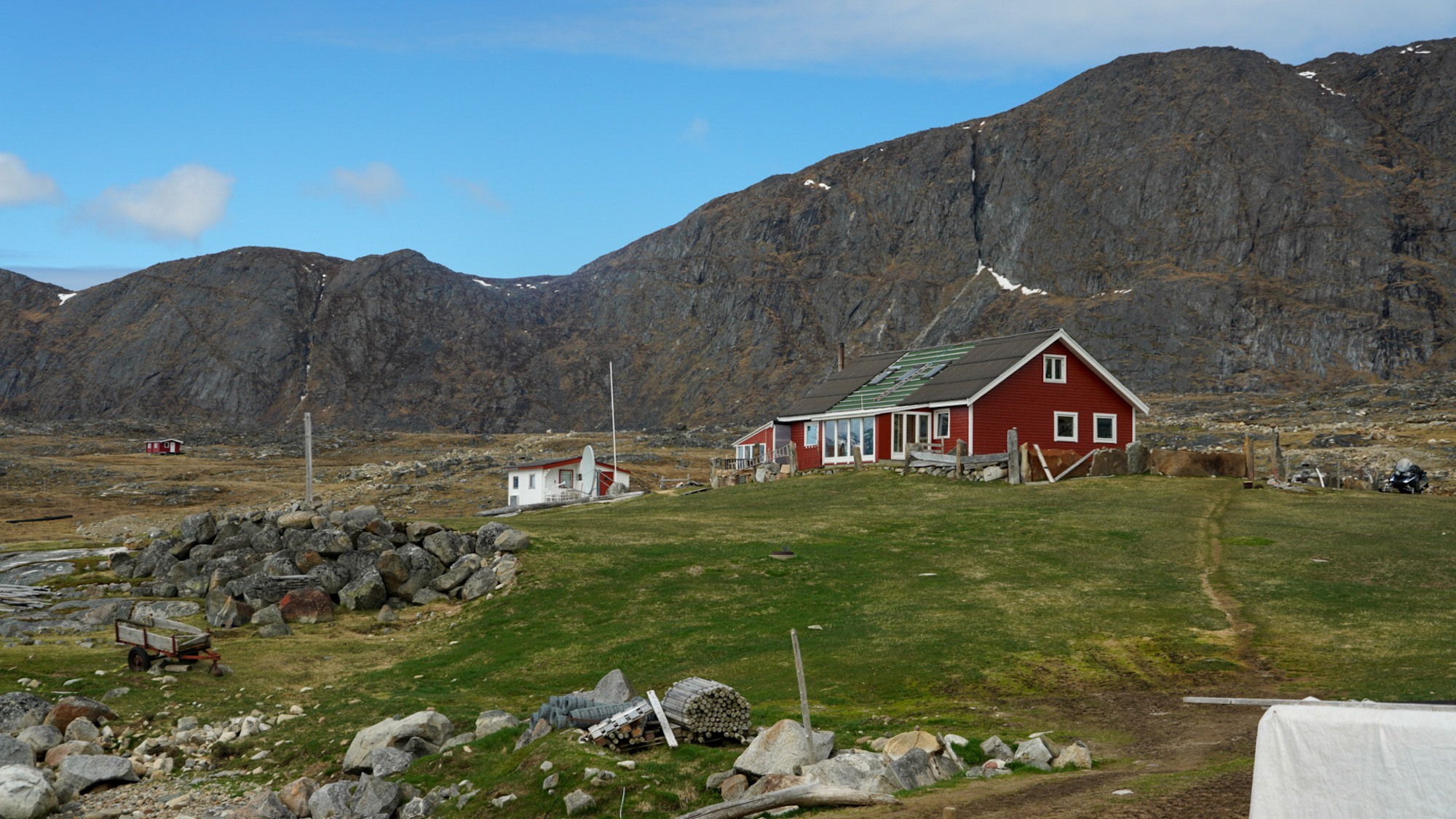 As the week progressed, the confusion and chaos increased.

And while it might seem drastic to choose to stay on an island in the Arctic Circle during a global epidemic, an even more frightening thought is returning home only to infect my 76-year-old father or the stranger who uses a luggage cart after me. What would you choose?

At the time of writing, I’m on my 58th day of staying longer than planned in Greenland. Here are five things I’ve learned while unexpectedly living indefinitely on our world’s largest island during a pandemic. 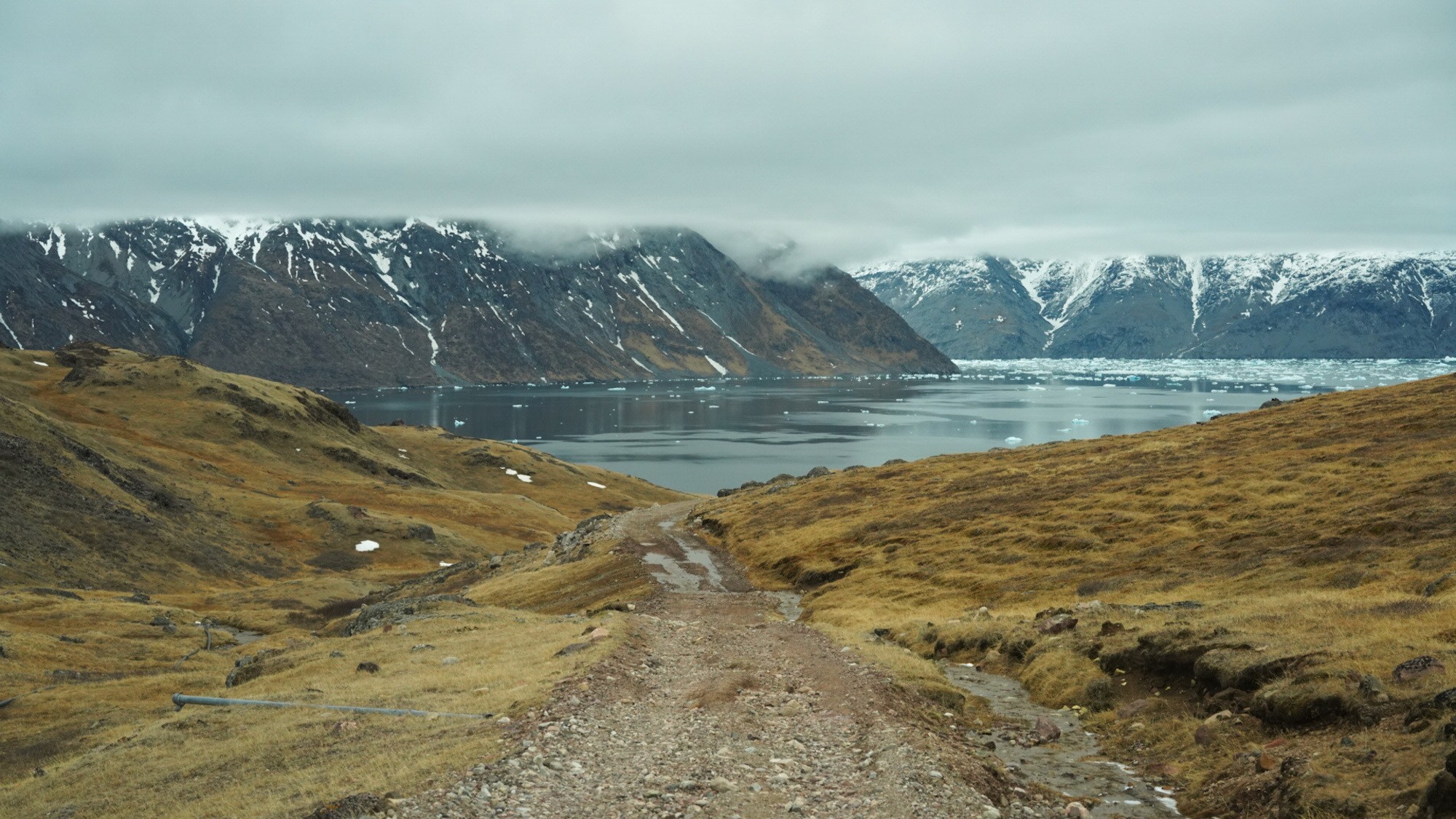 1. A decade of solo travel was the best preparation for dealing with unprecedented times

My decision to stay in Greenland has left some of my friends slack-jawed. What if you’re stuck there for months? What if the world ends as we know it? I like to kid that as a 30-year-old female who has been single for five years, I’m pretty well inured to the idea of dying alone.

But the reality is that having traveled solo to over 40 countries in the past ten years, dealing with the unexpected has become one of my greatest talents. When I was 13 years old, I flew alone from Johannesburg to Boston and got stuck at JFK airport during a snowstorm. After getting shuttled from gate to gate, a flight attendant offered to take me home for the night, so I didn’t have to sleep on the airport floor. I slept on her futon under sparkling Christmas tree lights, then ate pancakes with her daughter the next morning.

Since staying in Greenland, I keep thinking back to that first brush with travel-induced calamity. Travel has taught me, more than anything else, that the majority of humans are good and that I can handle almost any situation that comes my way.

This has been proven ten-fold in Greenland. The people I’ve met have welcomed me into their homes, onto their boats, and at their dinner tables. 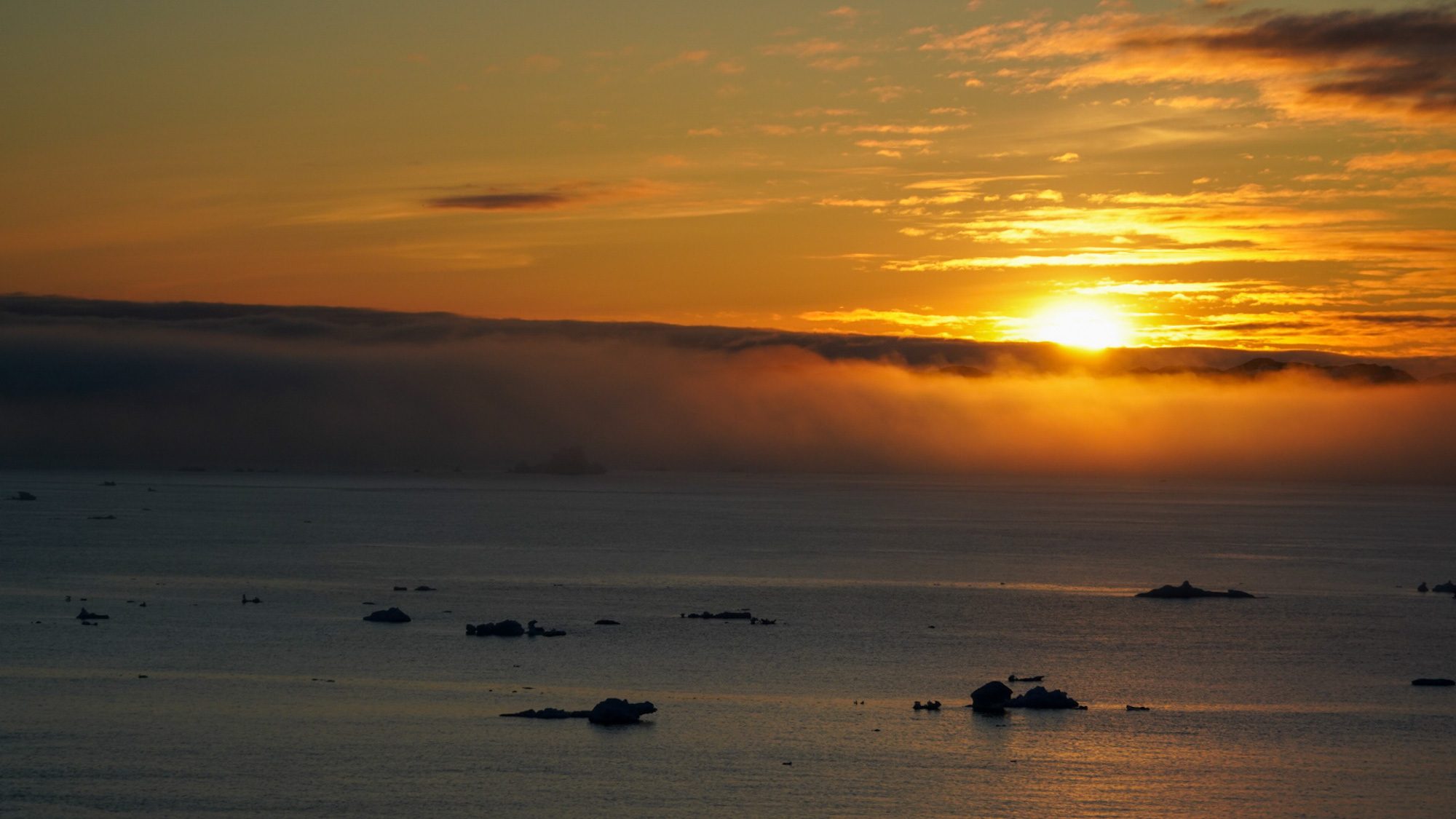 2. Even though I know I can handle this situation, I still need to feel all the feelings

As everyone continues to remind us, we are in never-before-seen times. So while in some ways I feel wildly prepared for unexpectedly living in Greenland during a pandemic, this situation still brings up a lot of emotions that I have to work through, regardless of how well-adjusted I feel.

I get caught off-guard by a sudden constricting of my chest as an endless stream of “what-if” scenarios flood my mind – all of them involving my overweight, 10-year-old basset hound, Webster. I’m a pro at sweeping my feelings under the proverbial rug, and I seem to have successfully managed to project most of my worries onto him instead.

So rather than panicking about my pregnant sister-in-law giving birth during a pandemic, I worry that my dog will pass away (from what? The stress dreams offer endless options!) thinking that his mom never came home to say goodbye. 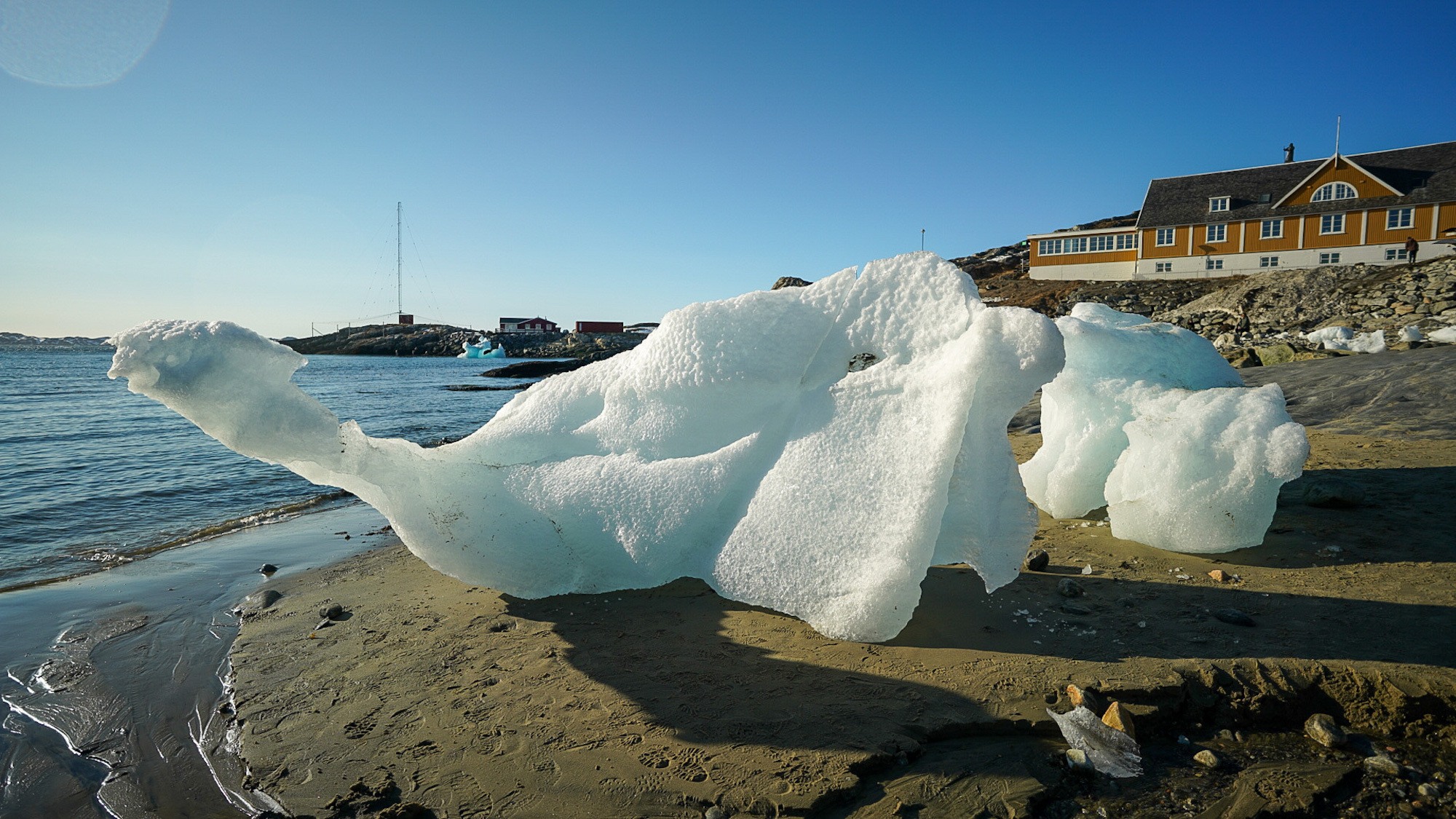 After spending the first month of my extended stay in Greenland during a pandemic with my mind in full Emergency Mode, I’ve settled into the second month with a keen awareness that I need to make choices that acknowledge this stress in my life.

I have to to stay sane.

For me, this means having a morning routine of journaling, coffee, and some sort of anxiety-reducing movement – and does not include my phone until after I’ve taken this time for myself. While I’m not able to follow it every morning, especially now that I’m able to travel around the country, it makes a huge difference when I do. 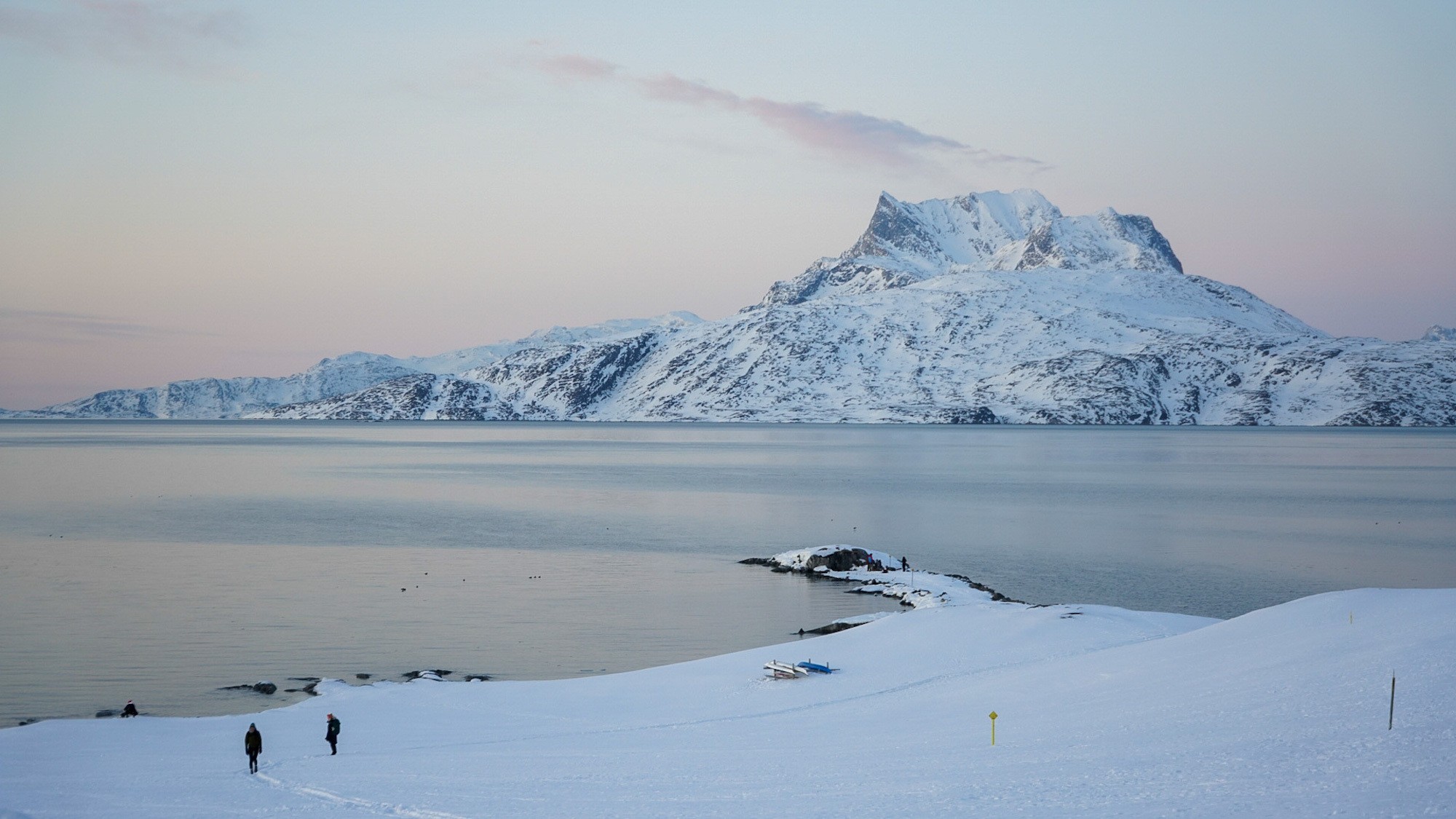 3. The United States is a total clusterfuck

The U.S. exists in a spotlight.

As one of the most powerful countries in the world, what we do spreads far and wide. Our news, our products, our tv shows, our films all extend far beyond our borders. I’ve always thought of traveling outside the U.S. as akin to stepping out of that spotlight. You’re no longer staring into the glare, but are now a part of the audience.

Watching my home country flounder from afar has been painful. The U.S. is broken in so many ways. 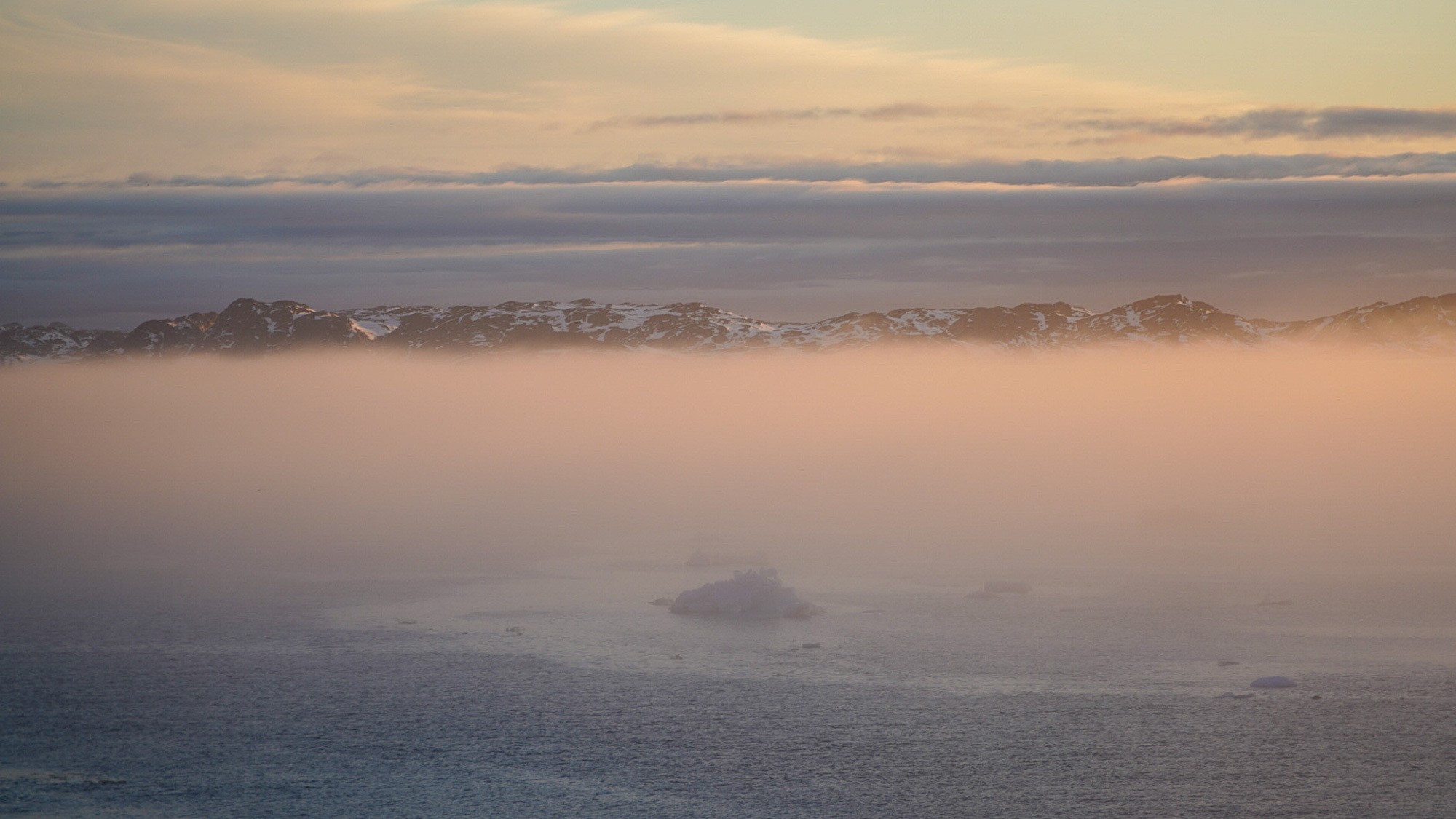 We do not have social safety nets in place to avoid widespread economic and physical suffering. Systemic racism continues to rot us from the inside out. For many Americans, health insurance and employment go hand-in-hand. As the unemployment rate climbs to almost 15%, this leaves millions of Americans without health insurance during a pandemic.

GoFundMe campaigns are covering astronomical bills for pandemic assistance that our government should be doing instead. And those most affected–black communities, people of color, undocumented immigrants, LGBTQ communities, disabled people, and women as a whole–are those with the least representation and support within our system.

Of course, Greenland (and everywhere) certainly has its own share of economic and sociopolitical issues, including a very fragile healthcare system that cannot handle an outbreak. But clearly understanding the country’s weaknesses, the government enacted a swift and robust response to the pandemic. After two cases were confirmed in the capital, travel was banned domestically and internationally. Greenland, during a pandemic, was under control.

As of May 11th, Greenland has been coronavirus-free for over a month, and all 11 confirmed cases have fully recovered. Greenland is currently open for domestic travel, with incoming international travel permitted only for essential trips. 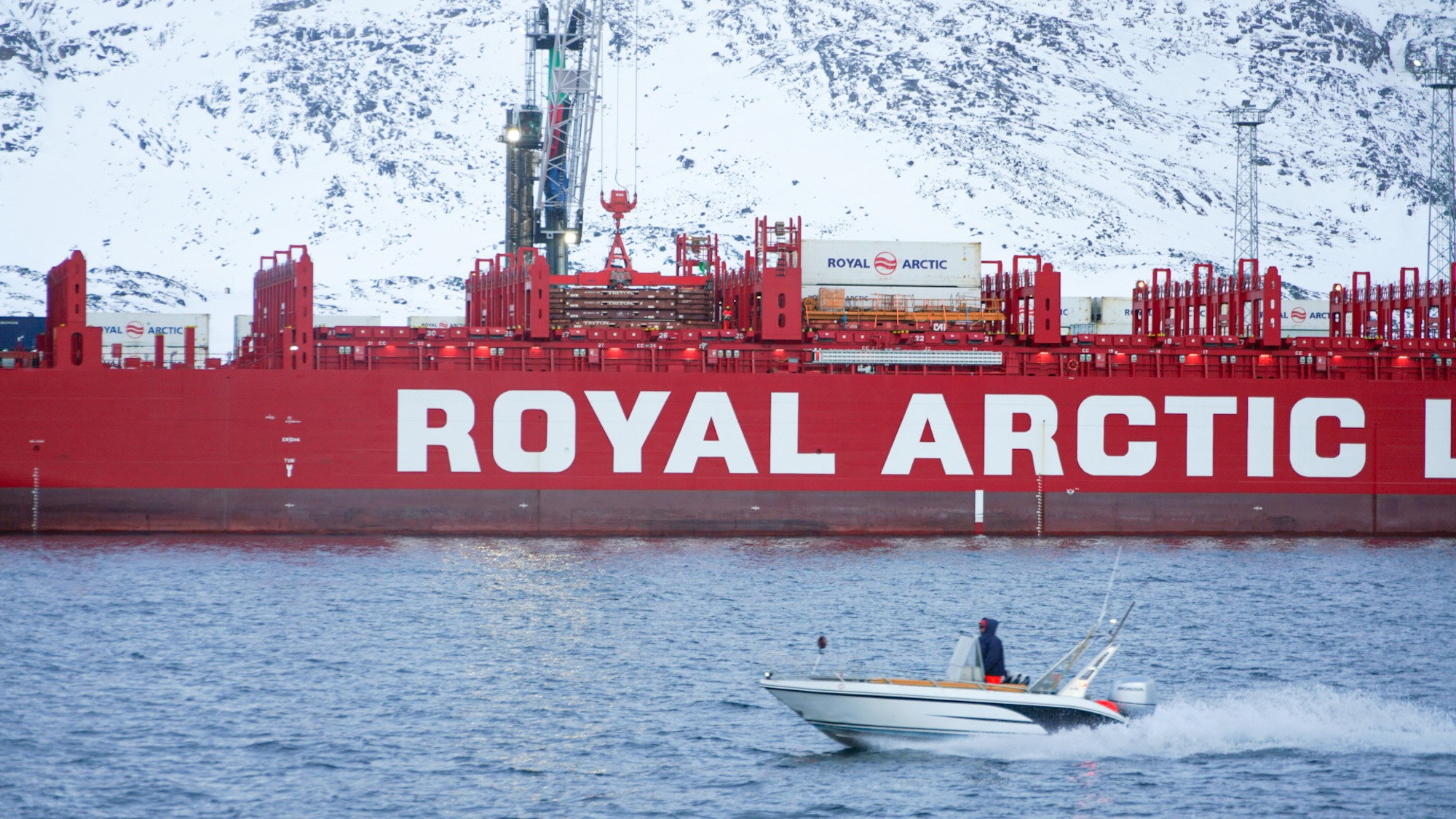 4. Trump wasn’t the first American to try to buy Greenland

During WWII, Greenland became a de facto protectorate of the United States. In exchange for protection from Nazi Germany, the U.S. was able to place its military all over the country. After the war, the U.S. offered Denmark 100 million USD for Greenland. The Danes politely declined but agreed to let the U.S. keep a restricted military presence.

Over 60 years later, Greenland is still cleaning up the mess the Americans left behind at these military sites.

This mess includes a top-secret nuclear missile launch base that the U.S. tried to build under the ice cap in the 1950s. It was called Project Iceworm, and they did it behind everyone’s backs. They abandoned the experiment when they realized that the ice cap moves. This would crush their tunnels in a matter of years. But guess what they left behind? A whole lot of nuclear waste.

As of right now, the nuclear waste is still beneath the ice. But climate change projections show that the toxic substances may be released into the environment in the near future. And this is just one of over 30 military sites that the U.S. left behind without cleaning up. 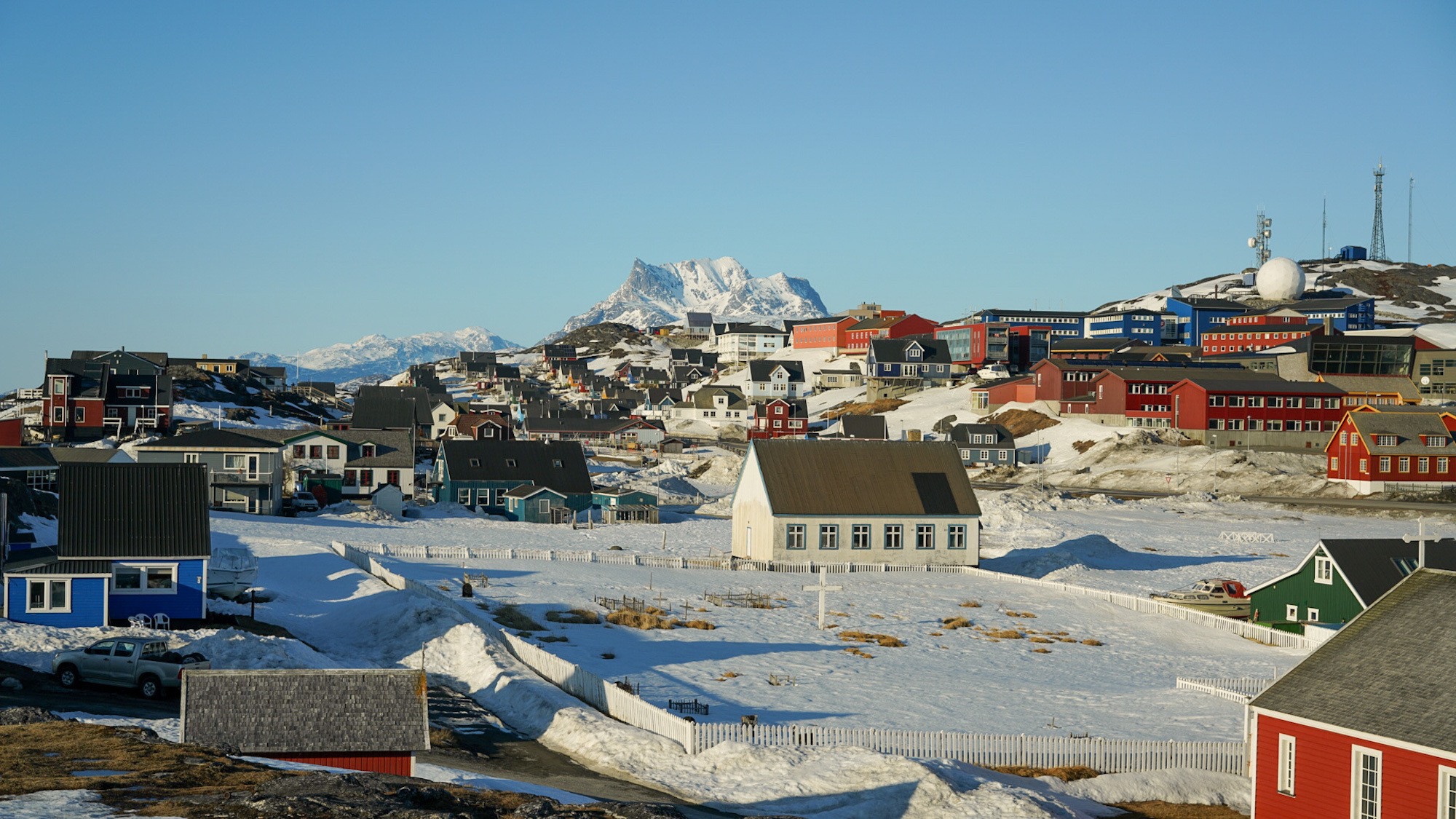 5. If the end is nigh, I’m definitely in the right country

Greenland is the least densely populated territory in the world.

A population of 56,000 is spread out over an area roughly the size of western Europe. Hunting is a big part of Greenland’s heritage and present existence. Almost all of the Greenlanders I have met are hunters themselves. Otherwise, they have family members who hunt or buy their meat supply directly from hunters. And I don’t mean leisurely hunting on the weekends. This is hunting to get enough reindeer to supply you and your family for the winter months ahead.

While there are efforts to experiment with agriculture in the country, there are virtually no vegetables or fruit grown in Greenland. Supermarkets are stocked with supplies shipped in from Denmark, which means that being a vegan or vegetarian here is the least sustainable choice you can make.

Do I actually think the end is near? Probably not. But if the apocalypse does come, I have to say I’m kind of relieved to be in Greenland. To be surrounded by people who know how to hunt down their dinner–and probably have two freezers filled with meat from last year–is reassuring, to say the least.

What would you do if you find yourself in my situation in Greenland during a pandemic? Would you stay or risk travel? Are you experiencing a lockdown in an unexpected place? Share! 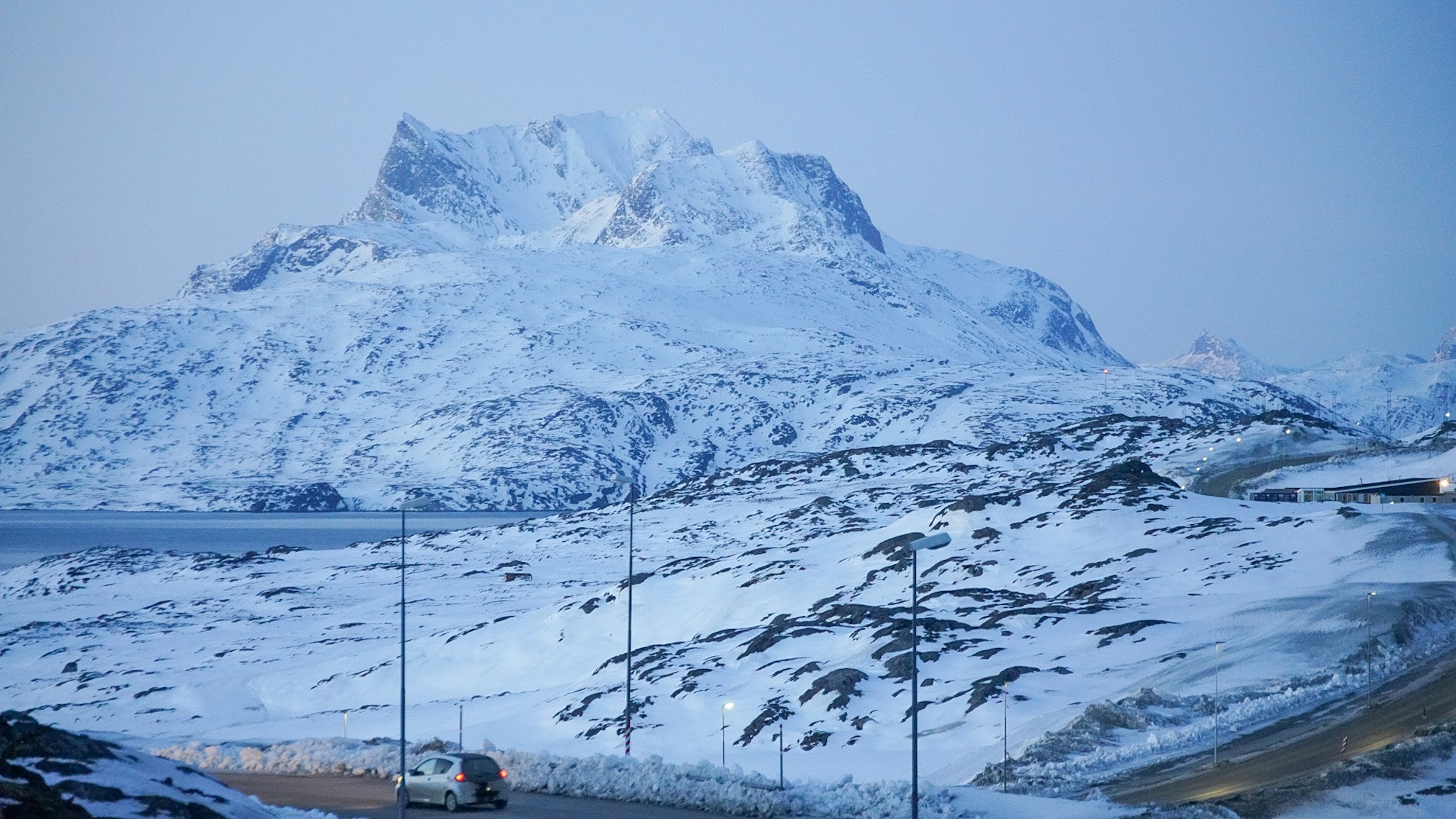 Written by Monet Izabeth and was published on May 19, 2020 in Adventures, Confessions, Destinations, Musings, This will probably get me hate mail 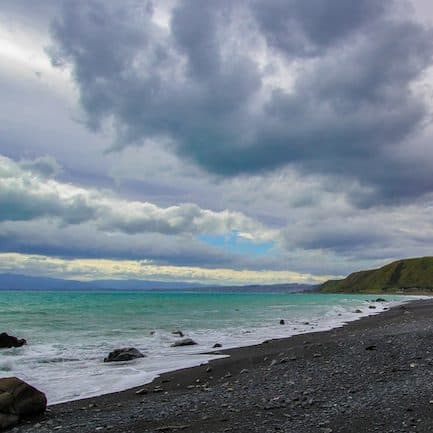 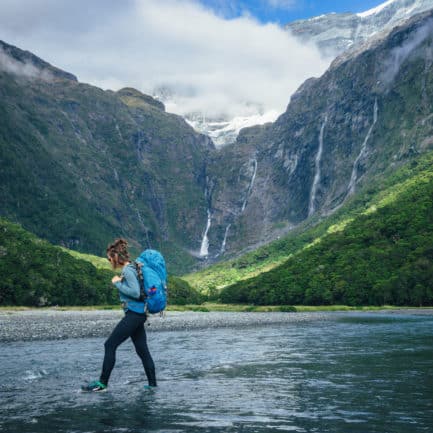 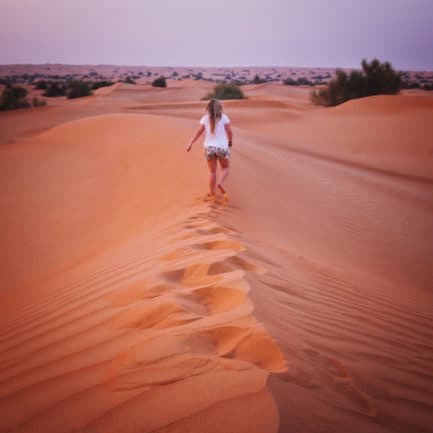 Make your next step count

G Adventures asked me what it means to make your next step count.…Read More
More travel stories