When people think of New Zealand, their imagination is probably full of Instagrammy mountains, adorable little lambs, and hobbits. And guess what? They are not wrong. But in addition to the jaw-dropping natural beauty and stuff of lore, there is also a budding urban culture that invites you in to stay awhile.

Without a doubt, Dunedin is one of those places. A city that is *not quite* a city yet *not quite* a village, it’s artsy, quirky, and beautiful, all wrapped up in a layered package that you have to figure out how to open on your own.

Curiosity is an essential trait required for those coming down to Dunedin looking for a good time. To some (especially old uni students who froze their butts off here in the ’90s, its charm might not be obvious. You have to dig a little bit. And that’s what I love about going to visit Dunedin. It’s a living, breathing teenager of a city that doesn’t give a fuck if you like it or not. But if you take the time to get to know her, you will likely fall in love.

10 things that surprised me in Dunedin 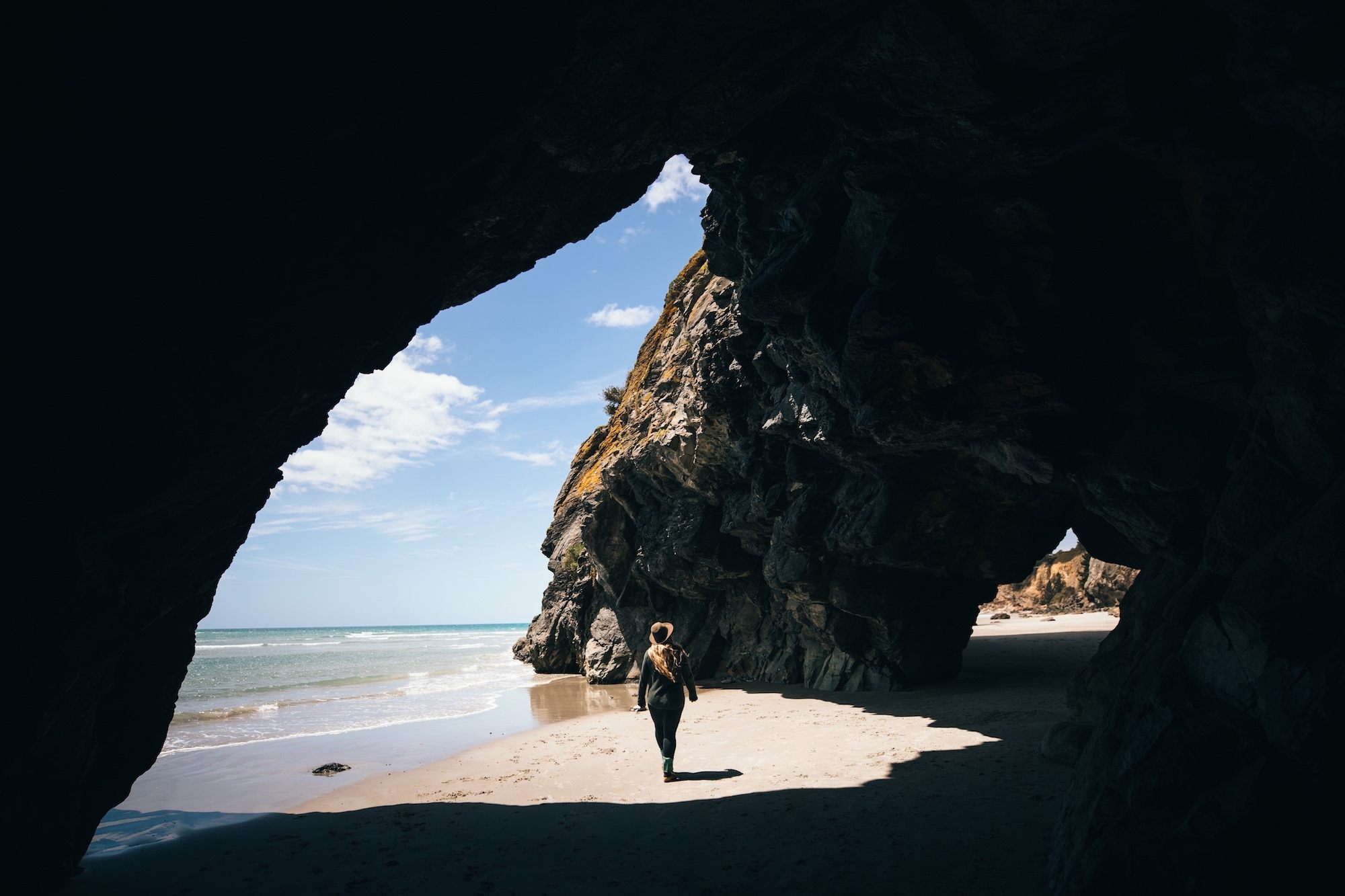 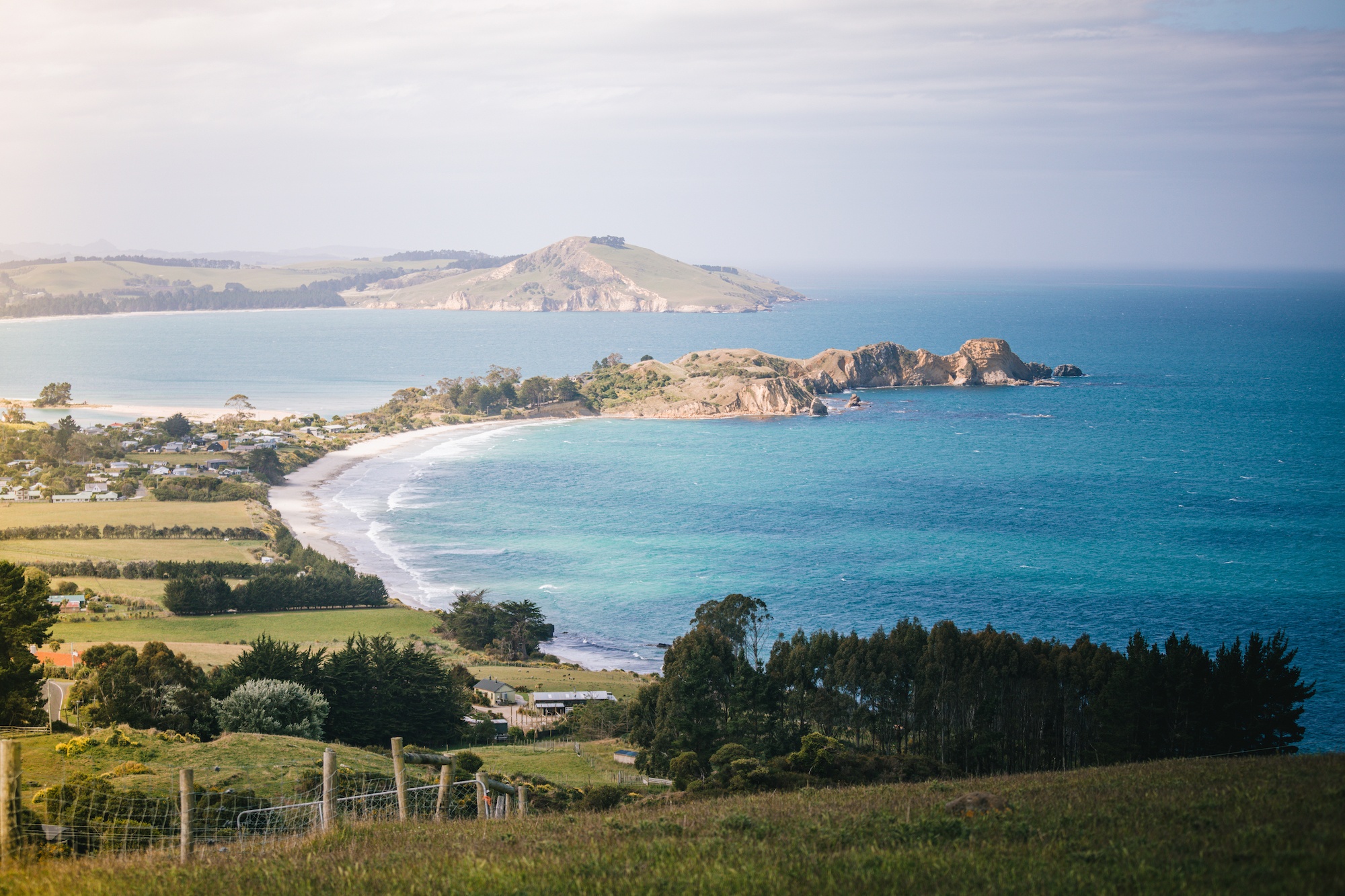 I’ve never been shy about the fact that Dunedin is one of my favorite cities. A place that evolves and grows every time I visit, there is always something new and creative popping up.

When I lived in Wanaka, Dunedin was my go-to big-city spot. A three-hour drive away, it was home to my local hospital as well as plenty of traffic lights and all my favorite shops. The joys of small-town life! There was always something going on, somewhere new to check out. When Dunedin beckoned, I came.

I wanted to share some of my favorite shots from my last trip down to visit Dunedin; I made a point of trying to visit as many new spots as possible, all of which delighted me. Enjoy! 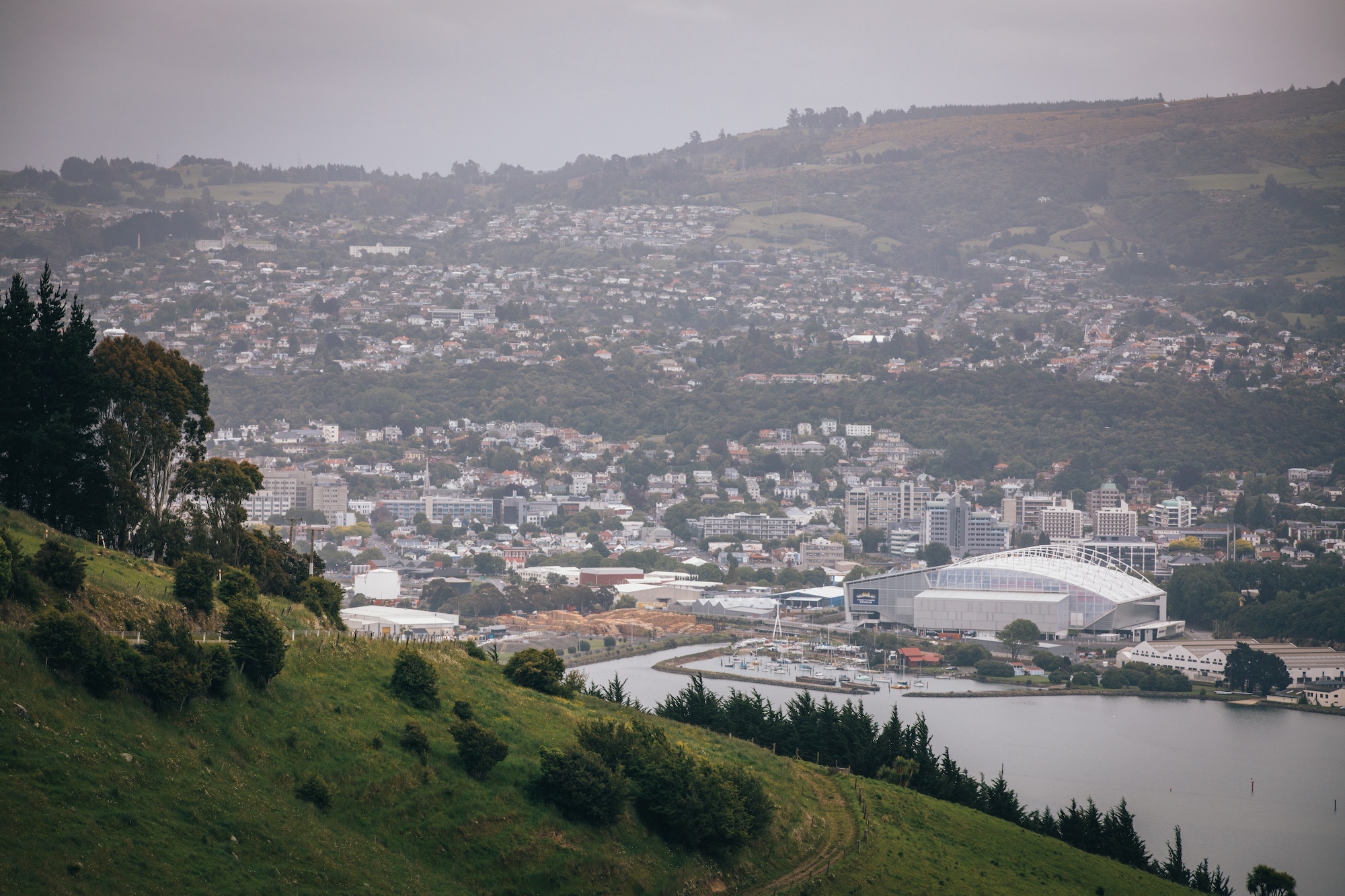 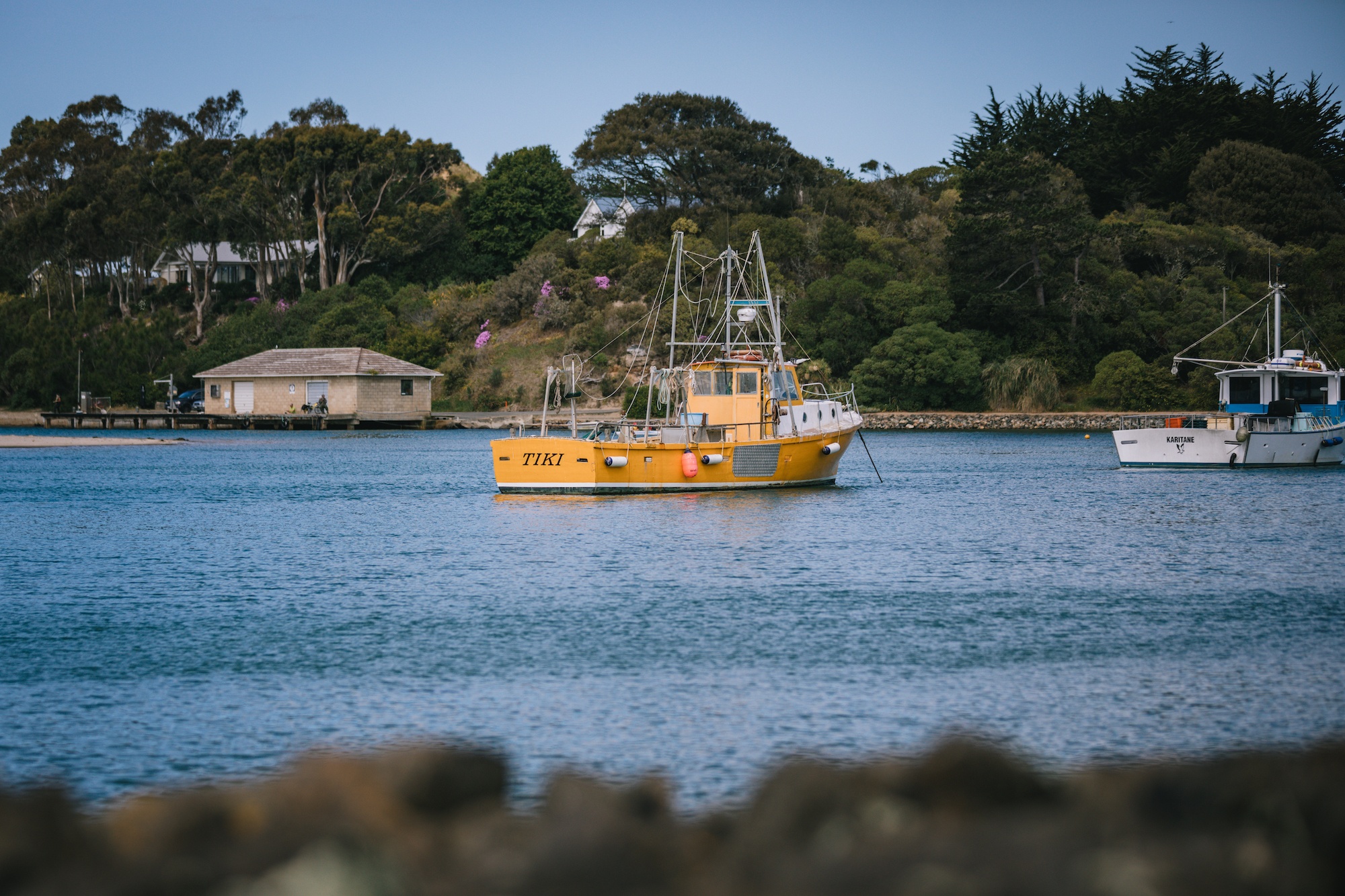 One of Dunedin’s cheeky catchphrases always brings a smile to my face! It is like Bali, with the same white sandy beaches, tropical colored water. Except it’s freezing. There’s no way around it; no one would describe Dunedin as a warm place. At the bottom of the South Island, you get slapped with wild southerlies off Antarctica, which makes for epic surfing – wetsuit mandatory.

Good for me, though, because I love wild beaches, and they love me. I love a rugged coastline, especially since many of our craziest birds congregate around the coasts of Dunedin. These fantastic beaches are made for wildlife, from the world’s rarest penguin (hoiho) and little blues to the only mainland albatross colony.

Home to the best surf and coastal scenery, Dunedin’s beaches pack a punch. 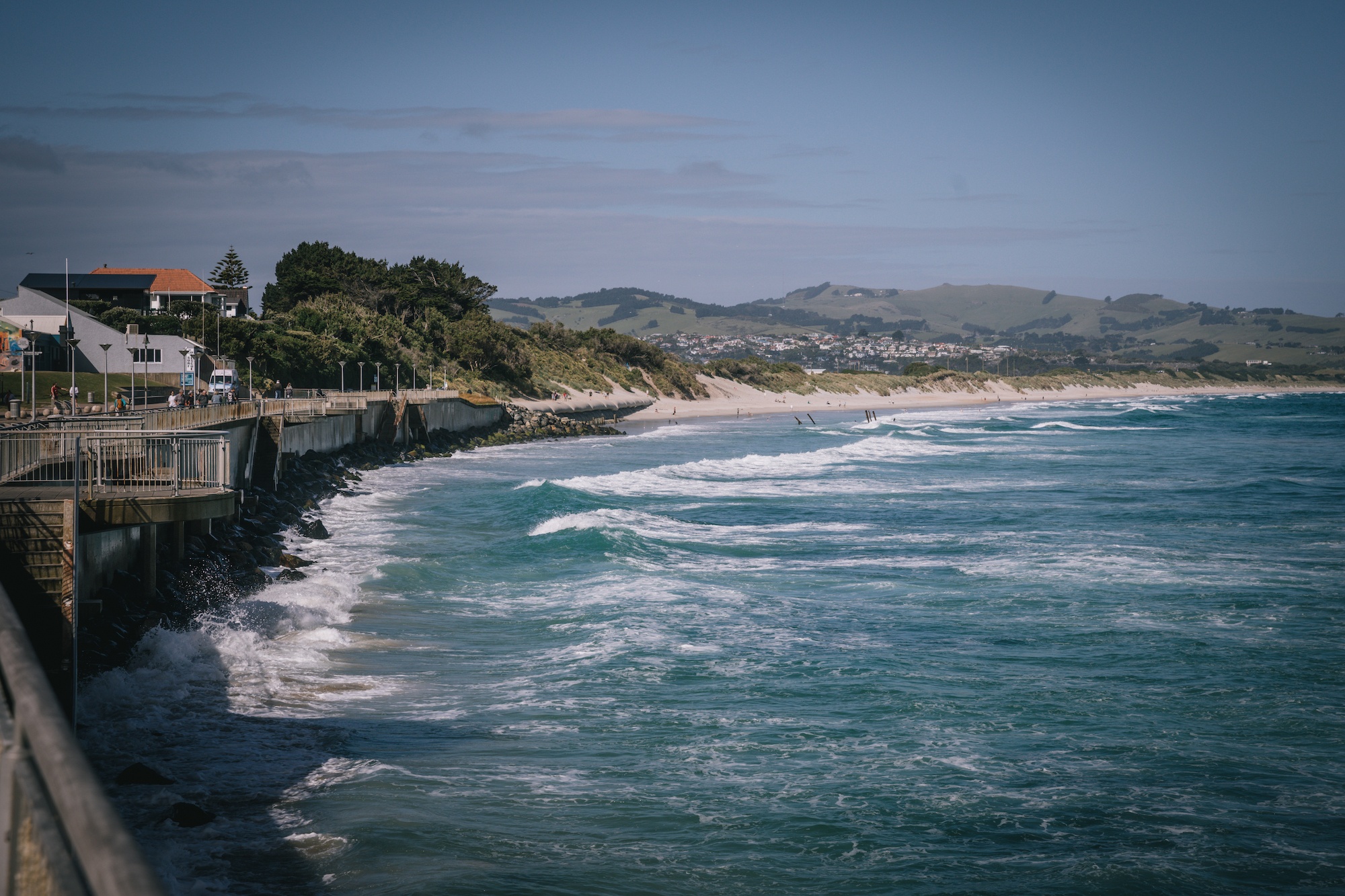 St. Clair is a classic surf neighborhood in Dunedin with lots of eateries and spots to hang out. 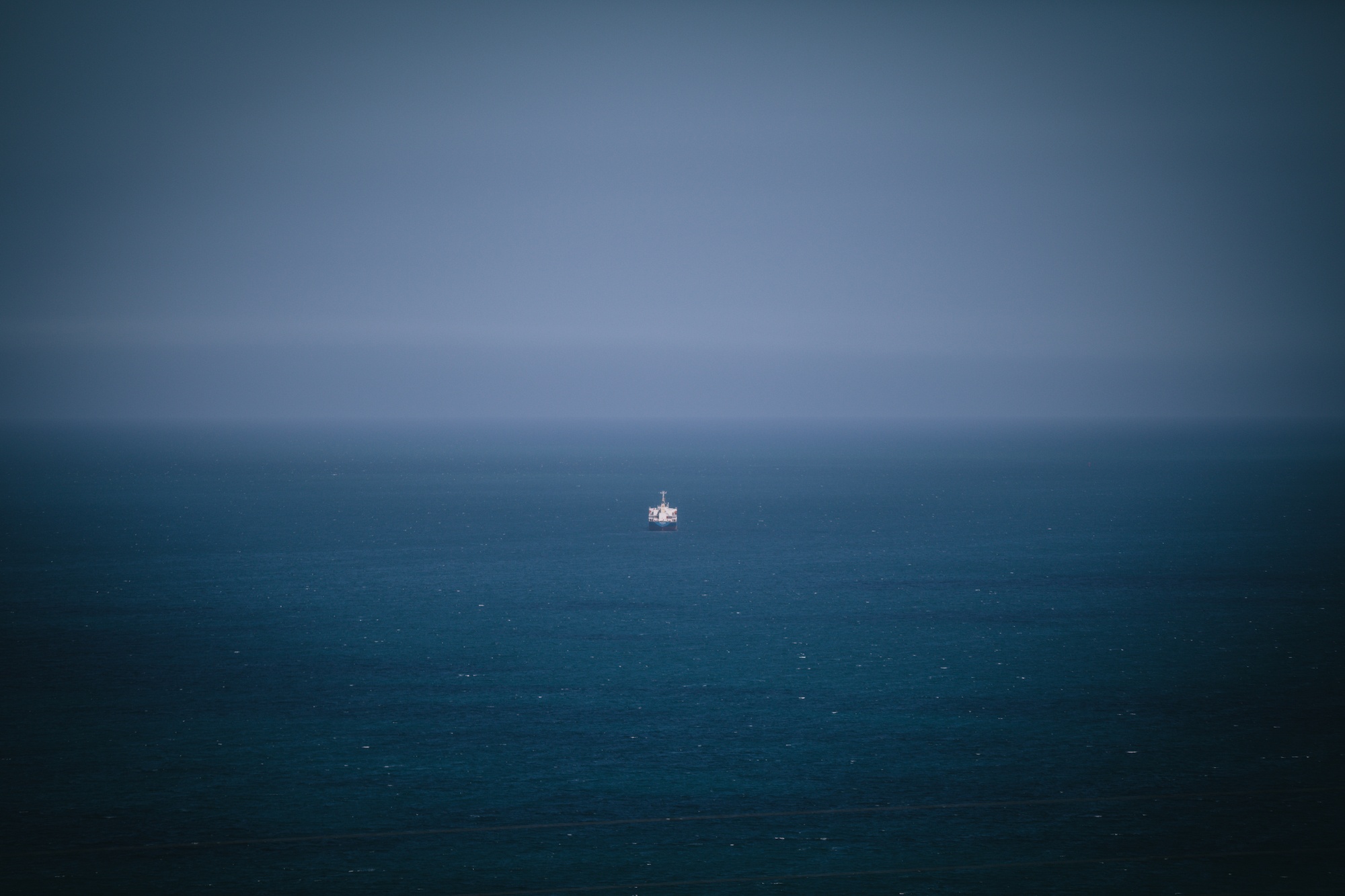 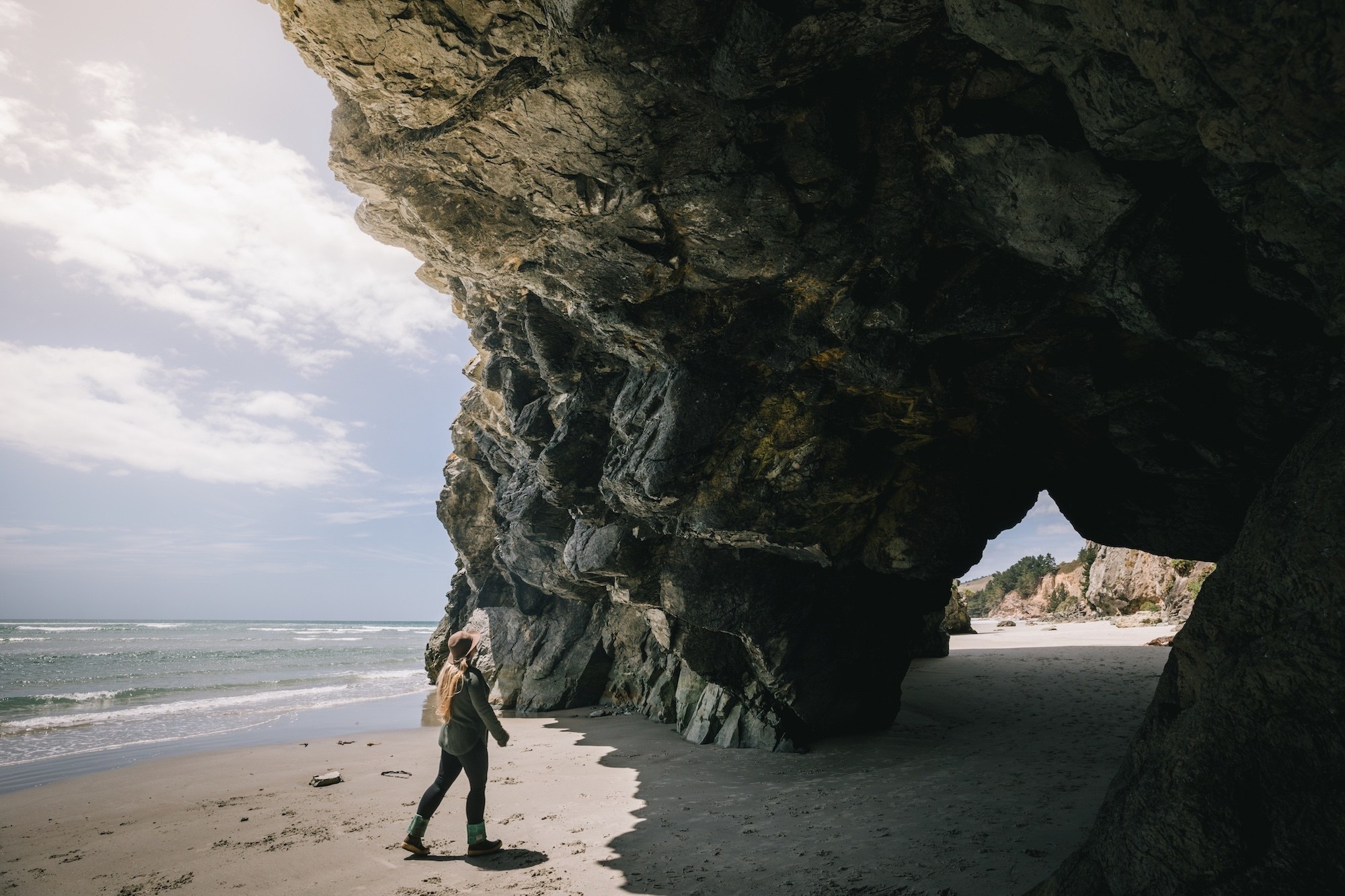 Doctor’s Point in Waitati is home to some cool sea caves, accessible at low tide 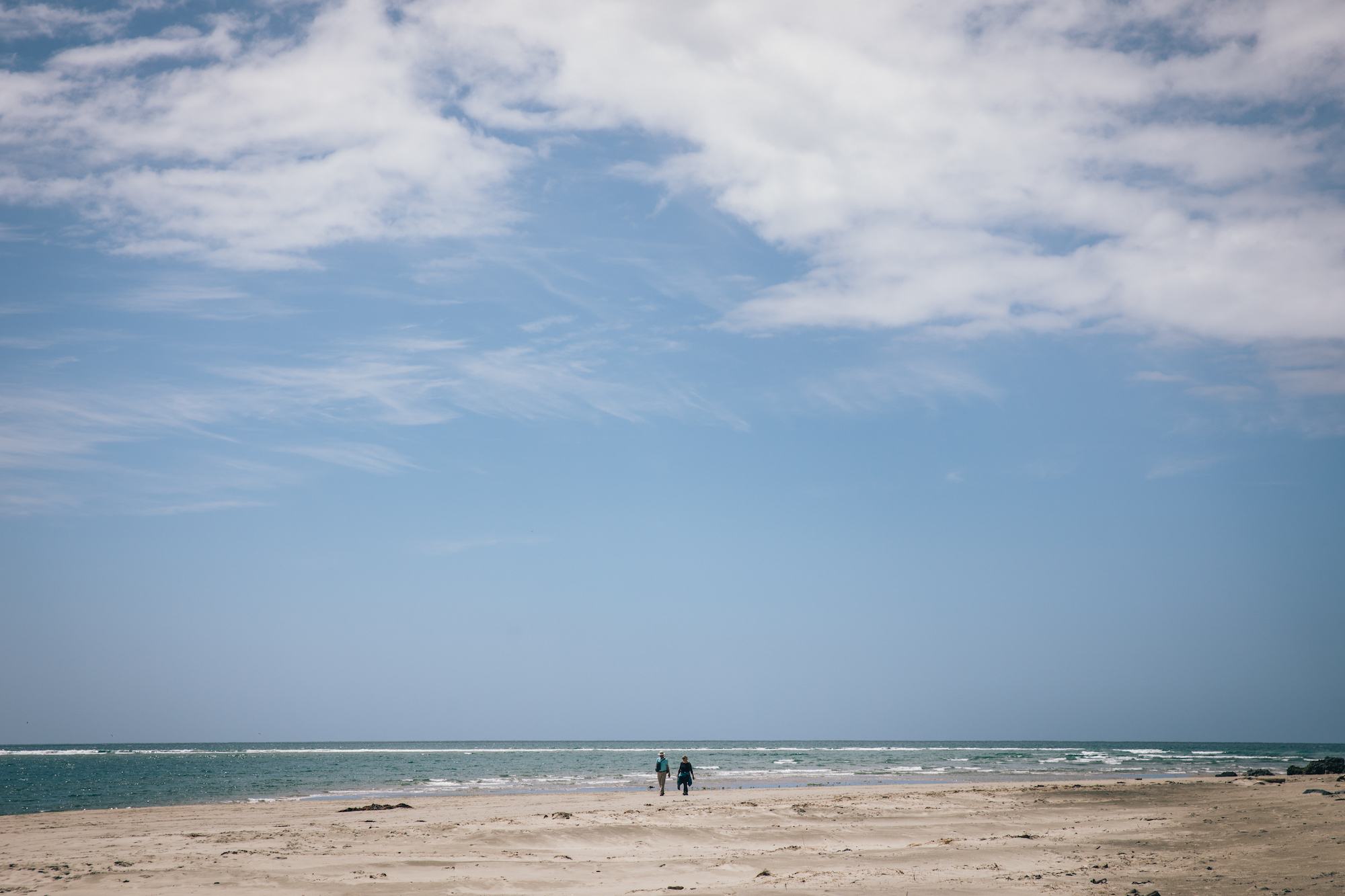 Full-disclosure, the first time I realized just how cool Dunedin was, was way back when when I stumbled across some of the most epic street art in the world! And don’t forget I (used to) travel the world for a living!

I was first introduced to the incredible street art scene of Dunedin many moons ago by the beautiful Victoria, aka Street Kiwi. Since then, I make a point to hunt out new pieces every time I’m in town, and this last trip was no exception.

Late in the afternoon, on my first day going to visit Dunedin, I stumbled across this beautiful message on a gigantic mural of a whale. Always use reusable bags, guys! 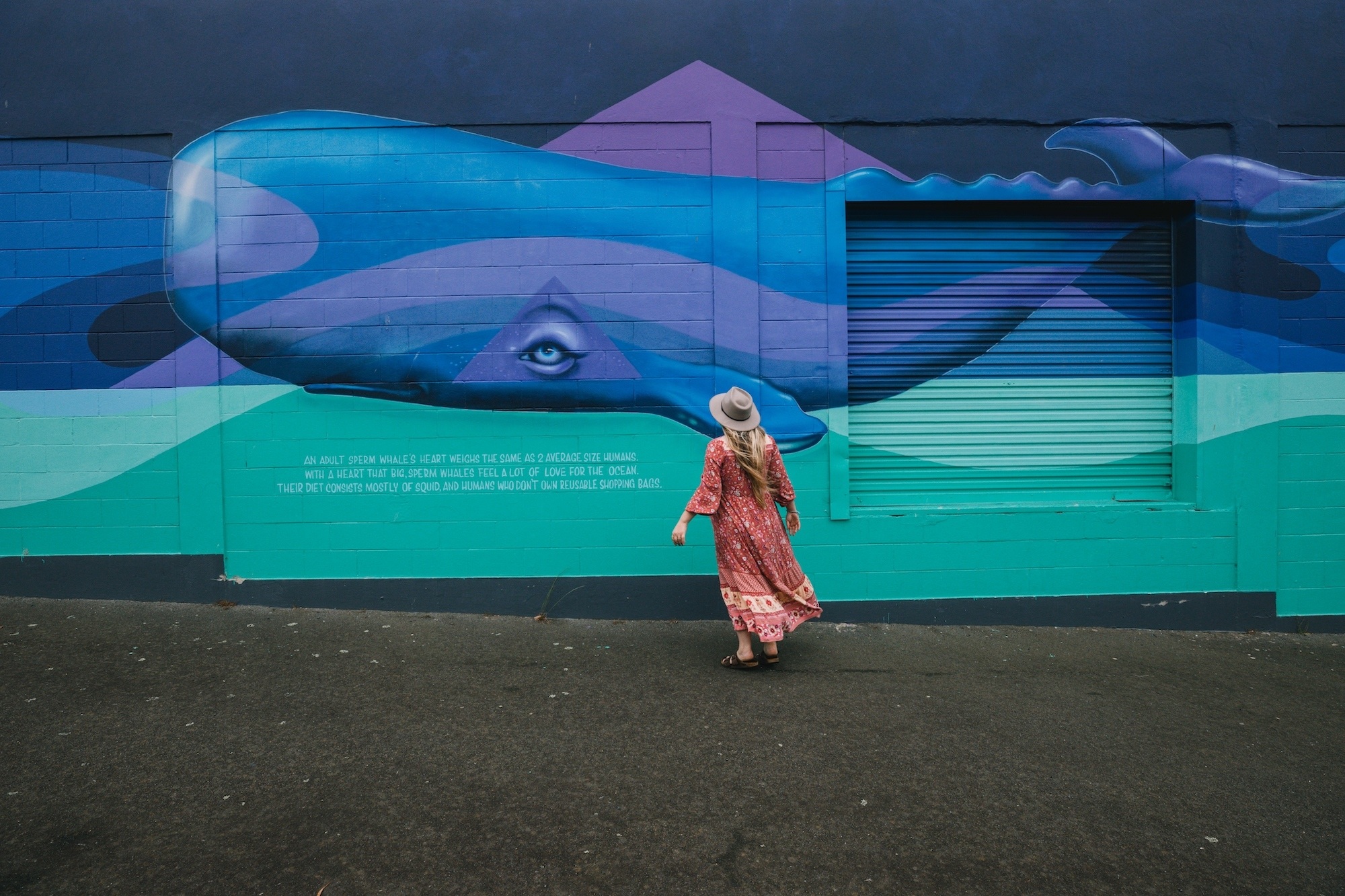 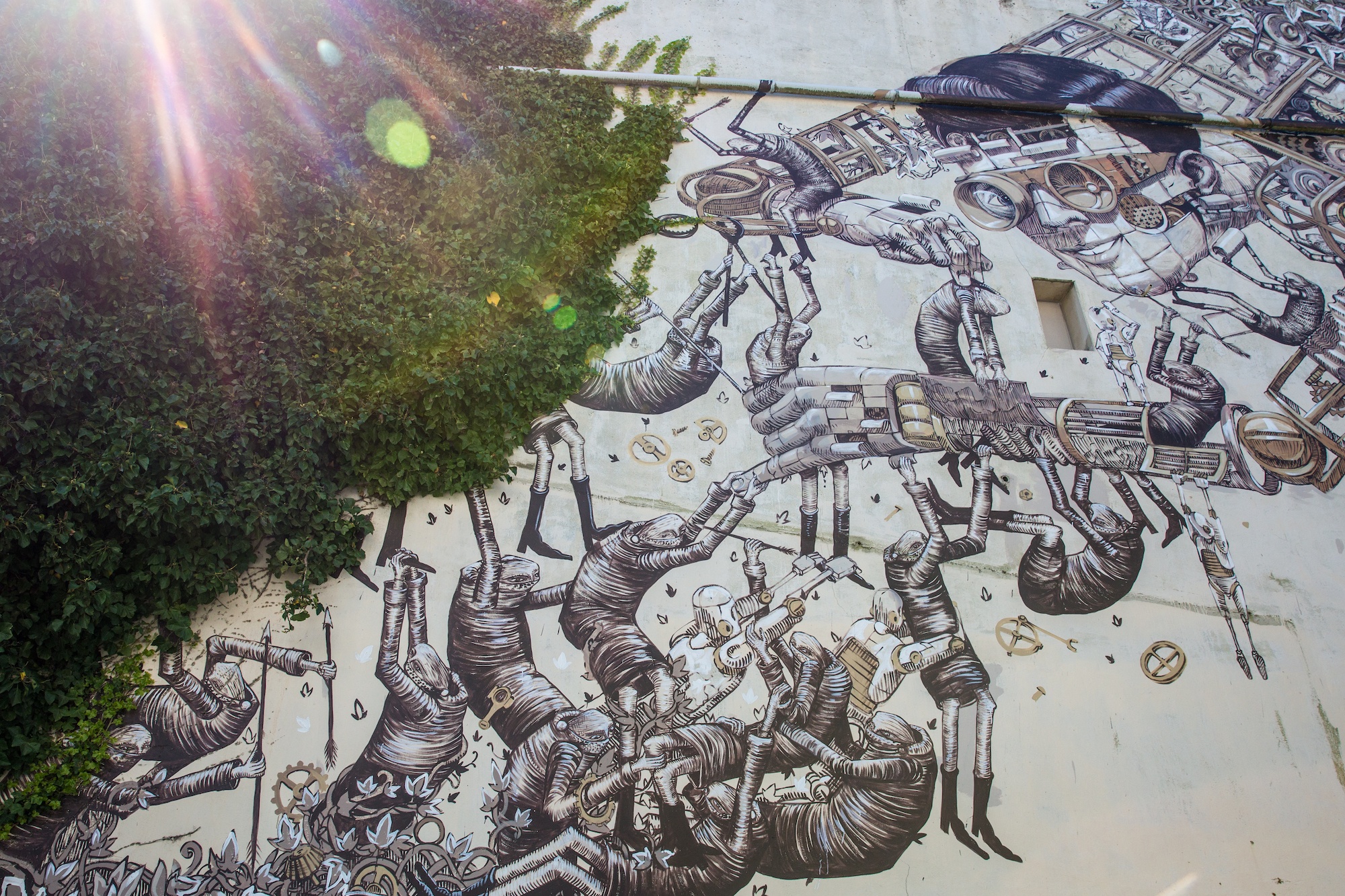 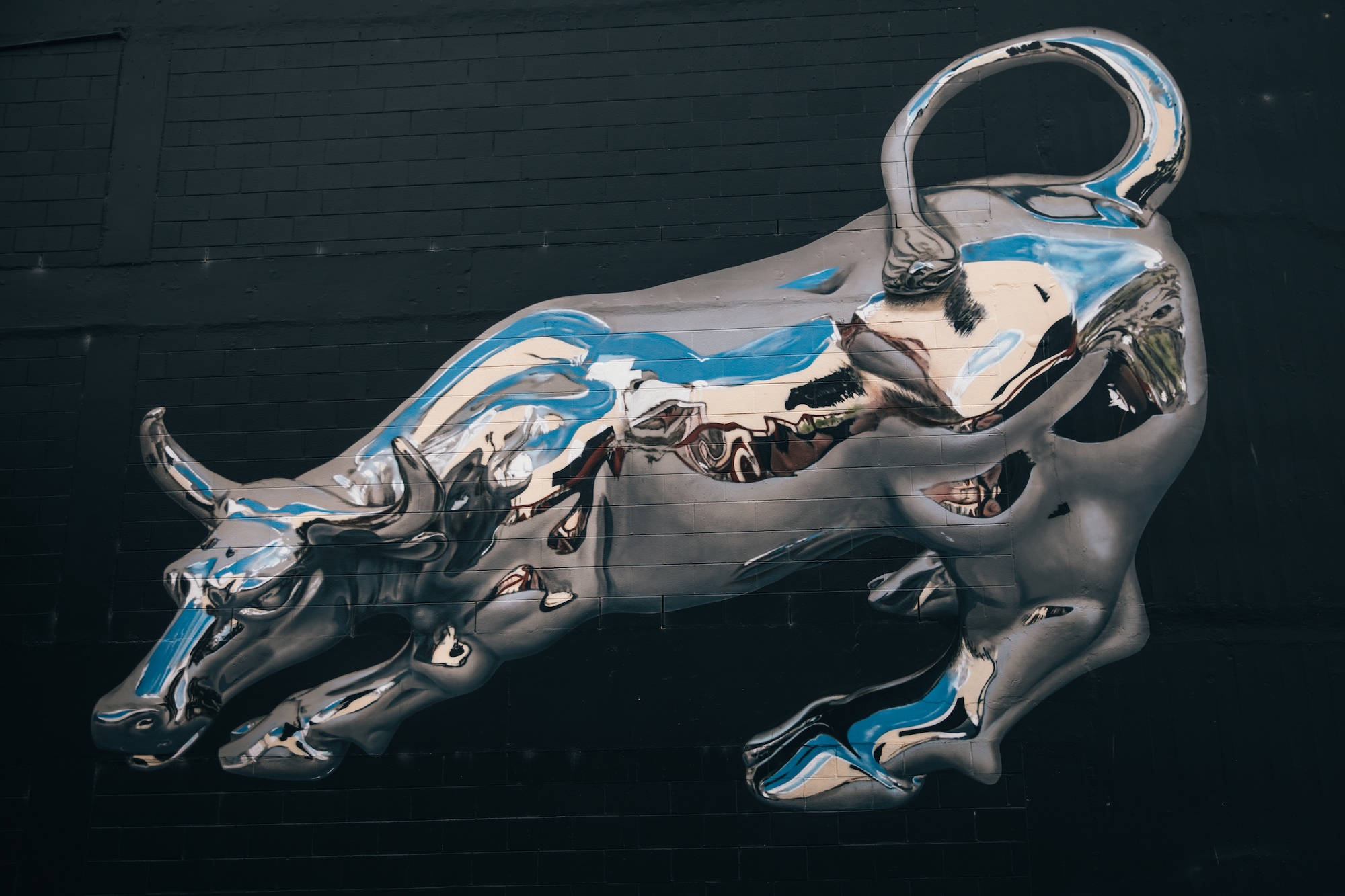 3D metallic mural of a bull by BIK in Dunedin

Situated on the Waikouaiti River mouth, Karitāne is a stunning tiny seaside settlement, a 30-minute drive from north of Dunedin. Sleepy and peaceful, it’s rich in Māori and European history, with beautiful beaches and abundant wildlife. Karitāne is an ideal setting for a coastal adventure with a focus on conservation.

Karitāne Māori Tours is run by the Kāti Huirapa whānau, the tangata whenua (indigenous people) of the area.

Their passion for the environment sees them taking an active role in habitat restoration, both on the land and in the water. Here they share their love of being on the water with their passion for people and the environment by taking manuhiri (guests) out on traditional Māori waka (outrigger canoes) on the Waikouaiti River to plant native flax on the dunes to restore the natural landscape. 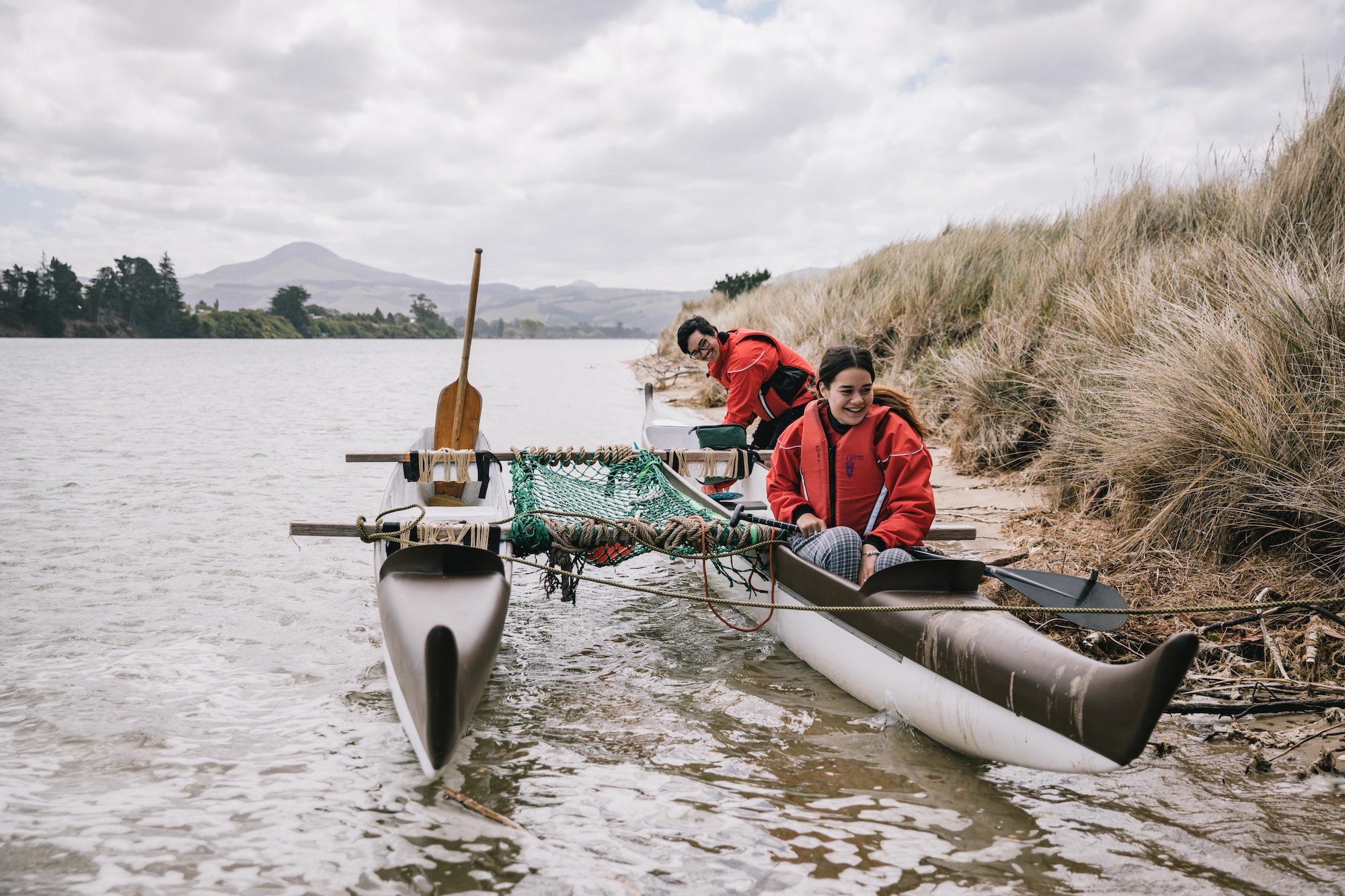 The Toitū Otago Settlers Museum gripped me from start to finish on my last trip down to Dunedin. It is perfectly curated and flawlessly designed to carry you along the journey of Dunedin’s culture, art, and history.

A little-known secret about me, for the past year, I’ve been eagerly devouring books, journeys, and stories of the history of New Zealand from the arrival of Māori through the whaling days and the early settlers. Trust me, it’s fascinating. Let me; they don’t make men like they used to – when you read about the early encounters and the hardship here, it’s wild. I can’t imagine navigating by tides and stars through the Pacific on wakas (Māori canoes) to arriving in Dunedin after months at sea from Europe to start completely new. I’m so curious about what New Zealand was like 500 years ago, 200 years ago, and even 100 years ago. Did you know that once upon a time, the whale song was so loud in the harbors it kept people awake at night?
.
As one of the last “settled” places on earth, New Zealand stands alone in its complex history with incredible unique biodiversity. And places like the Early Settlers Museum do a powerful job of serving those stories up to us in easy-to-digest bites. I’ll be back! 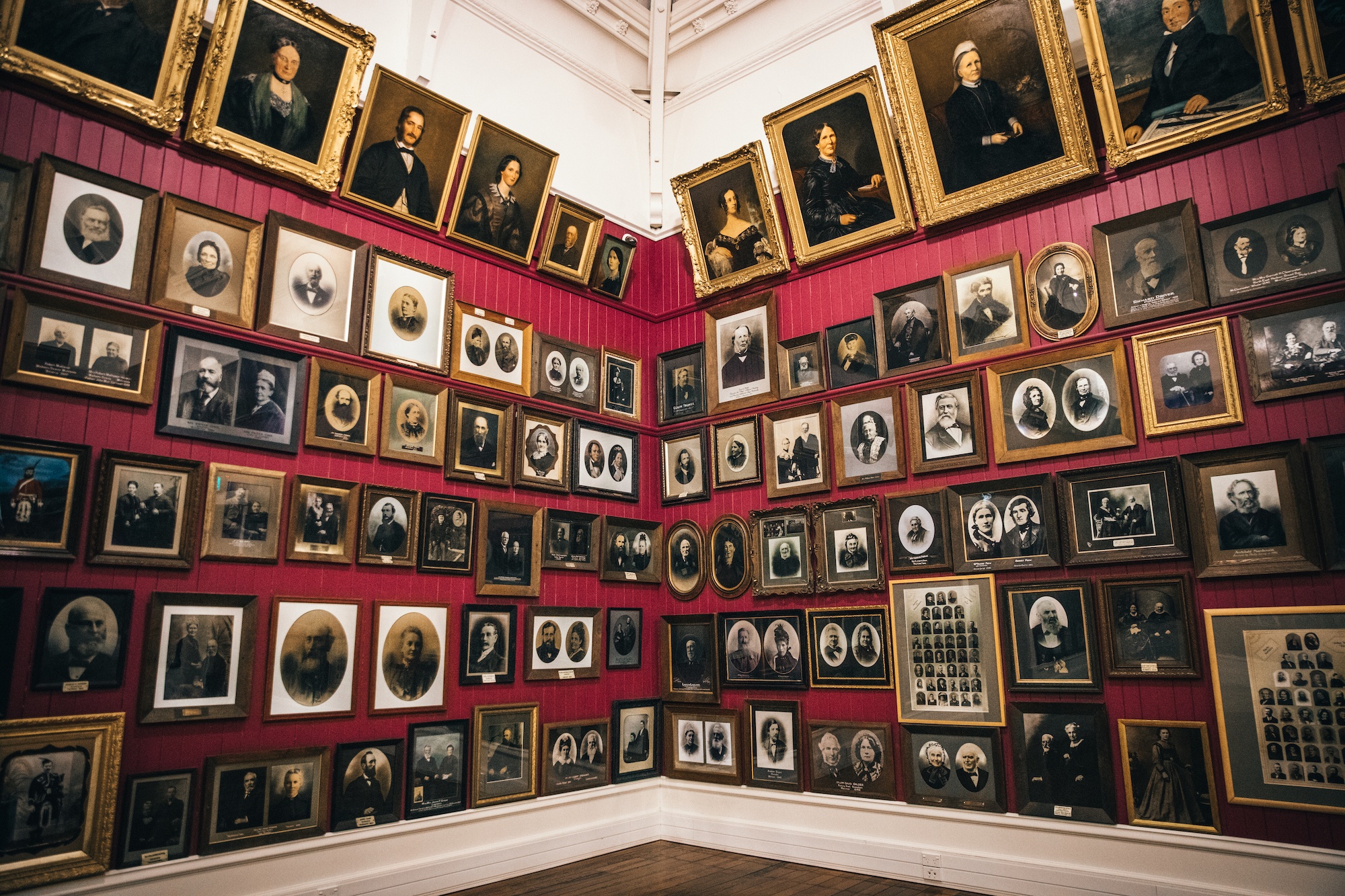 The Museum of Natural Mystery in Dunedin is precisely the kind of place both childhood me and adult me absolutely fizz over! It’s so cool! A mishmash collection of fossils, bones, Kiwiana, and art, it’s a living museum that invites you in and guarantees a wow!

The brainchild of local collector Bruce Mahalski, this museum is hidden away in his old villa, full of rare, unusual, and curious things acquired over a lifetime. I can (and did) spend hours reading each story behind each item on display.

And, of course, I left with a three-part anthology of Moa sightings in New Zealand (self-published kiwi books are SO UNDERRATED). After all, no one wants to believe Moa still exist more than me! 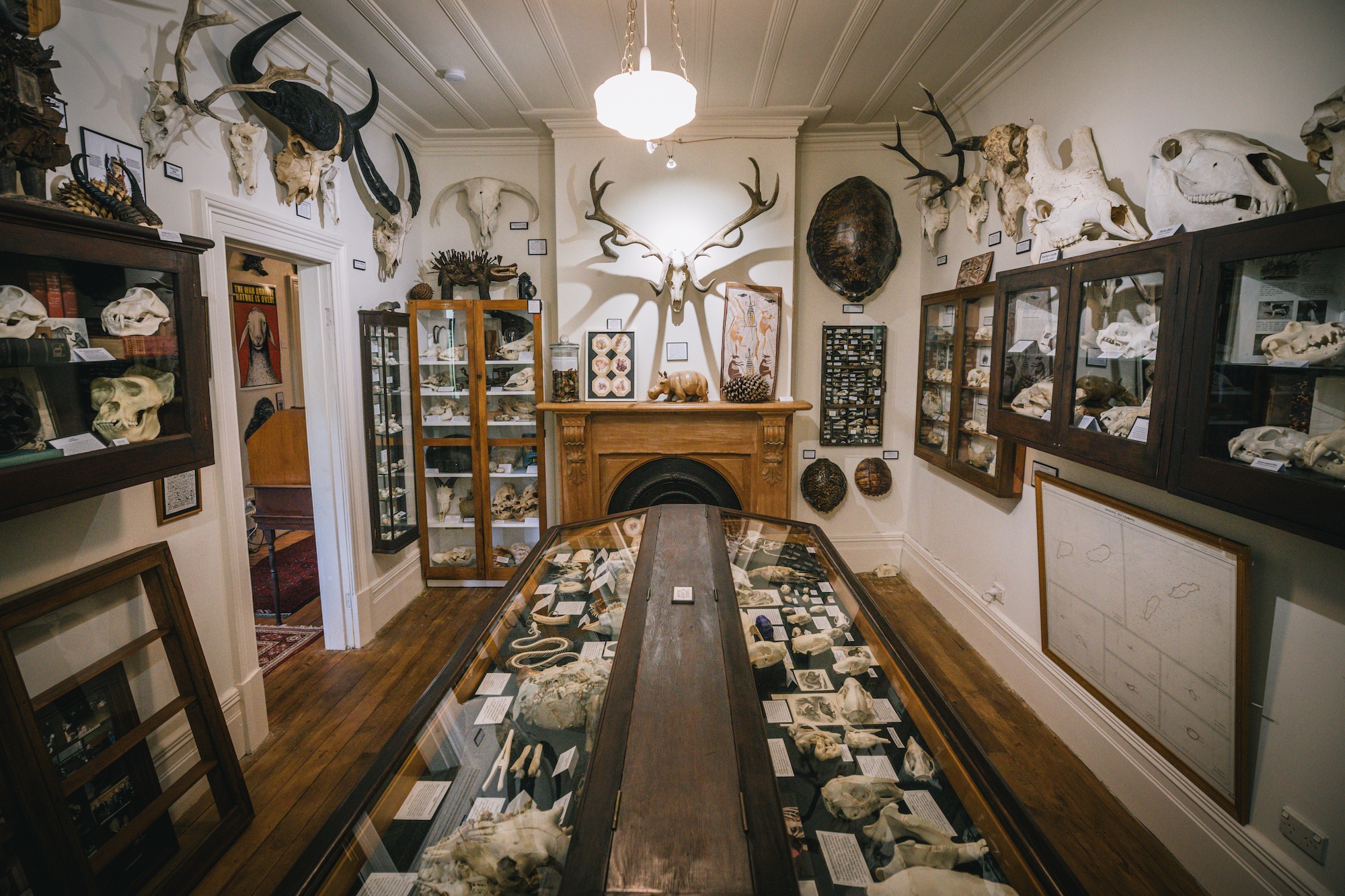 Paradise is waking up in the only remaining valley of native forest on the Otago Peninsula in Dunedin!

The Hereweka Garden Retreat is one of those hidden places where you want to curl up and stay awhile. Just 30 minutes drive from Dunedin central city, the lodge is situated on the slopes of the iconic Harbour Cone, far from the noise of traffic and close to many attractions on the Otago Peninsula. Overlooking the Hoopers Inlet, it’s a magical place to relax and unwind.

After over a decade of planting and replanting here, the native birds have returned. I fell asleep listening to tui and bellbirds calling in utter bliss. How lucky are we to have places like this? 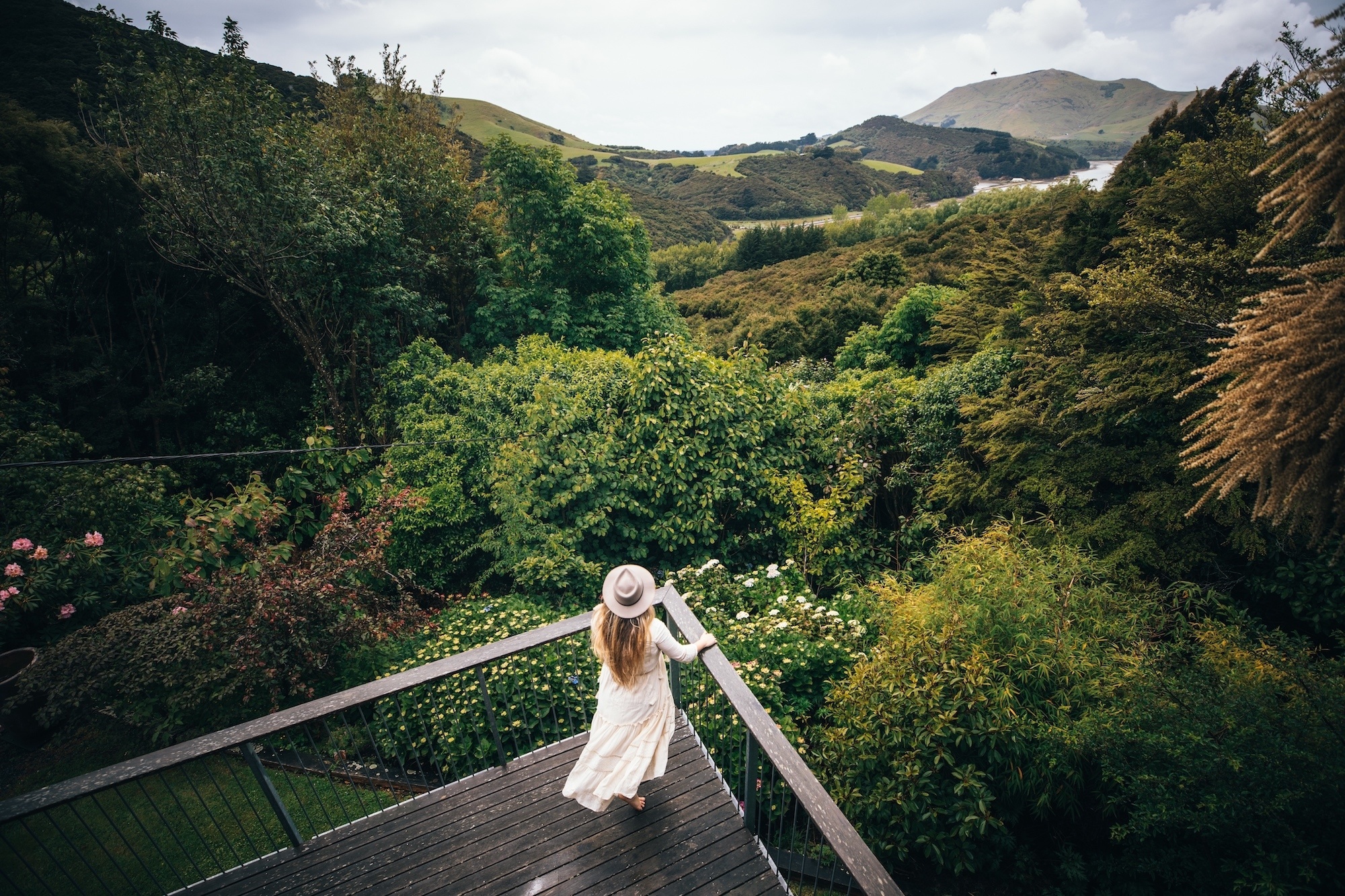 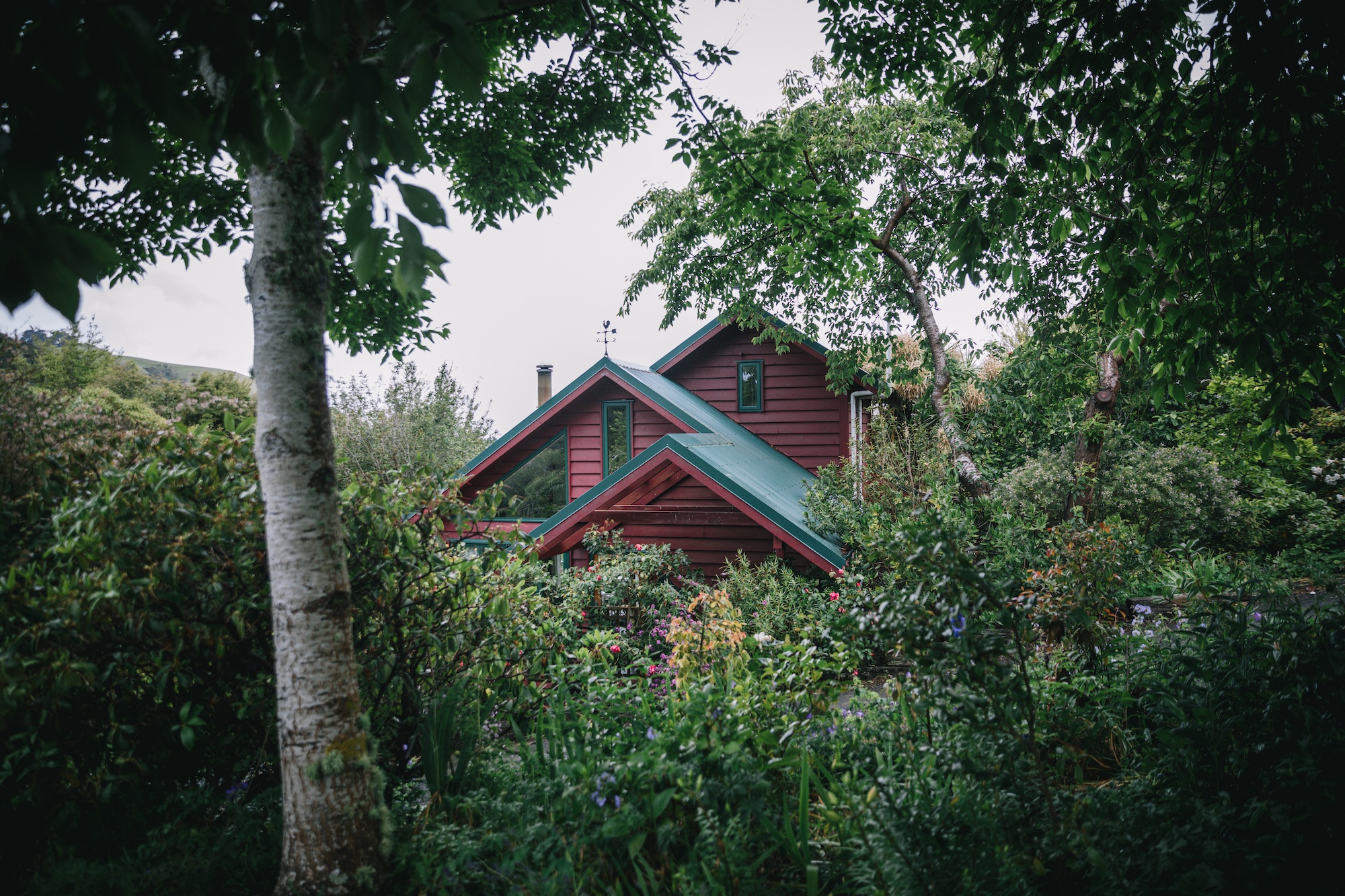 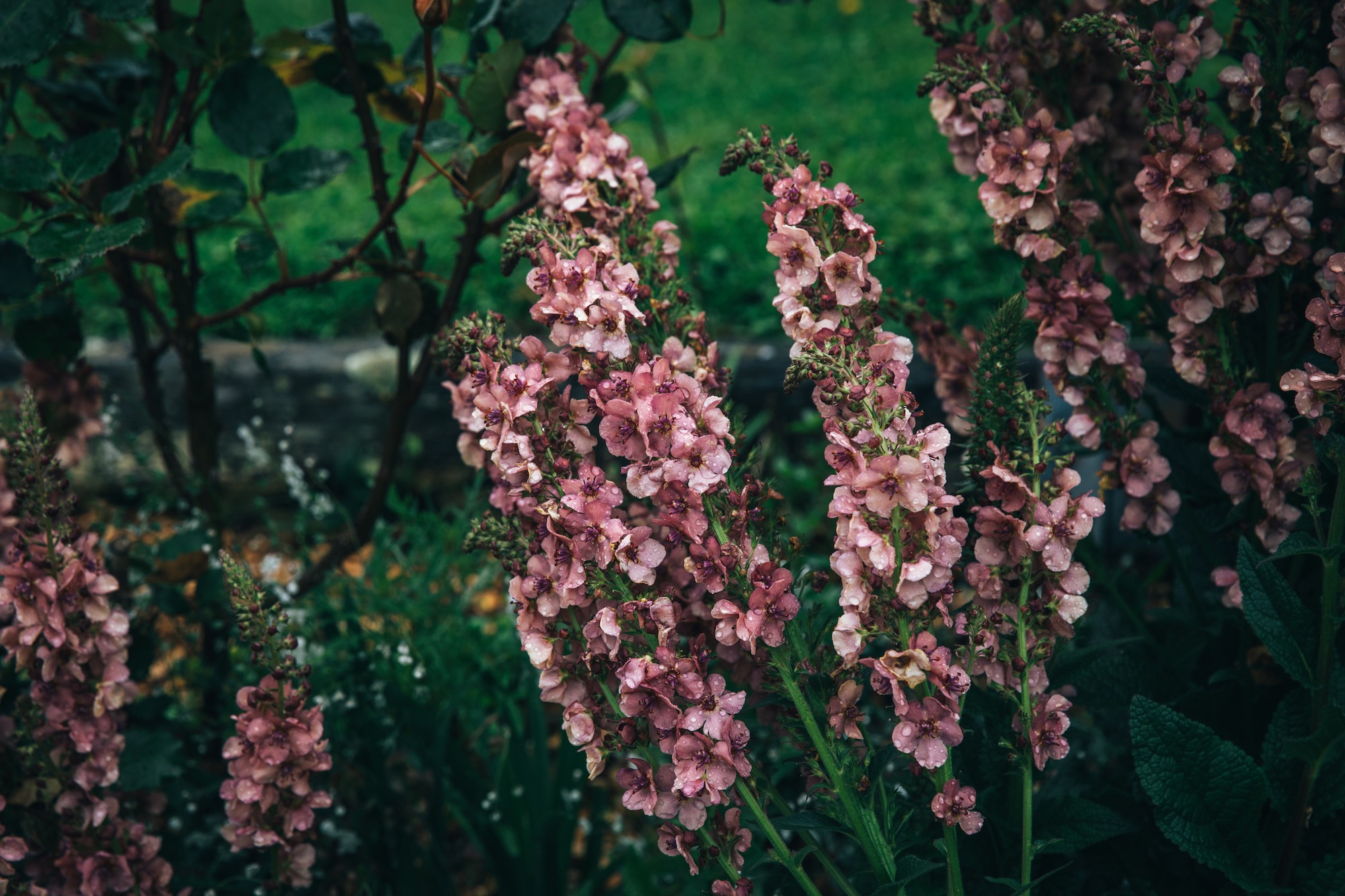 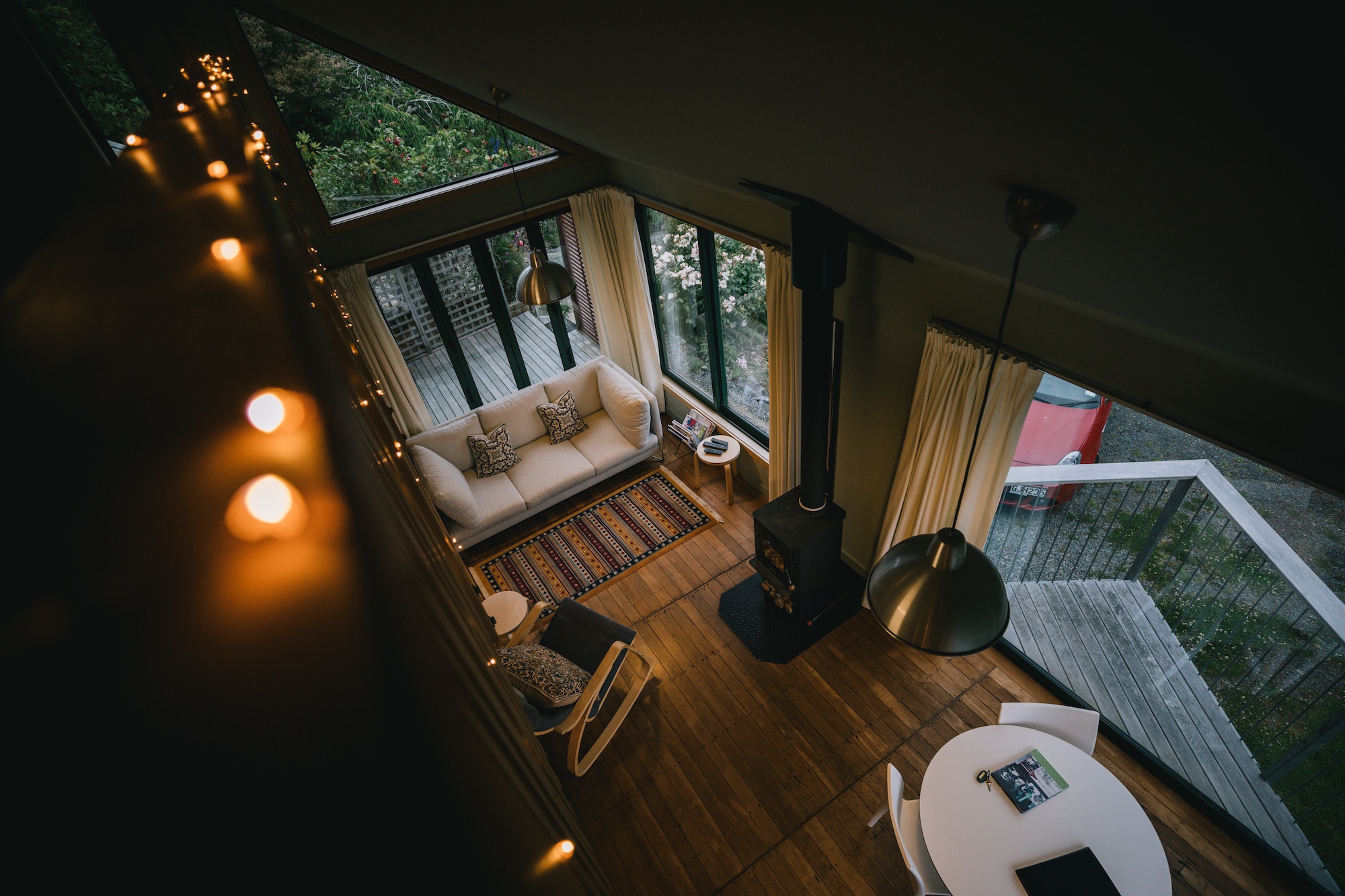 Finally, my favorite part of Dunedin hasn’t changed in all the years I’ve been visiting – the locals. Dunedin is a veritable bastion of quirky and clever people doing strange and creative things. Local to the extreme, small businesses reign supreme in this corner of the South Island. And I love it!

There are so many excellent independent shops and cute places to hang out. I spend my time exploring, guaranteed to find something unique.

I can’t wait to see what’s in store for me next time I’m in Dunedin!

Have you been to visit Dunedin before? Have you explored a similar place on your travels? Spill!

The Dead Souls Bookshop is incredible in Dunedin, one of my faves 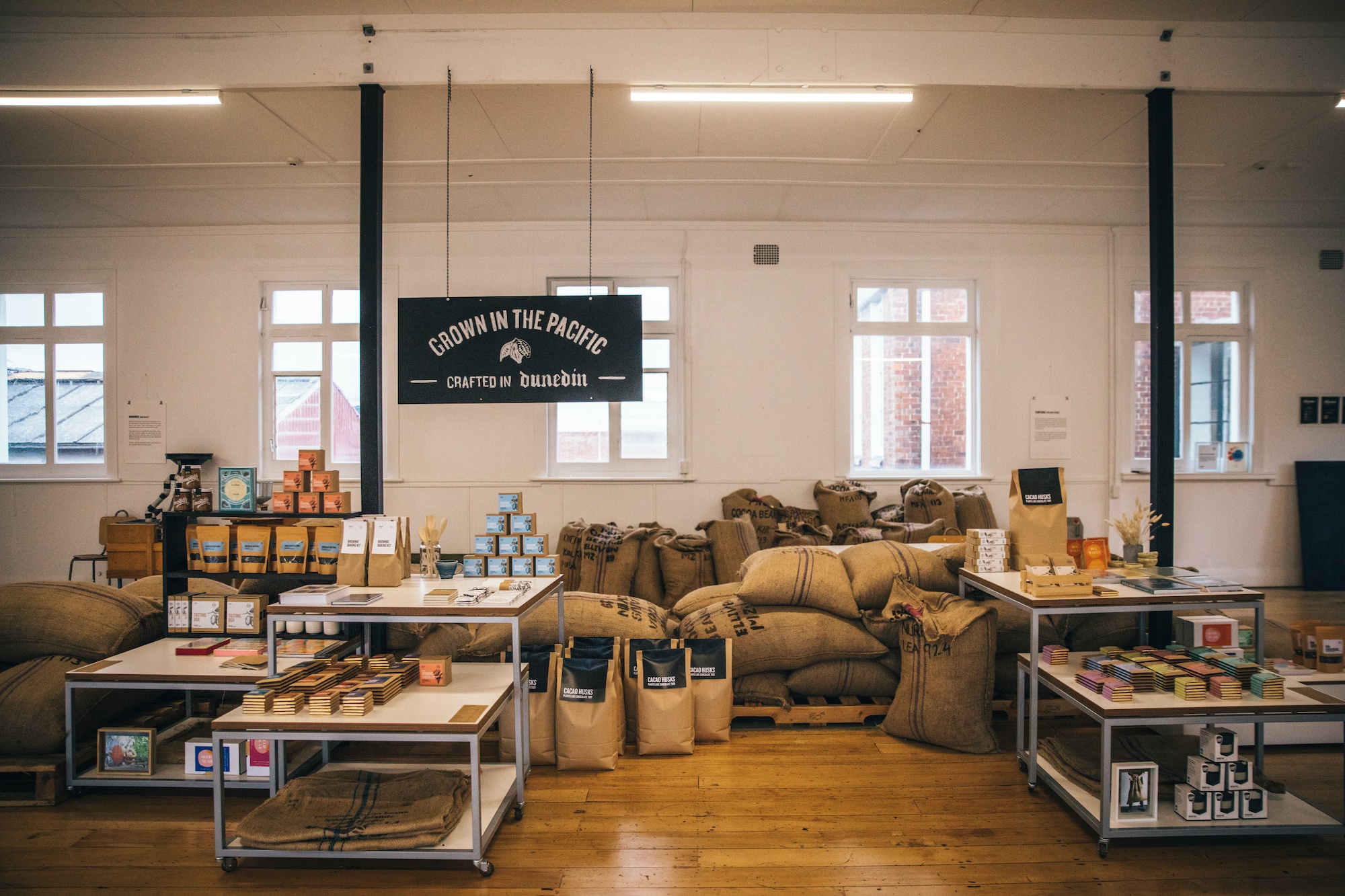 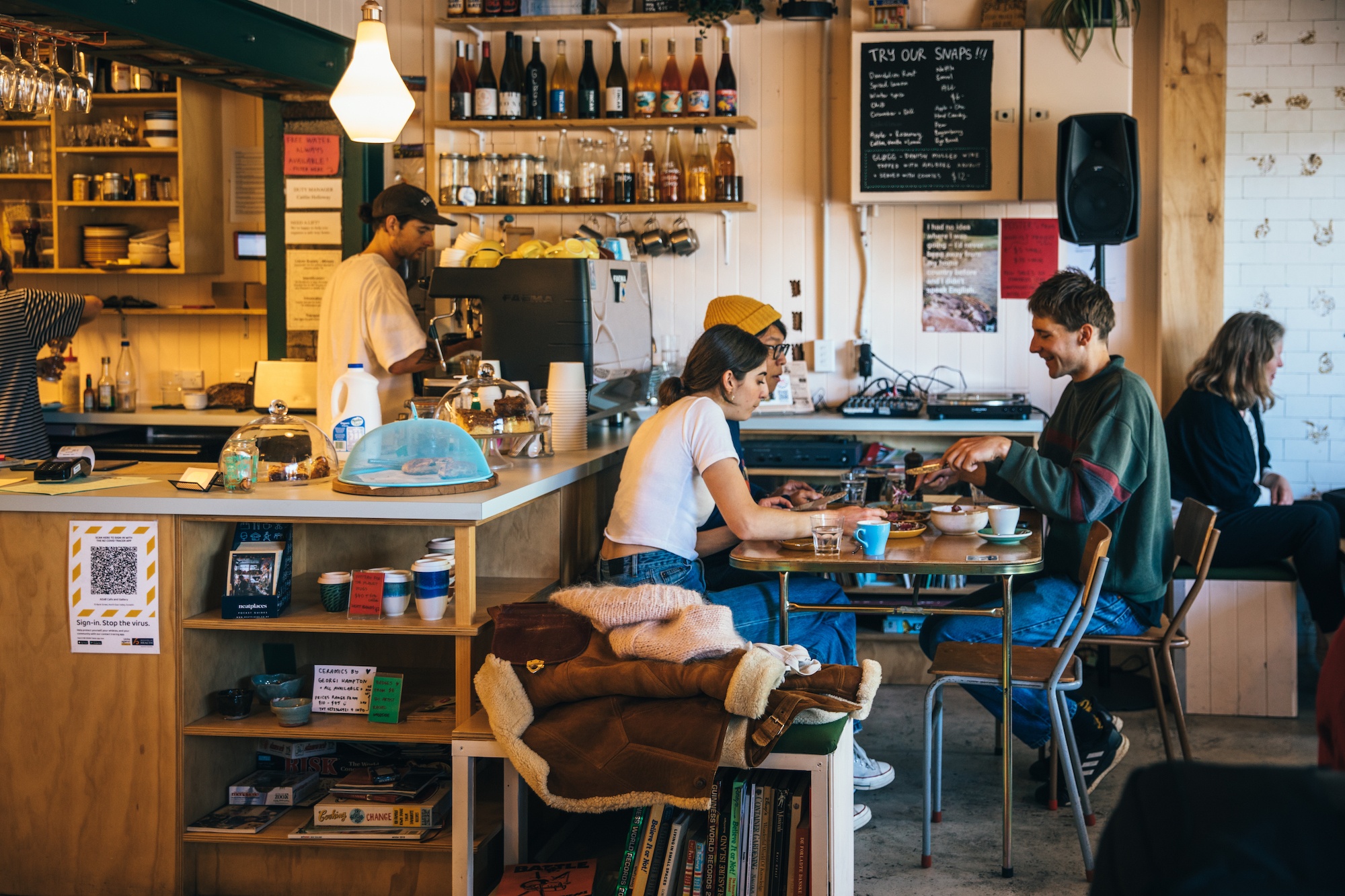 There are so many unique cafes to chose from in Dunedin 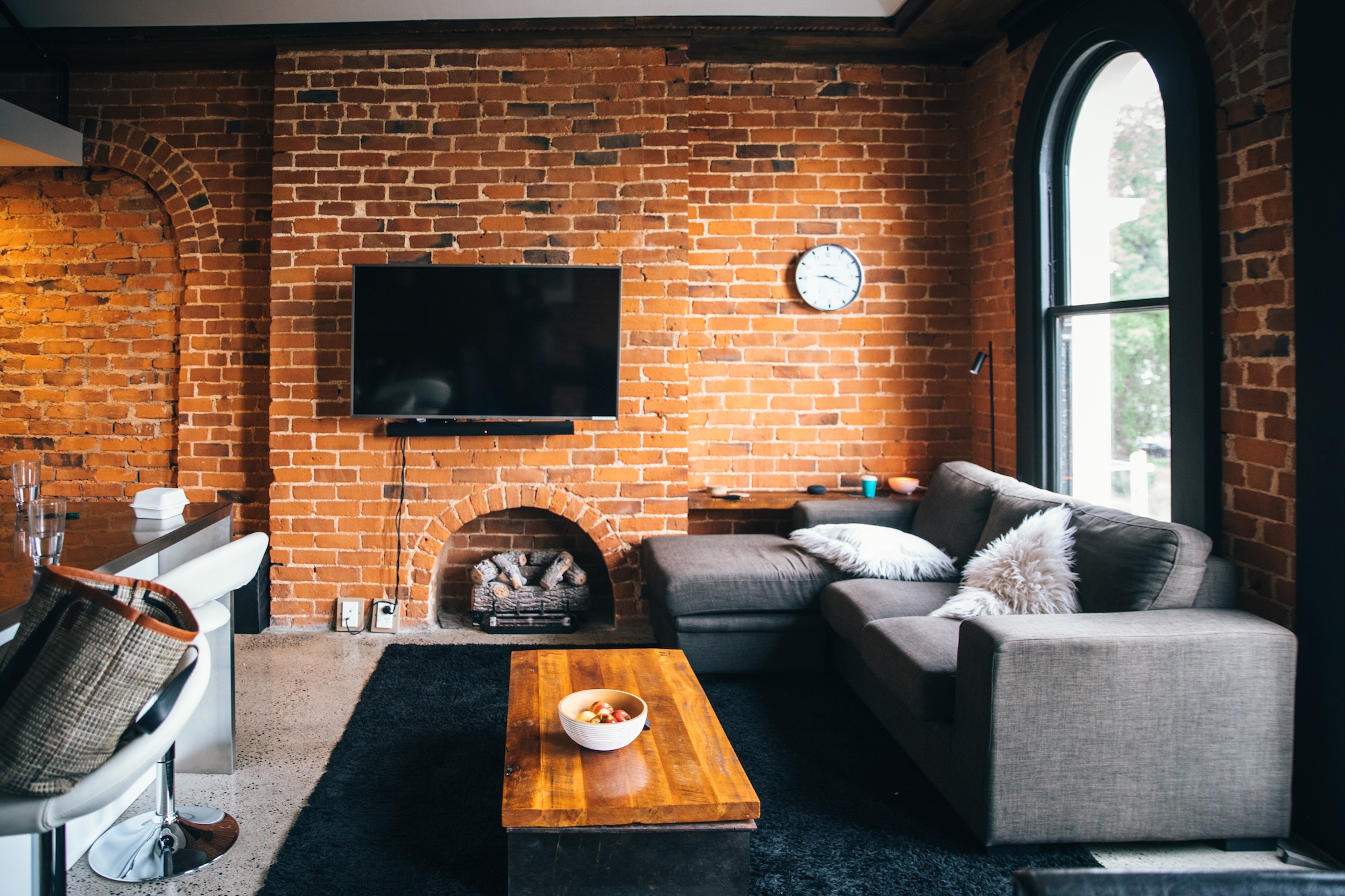 The Terminus Apartments are a great base in downtown Dunedin 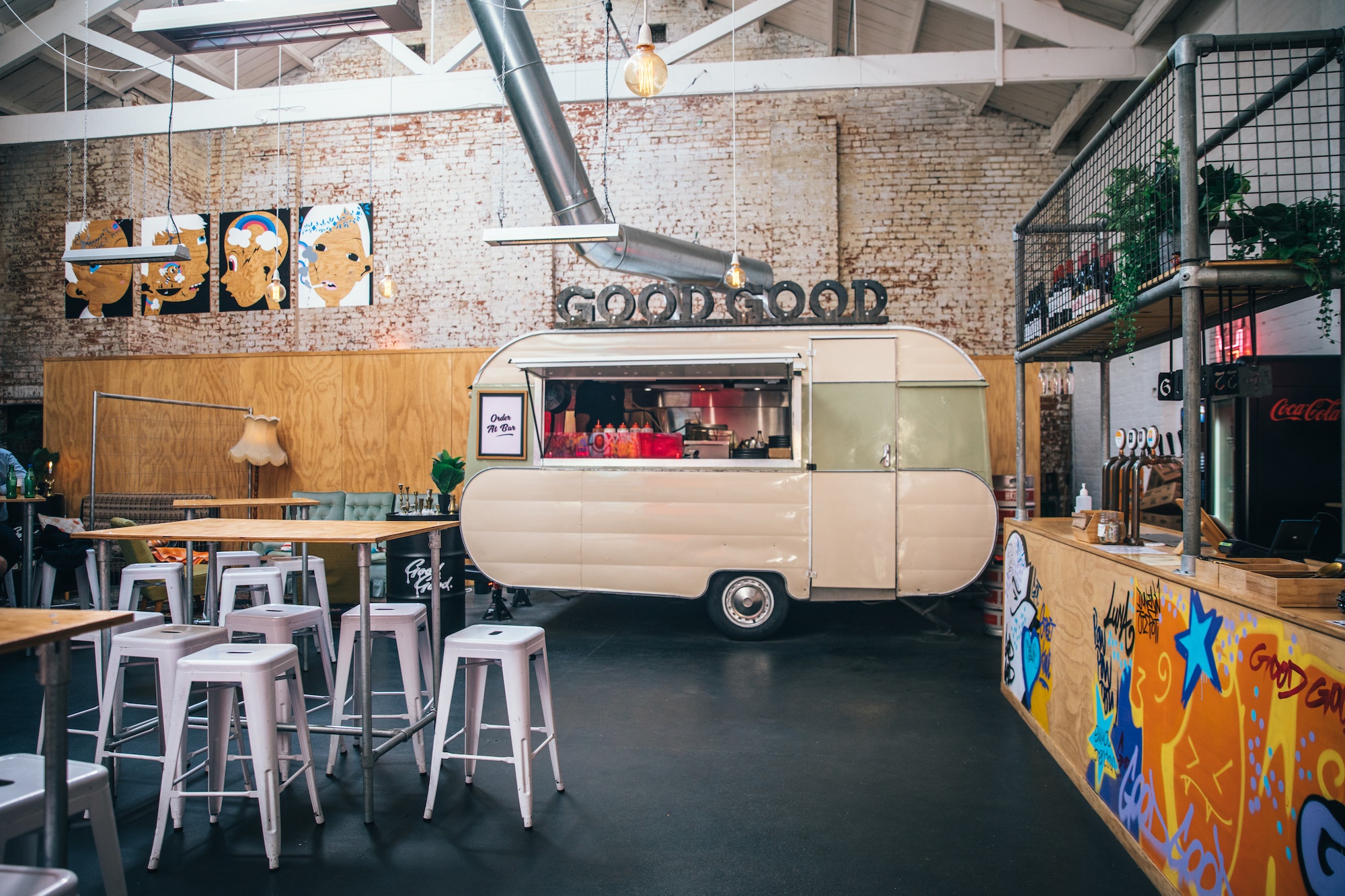 Many thanks to Enterprise Dunedin for hosting me to visit Dunedin. Like always, I’m keeping it real. All opinions are my own like you could expect less from me!

Written by Liz and was published on May 10, 2021 in Accommodation, Adventures, Destinations, New Zealand, Photography 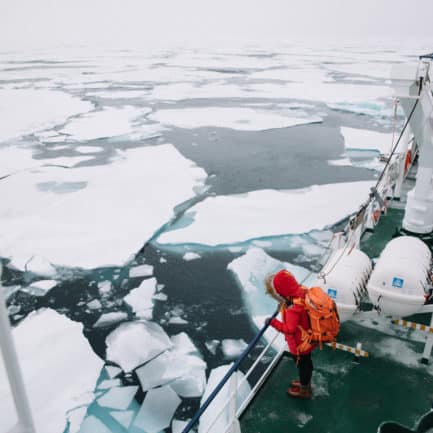 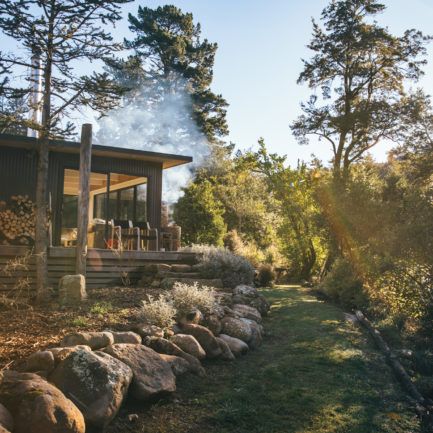 25 photos that will inspire you to visit Rockwood Station 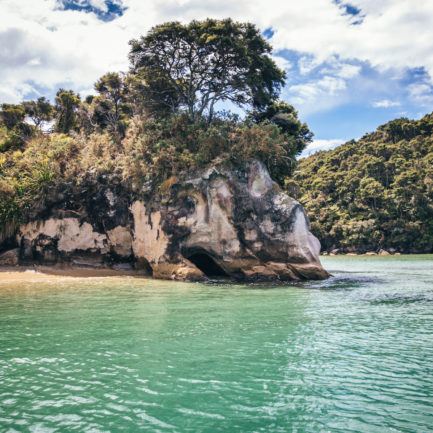 25 photos that will inspire you to visit the Nelson Tasman