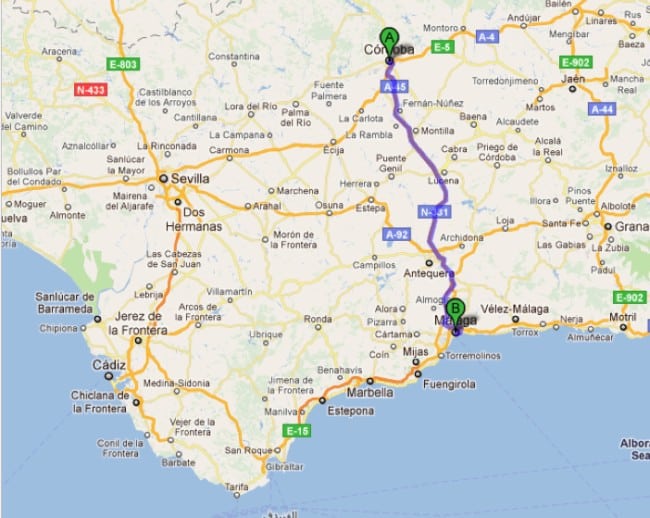 My teaching job in Córdoba, Spain ended in May, which meant that I had the month of June free before I had to be in Switzerland for my friend’s wedding. I really wanted to escape from my unairconditioned piso to the beach, so I could relax and work on getting tan (a seemingly impossible feat that I somehow managed to succeed at for the first time!) Luckily, I was able to sublet a room from a friend of a friend in Málaga, probably Spain’s biggest and most famous beach city, only an hour away from Córdoba on the train. I could even see a bit of the Mediterranean in the distance! A real win win!

Now of all the beaches in Spain, Málaga is definitely not my top choice, nor even in the top 10. It has a pretty well-earned reputation as being big, dirty and full of annoying tourists traveling through on their way to more fabulous beach resorts. However, Málaga surprised me, and by the end of the June, it had in fact won me over. It is a big bustling port city, that in spite of being the center of the massive tourist industry on the Costa del Sol, it is surprisingly Spanish and Andalusian in feel and culture. The city center and the historic old town are clean and well-maintained and beautiful, exuding the same traditional air and vibe that you can find around the rest of Spain.

Founded in Phoenician times, to say that Málaga is old is a massive understatement. In the center of the pedestrian old town you can find old narrow streets and wide beautiful promenades, with cute old buildings with colored shutters and little tucked away churches. Of course all of the modern fashionable shops are in the center as well, but interspersed with your typical Spanish cafés and restaurants. There is tons to do and see in the sixth biggest city in Spain, so I have decided to make a top 5 list of things to do in Málaga, with some more detailed posts coming soon!

1. Wander around the palatial Muslim ruins of the Alcazaba and climb up to the Gibralfaro castle ruins to take in the great views of the city and the port.

Seriously, the Gibralfaro is MAGICAL and one of my favorite things in Málaga. So magical in fact that I will devote a whole other post just to them. It is definitely worth the painful half hour climb to the top. The views of Málaga and the Mediterranean are unparalleled. 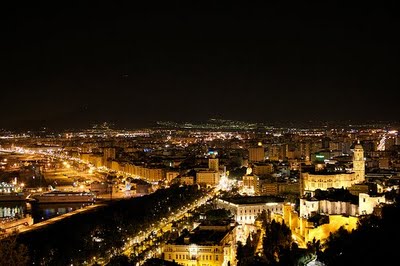 View of Málaga at night from the Gibralfaro 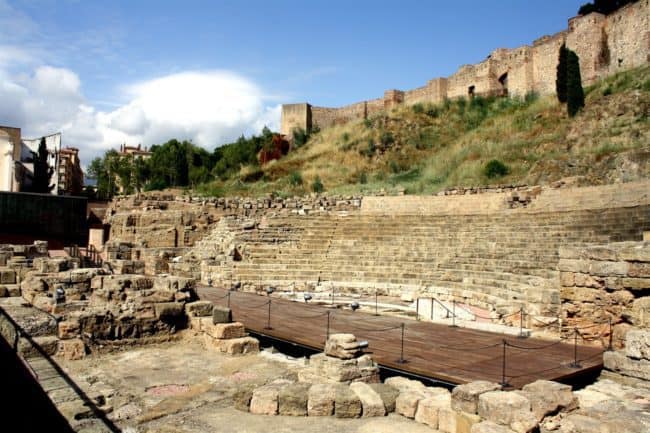 View of the Alcazaba and Roman amphitheater

2. Take some time to explore Málaga’s unique Renaissance cathedral and to wander around the old town.

I am a huge cathedral girl; whenever I am in a city that has a cathedral, I am there; One day I will count them all. Maybe. Anyways, in my experience they are some of the few historical places that remained really well-preserved, usually because they are still in use today. Málaga’s cathedral is nicknamed la Manquita or “The one-armed lady” because it only has one of it’s two facade towers completed. 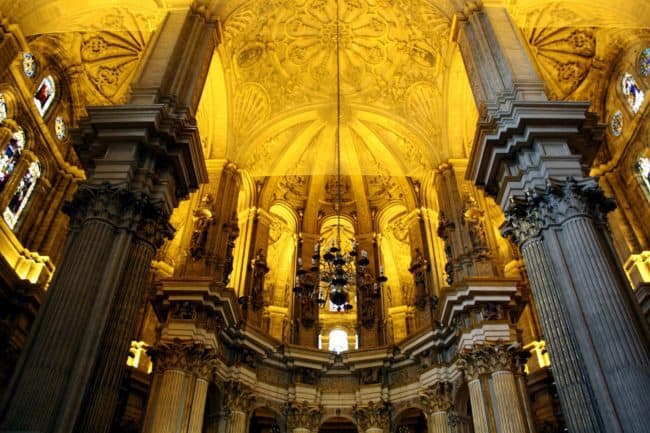 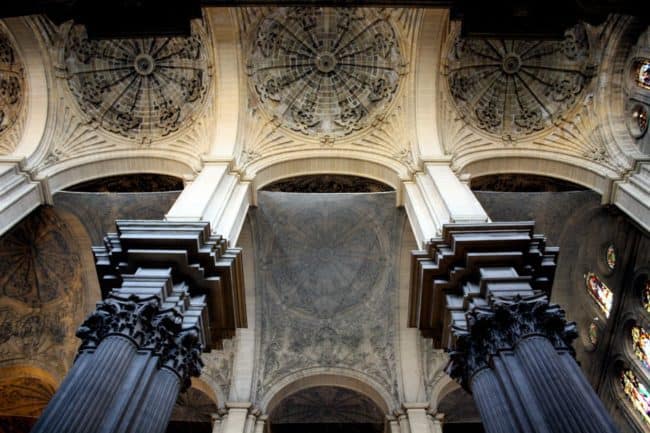 Home to one of Spain’s most famous sons, there are many opportunities to catch glimpses into Picasso’s early life in this thriving city. You can visit the house he was born in which is now a museum, as well as spend an afternoon getting lost while trying to find the entrance to the Picasso Museum and then get lost even more trying to underrstand his great work, which (trust me) is definitely worth the wait. 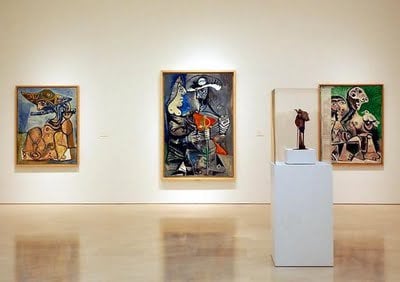 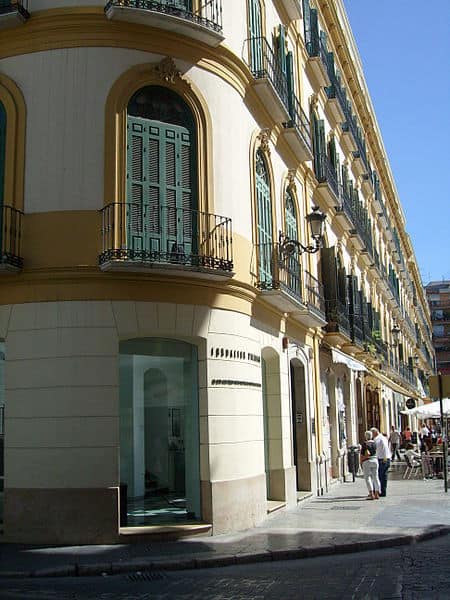 House where Picasso was born

4. Now if you aren’t tired of walking around some museums, you must try to squeeze in some time to visit the new Carmen Thyssen Museum in Málaga.

It just opened this year, and I have completely fallen in love with it. I went there twice in a month! It is located in a beautiful, sunlit building in the city center, and it houses a lovely collection of mostly 19th century Spanish art. It is all sweeping landscapes and romantic ocean views, and so many pieces depicting traditional Andalusian life. It was just incredible!! Sigh.

5. Ok, now as much as I want to believe everyone goes to Málaga for it’s unique culture and wonderful art collections, I know that in fact people just want the beach, which Málaga has a lot of.

Public beaches stretch far to the east and west of the port, so you definitely have your pick. La Malagueta is definitely the best (safest) choice. Once the summer hits, the beaches get super crowded, especially on the weekends. When school ends in June, it looks like a beach of umbrellas. The water changes every day. Sometimes it’s calm and clear. Other days it’s really rough and dark blue. Generally, it’s pretty dirty-it’s right next to the port, what do you expect. In fact when I was there the water was closed off for a week because of high levels of bacteria. Lovely. However, I did not let that interfere with me going to the beach and swimming almost every day for a month. As much as I am a cathedral girl, I am equally an ocean girl. I can’t stay away from the water. And in general, it was fine. But let’s face it, don’t come to Málaga for just the beach. You can travel less than an hour away from it and find some of the loveliest, cleanest beaches. Instead come to Málaga for a combination of everything, because it has it all!! 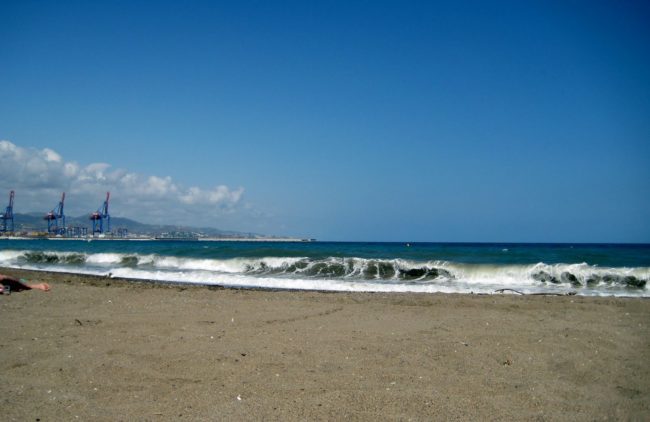 The beach that was a 5 minute walk from my apartment 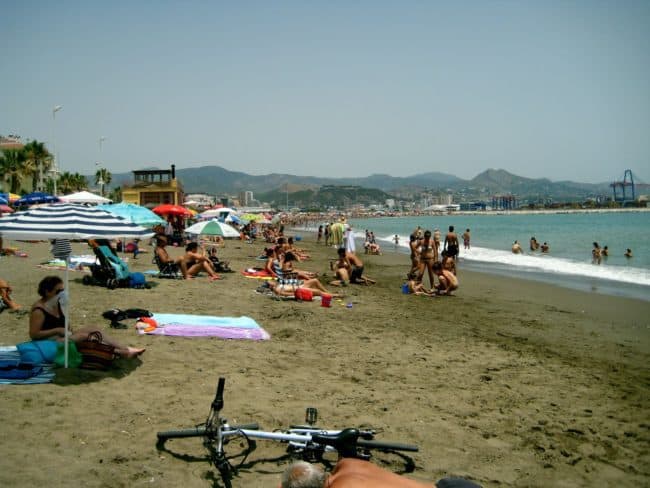 Beach on the weekend is super crowded and not so fun 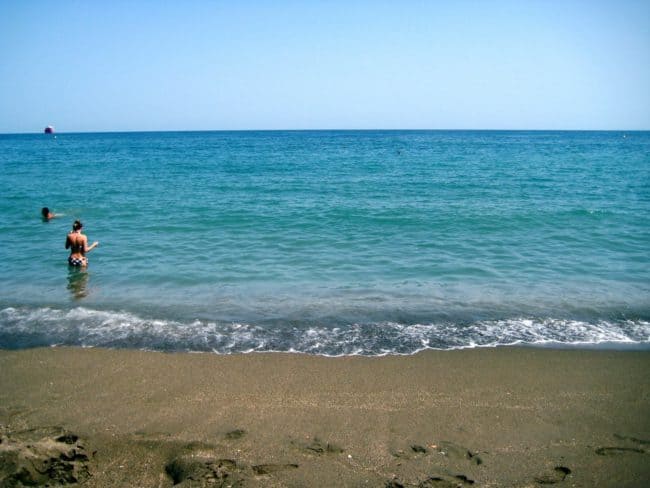 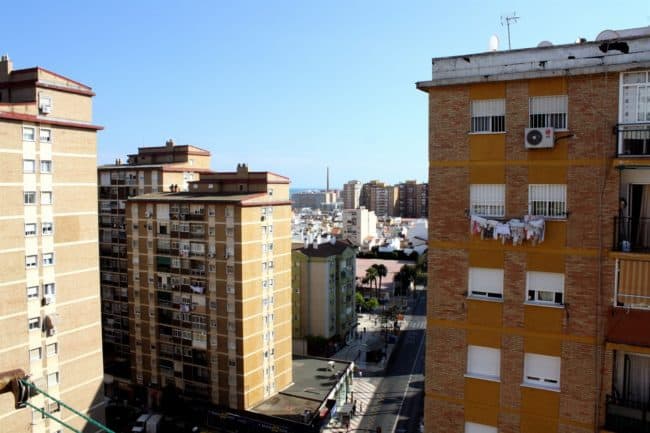 View from my apartment in Málaga! I was on the 12th floor! 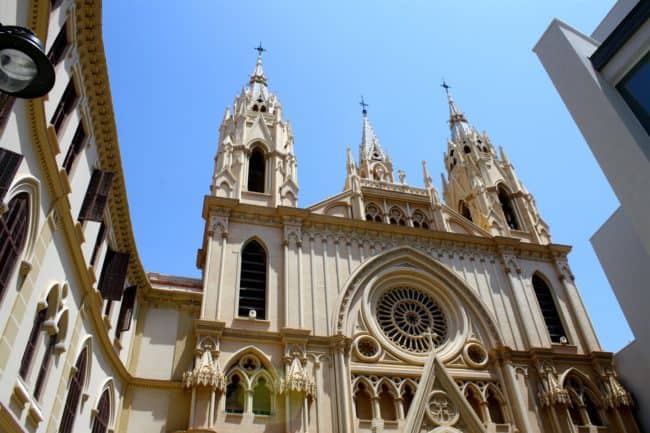 Beautiful church in the city center 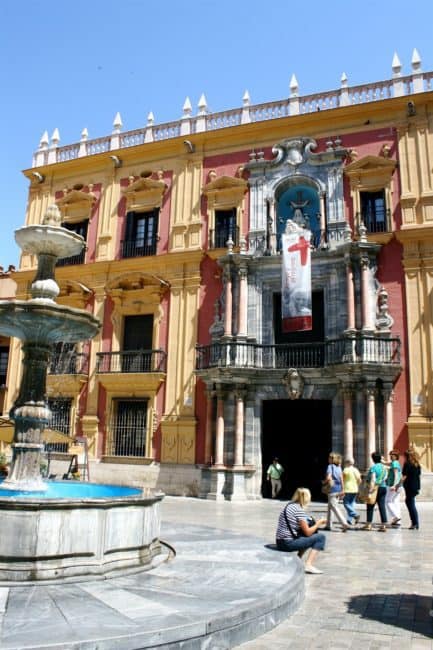 Around the city center in Málaga

View of the cathedral in the old part of the city
Written by Liz and was published on July 25, 2011 in Europe, Spain and tagged in alcazaba, andalucia, beach, Carmen Thyssen Museum, gibralfaro, la malagueta, malaga, malaga cathedral, muslim spain, picasso, summer

Málaga: the Alcazaba and Gibralfaro