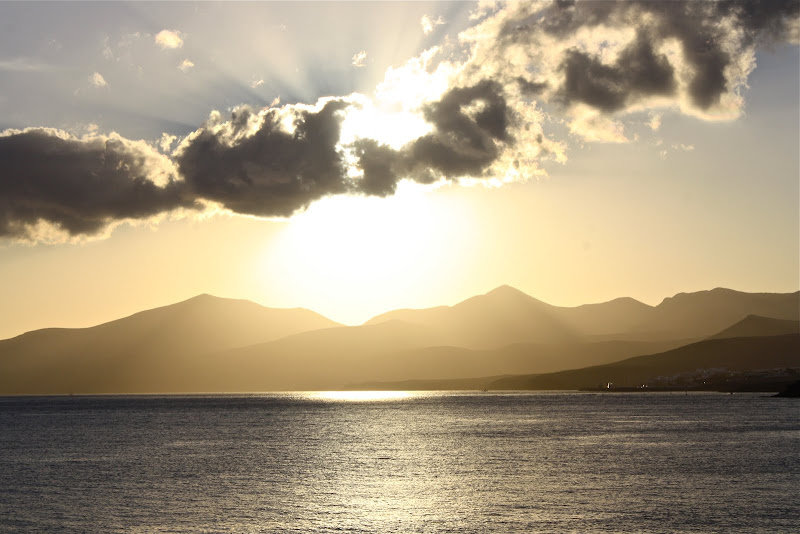 I am not a big vacation resort traveler. When I get the time off from work, I love to have a jam-packed, adventure-filled vacation, seeing as many new places as possible. I generally dislike destinations catered to tourists, where people automatically address you in three different languages and serve only foreign food. However, as the bitterly cold February began to sink in, cabin fever set in, and I realized I needed to get out of Logroño, preferably to somewhere warm. I decided on going to the Canary Islands for two reasons: firstly, because it’s one of the few regions in Spain I have yet to visit and I wanted to knock it off my lists, you know how I am about my lists. Secondly, and let’s be honest here-most importantly, it’s warm and sunny all year round and the flight was 60 euros. Bam, sold!
Last weekend I had had four days off, so I booked my pale self down to Madrid to catch an early flight to Lanzarote. I decided on Lanzarote of all the islands because it looked the least developed and most beautiful, according to twitter and google. 3 hours later I was sweating in my jeans in front of the apartment I rented for next to nothing smack on the beach in Puerto del Carmen. However, I had the starving marvins so I quick changed and went exploring. For my American friends out there, the Canary Islands are basically the Mexico of Europe, without the delicious food and drug cartels. This means that 9 out of every 1o people is a tourist and probably from Germany or England. To be honest, food-wise this was actually fine for me, since I was on vacation and I wanted a break from Spanish food. So I had packed in the big English breakfasts (seriously who eats beans for breakfast? Weird!), fish and chips, and bratwurst sausages. Probably packed on the pounds too, ho-hum.
However, it felt so weird to be in Spain but have people address me in English. Just because I am blonde and sunburned doesn’t mean I can’t speak Spanish damnit! By the end I just answered everyone back in Spanish, toma-style. Take that! After a lovely lunch of jacket potatoes in the sun on the boardwalk, I sauntered back to my apartment to change into a bikini and go lay on the beach for a few hours. It was probably in the upper 70’s with a light breeze (around 25° for my euro readers), perfect beach weather. Go ahead and hate me.
My first day on the island I went to rent a car, fully expecting problems because in Italy they wanted me to pay an outrageous deposit first. However, I befriended the lady at the desk, Pilar, chatted up with her for a bit, wore my nicest summer clothes from Massimo Dutti (a posh Spanish store) to make myself look older and more sophisticated, which I guess worked because she rented me the car without any deposit or credit card! WIN! When I went to pick it up the next day, Pilar told me that they had no more cheap tiny automatic cars left, so she hooked me up and automatically upgraded me to a luxury automatic no extra charge. When she led me outside to the Saab convertible, it took all my self-control not to squeal like one of my students and jump up and down with glee! DOUBLE WIN! Hot damn, this was gonna be an incredible weekend, I just knew it….
Have you ever been to Lanzarote or the Canary Islands? How do you feel about relaxing beach vacations versus more off the beaten track tourism? 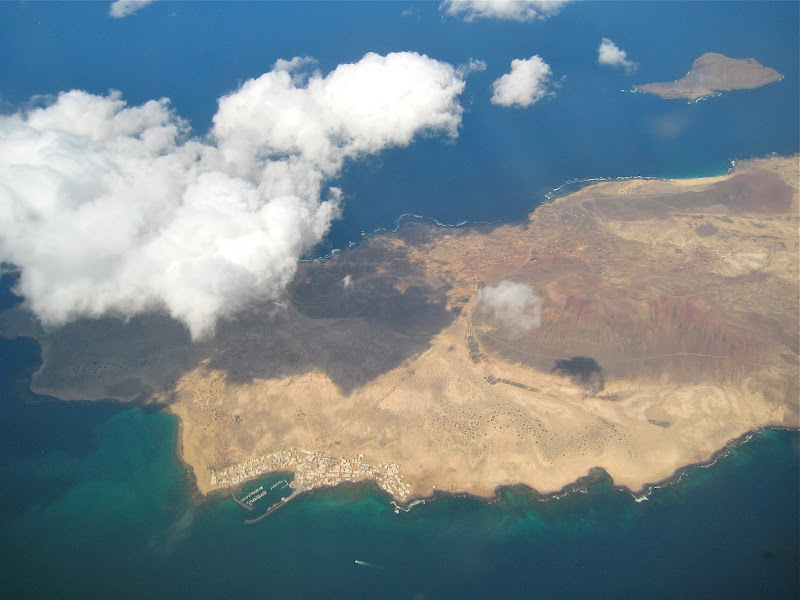 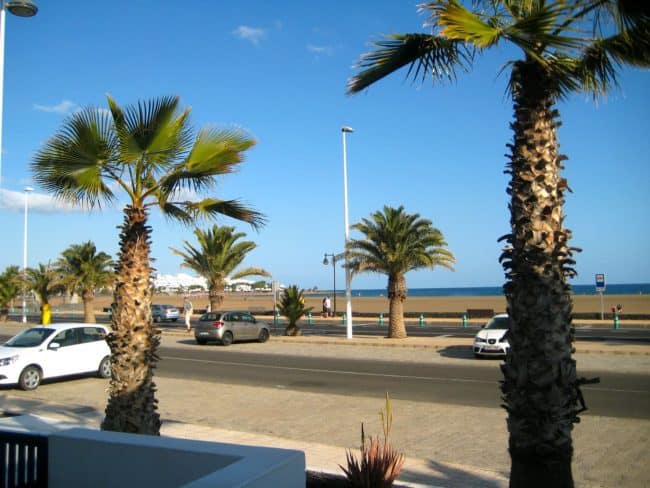 View from my apartment, palm trees!! 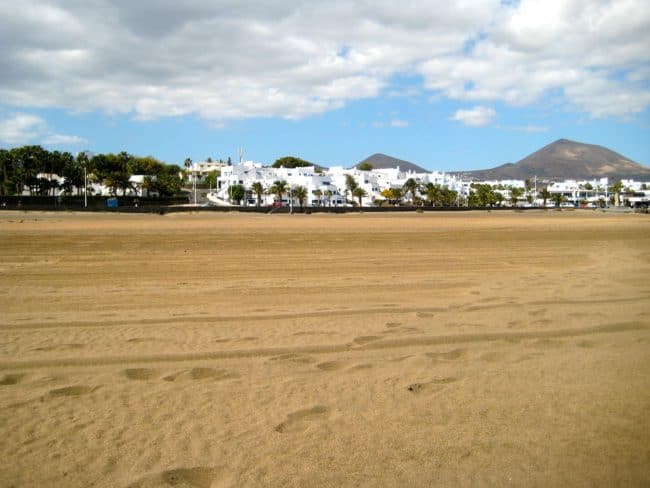 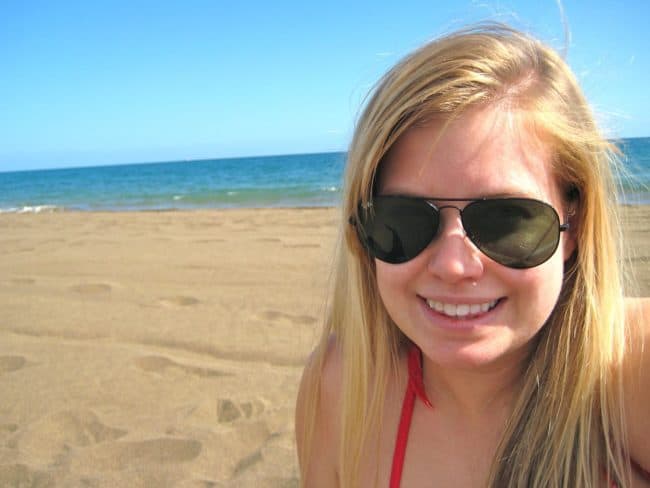 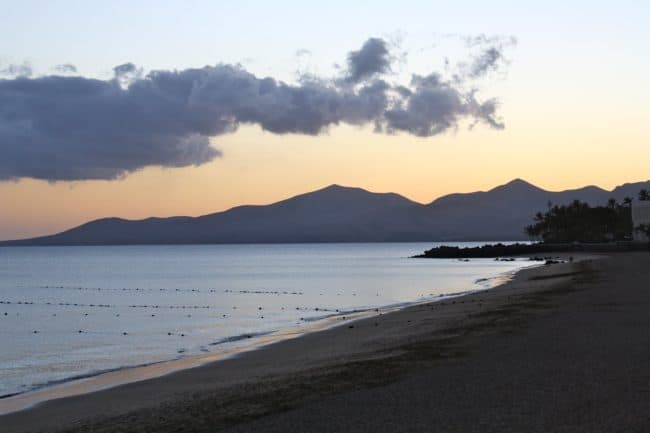 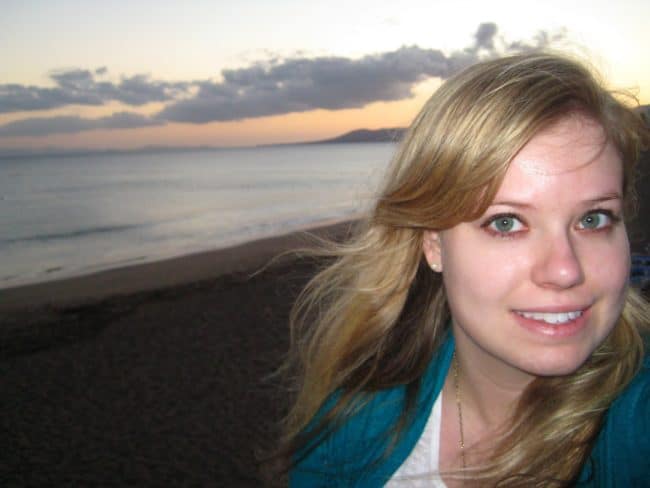 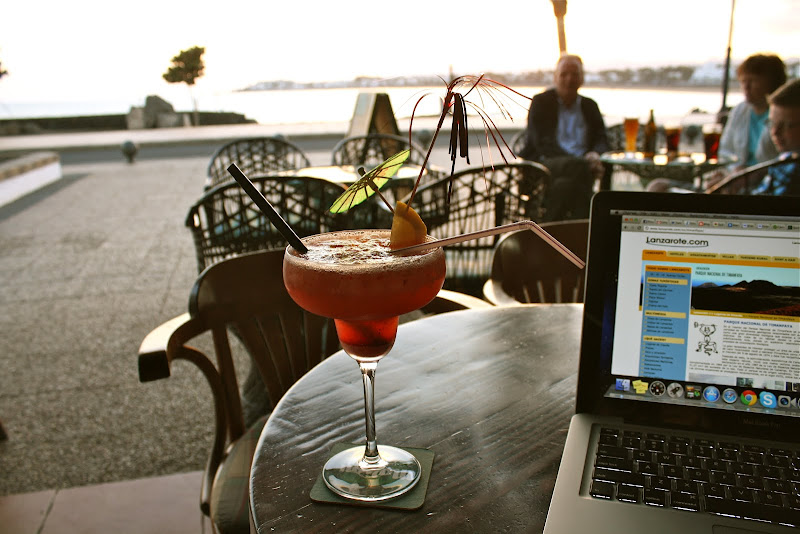 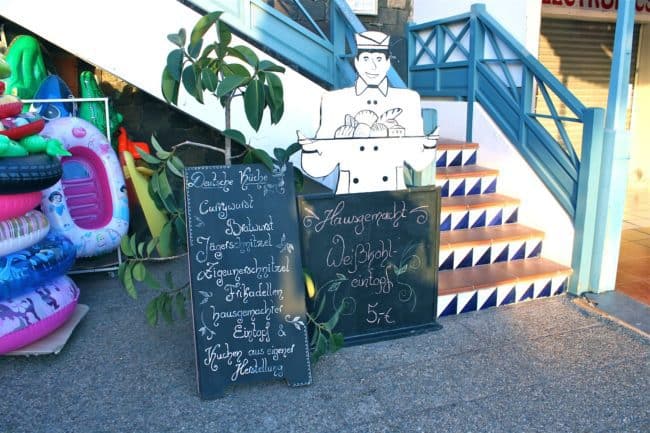 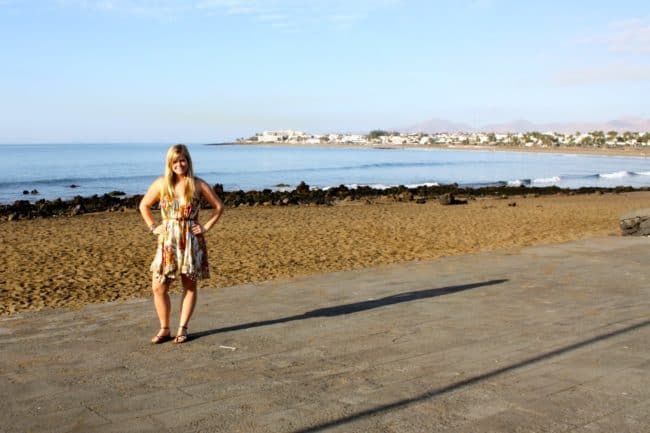 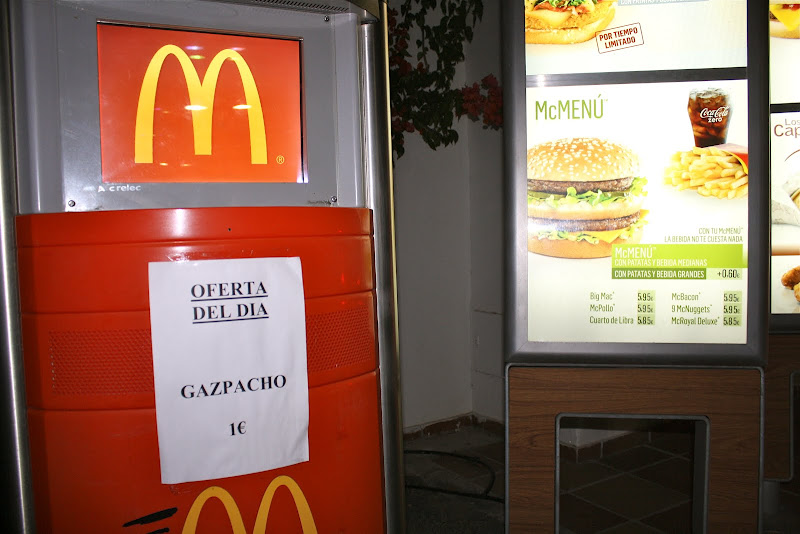 You know you live in Spain when…. 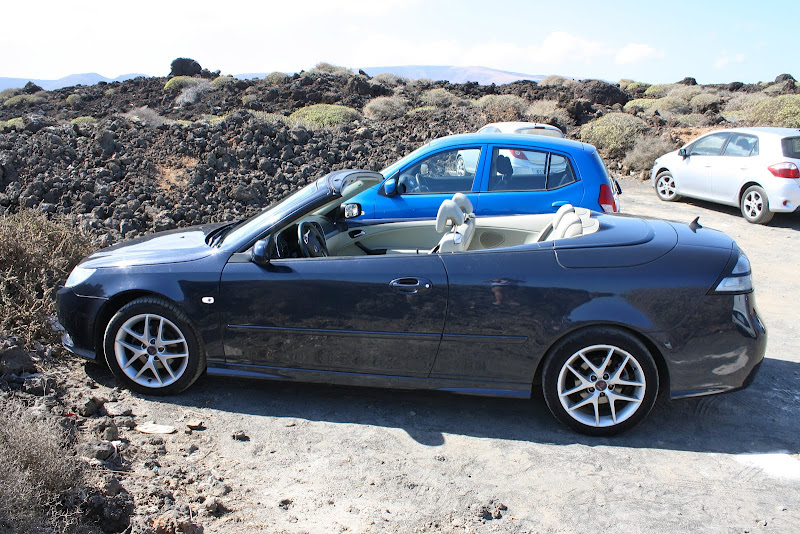 My sweet ride!
Written by Liz and was published on February 25, 2012 in Europe, Spain and tagged in lanzarote, las canarias, the canary islands

8 Comments on “First Impressions of Lanzarote”

On my last day in Lanzarote, I decided to save the best for…Read More