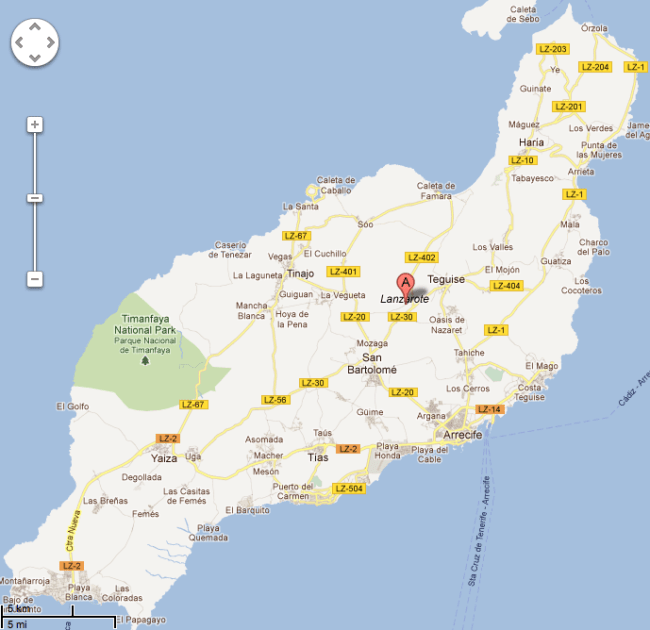 My first day in Lanzarote was just incredible. After scarfing down an enormous English breakfast and picking up my convertible for the weekend (oh yeah!) all I wanted to do was drive around with the top down, especially since I hadn’t driven a car since September! I decided to head up north since it was the furthest I would probably be traveling over the weekend. By far the biggest tourist attraction I had heard about in Lanzarote was the Jameos del Agua. Ok, first stop. With a map by my side, the radio blaring (British 90’s hits, the only station I picked up. Figures), and my hair flowing in the wind, I was off on my way!

The Jameos del Agua are worth a visit if you are in Lanzarote, if only for an excuse to drive up the northern coast. Basically it is an underground grotto, cave-like place that formed during one of the many volcanic eruptions on the island. It is now shaped like a tunnel filled with the brightest, bluest water you have ever seen! Along with tons of tiny white, blind crabs. So don’t fall in. In the typical Spanish island lifestyle, there are two bars, a restaurant and a dance club built in to the complex. Who say’s tourist sights can be boring? 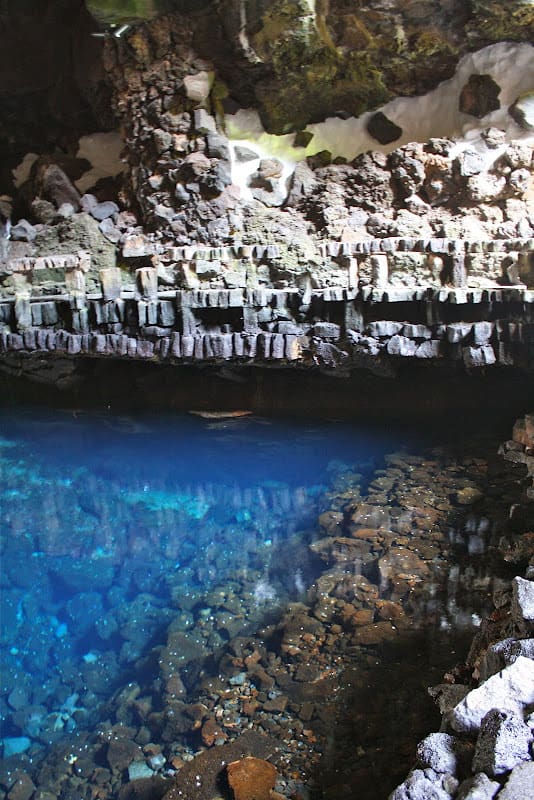 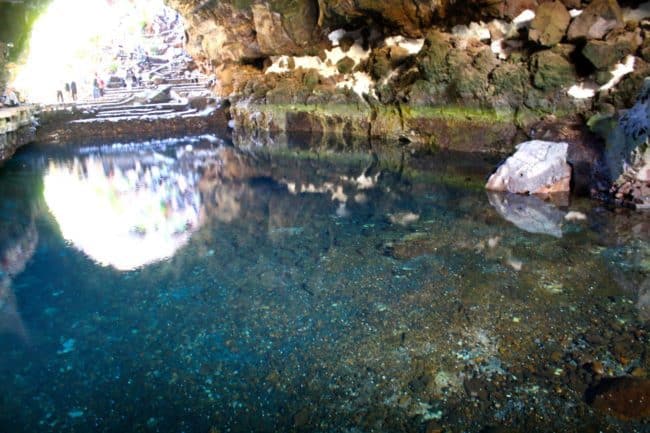 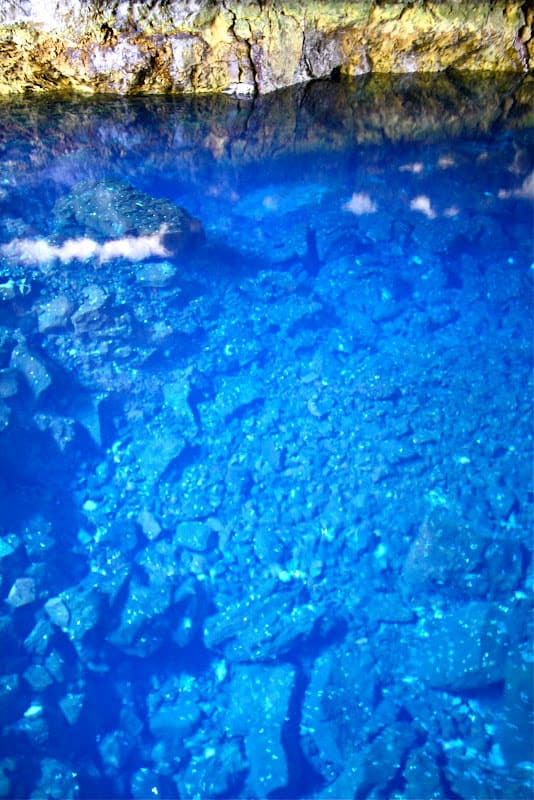 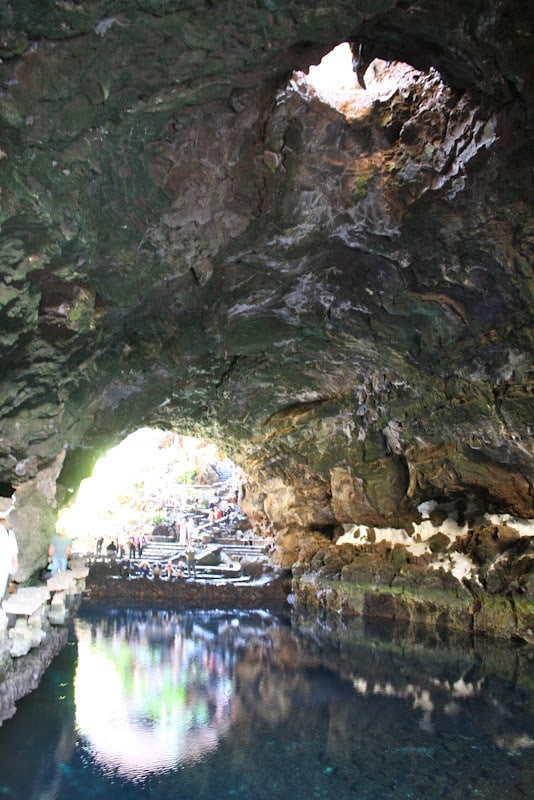 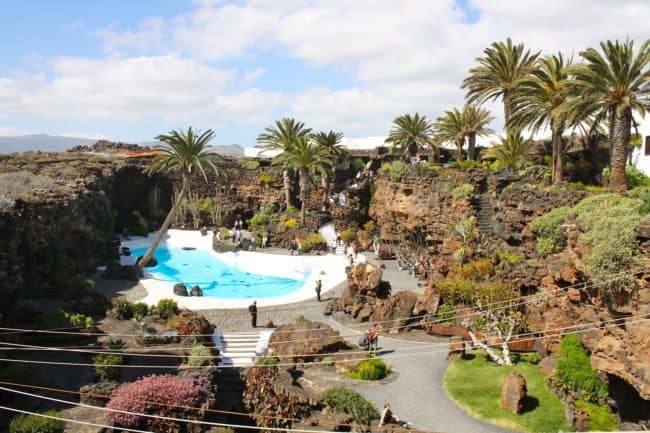 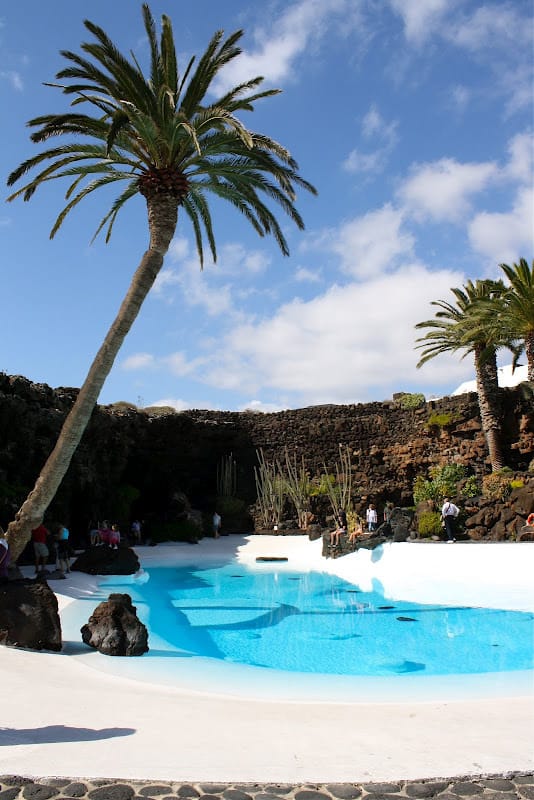 After that I decided to drive even further north along the coast towards Orzola, to see what it had in store. Well, the town was nothing special, but all along the road with the most beautiful, secluded sandy white beaches you have ever seen! I slammed on my breaks when I passed the second or third stretch of white sand and clear blue water and parked in a little dirt lot on the side of the road, threw on my bikini, grabbed my towel and sunnies and started walking. I saw maybe 2 or three people while I was there, so it felt like my own private beach! However, I was slightly scarred to note that they were ALL nude sunbathers. Did I mention they were men? Old men. Definitely scarred. I spent a good part of the afternoon between being sprawled out on my towel and swimming in that water. It was cold, but not too cold. Being the nerd that I am, I spent ages staring at all the little fishes darting around, trying not to move to see how close they would get. 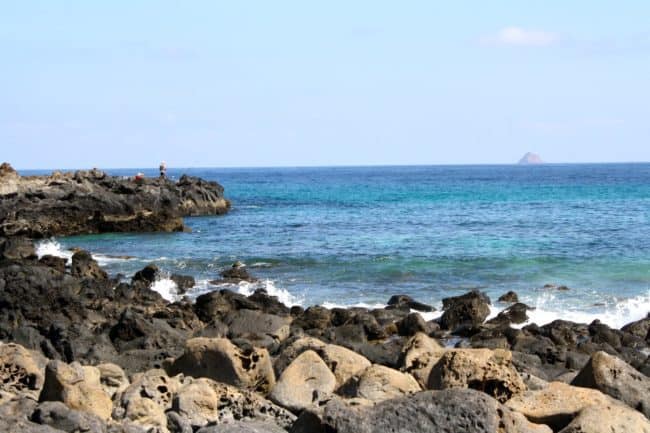 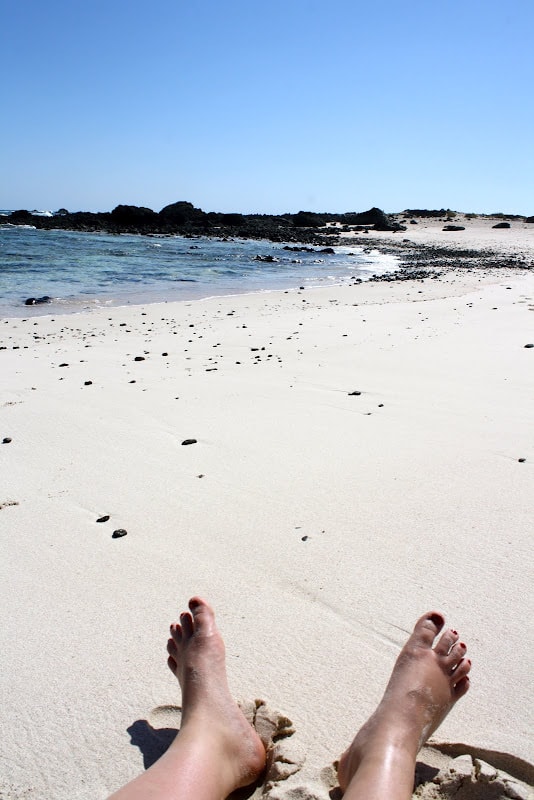 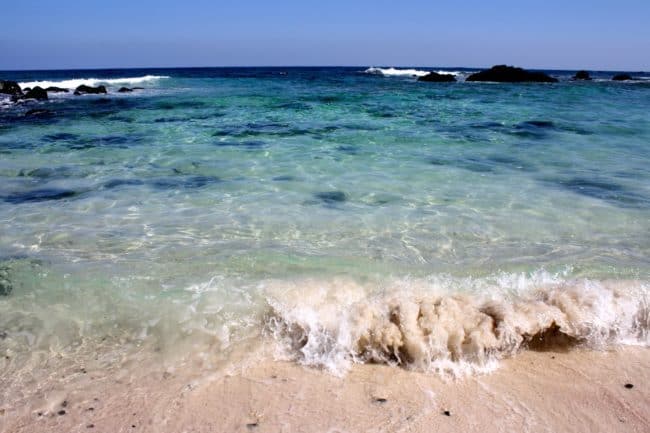 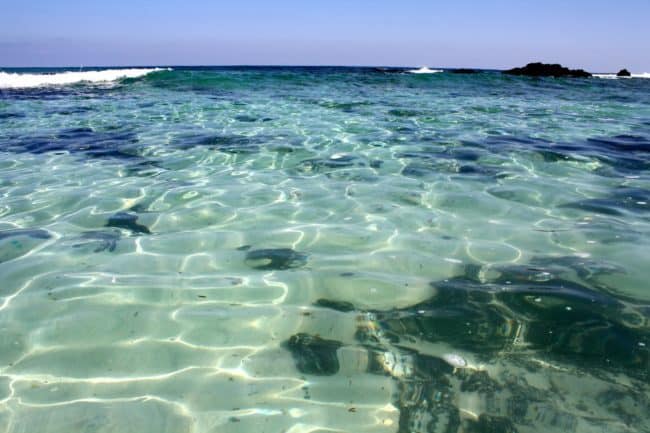 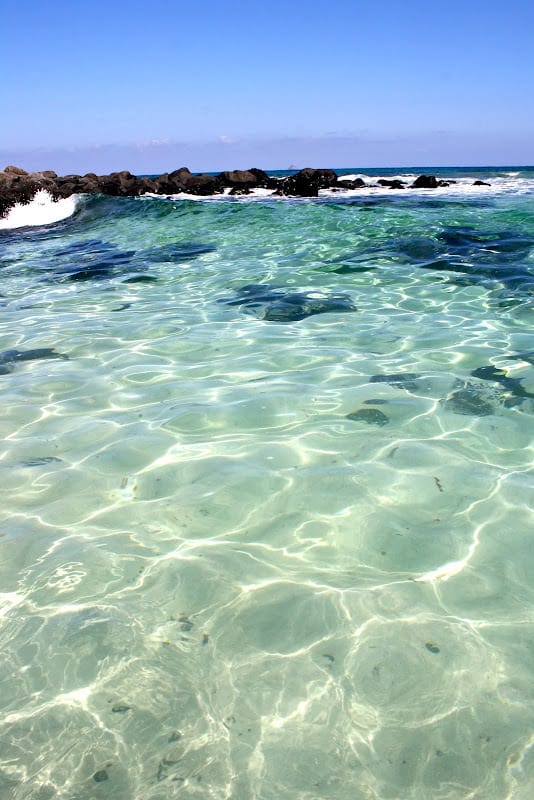 Once I realized I was frying, I left my new favorite beach and decided to drive up to the Mirador del Río, a famous lookout point on the island. The drive up there was particularly terrifying, all winding, narrow mountain roads that you have to beep the horn when you go around the corner. Just what I needed on my first day driving in 5 months. Keep me on my toes! All of the views on the way up were interior, so I wasn’t sure what to expect, but once I paid the fee and walked inside through the complex out the back door onto the terrace, the views literally took my breath away. Well they took my breath away after I went to the bathroom to try to make myself look more presentable and rid myself of about 5 pounds of sand. The complex is perched quite literally on top of a huge cliff overlooking La Graciosa island and a seaside reserve, so no ugly, over-run tourist beaches. I could have stood there for hours gazing off, which I basically did. I ended up with about 100 photos of the same view. I just couldn’t help myself!
Have you ever been to Lanzarote? What are your thoughts on off the beaten track beach hunting? 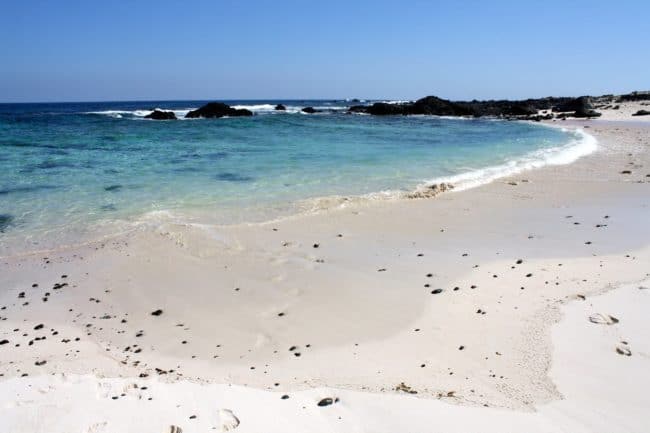 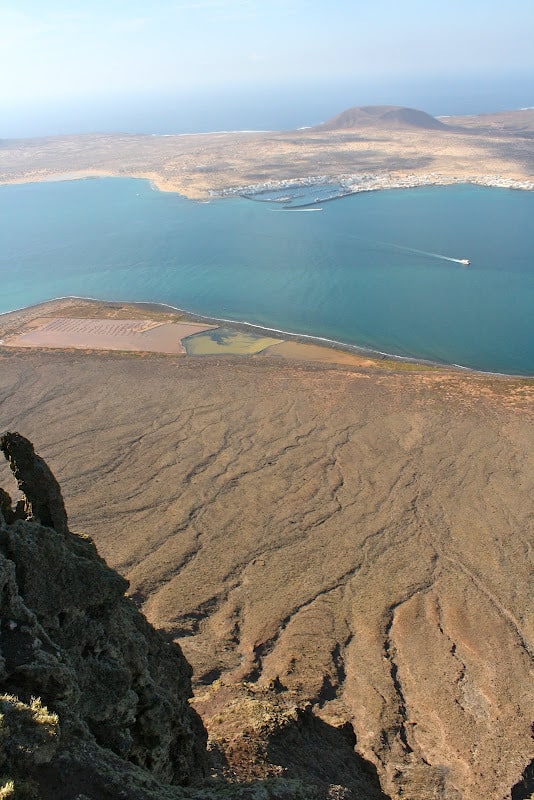 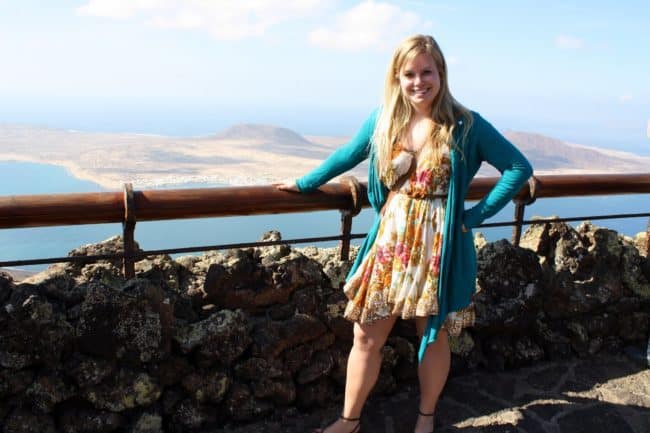 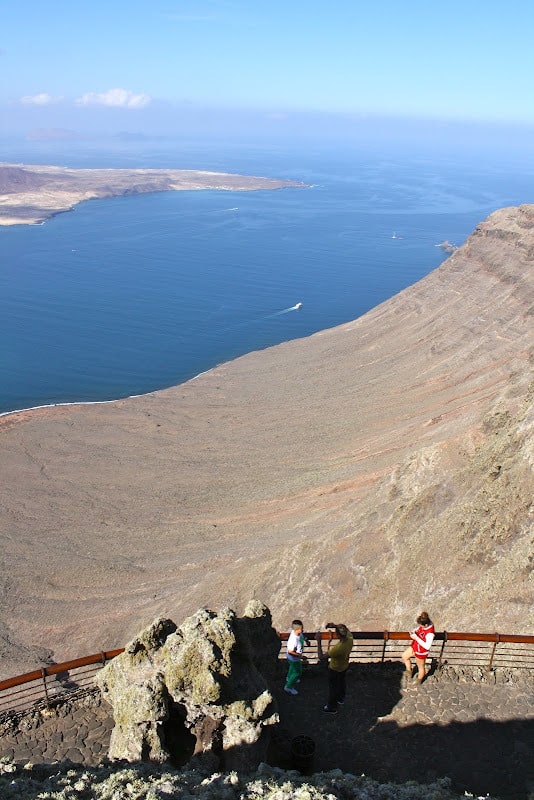 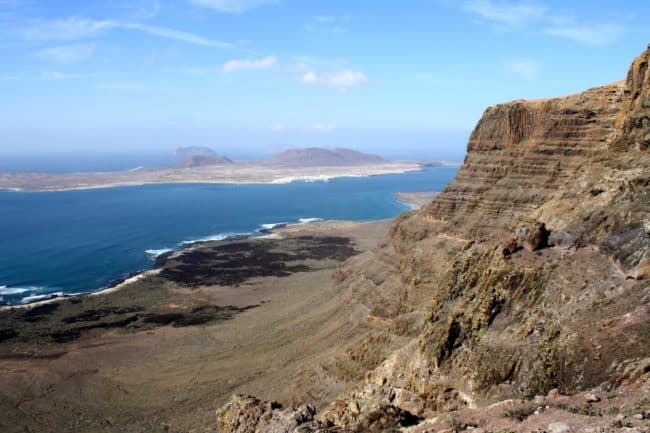 "Life is not measured by the number of breaths we take, but by…Read More

I am not a big vacation resort traveler. When I get the time…Read More