I have been a bad blogger and I have been neglecting my Pincho of the Week project. Between being physically sick (I think I have Whooping Cough or maybe just the plague) and mentally sick of eating pinchos, I needed a bit of a break of my favorite northern Spain snacks. However, thanks to Logroño’s new honor of being named the 2012 Culinary Capital of Spain (what.up.) my love of pinchos has been revived! I am still working on getting better, and in the meantime I have begun exploring a whole new street of pinchos in Logroño. I usually write about places on Laurel, but I have now branched out to the lesser-known San Juan pincho street, which as it turns out, I am an even bigger fan of! The pinchos on San Juan tend to be more elaborate and fancy, with many different options in the same bar, as opposed to the Laurel where most bars are famous for only one pincho.

This week’s pincho is greatly influenced by my nostalgia for (good) Asian food. If someone knows of a DECENT Chinese, Japanese, fusion, sushi (seriously, I’m not picky, except no Thai-peanut allergy) restaurant in northern Spain that won’t cost me a week’s worth of pay, let me know. Otherwise, I dream about the day when I get back to America and can order delicious sweet and sour chicken or spicy tuna rolls whenever I have the urge. I miss those white take-out boxes so much! Luckily, I just discovered a pincho bar on San Juan that serves seafood tempura (on a stick of course). One perfectly tempura fried shrimp is served with a chunk of white cod covered with a dribble of a vinaigrette reduction sauce (soy sauce would be asking too much I suppose). Check out Bar Tastavín on c/San Juan 25 for this delicious pincho (tempura de bacalao y langostino) if you are ever in Logroño with an urge for the taste of home (China?)
Are you an expat in Spain or in Europe? How do you cope with the lack of staple ethnic food found in the States? What food do you miss most and have you found any good alternatives where you live? 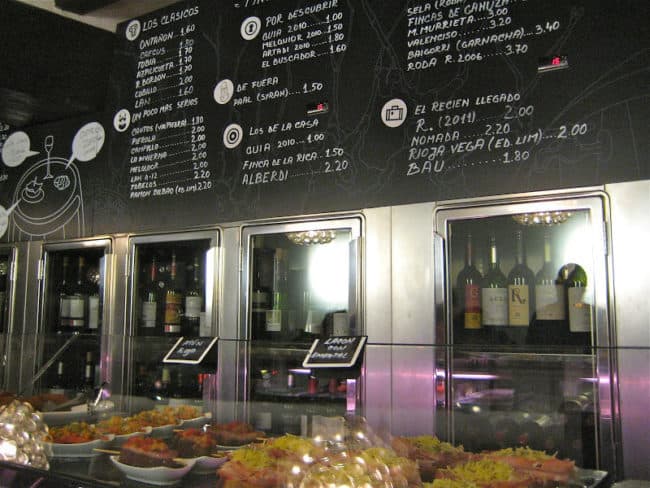 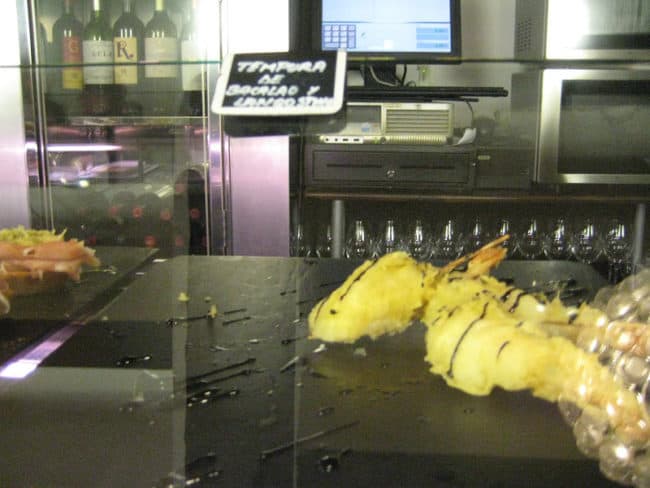 Written by Liz and was published on March 19, 2012 in Europe, Food, Pincho of the Week, Pinchos and tagged in Bar Tastavín, pincho of the week, tempura de bacalao y langostino

7 Comments on “Pincho of the Week: Shrimp and Fish Tempura” 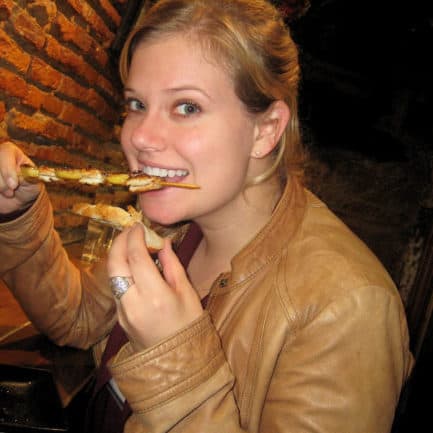 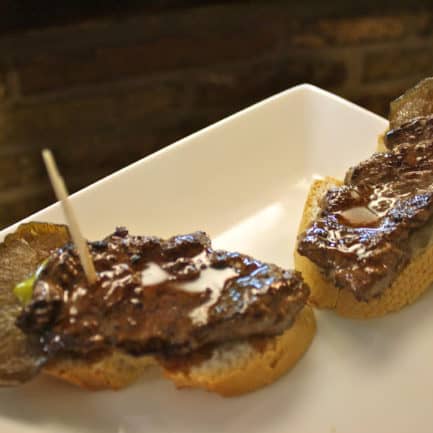 Pincho of the Week: Kangaroo 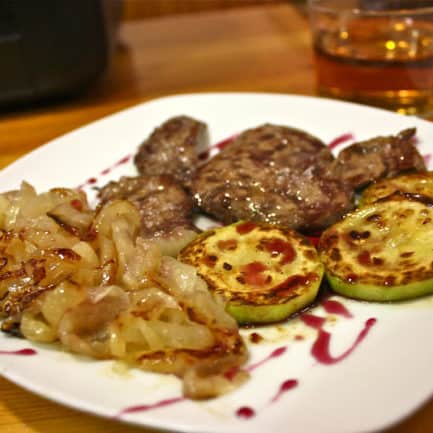