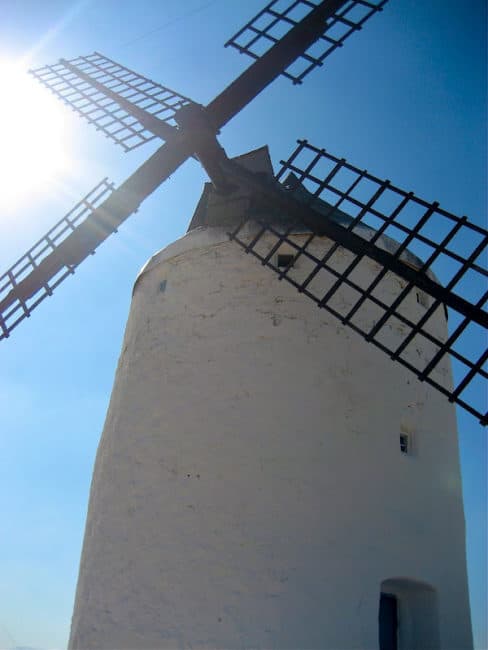 This Photo Friday is so old it is not easy putting a story with the picture. In spite of this, I feel like this is one of the best photos I have ever taken in Spain, and ironically I took it by accident. In the fall of 2007 I was studying abroad in Salamanca, Spain, a beautiful student city northwest of Madrid. Part of the program were several excursions around Spain, and one of them was down to Sevilla and Granada in Andalucía in the south.

On the way back to Salamanca, exhausted from a whole lot of sight-seeing crammed into one weekend, we stopped in the rolling hills of the region of La Mancha to visit the famous old windmills. These windmills are perched high on a long series of hills, overlooking the surrounding countryside. The views are incredible!

The windmills in Spain are famous for several reasons, but the most important for me is because of Don Quijote. At one point in this epic story, Don Quijote, from La Mancha, sees the Spanish windmills and thinks they are giants, so he tries to attack them. I only had my old point and shoot camera on me, and I snapped a couple of pictures, eager to get back on the bus and get back home to Salamanca, when I looked up and took a quick shot of this windmill. Turned out pretty awesome, right? The only other thing I remember about this day was that a bunch of the boys in our program ran off to the edge of the furthest windmill hill and stripped completely naked with their backs to us, posing as if they were conquerers of this beautiful land. Example A why boys will always remain a mystery to me.

Have you ever been to the windmills in La Mancha, Spain? Ever taken a great photo by accident? Felt the urge to divest yourself of clothes in a beautiful place? 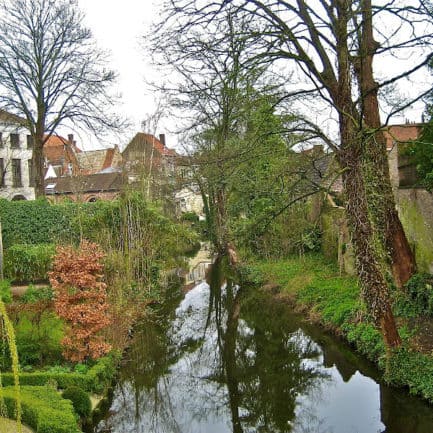