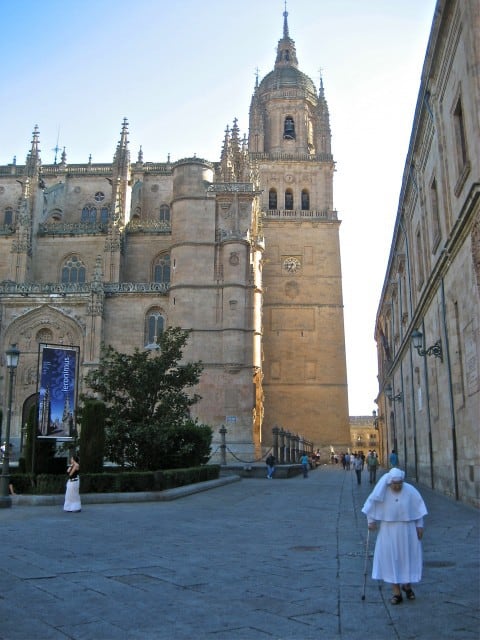 When I first truly fell in love with Spain and traveling was when I studied abroad in Salamanca from 2007-2008. The oldest university in Spain and the third oldest in Europe, Salamanca, is filled with medieval, historical charm. Nestled in the south of Castilla y León, one of the most traditional “Castilian” areas in Spain, it has an ageless feeling and tradition about it. Until the sun goes down and the students come out on the town in some of the wildest parties I have ever been to.

This shot is one of the first ones I ever took in Spain. I was wandering around the old quarter of my new city in September, taking a million photos to show to my friends and family back home. All of a sudden I notice a nun in white walking along the street in front of the cathedral. I was first shocked to see a nun in traditional robes (naive me, now I don’t even blink they’re so common) and then I realized this would make an amazing photo. So as suddenly as I could, I whipped my little old canon out and quickly snapped a pic. Until this day, this is one of my favorite pictures I have taken in Spain, one that I feel really captures Salamanca’s spirit of being both a modern and traditional city.
Have you ever been to Salamanca, Spain? Did you study abroad? Did it have a big impact on you like me?
Written by Liz and was published on June 29, 2012 in Europe, Living in Spain, Photo Friday, Spain and tagged in castilla y león, photo friday, Salamanca, Spain, study-abroad 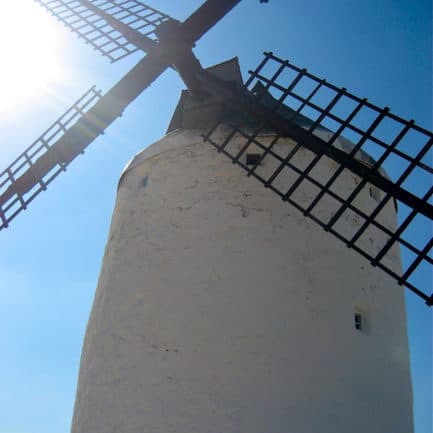 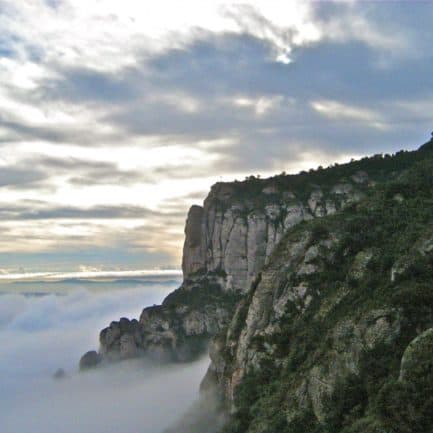 Back a few years ago when I was living in Salamanca, my parents…Read More

In January of 2008, I was backpacking my way around Europe for 2…Read More
More travel stories