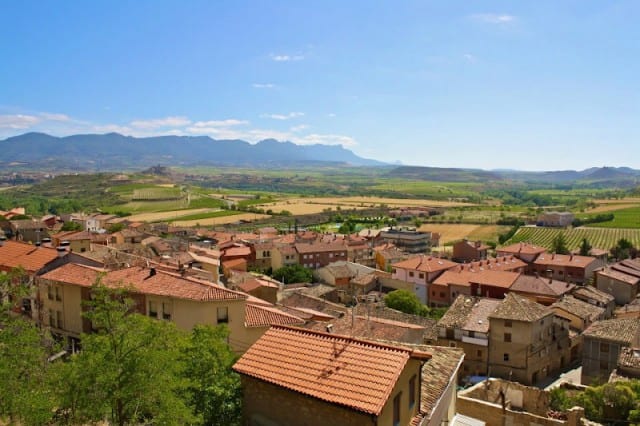 The beautiful Rioja village of Briones in summer

The majority of my time in Spain has been spent during the academic year. Blazingly hot in the summer, most sane people flee to the coast to bear out the oppressive heat in July and August. But not me. Not this year.

Instead of heading home for the summer, or moving to the beach like last year, I am sticking it out up here in Logroño in the north, silently spending my days (attempting) teaching English, nannying two of the most adorable toddlers, and occasionally working at a summer camp. The rest of the time I spend drinking wine, working on my tan and having siesta’s in front of my fan. Life is hard.

However, summer in Spain is beautiful. Though my world hasn’t changed drastically since summer started, northern Spain and La Rioja certainly have. Inspired by a post I saw of one of my favorite France expat bloggers, I decided to share with you all 6 signs that summer is in full swing here in northern Spain. 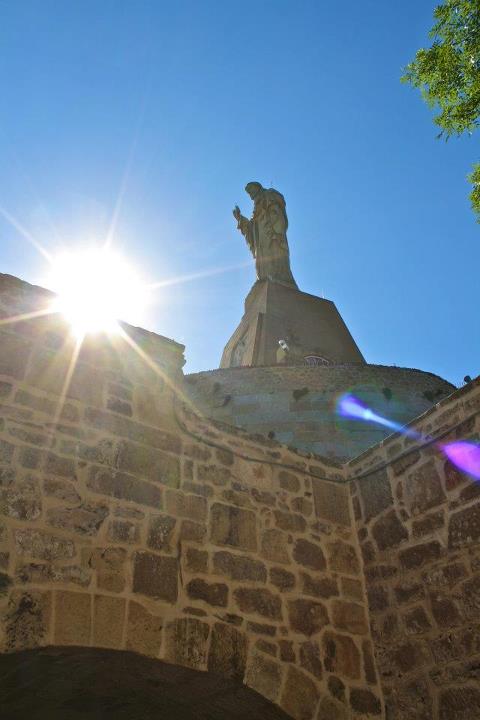 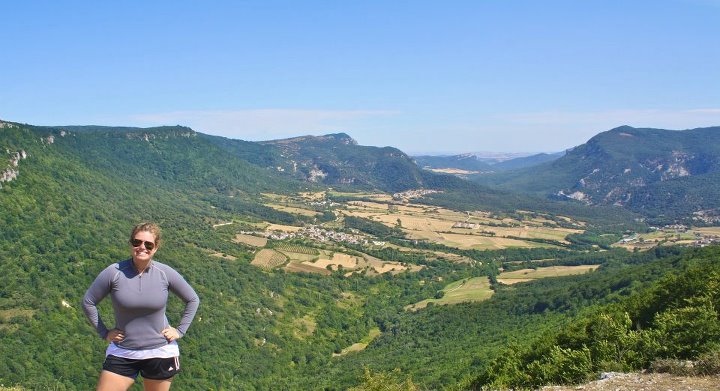 One of my favorite surprises about northern Spain in the summer is the fact that it’s not as hot as I thought it would be. Last summer in Córdoba in the south, I thought I was going to die it was so hot. It was a dry heat, that smacks you right in the face as soon as you walk outside, and it doesn’t get any better at night. By May I learned to walk all my routes in the shade. But up here in Logroño, although it’s still hot during the day, it’s bearable and at night it can get downright chilly. 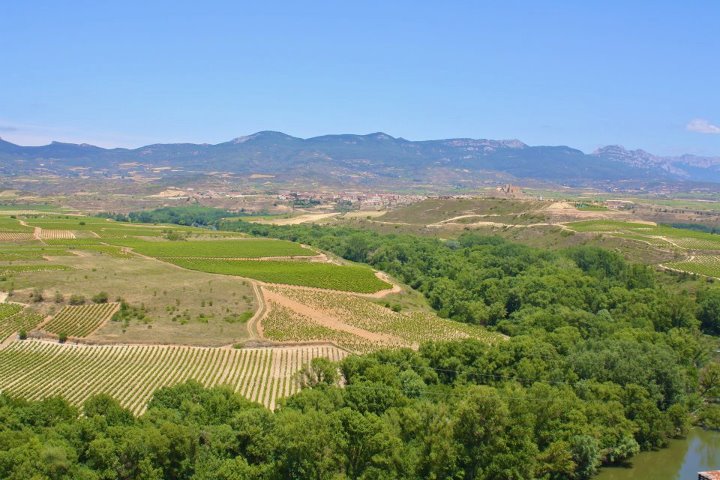 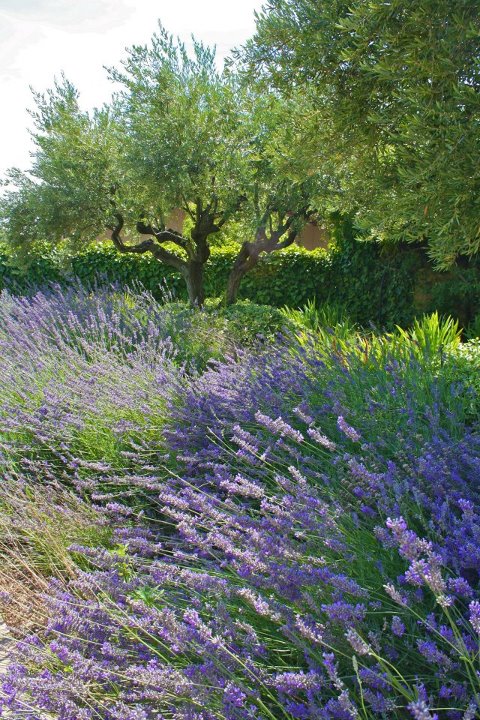 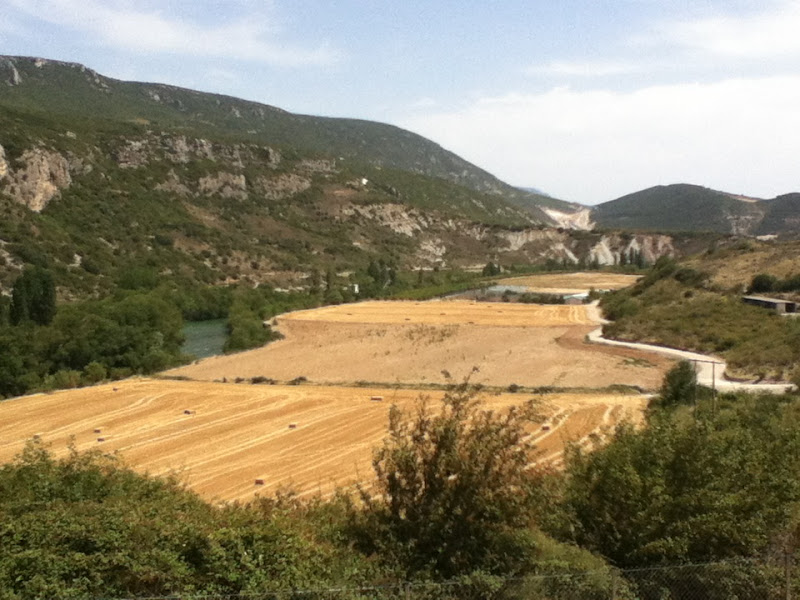 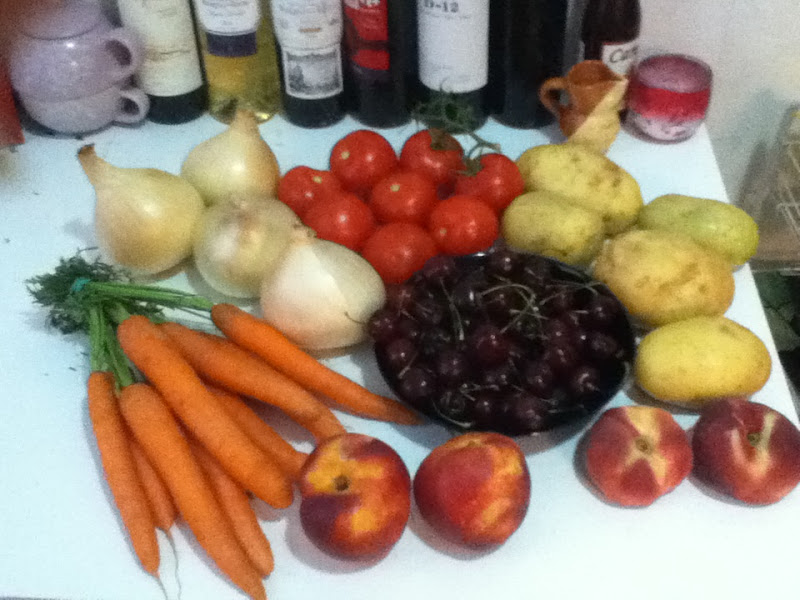 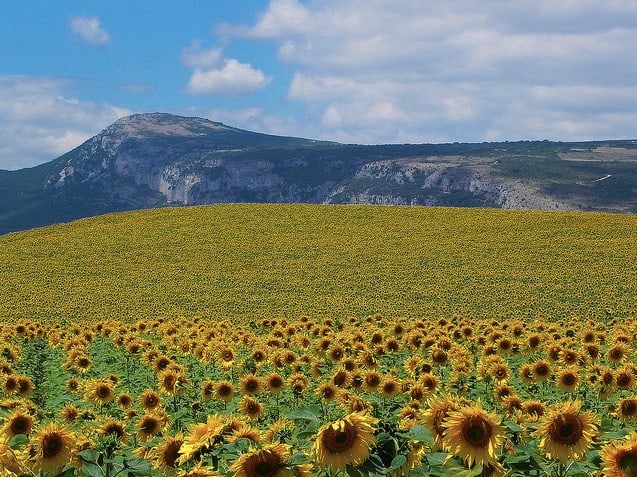 Man I though the countryside in northern Spain was pretty damn pretty throughout the year, but in the summer, it is particularly spectacular. La Rioja is hilly fields of pale wheat, green vineyards and forests, and yellow sunflowers as far as the eye can see. The further north you go, into Basque Country or Navarra, the land gets even greener, becoming mountainous and filled with green forests and flowery meadows. Everything smells heavenly. The northern landscape really comes alive in the summer. The markets are filled to the brim with amazing fruits and veggies for real cheap. Combined with amazing weather, summer is probably the best time to visit northern Spain! 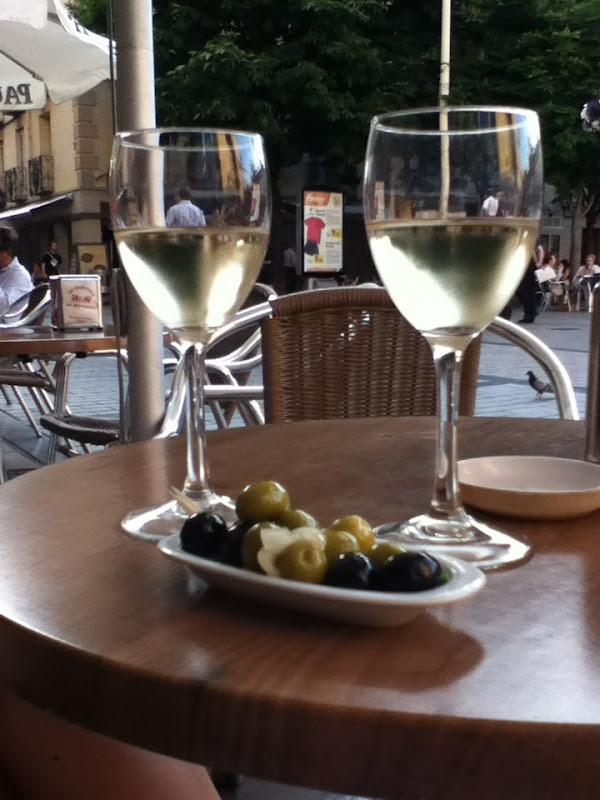 Summer in Spain is characterized by long, lazy days, where the sun comes up early and sets late, after 10pm. Though this is pretty standard in Spain all year long, this combined with the bright sun, blue sky and dry heat, everything moves slower now. I don’t feel in a rush for anything (which is probably a bad thing). It’s easy to spend hours sitting outside at a terrace sipping on chilled white wine and munching on olives with friends without a care in the world. 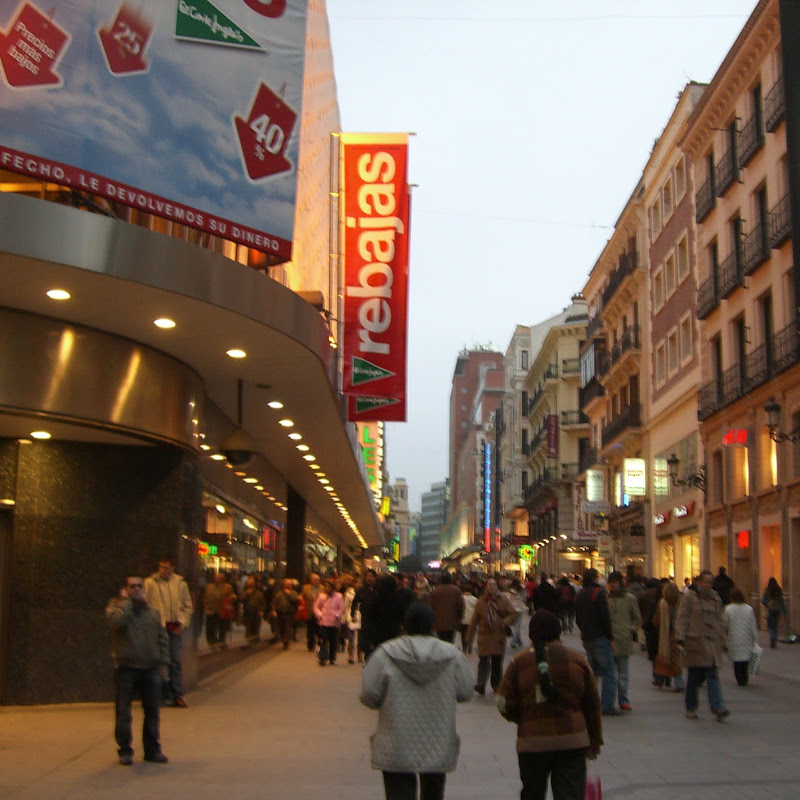 Sales hit Spain twice a year, in January and July when shops hoard all their unsold merchandise and put it out for a month-long free for all. Girls like me wait until the first day and then storm our favorite shops looking for this shirt or that dress that was too expensive a week earlier. This summer I got INCREDIBLY lucky and found 3 things I had been eyeing since February. A high waisted baby blue skirt and lime green baggy pants from Zara, and a beautiful leather watch from Massimo Dutti. You know, in case you were curious. 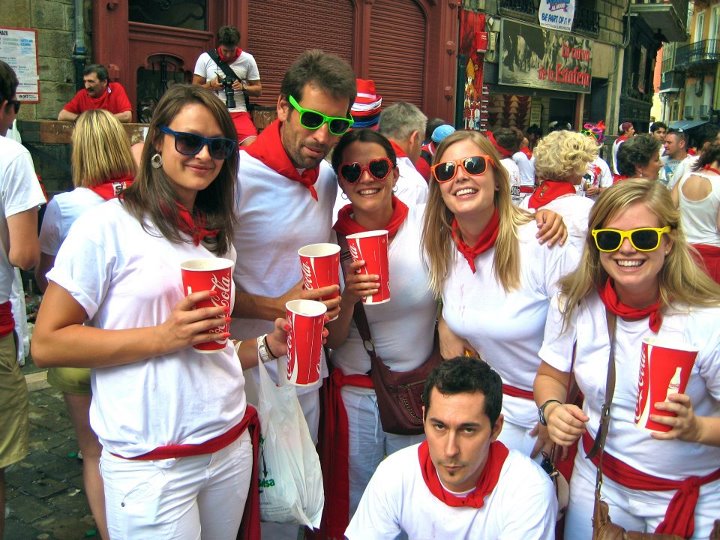 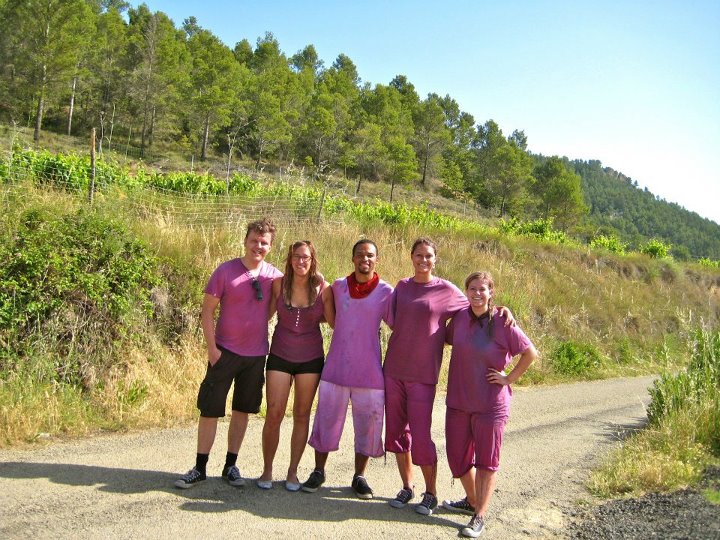 While Spain has no shortage of parties and festivals throughout the year, some of the most well-known and famous ones take place in the summer. Like Logroño’s big festival, San Bernabé, the famous Batalla del vino (Wine Battle) in Haro, San Fermín and the running of the bulls in Pamplona, and the giant Tomatina tomato fight near Valencia, just to name a few. I have been hearing left and right about fiesta’s in friend’s villages this weekend, next weekend, ect. Many of the smaller cities and villages around northern Spain have local festivals in the summer too, making it a great time to experience this less-visited part of the country. 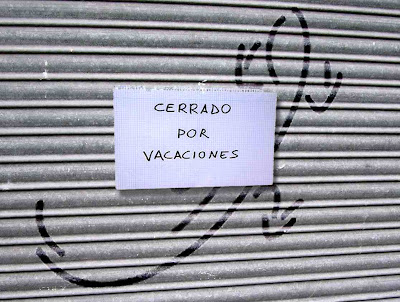 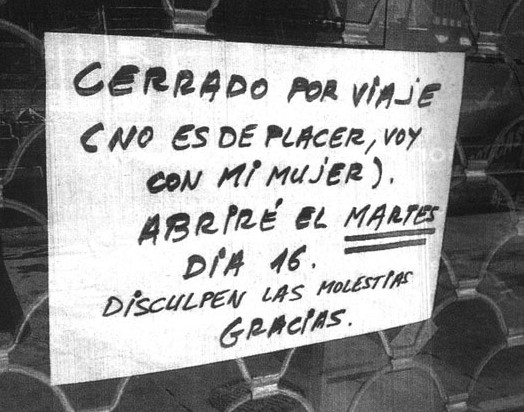 “Closed for vacation (it’s not for fun, I am going with my wife )” Source

I had the horrible, stunning, and downright painful realization that everyone was going on holiday when I tried to go to my all-time favorite pincho bar for a champi. The gate was down, the door shut, with a dumbfounded group of sad people staring at a small handwritten sign saying that it’s closed for 3 weeks for holiday. How selfish of them! I wanted a champi and I wanted it now! Just kidding, this packed bar is open almost everyday with the same 3 guys working there since the 80’s. They deserve a big holiday. Since so many shops, restaurants, bars, markets in Spain are small business and run by only a few people, even families, many decide to just close up for a few weeks in July or August for vacation. I’ve been seeing signs all around town alerting innocents like me to the impending closures for vacation.

What are the signs summer has hit where you live?

Written by Liz and was published on July 29, 2012 in Living in Spain, Spain and tagged in northern spain, Spain, summer, summer in spain, travel