Ok, so you’ve decided to take a leap of faith and move to Spain for a year!

It will be an unforgettable year, an experience that will change you for the better, a year you will remember for the rest of your life. And you will not regret it. I promise.

But will it be easy? Probably not. If it were, everyone would do it. But what is the one thing that causes the most stress among young expats? (at least from personal experience) Money.

Money. Euros. Pesetas. Dinero. Pasta. Whatever you want to call it; it’s stressful having to think about making money in Spain while living the dream abroad.

More than likely, if you are reading this you are coming to Spain as an English teaching assistant through the Spanish ministry of education. You’ll work 12-16 hours a week for 700-1000 euros a month. If you are British or European, you can work legally in many sorts of jobs in Spain. If you are American, you are far less lucky. Spain’s economy is so bad at this point, most of the jobs you are going to find are related to teaching English. But there is good money to be made if you play your cards right. Now 700 euros a month can be hard to live on, especially if you are planning to travel a bit or live in a nicer apartment. It is also very difficult if the fickle Spanish government pays you 3 months late. You either have to have a lot of money saved up, rich parents or be willing to work extra hours to make extra money.

Here are my tried and tested tips for making money in Spain.

Private tutoring and classes are all the rage in Spain, for all sorts of subjects. Clases particulares can be a huge source of income if you are motivated. Most people prefer you to come to their house to give a class, but I have had the occasional student who prefers to meet in their office, a café, or even at my house.

The best way to find private classes is to put up an add on tusclasesparticulares.com. I get tons of emails and phone calls from this site, and it led to my job at an academy this year. You can see my old anunciohere. So cheesy. I set this up as soon as I arrived in Logroño mid-September to beat the rush of returning and new English teachers. I had a full schedule within a week.

Also tell everyone you are looking for students. Remember, Spain still does a TON of business by word of mouth. I have friends of friends call me for classes, or people give my number out, I even tell the teachers at my school and sometimes they help me find classes or even organize them themselves.

You need to find out what the average native speaker charges for classes in your city in Spain. In Logroño it was 15 euros per hour. In Córdoba it was only 10. It depends on where you are. Sometimes if I have students who want a lot of hours, like at least 6-8 a week, I give a discount. If you have groups charge per person and you can make a lot. Be firm on prices. There will be people who pay more. Having a native English teacher is far better than a non-native speaker. Most people usually have between 1 and 4 hours per week, usually 2 hours.

This year I worked at my schools Monday through Thursday in the morning, and then I would pack in a few hours of classes in the afternoon. My logic was work my ass off 4 days a week, make money and then have 3 day weekends for traveling and fun. I usually earned an extra 150-300 per week. Think of all the awesome things you can do or places to travel with that!

There are many English academies around Spain, all of whom want native English speakers. However, you can’t legally work there on a student visa unless you get all sorts of permissions sorted out at the foreigner’s office. I don’t know of anyone who has gone that route successfully.

In Spain as an American, we cannot get work papers unless we have a contract, and we cannot get contracted unless we have work papers. But not all is lost. A huge amount of money is moved under the table (en negro) in Spain. Many academies are willing to hire Americans and just pay cash to you every week or month. If you are lucky, you can try to get hired that way; it’s probably your best bet for a larger, more stable additional income. And you don’t have to waste time traveling between lessons.

Start looking up academies in your town before you arrive. Send out emails and make some calls. Most schools start in September, and as we are in Spain, most academies will be hiring last minute in September. And they are always desperate for native speakers. The earlier you start looking the better.

Don’t be nervous. These academies are rarely inspected and if something comes up, the academy will be fined, not you. But if you are uncomfortable with this way of working, you can always just give private classes.

Babysitting is less prominent in Spain than in the US, because so many families live together or in the same city; there is always a cousin or a grandma around. Or they leave their kids at a cheap daycare (guardería).

However, this past year I have gotten lots of calls from parens interested in having me watch their very young kids for a lot of hours, speaking only in English. Spanish parents have caught on the trend of early childhood linguistic development, the earlier you start teaching your kids a foreign language, the better. 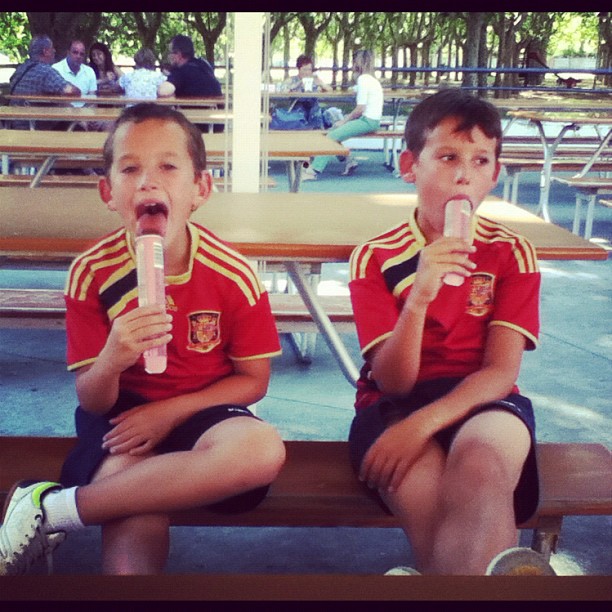 This summer I have been watching 2 toddlers for a few hours ever day. They just turned 2 years old and are just learning to talk. I speak to them only in English and they already know more words than some of my 5 or 6 year old students. Not to mention they are just plain adorable, that is when they aren’t screaming or crying. It’s way more fun playing games with them and teaching English intuitively than trying to plan lessons, make photocopies and force English into kids who already hate it.

These kinds of classes are great and tend to have a more stable income than most since they are more hours and the parents are usually very committed to having their kids become bilingual. If you can find a kid or two to watch for a good amount of hours a week, you’re set. 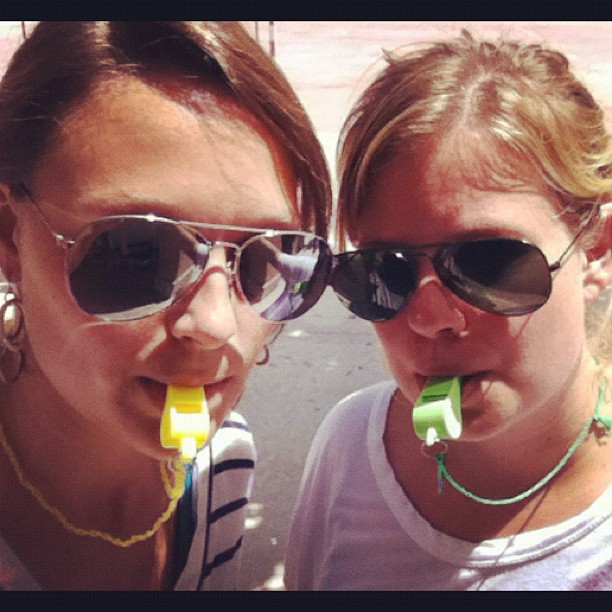 So many of the auxiliares peace out of Spain as soon as their contracts end in May or June. Maybe some stay for a few weeks to travel, but for the most part they head straight home for the summer, even if they are planning to come back in the fall. But for me, Spain is at its best in summer! It’s my favorite time to be here, in spite of the heat!

From my own experience, it is much easier to find quick work in Spain over the summer than to go back to the US for 3-4 months and expect to find a job then. Besides, Spain rocks in the summer! You have the amazing beaches and tons of festivals like the running of the bulls in Pamplona, the batalla del vino in Haro near me, Tomatina near Valencia, just to name a few. Not to mention there are tons of jobs available for us. 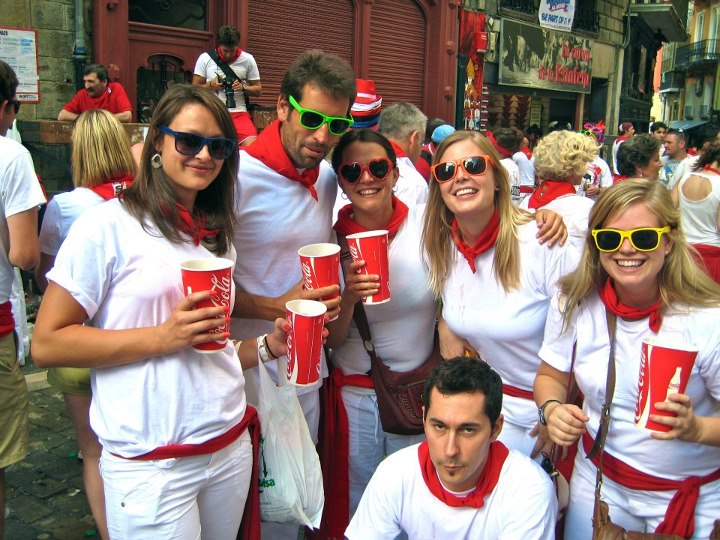 There are many bilingual summer camps for kids in Spain looking for native teachers. I’d wager the majority of them pay under the table as well, around 250 euros per week. Start looking and asking around in April, May, and June. For the most part, they run in July and August, once the kiddies are out of school. In Logroño I started seeing posters for these sorts of camps around town in the spring.

This summer I was working in summer day camps in various villages in Navarra though their own Ministry of Education. If you are near Navarra or in La Rioja and are interested in these camps, let me know and I can put you in contact with the person in charge. Summer camps are also a great opportunity to travel around Spain and get to see some smaller, lesser-known areas. 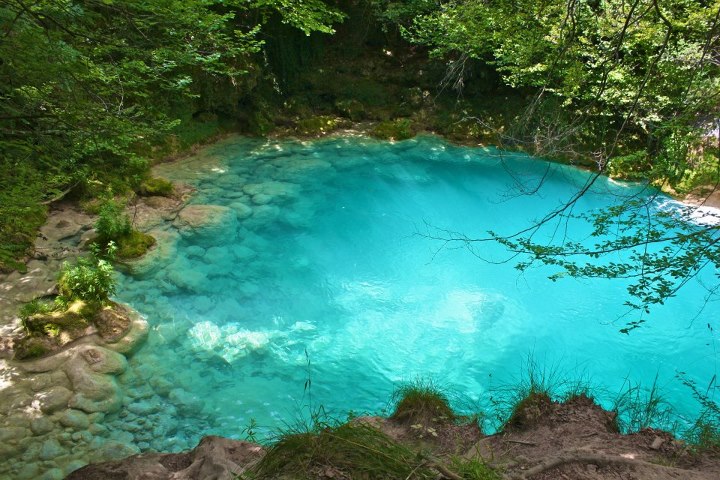 Hiking in Navarra in summer 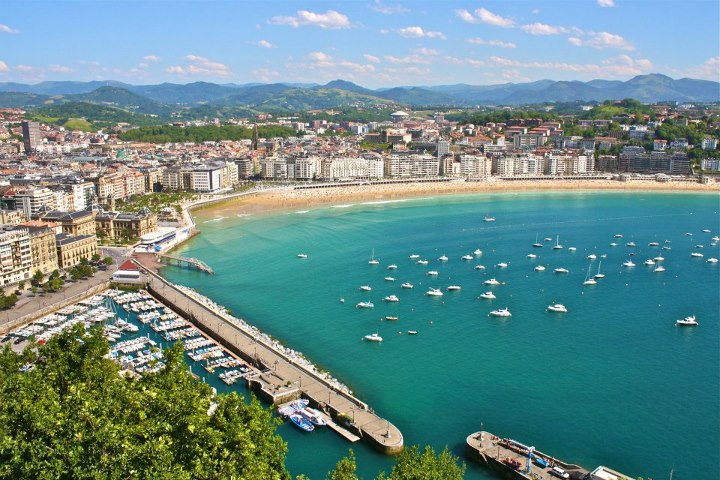 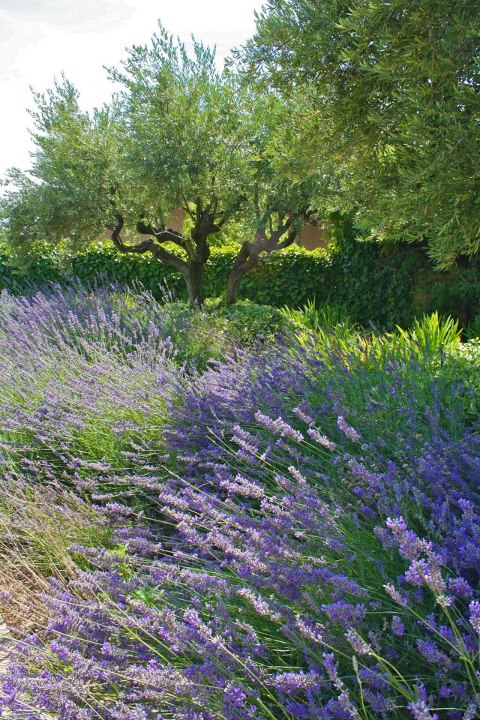 55 Comments on “Making Money in Spain”

Ok, so if you haven't already figured it out from my numerous posts,…Read More
More travel stories