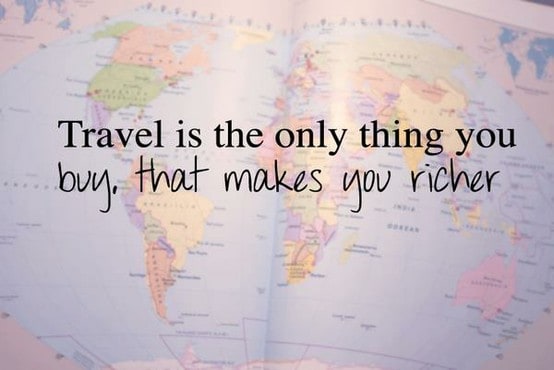 The scent of freshly baked bread wafted lazily through the crisp October air as I sat on a rusty bench, intermittently writing postcards and people watching. It was one of those perfect autumn days in northern Spain, and the little town of Huesca glowed gold under the setting sun. The yellow and orange leaves danced back and forth in the breeze on the trees dotted around the main square, casting shadows across my pen and paper.

“Who are you writing to?” An ancient man in a gray sweater vest and newsboy hat growled at me. I resisted my American urge to find him creepy and to avoid talking to strangers.

“Just my mom.” I looked up and replied in halting Spanish. Two months off the plane in Spain for the first time, and my Spanish was finally starting to improve. At least, I wasn’t petrified to speak out loud anymore. I guess 10 years of reading Don Quijote and conjugating verbs in Spanish class finally paid off.

“You aren’t from around here, are you?” He put his cane down and slowly sat next to me on the bench. I had to ask him to repeat it. “What gave me away?” I replied laughing.

As the sun set behind the cathedral, we started to chat. As soon as I told him I was American studying in Salamanca, he was off telling me about a girl he once knew from the States. He even prefaced it with “I remember when…” looking off in the distance in the way that only people over 60 can get away with. 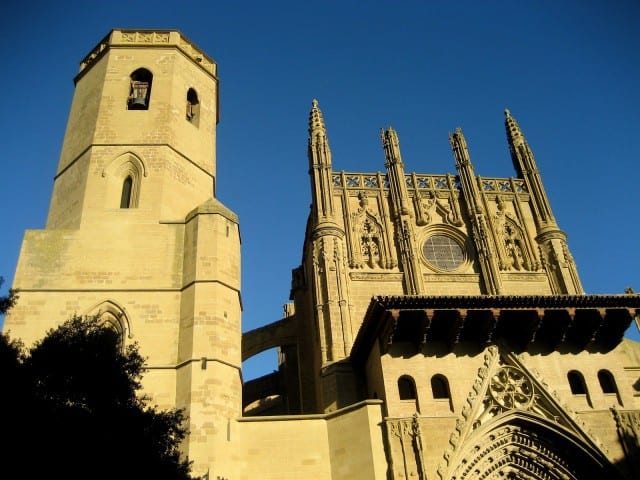 As the air grew chillier, I tightened my scarf and sat there listening to his stories. With his gruff voice that sounded as if he’d starting smoking in the cradle combined with my rapidly developed knowledge of colloquial Spanish, my young mind was able to put together about two thirds of what he was saying.

He tolerated my probably impertinent questions about life in Spain under Franco and during the Spanish Civil War (seriously, he was that old). Although we had a conversation peppered with many “Can you repeat that?” on my part, it made for an unforgettable afternoon. Out of the blue, sitting on a park bench with a complete stranger in the middle of rural northern Spain, I was hit with the realization that I loved speaking another language, and I wanted more. 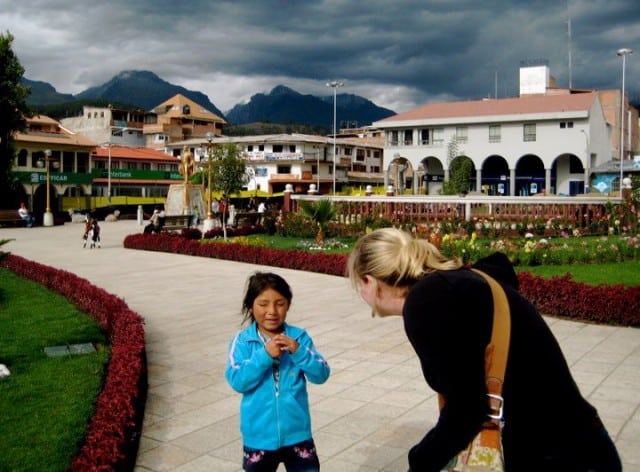 It was one of the very first times I had stepped out of my comfort zone, both linguistically and mentally. Meeting new people and talking with locals are two of the most important experiences you can take away while traveling. And being able to communicate with them on their own terms, in their own language, makes those moments all the sweeter and much more valuable. Five years down the road and now completely fluent in Spanish, I can look back fondly at that tiny, seemingly insignificant moment in my life and remember what it meant to me. Little did I know I was reaping firsthand the most important benefit of learning languages: travel experiences.

For me, the learning experiences, the crazy adventures, the happy moments you encounter while traveling in a foreign country are the most important benefits of learning another language. Why? It’s one thing to travel to a country, but it’s a whole other thing when you can communicate, however small, in that country’s language.

Nowadays you can travel the world and probably get by speaking in English, making hand gestures, pointing at pictures or relying on a translator. Lord knows I’ve done it along with everyone else, especially in remote places. However, I always try to make an effort to learn some of a country’s native language before arriving, even if it’s just a greeting or how to say bathroom. I’ve gotten by in Quechua in isolated parts of Peru, thanking Japanese tourists in Paris, buying stamps in German in little post-Soviet villages in Hungary, and even telling off mouthy camel owners in Egypt in Arabic. “No thank you, I am married and I won’t ride your camel. Go away please.”

Your effort to say even just one word in their own language makes all the difference. It not only shows your openmindedness and willingness to put yourself out on a limb to learn, but it also makes people more comfortable and more willing to share stories and opinions that they might not otherwise. 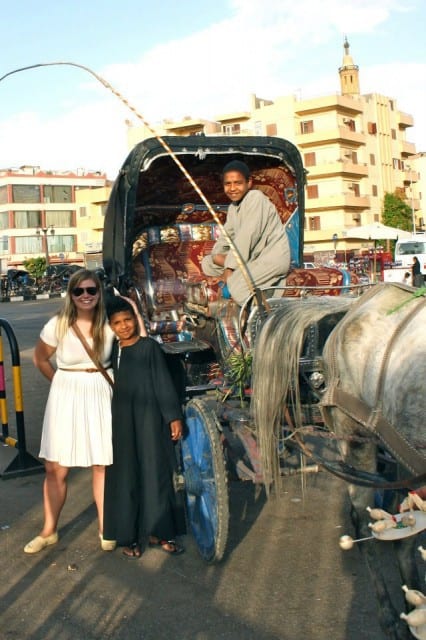 But what if I didn’t know any Spanish that day I was in Huesca? Would I have even dared to travel out there in the first place? I would have probably mumbled a quick reply of “sorry, I don’t speak Spanish” and lost an incredible opportunity to not only get to know more about a place, but to grow internally and realize the significance of these moments while traveling. Experiences like these have power to shape who we are and what we can become. And the best part of these travel experiences you gain after learning another language? They lead to everything else!

I am a firm believer that traveling experiences, what you can learn from traveling and meeting people truly lead to better things in life, like intelligence, money and love. Being bilingual is pretty hot, but being bilingual and a world traveler? Downright sexy! Worried about money? Haven’t you ever seen that famous quote plastered all over Pinterest, “travel is the only thing you buy that makes you richer”? Travel leads to many great opportunities, one of them being jobs, which means money, dinero, geld, 錢, نقود. And finally, knowing another language automatically gives you bonus points in the smart department, but being able to take textbook knowledge of a language and be able to use it while traveling takes your brain power to a whole other level.

So at the end of the day, when you are as old, gray and wrinkled as that man I met on a bench in Huesca, you will look back on your life, not focusing on your jobs, not dwelling on money, and not thinking about what happened to your love life. You will be thinking about experiences, about the most memorable moments of your life. And for me, and probably for many of you, the episodes that stand out the most are the ones you had while traveling.

So get inspired and go ahead and splurge on that French Rosetta Stone, sign up for a 6 week intensive Chinese course, download some Swahili podcasts. But don’t stop there, plan a trip to Paris, buy a flight to Beijing, or book a safari in Kenya. You won’t regret it, I promise. 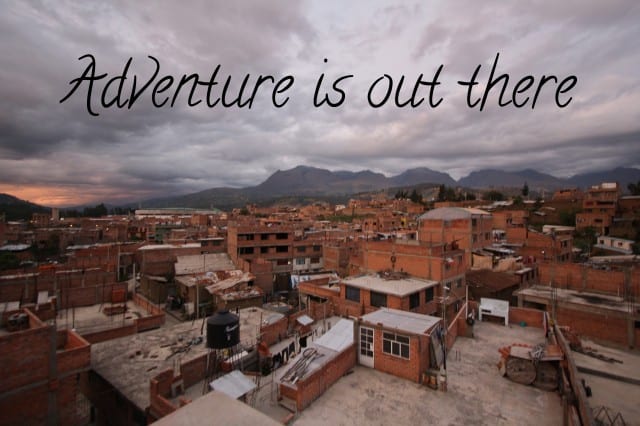 Written by Liz and was published on October 10, 2012 in Get Inspired, Learning Spanish, Spain and tagged in auxiliares de conversación, feature, get inspired

38 Comments on “Get Inspired: Travel and Learning Languages” 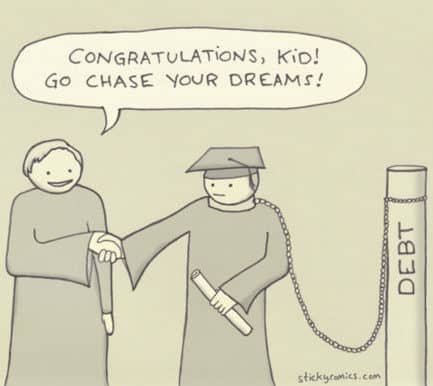 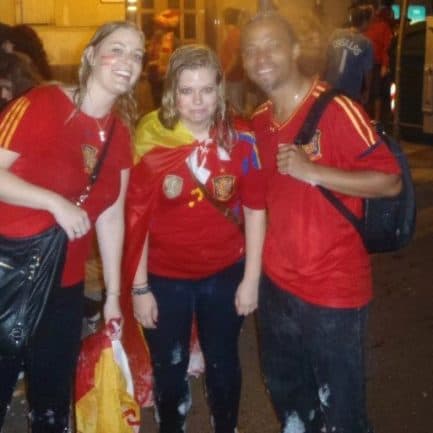 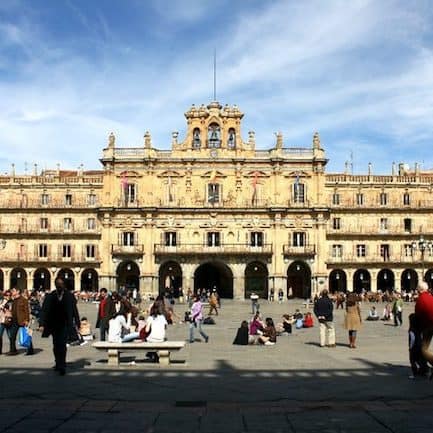