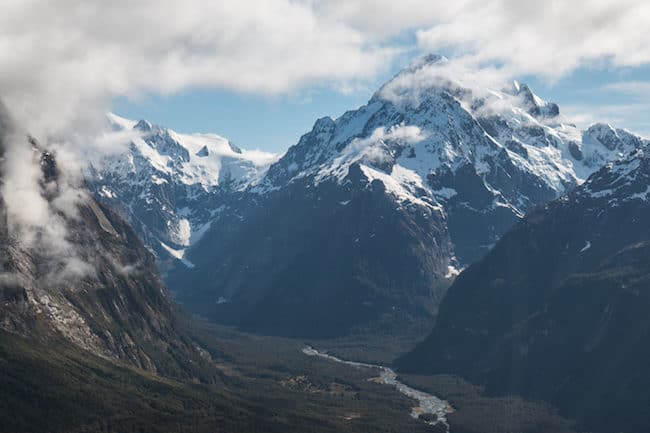 I think Milford Sound is a must-do for anyone coming to New Zealand. For me, it’s one of the most epic and beautiful locations in the world, and that’s saying something.

I’ve been to Milford Sound many times, but I always return given half a chance. Or even less. And again that’s saying something because it is a grueling 5 hour plus mountainous winding commute from Wanaka where I live.

Last summer I hiked the Milford Track over 4 days. I have bused there, and cruised around it countless times and even flew to Milford once in a little fixed wing plane. I’m a bit obsessed really. 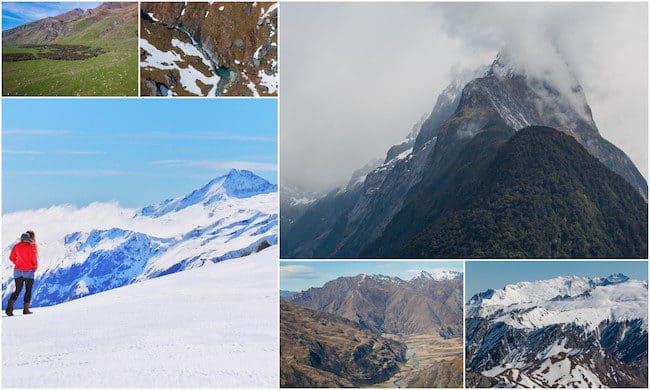 People always ask me what are the must-do things to see and experience in New Zealand, and my answer generally doesn’t vary. If you only pay for one New Zealand activity, it should involve a helicopter. For most of us, it’s a splurge, but its worth it.

You know all those amazing wide sweeping aerial shots from the Lord of the Rings that made you want to come to New Zealand? Yup, they were shot from the skies.

New Zealand is a vast wilderness with few people and even fewer roads. If you want to truly appreciate the scale of it, you need to take to the skies. Trust me on this – flying over the epic landscape here will blow your mind in a way that a road trip never can. And in a helicopter which can land almost anywhere from a wild lake to a remote mountain glacier not to mention can hover and zoom so close to anything is the best way to take it all in.

Plus helicopters are pretty badass, am I right?

While in the rest of the world helicopters are more reserved for emergency teams and the rich and famous, in New Zealand, it’s almost tradition. So much is done here with helicopters, especially farming.

I don’t want to digress too much, but I do want to share a little story involving helicopters and deer farming – one of the most epic stories I’ve ever heard! 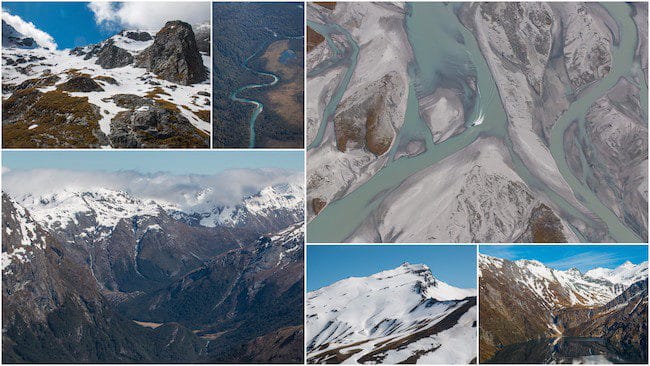 So back in the 19th century deer were introduced to New Zealand (remember there were only birds here, no mammals) and of course spread like wildfire because there were no predators. Now wild deer are considered pests, destroying natural habitats and native plants, so back in the 70’s, people started to hunt and capture them by helicopter. This actually started around Wanaka; people would net deer or tranquilize them, and then literally jump out of a low flying helicopter and tackle them, and then bring them out alive to farm.

I honestly couldn’t even believe this story until I met a pilot down south who learned to fly doing this. Hardcore or what!

And now deer farming is a massive industry in New Zealand. In fact, deer is actually farmed on Aspiring Station in Wanaka, owned and run by the same family Wanaka where Aspiring Helicopters is located. You’ll see them as you drive out there. 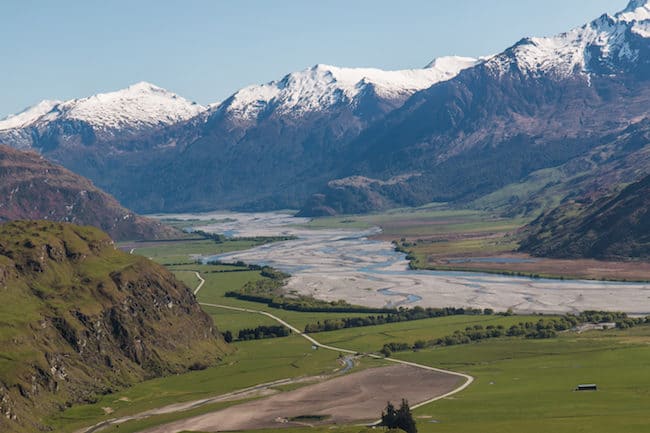 So if you haven’t tied two and two together yet and you are wondering where to splurge on your trip around New Zealand, let me help you decide. Book a helicopter flight to Milford Sound. And if you can, fly from Wanaka.

If you fly from Wanaka, it’s like you get two trips in one because with Aspiring Helicopter you get to fly over Mt. Aspiring National Park on your way to Fiordland. There are 100 glaciers in the region, and the views are just beyond epic. Plus you get to fly by my favorite New Zealand mountain – Tititea/Mt. Aspiring. She’s a beaut!

You can’t miss her as she juts out and above the surrounding peaks. 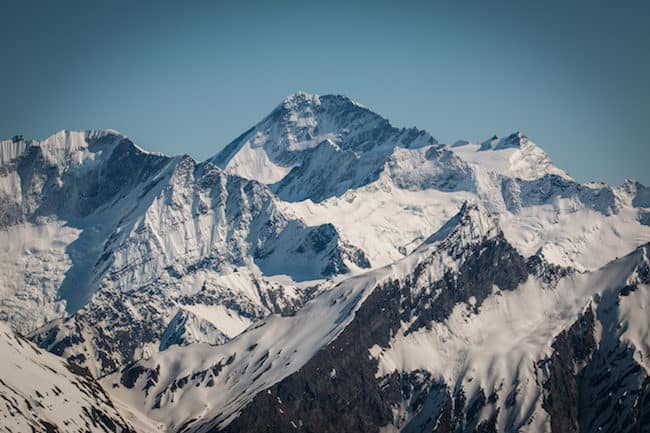 This spring I flew with Aspiring Heli to Milford one morning from Wanaka, and it was a million times better than I imagined.

You leave from the Matukituki Valley in Wanaka, rising above the station before heading out towards Mt. Aspiring above the Shotover Saddle. You soar over glaciers and along braided rivers before stopping at one of the most picturesque lakes I’ve seen – Lochnagar.

Yes, this place actually exists, and no, you won’t see another person there.

You’ll then make your way across what’s known as the Main Divide, which refers to the division across the Southern Alps towards the coast. Once you’ve flown across you’ll notice the mountains look greener and more wild, more rugged as you are now in Fiordland.

Eventually you’ll make your way into Milford Sound where you can stop and explore or go on a cruise before heading back to Wanaka with a potential glacier landing on the way.

This is one of the most epic things I’ve ever done, and I would do it again in a heartbeat. Check out some of my favorite shots from the day below. Enjoy!

Have you ever flown in a helicopter? Would you? Are you a keen to see New Zealand from above? Share! 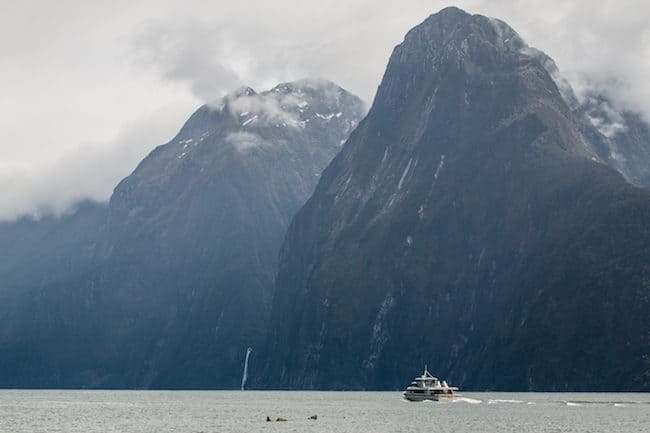 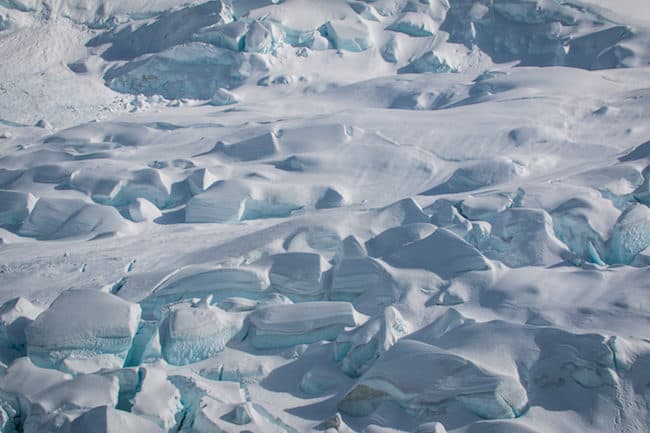 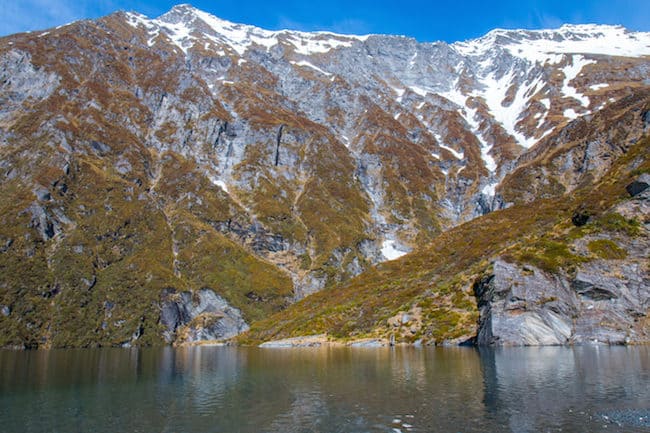 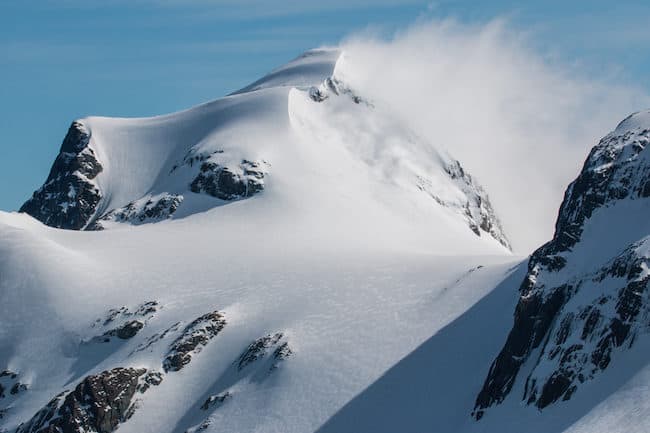 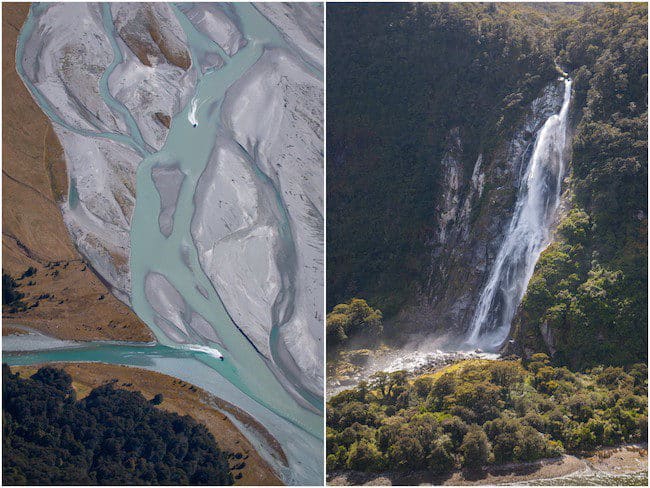 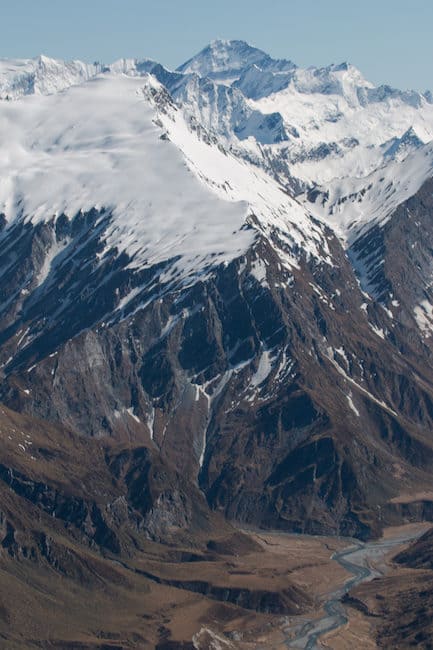 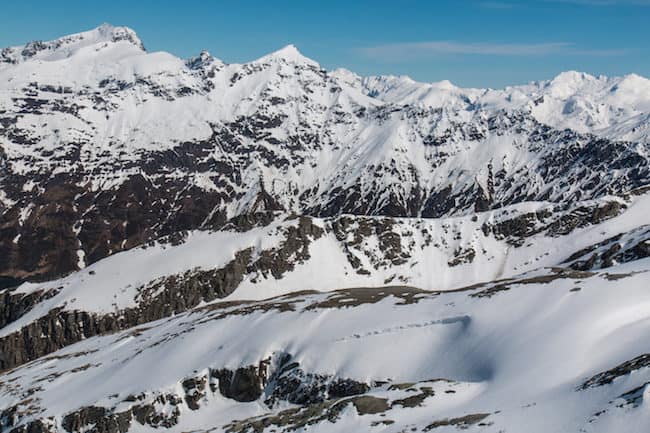 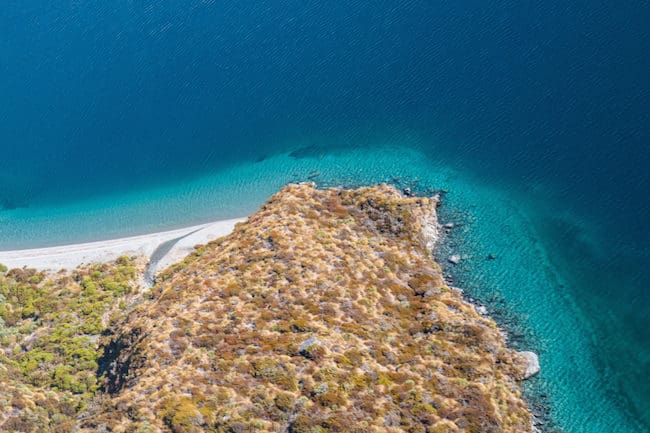 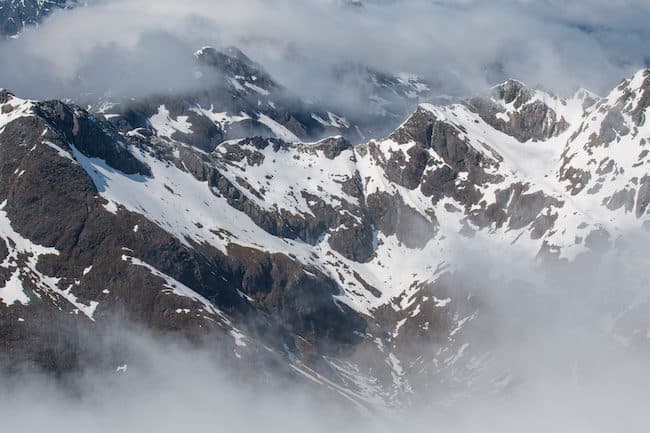 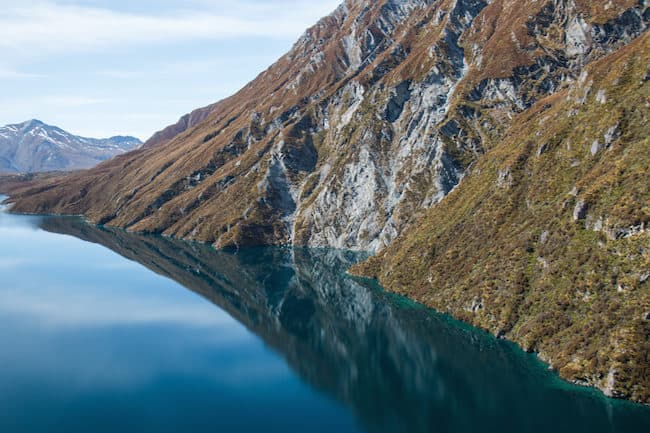 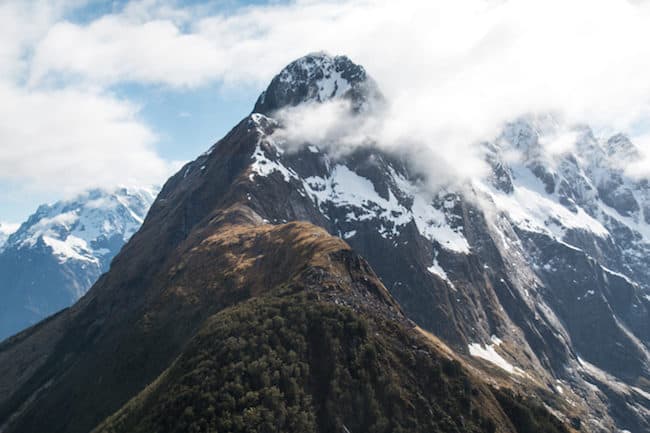 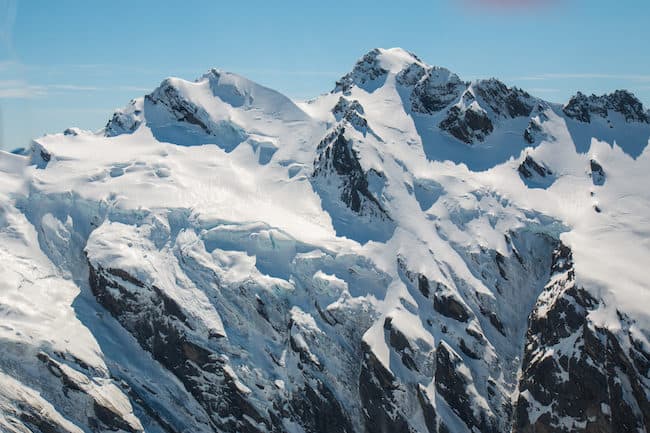 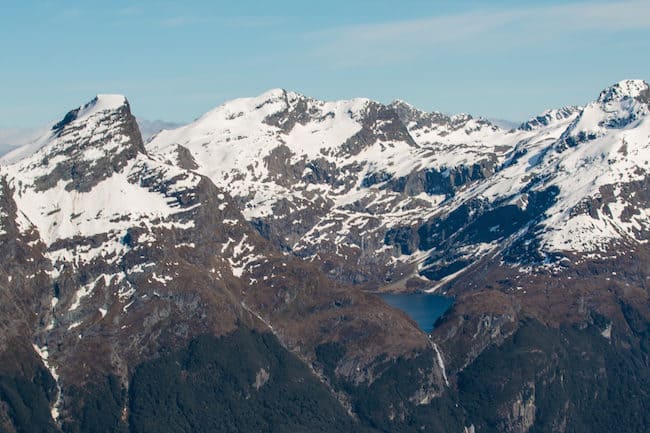 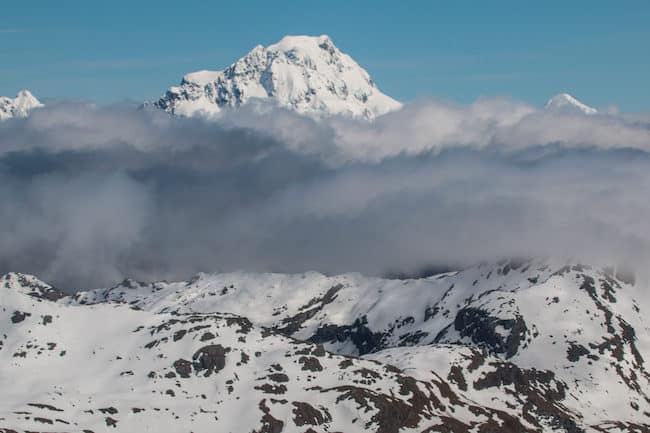 Many thanks to Aspiring Heli for taking me to Milford Sound – like always, I’m keeping it real – all opinions are my own, like you could expect less from me!

Written by Liz and was published on April 24, 2016 in Adventures, Destinations, New Zealand, Photography 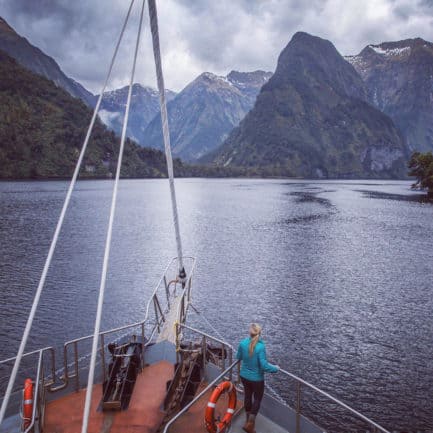 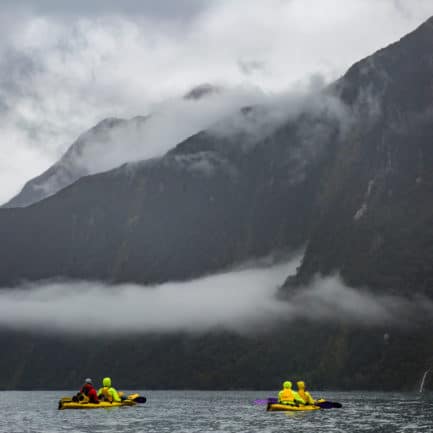 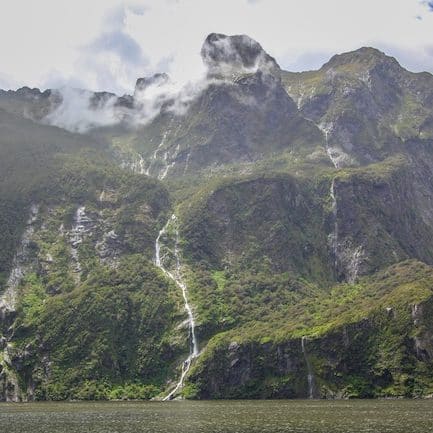