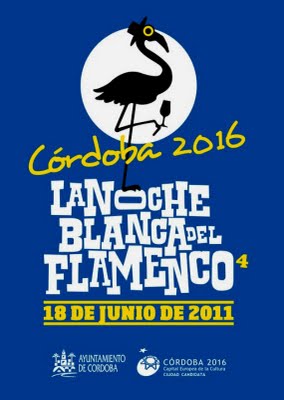 At some point in June on my way to and from Málaga and Logroño trying to sort out my visa nightmare, I passed through my town of Córdoba where I stopped for a few days to say my last goodbyes, visit my school one last time in Espejo, and take in La noche blanca del flamenco (The White Night of Flamenco), a huge cultural event that had been promoted by the city for months. Córdoba is in the running to be a European Culture Capital in 2016, so they have really stepped up their game in terms of cultural events and activities-no complaints here!

Basically it is an annual all-night flamenco festival that takes place all over the city. They build a bunch of stages in many of the city’s squares and post a schedule of different flamenco performances that begin when the sun goes down and end when it comes back up, in typical Spain fashion. I might add that by June, it was way too flipping hot to host something like this during the day, so why not at night? So grab a copy of the schedule and circle the events you’d like to see and then fight your way to a spot in the crowds. I think all of Córdoba (province, not just city) was in the streets that night! I had never seen so many people out! It was complete insanity to the point where it was annoying because it was hard to see the stages and difficult to move. I read online that there were over 250,000 people out that night!

This is a relatively new event but becoming really popular among flamenco aficionados (ahem, Jen! Next year?) and it attracts some of the premier flamenco performers, like Niña Pastori, India Martínez, Miguel Poveda, Eva Yerbabuena and Enrique Morente. It has everything, from the most traditional style of flamenco to some really out-there avant-garde stuff, which means something for everybody! And parents, if you are wondering if this is an ok event to bring kids to, then yes of course! There were babies in strollers and toddlers dancing around when I headed to bed. Spanish style of parenting=bedtime? what’s that? that’s what siestas and naps are for! All in all, La noche blanca del flamenco is a pretty cool festival and definitely worth checking out if you are ever in Córdoba in June. Did I mention that it’s also free?

Have a café con leche after your tapas dinner and make sure to arrive early to the venues you really want to see to make sure you get a good spot. Also, bear in mind that Spain never misses and opportunity for socializing and partying, so also make sure that you go with a big group of friends and smuggle a couple forties of cruzcampo and bottles of wine in your purse, ladies, because the lines to the outdoor bars are more like mobs and the drinks are small and overpriced anyways. ¡Botellón! 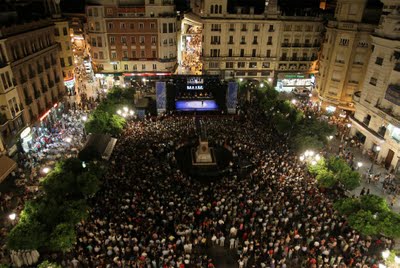 Plaza de las Tendillas, this square is about 5 minutes from my old apartment! 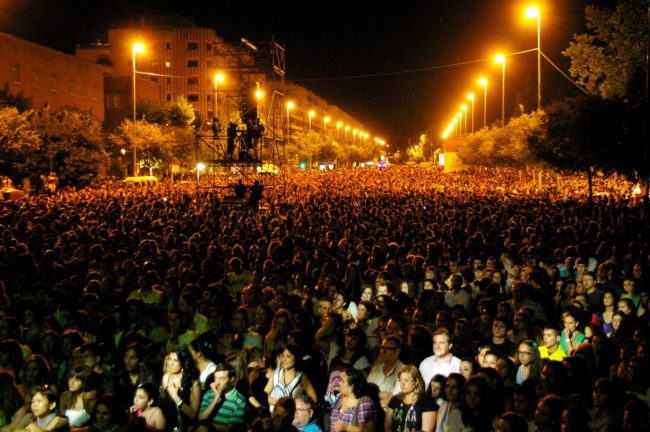 I was in this crowd and it was CRAZY!! 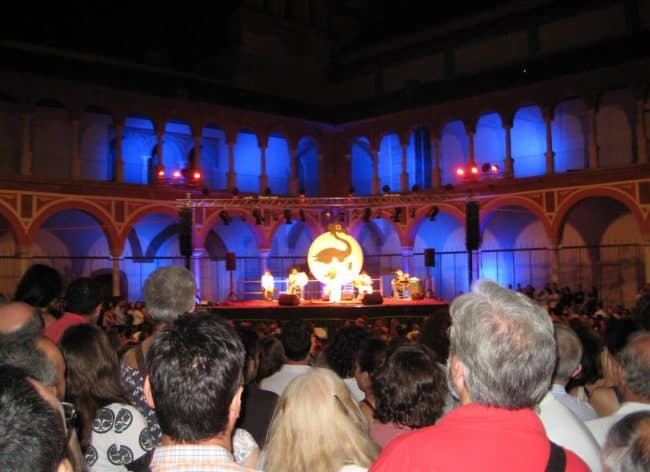 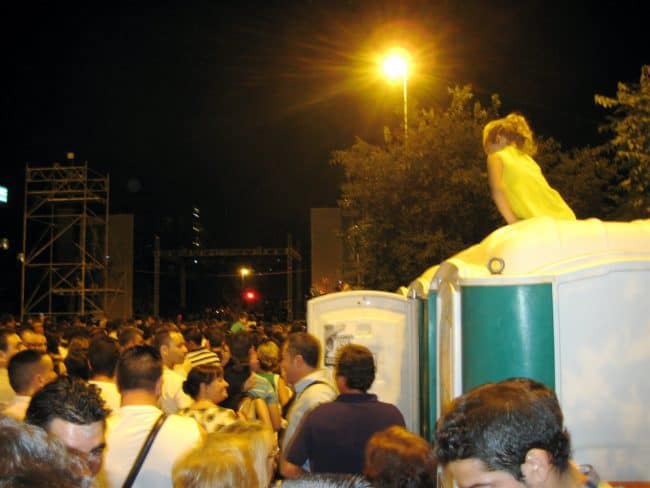 Spanish parenting at its finest. Your kid can’t see? Just plonk her on top of the porta-potties! 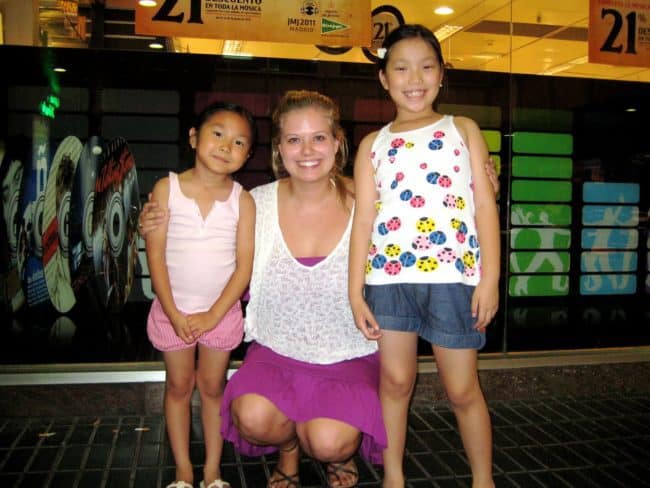 While I was in Córdoba, I said goodbye to my two wonderful girls that I tutored this year, Marta and Cristina!
Written by Liz and was published on July 31, 2011 in Europe, Living in Spain, Spain and tagged in andalucia, andalucia spain, Cordoba, cultural event, flamenco, noche blanca del flamenco, spain travel

Guess who is living in the 2012 Gastronomic Capital of Spain? (capital española…Read More
More travel stories