Ok, Marbella, need I say more? Land of the rich and famous, of glamorous celebrities and the obscenely wealthy. At this point you should probably be asking yourself, what on earth was I doing there in my running shorts and tevas? Well, to say I’ve been there and to find some better beaches, that’s why! There are regular (overpriced) buses that run hourly out to Marbella from Málaga, so I decided to take a day trip out to this infamous playground. Industrialized in the mid-20th century, it became a big vacation destination for the rich and royal of Europe. It has a beautiful mountain backdrop and the beaches are nice, but let’s face it, if you come to Marbella, it is to see and be seen. 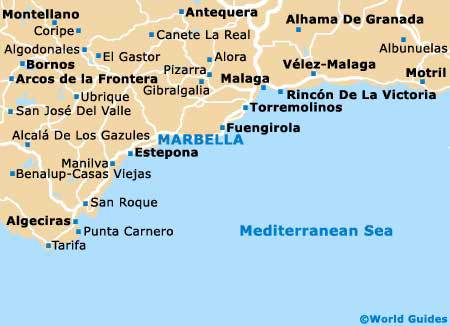 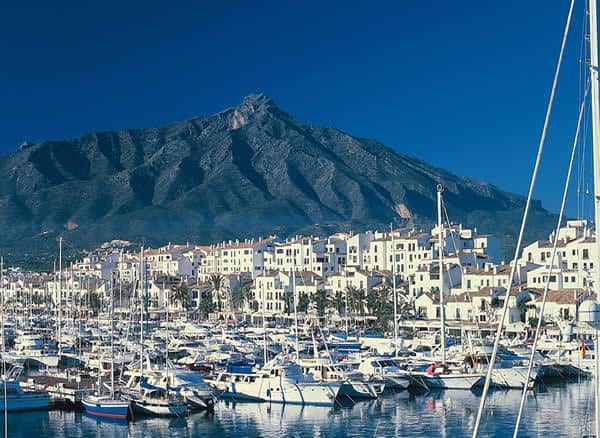 Puerto Banús, where they park the yachts

I hopped off my luxurious public bus and walked to the downtown area. I spent the morning having breakfast outside in the plaza de las naranjas and window shopping, waiting for the fog to clear off the beach. Marbs has a cute, white-washed, cobblestoned downtown area, with plenty of kitsch shopping and smancy dining catered to the foreign tourist. 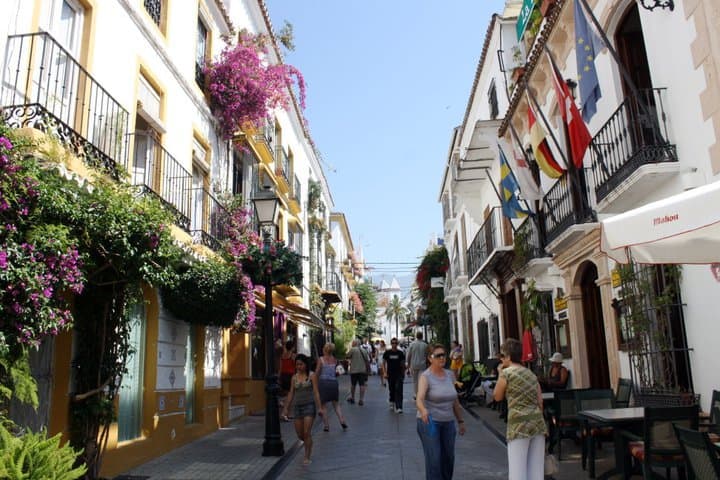 Walking around the old part of the city 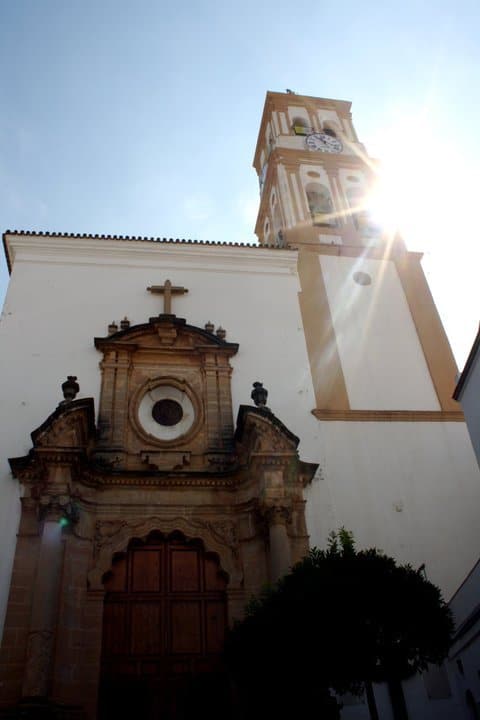 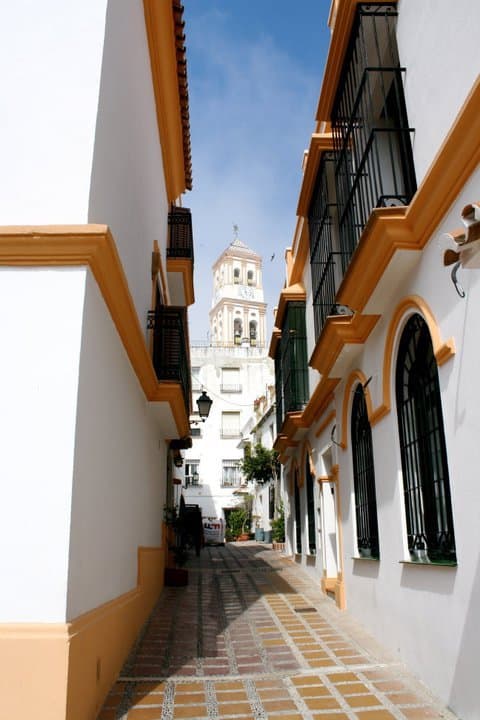 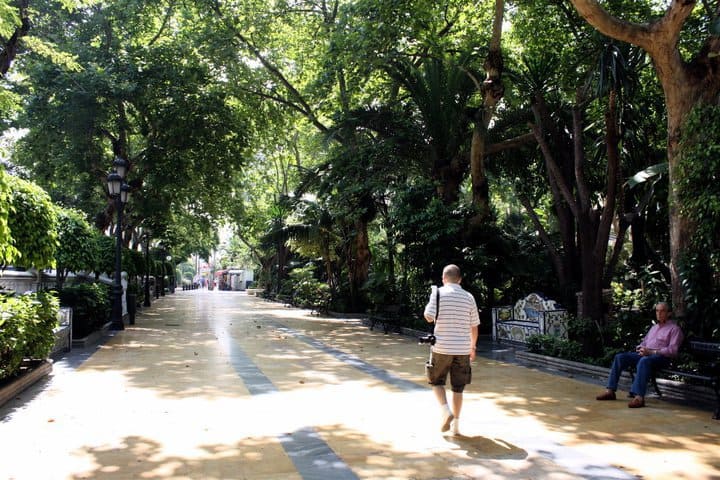 Lovely park and sculptural garden on the way to the beach

I spent the majority of my time in Marbella lying on the beach (la playa de la venus) and swimming. Compared to Málaga, the water was incredible! It was crystal clear and pretty clean, and it wasn’t too crowded until the afternoon. It definitely made for a nice escape from Málaga. I also got sunburned, which meant that I really did like the beach there because I didn’t want to leave. All in all Marbella is a lovely seaside resort town with some great beaches, but very overpriced and crowded in the summer, good for your run-of-the-mill tourist looking for a classic summer vacation; not my cup of tea, but at least I can say that I have been there.

Have you ever been to Marbella? What are your thoughts on standard luxury beach vacations versus other kinds of traveling? What kind of traveler are you? 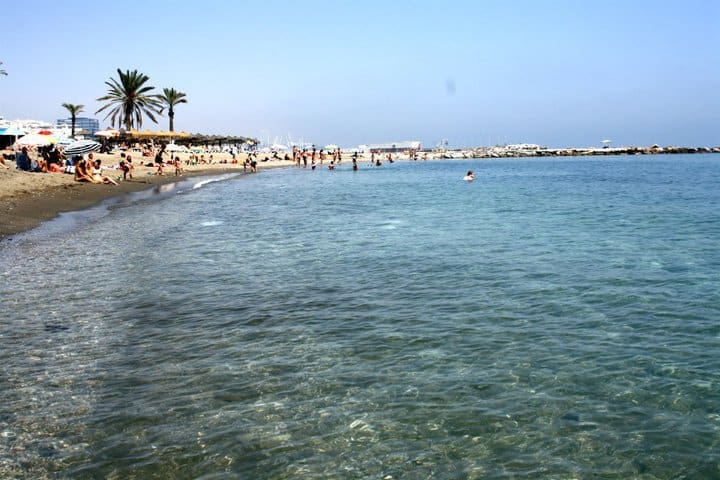 la playa de la venus, where I hung out for most of the day 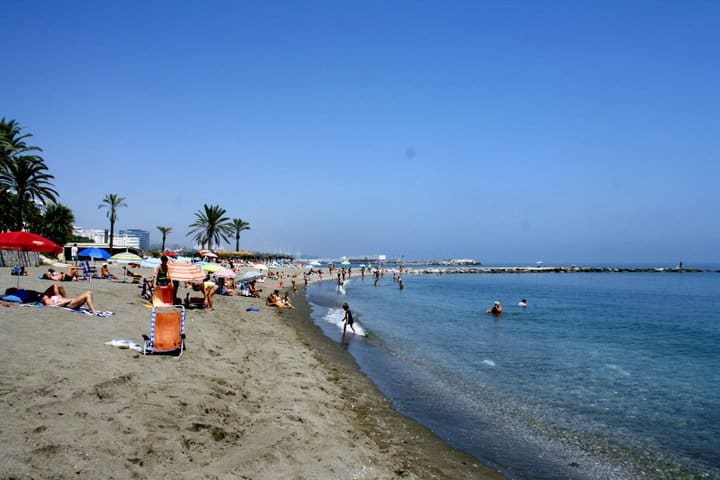 4 Comments on “Marbella: land of trust funds and yachts”

Nerja: land of beauty and magic

Fuengirola and Mijas: land of Germans and donkeys

While I was living in Málaga in June, I decided to head west…Read More
More travel stories