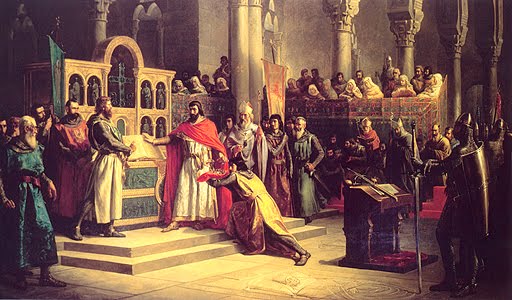 A few weeks ago when my friend L was visiting from Boston, we decided to head out west to Burgos to visit. Since we both studied abroad in Salamanca, we were no strangers to Castilla y León, but neither of us had ever been to Burgos. It turned out to be a quaint, surprisingly beautiful, but freezing cold city. It is mostly visited for its incredible gothic cathedral as well as a being a stop on the Camino de Santiago. It is also famous for being the hometown of the epic 11th century warrior, El Cid Campeador; if you have ever taken an upper level Spanish class in university, most likely you read a poem about him. He is also buried in the cathedral in Burgos-how cool is that? (or maybe just cool for me, I dunno). Being a medieval nerd myself, I couldn’t wait to go there and see it for myself. I was not disappointed!

Basically Burgos was awesome. We stayed in a hostel recommended by my ever-faithful Lonely Planet, who described the owner as being a Trotsky look-alike, and damn, they were NOT wrong! If only I could have taken a photo of him….Also, our room had a shower plonked in the middle of it, no actual bathroom, just a shower. Anyone seen anything like this before? I was baffled!

We arrived on a Friday night, just in time to drop our stuff off at Trotsky’s hostel before heading out for drinks and tapas with a fellow Salamanca friend, E. We had a great night out, sampling all Castilla had to offer for tapas, minus morcilla, one of the top 5 grossest tapas of all time. Morcilla is blood sausage and it’s really famous in Burgos; it consists mostly in pork blood, fat, rice, onions and salt and it’s black. Sounds appetizing, right? PASS. (I tried it once, by accident, a few years ago, and that was enough for me!)

The next we spent lounging around the cathedral and exploring all it had to offer. Seriously, Burgos has one of the most impressive, extensive, and well-maintained cathedrals I have ever been to. And that is saying a lot since I have been to about 100 cathedrals. It is extremely ornate and well-renovated. I could spend hours inside gazing at the statues, tombs, and ribbed-vaulting on the ceiling. Yeah yeah, I’m weird, let’s move forward. But the best part had to be getting to see el Cid’s tomb. So cool. Don’t forget to walk up to the castle to get a good view of the cathedral and city too.

Have you ever been to Burgos? Ever tried morcilla? Ever seen the Charlton Heston and Sophia Loren film, El Cid (or better yet have read the 13th century epic poem, El cantar de mio Cid)? 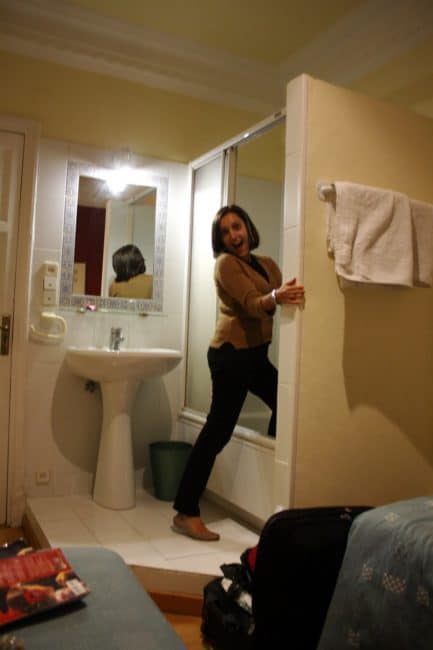 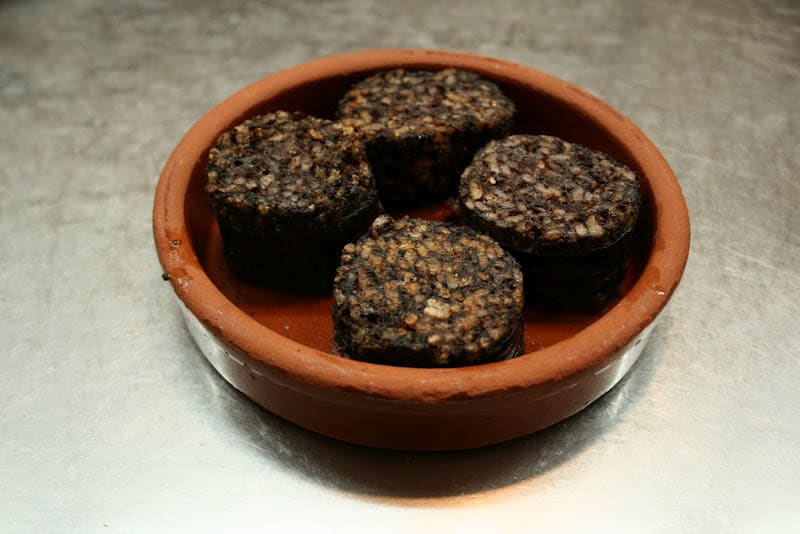 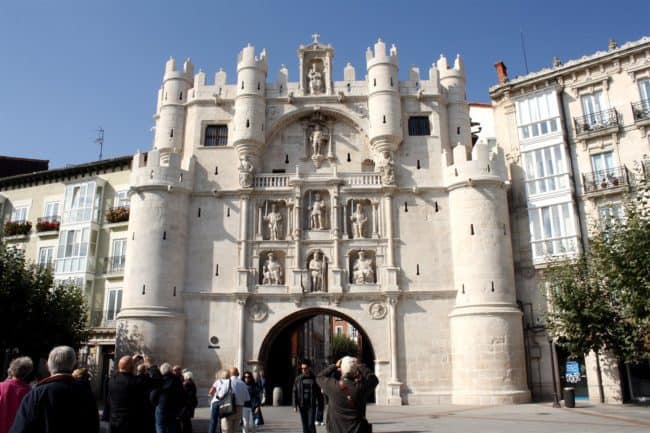 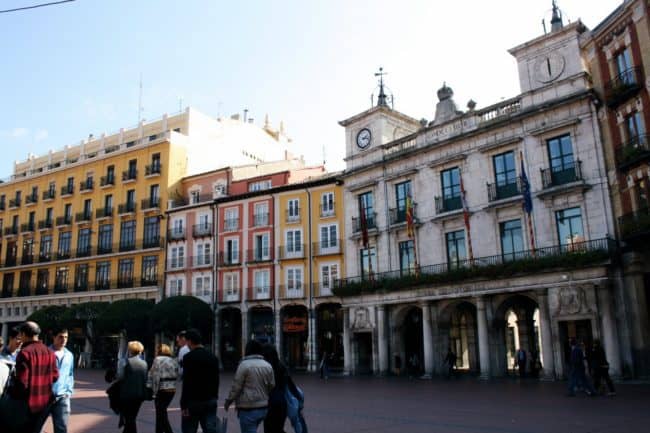 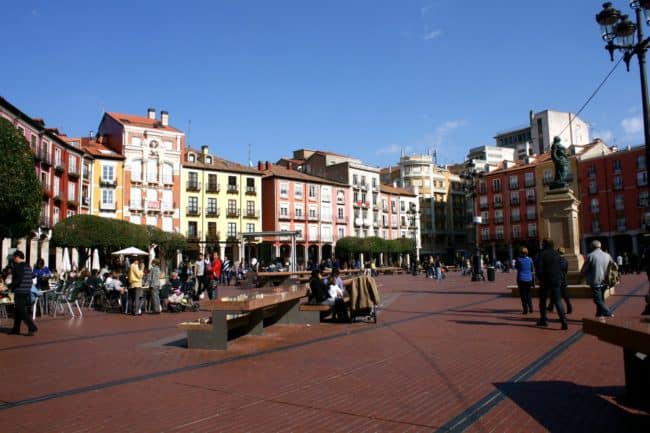 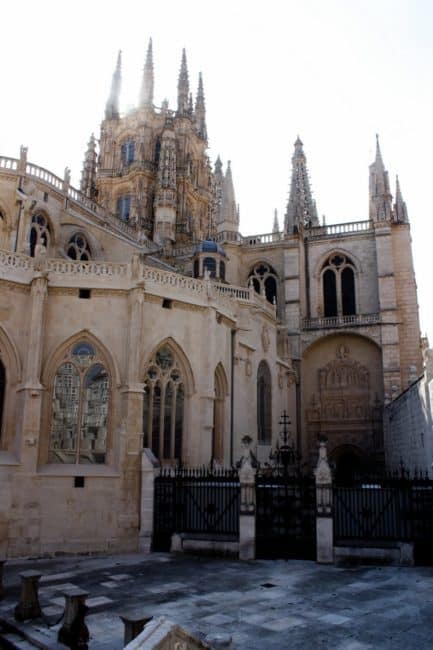 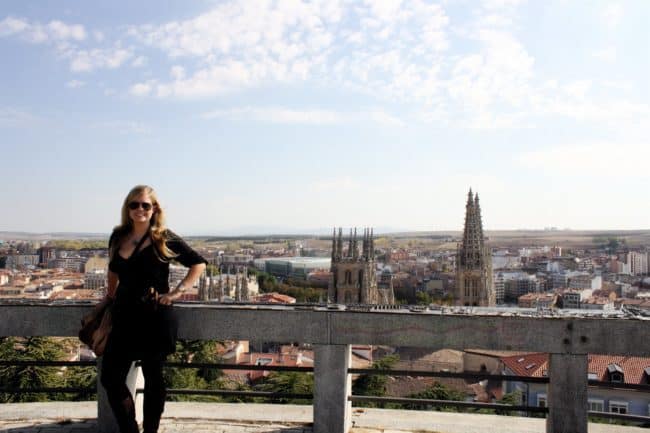 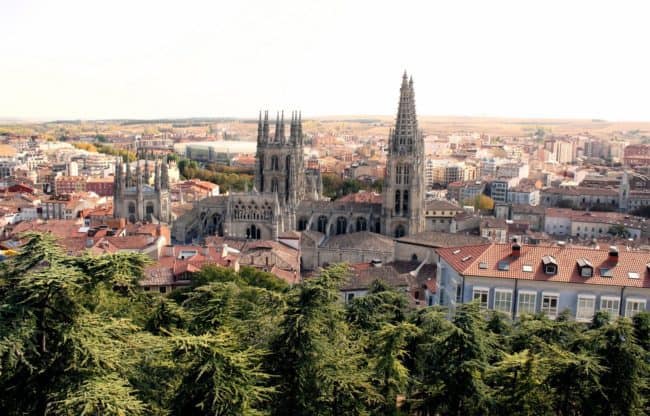 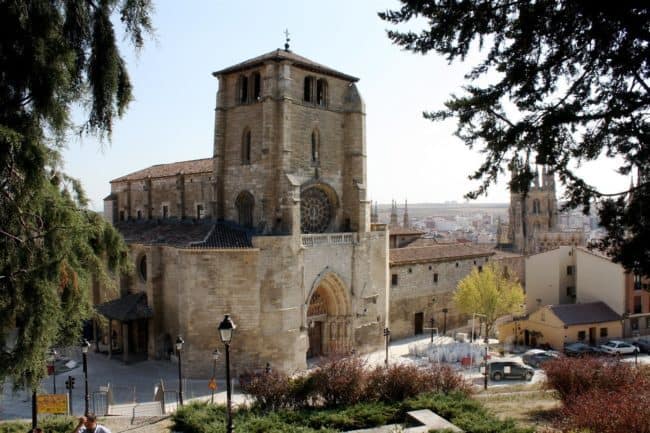 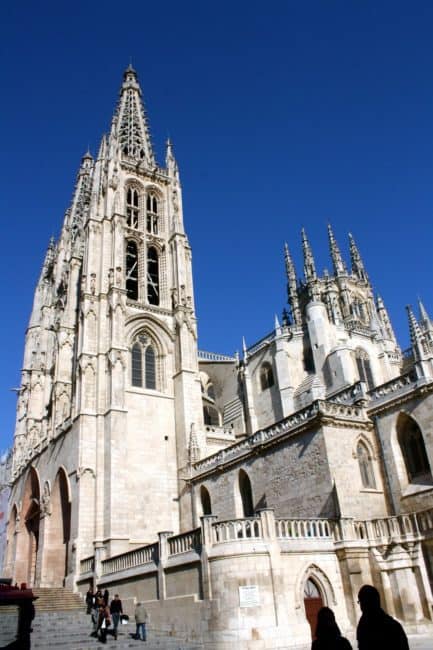 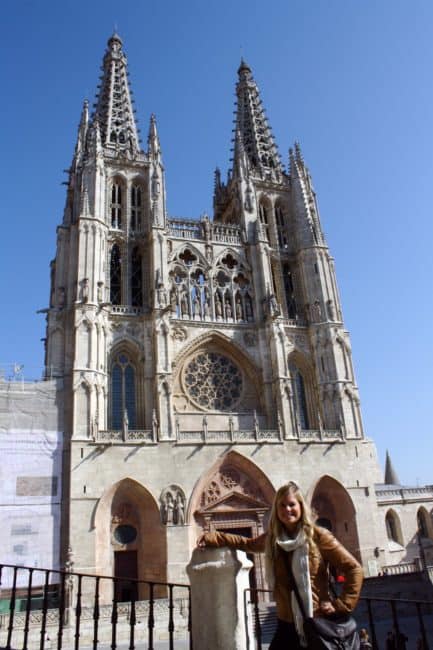 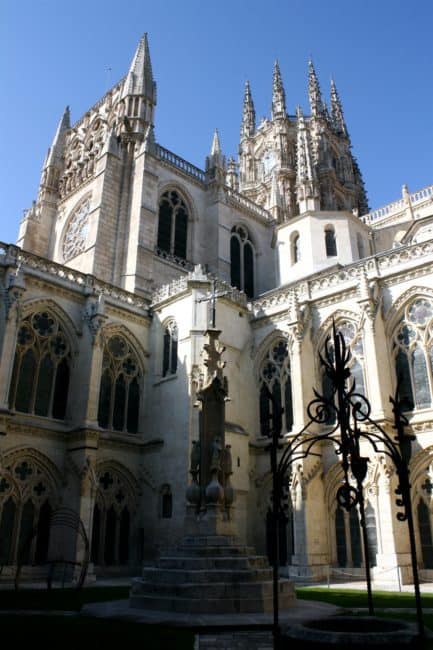 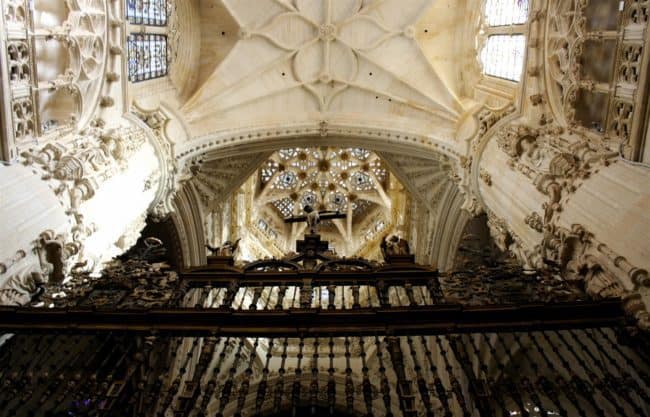 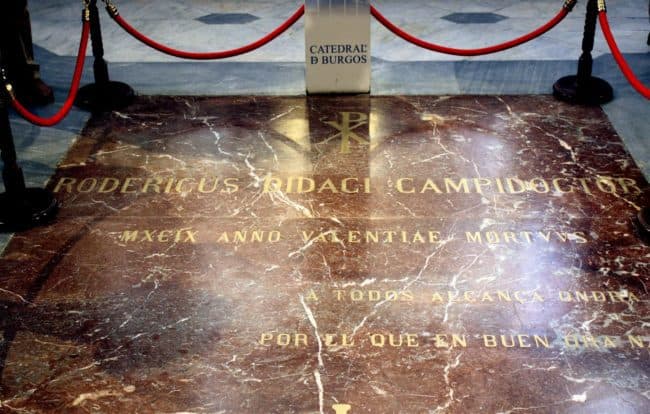 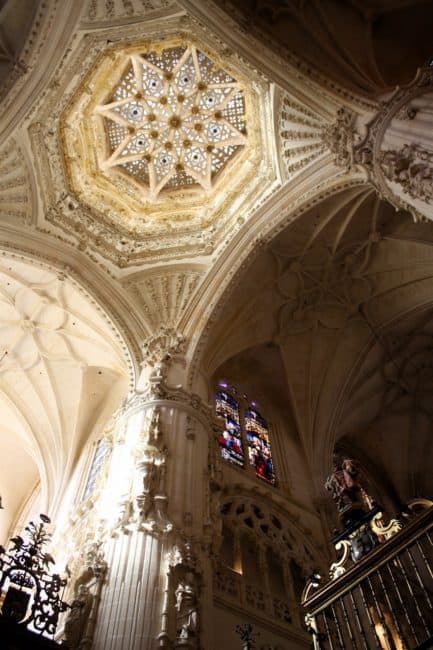 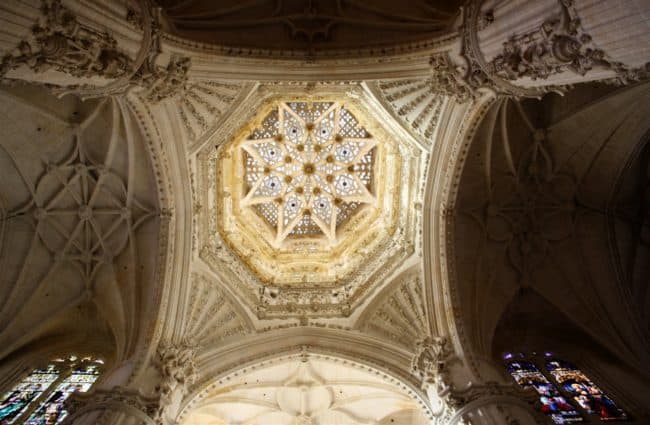 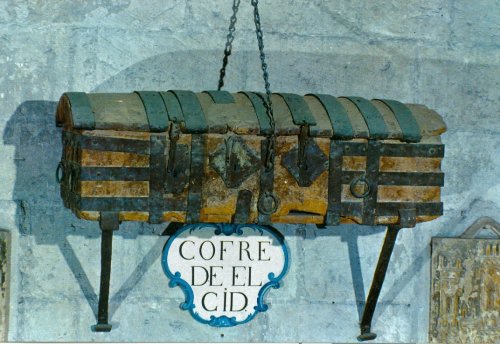 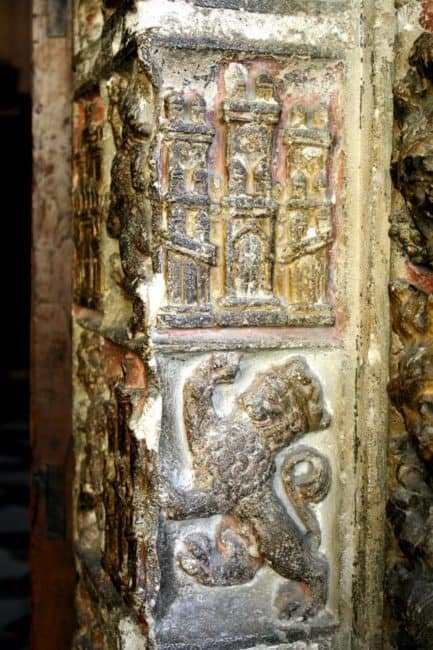 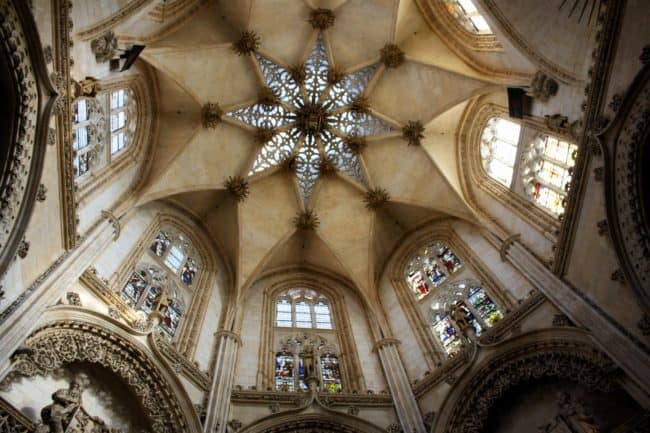 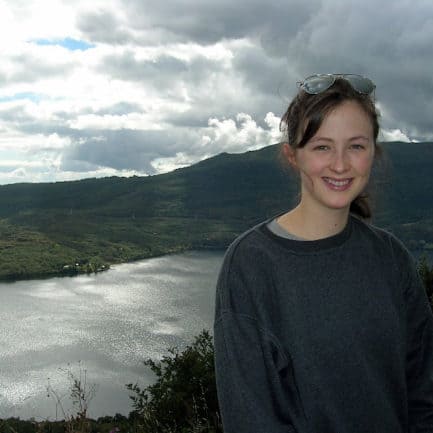 Kaley at the Lago de Sanabria Ok, get excited guys! I am starting (yet…Read More